I spoke to Stan Gribble, on Thursday, as he ate lunch at Captain Tony’s Restaurant next to our Pisces Sportfishing office in Cabo. Stan is an “almost local” with a home here in Cabo, but originally from Nevada. As I walked up to him I almost couldn’t help myself and blurted out how the marlin bite was back on and he needed to get out on the water. I write the weekly fish reports and knew that this wouldn’t last long, as the striped marlin had slowed way down since peaking in February. Thursday and Friday we were seeing four to six striped marlin caught and released per boat, but way up the East Coast, at Destiladeras, an almost two hour run from Cabo.

“I have some friends coming down this weekend that have never caught a marlin. Maybe we should go.”, said Stan in response, but little did he know, that only 3 days later these anglers’ first time marlin would be giving them the fight of a lifetime. 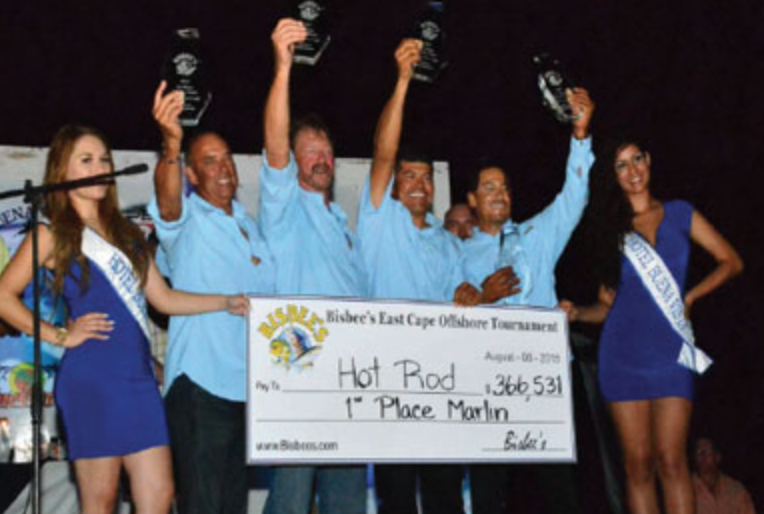 Stan and his group of four anglers went out on Sunday, aboard our 42ft Cabo Flybridge, Hot Rod. Captain Erick Orozco is no stranger to big fish, as he won the Bisbees Offshore Tournament in 2015 with a nice 409 lbs blue, which netted the team $366,500.00 dlls, and his biggest fish caught to date is a 862 lbs blue marlin. Still, he confessed to me that he was caught off guard by the almost 700 lbs black marlin who took his bait on this day. Just minutes earlier angler Jesse Schue had caught and released their first striped marlin, of about 100 lbs, which they released. They were now slowly trolling, with a live mackerel bait, in hopes of a second.

Erick painted the scene for me:

“All the boats were out there, you know how it gets when the striped marlin bite is at Golden Gate. We had just caught a striper about 30 mins before and then we got a hit on the live bait I had trolling. I just thought it was another striped, and It wasn’t until the fish jumped straight out of the water, that I realized what we had on the line.” 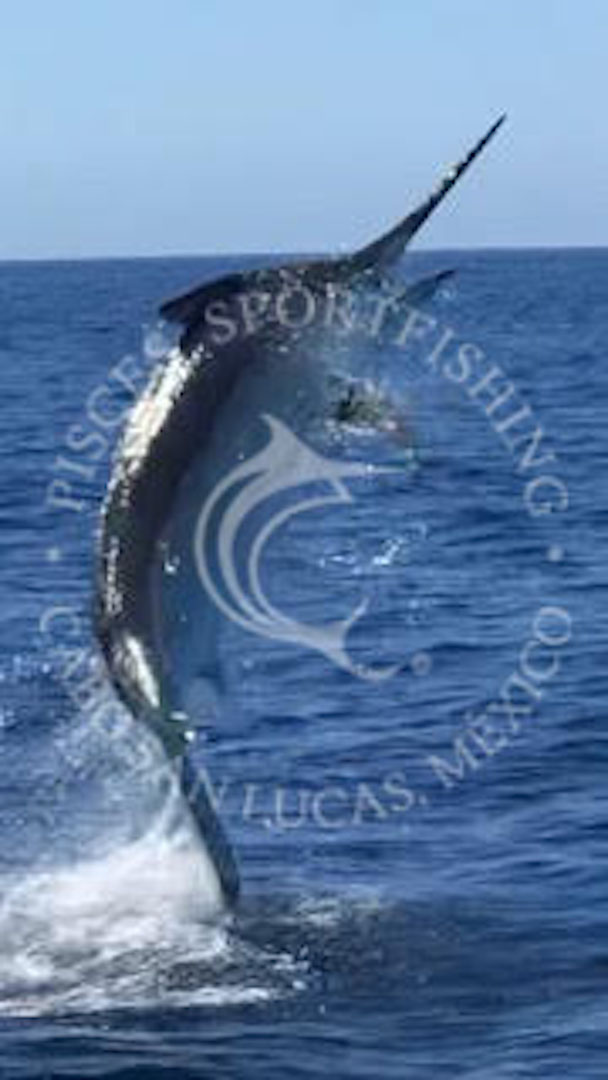 Erick did not have his lines rigged for a fish of this size, and the fact that they lasted as long as they did with this fish on the line impressed even Erick himself. The crew had a 30 lbs test line and a 100 lbs leader set on a Shimano Trinidad 20A reel. “I think the only reason the line didn’t snap earlier on was because we used a #9 circle hook that must have been placed perfectly on that fish’s mouth” Erick explained. “I never thought we were going to fight that fish for as long as we did. And I definitely didn’t think we would have it almost at the leader, which we did, once. But when we had it at only about a foot or two out of reach, the fish dug down deep.”

The total fight time was almost 3 and a half hours, with first time marlin angler Marisa Besson from Lake Tahoe being the first to take the rod and reel. She fought the fish for a good hour before passing on the rod to her boyfriend, Rafael Bogowolski who fought the fish for another solid hour. Even deckhand Jose Ramiro gave it a shot, and Craig Schue was the last to fight the fish, before it eventually won the epic three and a half hour battle.

Captain Erick ended up chasing and backing down on this incredible fish for an astonishing 8 miles, from Destiladeras to Punta Gorda, to no avail.

“You’ll always be the one that got away”, posted Marisa in her Instagram feed. 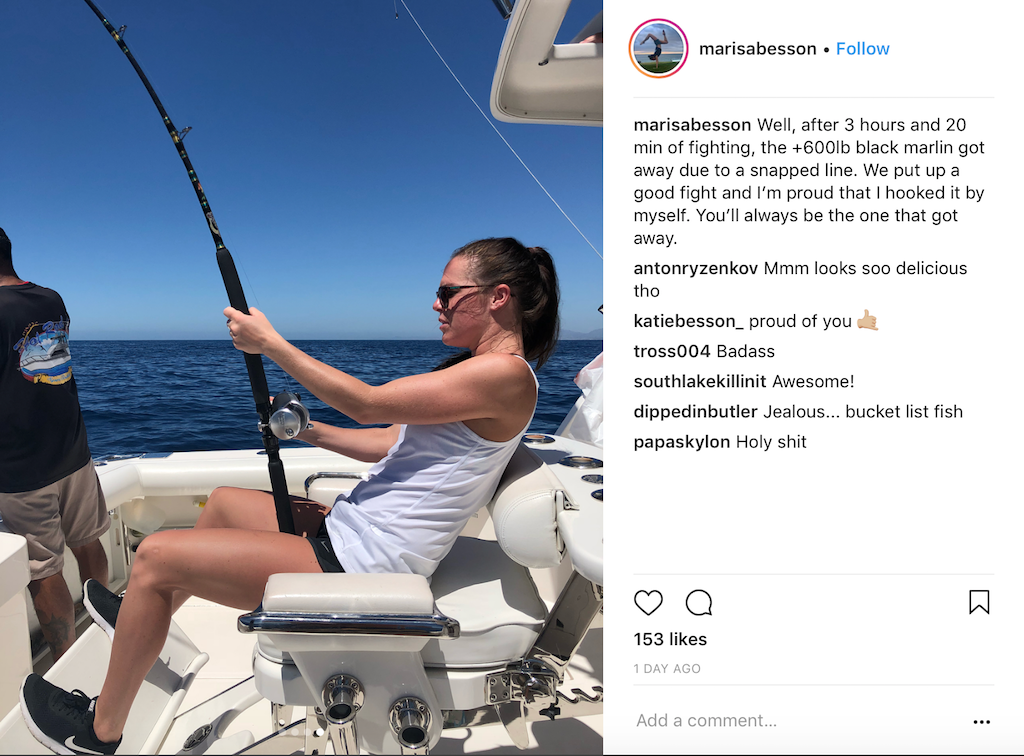 Let’s hope anglers are ready to fight a fish of this size in the upcoming tournament, just around the corner, The Pelagic Triple Crown: Cabo Summer Slam, June 8-10th. But, we’re also hoping this is just a small foreshadowing of what’s to come in this year’s tournament season. The Pisces 42ft Hot Rod is still available for charter for this year’s Pelagic tournament, as well as the Bisbees and WON Tuna Tournament. We’re pretty certain next time a fish this size hits Erick’s lure, he will be ready and it won’t be getting away. A huge congratulations to a great group of anglers for their dedication and persistence in fighting this fish…   And I think congratulations are in order for the fish who put up a fight of a lifetime, and lived to see another day.

PRESS PLAY TO SEE FOOTAGE OF THE BLACK MARLIN IN ACTION: