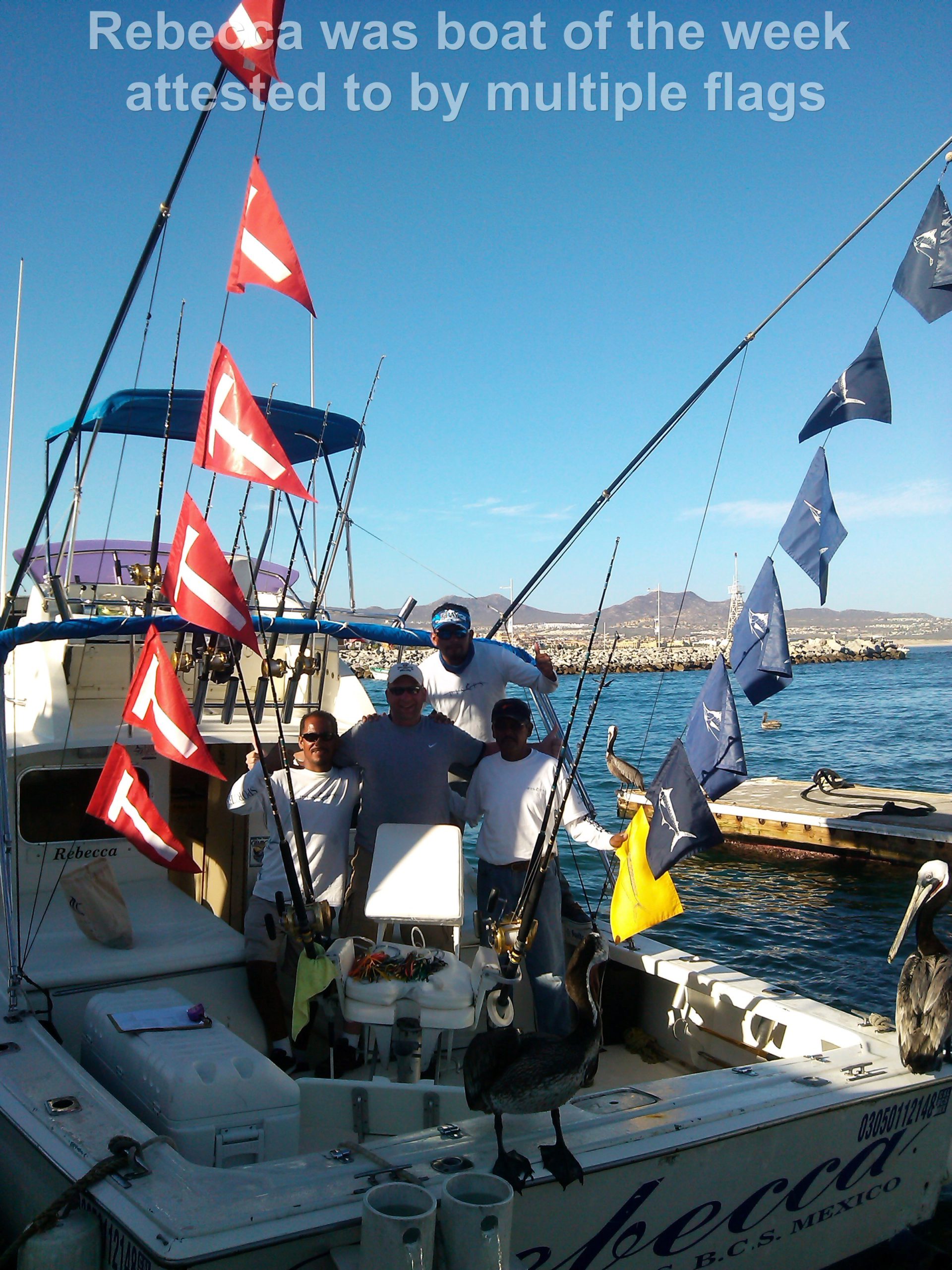 BILLFISH:  Although catch numbers were lower this week than the previous one, we were still very pleased with the fishing, because we had a full moon and some very windy weather – normally a recipe for poor catches – yet seventy six percent of our charters caught marlin. Not only that, we had some outstanding catches, such as those aboard Pisces Rebecca, who released seven striped marlin on April 12th for the Haran family from Dallas, Texas. All of their fish were released at the 11.50 spot after taking live bait or ballyhoo – these were our anglers of the week. This same day Pisces Valerie did not fare too badly either, releasing four marlin up to 120 lbs. for Gary Allison from Las Vegas. Next day out Rebecca was again the top boat, this time with four marlin for Duncan, Denisse & Christopher Roberts from Frisco, Colorado.  The wind blew for several days, typical for March, meaning we had several boats turn around with sea-sick anglers, nevertheless we were able to catch eight night striped marlin with all but one released.
OTHER SPECIES:  Well this section will be short as marlin dominated and this is what the captains concentrated on. We did have a few dorado – Ted Marsella, Brian Halligan & Tito Barilacchi caught two up to 25 lbs. at the 11.50 spot and also released three marlin, on, and you guessed it..Rebecca. Just eight percent of our boats caught dorado and almost without exception it would be a single fish, picked up when trolling for marlin. The only other fish we caught this week was a 150 lb. thresher shark caught by Craig Everly from Washington D.C aboard Bill Collector.
WEATHER CONDITIONS: Windy and rough.
LOCATION: 11.50 spot was the main place and some days Destiladeras.
AVERAGE WATER TEMP: 73 F
BEST LURES: Live caballito, frozen ballyhoo.