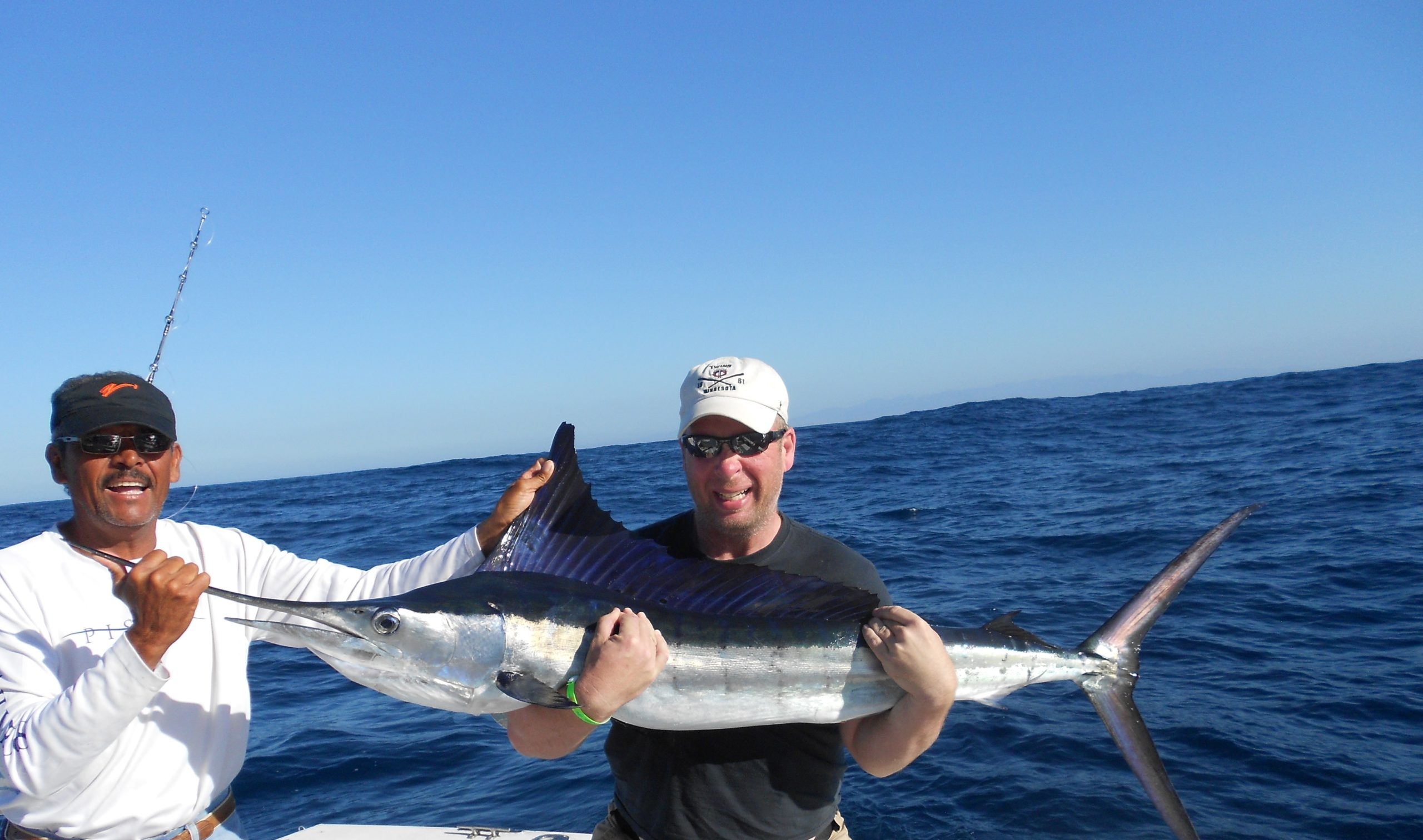 BILLFISH: This week was FANTASTIC for striped marlin catches in Cabo, with nearly every boat catching between one and six in a day, resulting in a lot of happy anglers. Best day of the week was April 5th, when thirty nine marlin were released, between nine of our boats!  The fish seemed to be parked at the 11.50 spot on the Cortez side, though occasionally the odd one was found towards Punta Gorda. Pisces Valerie, Ruthless & Bill Collector all had a half dozen marlin each caught on a combination of live caballito and frozen ballyhoo on April 5th. Next day out Bill Collector equaled this number again for anger Ross Kline from Reno, Nevada. John & Tamara Moskites, fishing with Todd Turner, all from North Carolina, were very pleased to release six marlin up to 140 lbs. aboard Pisces La Brisa on April 7th. This same boat followed up the next day with another six, this time for Russian angler Aleks Bezzubenko, with fish ranging from 90 to 130 lbs. Yahoo was not to be left out, as they also scored six for Michael Walters & Jennifer Smith from Texas also at the 11.50 spot. With the big moon coming on now though, we are likely to see a slight drop off in catches in the coming days. Ninety two percent of our anglers caught marlin this week, giving us a total catch of 193    fish, all released except one. 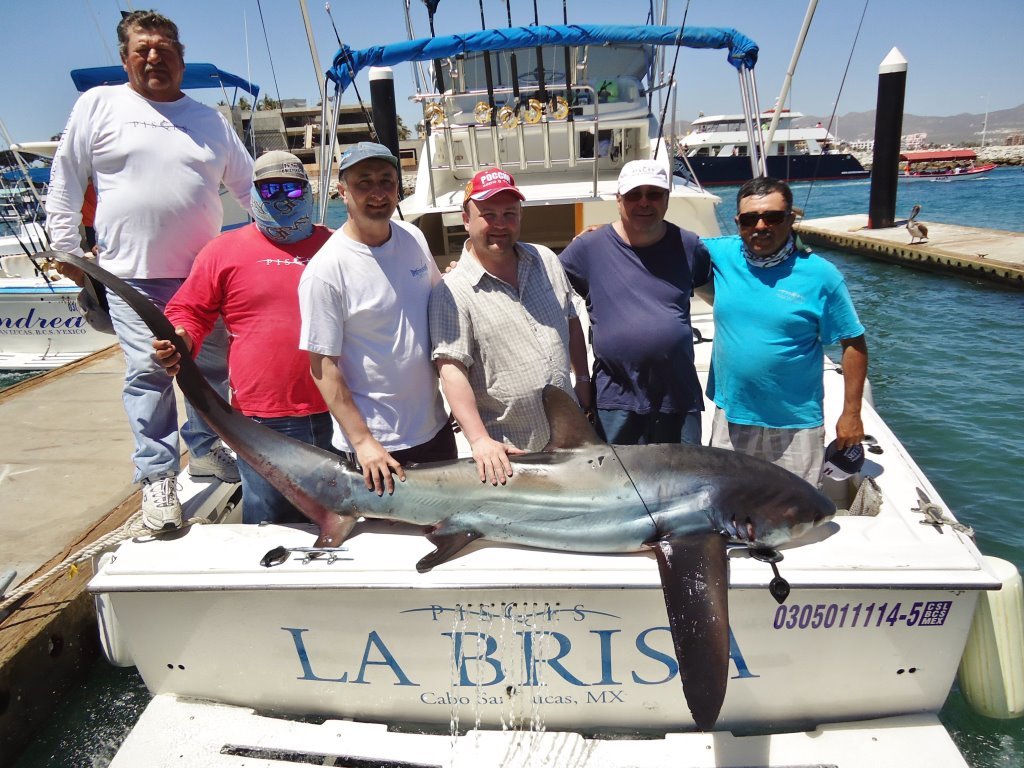 OTHER SPECIES: Because the marlin bit was such a sure thing, very few boats targeted other species, with tuna practically non-existent and dorado extremely sparse, out catches were very low for these species, with just three dorado and zero tuna. Inshore the pangas we sent caught a few sierra, jack crevalle & skipjacks. We did have some sharks though; Michael Bartlett from West Chester, PA released an 80 lb. pilot shark as well as three marlin, with his buddies Leo Cole & Bob McCullen.  La Brisa had the Russian guys out again, the time Aleks Bezzubenko was accompanied by  Nail Muzafarov &Nail Khakimzyanov (yes our dockmasters had a lot of fun spelling those ones) on April 10th when they released two striped marlin and a 150 lb. sardine shark, and they also caught a 152 lb. thresher shark, which they kept.
WEATHER CONDITIONS: Clear & calm.
LOCATION: 11.50 Spot.
AVERAGE WATER TEMP: 73 F
BEST LURES: Live caballito & frozen ballyhoo