BILLFISH: Marlin catches increased this week, but not by much. Almost all marlin caught this week were caught this Friday, April 29th, and all out at the 11:50 Spot. Almost every boat that headed out that way caught at least one marlin, with the Ruthless and Hot Rod catching 3 each. David Sandoval and friends from Austin, Texas, the anglers aboard the Ruthless, also landed two Pilot sharks that averaged around 120lbs, which they released along with their marlins. 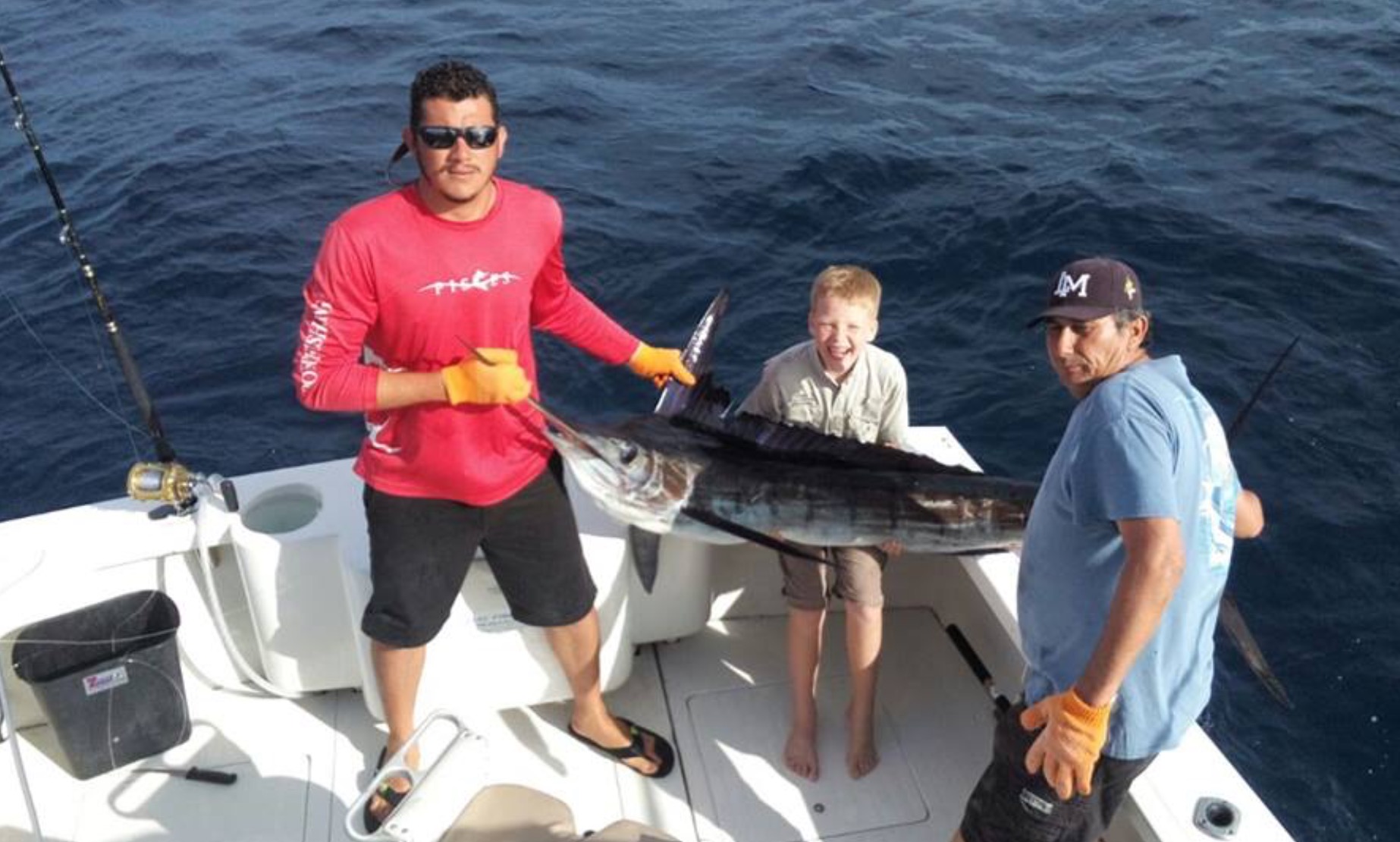 Keith Johnson from Georgia had a busy day out on the Billcollector on Wednesday. The crew headed out to Punta Gorda and hit the jackpot, catching 1 small striped marlin, 1 pilot shark, 7 skipjacks and 1 amberjack. All fish were caught on caballito bait. The Knot Working was also one of the lucky few to not only catch the marlin they were looking for, but also land the only yellowfin tuna caught this week. They caught the 25 lb. tuna along with a small grouper a few miles out from Las Viudas.

Pisces boats caught a total of 20 striped marlin this week.

OTHER SPECIES: Shark and small game fish have remained the majority caught this week once again. The Howards and Mr. Dailey, anglers from Washington who fished aboard the Andrea got their daily work out with their catch, a total of 37 fish, mostly triggerfish and ladyfish, as well as a small grouper. All their catches were found out of Migri?o, on caballito and ballyhoo bait.

Another busy day was for the Ruthless on Monday, with anglers Michael and Jill Steinbacher reeling in 12 triggerfish, 8 groupers and 5 ladyfish, also out of Migri?o.

The panga 3 Amigos decided to stay close to shore and found themselves catching 2 sierras, 1 roosterfish and 1 jack crevelle, all out from the Old Lighthouse.

We have also been hearing about rising tuna and wahoo bite out from Medanos in San Jose. Fisherman from over that way have been starting to see and catch wahoo and see schools of tuna, so we are hoping to see more catches of both of these next week. For now, only two wahoo were caught this week, one aboard the Rebecca, caught on green/black lure at Medanos and the other caught aboard the Flora T on caballito bait, both weighed around 20-25 lbs.

WEATHER CONDITIONS: Mostly clear skies, with seas a little choppy and wind coming up in the afternoons.

Based on the catches of Pisces by Rebecca Ehrenberg