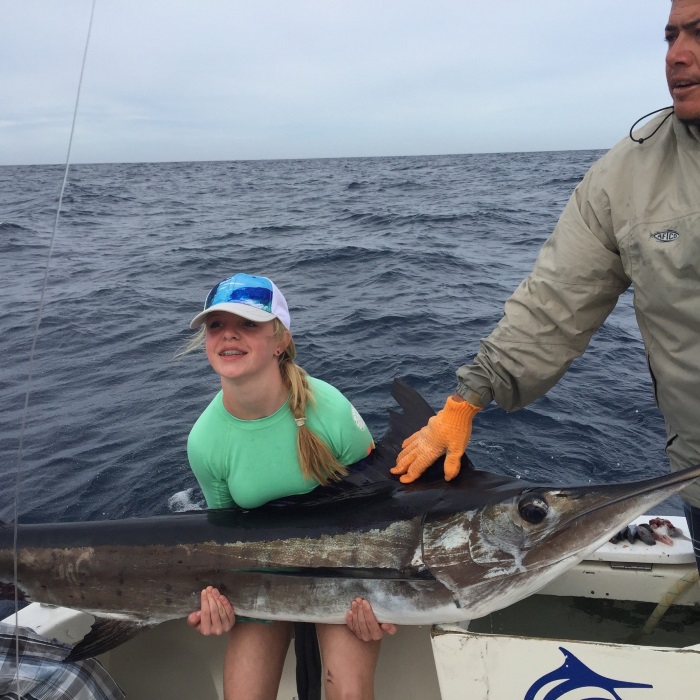 BILLFISH: Marlin numbers were up slightly from last week, but are still nowhere as good as we would like them to be. We checked last years’ fish report and saw that it was pretty much the same as this year. The weather is still pretty cold for this time of year and it has been rather windy on the Pacific side, which could be a contributing factor. Captain Orlando out on his 28 ft. Andrea started out the week well, as he heading to the 11.50 spot and Punta Gorda with Andres Villafante and friends from Mexico on board; they were very fortunate to release two striped marlin one a baby at 40 LBS and the other perhaps it’s daddy at 140 LBS. They also caught and released a 90 LB pilot shark on live caballito. This same day Bill Collector had an action packed day, fishing a little further up in the Sea of Cortez at Destiladeras with our very own Melissa Espino and friends on board. They were able to release a striped marlin, hammerhead shark snapper and couple of triggerfish. We were surprised to see a couple of early season sailfish, but then again water is warmer than normal. Adam Padgett released a nice 75 LB sailfish twenty five mile out from San Jose aboard Pisces Listo. On April 11th the crew of the Tracy Ann were able to show off their marlin skills and were able to release a couple of striped marlin that were estimated at 130 & 160 LBS at the 11.50 spot from New Jersey anglers the Moore family. Another boat that had a two marlin day was Andrea for David Mays, who got both of his fish also at the 11.50 spot on live bait. There were plenty of boats that spotted marlin but just could not get a hook up. Pisces anglers caught a total of 19 billfish this week; all but one released. 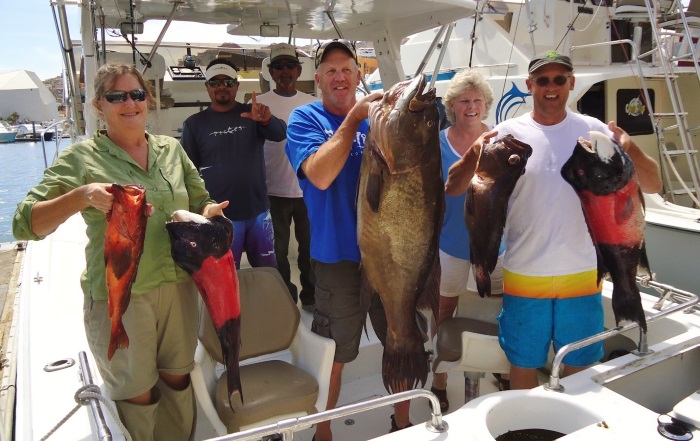 OTHER SPECIES: Where the marlin lacked, the smaller game took up the slack with multiple catches possible of a variety of fish in a day. Let’s take the Andrea with the Zelms from Arizona aboard: they released a large 220 LB hammerhead shark, and caught a sheephead, 6 ladyfish, 2 grouper, 3 triggerfish and 2 pintos. Or Tracy Ann fishing at Migrino on the Pacific for the Murray party; they caught 12 grouper, 10 babosas, 2 sheephead, 6 red snapper, 1 ladyfish, 2 mulejinos and 1 sea bass in other words a total of 35 fish on a day trip. One of the most enviable catches was aboard Hot Rod who caught two wahoo for John Pritchard. There were some tuna catches this week but the fish tended to be small at no more than 15 LBS and catches of up to eight fish, usually at San Jaime. A couple of small dorado were also caught.  To summarize plentiful catches of grouper, triggerfish, ladyfish, some snappers, sierra, skipjacks, yellowtail and sharks.