BILLFISH: We have had slow fishing for marlin and as we approach the March “doldrums”, they are certainly living up to their name. A big moon did not help either, but that said the marlin were hard to locate anyhow. Nevertheless our crews came through for some anglers that were in the right place at the right time with a hungry fish in vicinity. First striped marlin of the week was aboard Pisces Valerie Mike McCoy & Dickson Ganstra from Iowa. They were fishing in front of Margaritas on the Pacific and hooked a small 70 LB striped marlin which they released, followed by a 25 LB dorado which they kept. To keep the anglers busy the crew set them up on light tackle & they spent the afternoon reeling triggerfish to the boat; the majority released. Utah anglers Michael & Sandy Kelly, along with friends, were some of the lucky anglers to catch a marlin this week too; out on Pisces La Brisa on February 23rd, theirs was a huge striped marlin, estimated at 200 LBS, but thankfully released- they also got one yellowfin and eight skipjacks fishing at Los Arcos. Adriana released a striped marlin for the Chilivetis family from Texas, which was estimated at 120 LBS as did Bill Collector, though theirs was a little larger at around 140 LBS. Last marlin for us of the week was aboard C Rod, caught off of the Old Lighthouse with an approximate weight of 120 LBS, also released; angler was James Resendez from Texas. Just 5 marlin for us this week, but thankfully all were released. Smaller game took up the slack on most days and Pisces boats achieved an overall catch rate of 70% for all species combined, dominating the marina when most other fleets came back “skunked”. Our boys worked harder and went further. 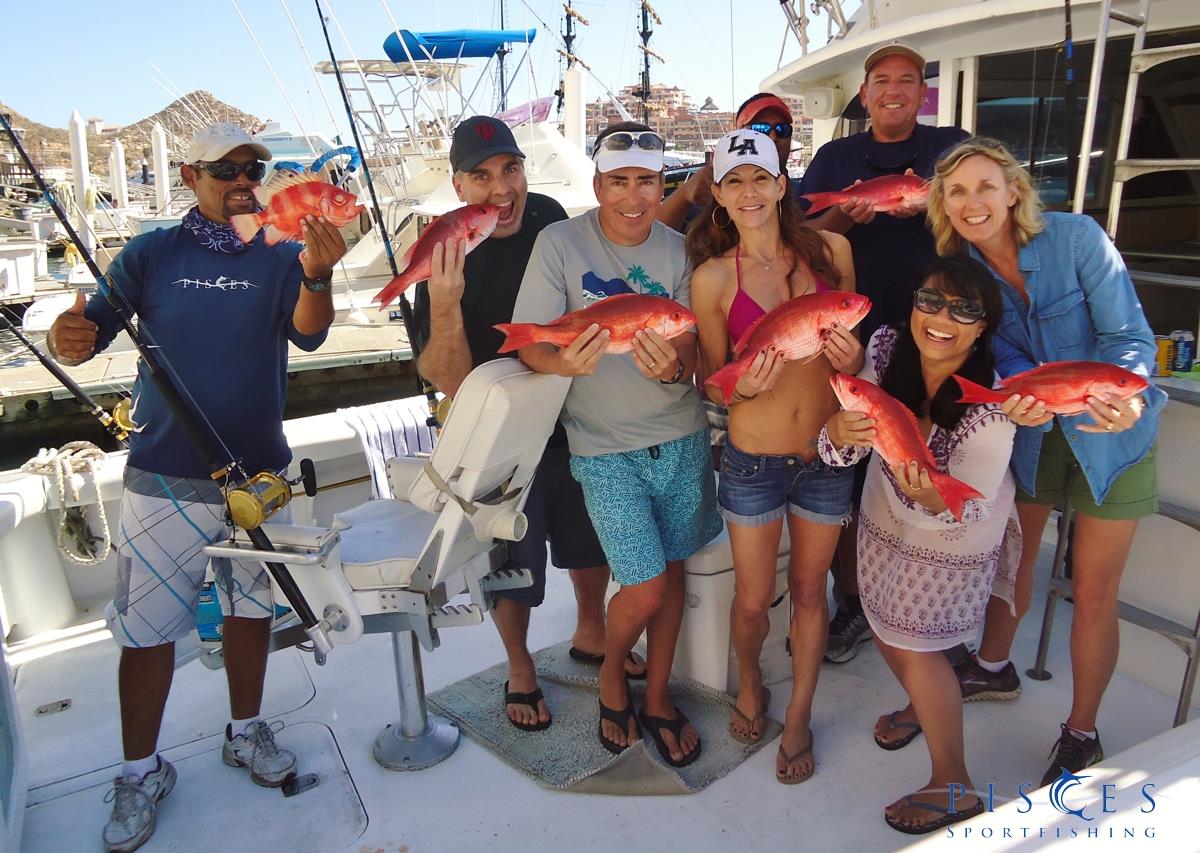 OTHER SPECIES: Yellowfin tuna were our saving grace this week with thirty percent of our charters catching fish in the 10 to 20 LB class, though some boats found fish up to 40 LBS. Thomas & Brenda Reed from

Louisiana headed out 30 miles aboard Pisces Andrea but were glad they did when they ended up catching twenty two tuna. La Brisa had a good tuna day on February 24th, for Jeffery Pries and party from Michigan with seventeen tuna in the area. Tuna champs of the week were a group of anglers headed up by Rory Anderson from Utah, with thirty tuna caught 25 miles from the Herradura. We never thought we would see a week where triggerfish were the top catch but it happened; we had almost 200 this week- not exactly big game, but fun if you gear down to light tackle. Small game accounted for the majority of our catches this week, dominated by the triggerfish but also with lesser numbers of skipjack, roosterfish, ladyfish, grouper, yellowtail, snapper, sierra and pompano.

Based on the catches of Pisces by Tracy Ehrenberg.