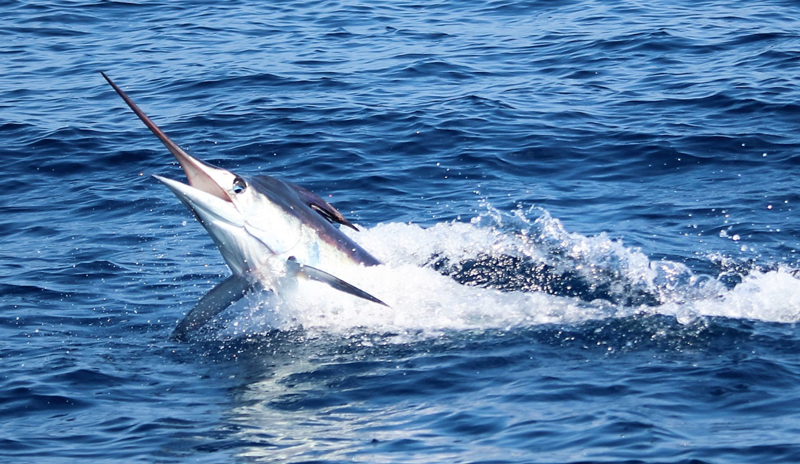 MARLIN: Every single boat out this week caught fish, quite an achievement by any standard. Fishing is off the charts and we have plenty of happy anglers and crews. We say steady marlin catches throughout the week plus a good mix of other species and lot of sharks. We had a great group from Hastings, which is in Sussex, England on their first trip to Cabo, who did very well; on May 28th they released five striped marlin up to 130 LBS aboard Pisces Ruthless. The group consisting of Chris Paine, John Thomson and Terry Chedzoy had a lot of fun the next day out, when they released three marlin and SIX pilot sharks; that’s a pretty busy day. As if this wasn’t enough this same group and boat went on to catch and release five striped marlin and four pilot sharks on May 30th then seven pilot sharks on the 31st. The same day on which La Brisa had Jeffrey Hemingway and friends on board (how can you not catch fish with a name like that?) released five striped marlin and three pilot sharks. Cory Pardon and the Nogosek family were out on the ever popular Tracy Ann the same day and managed to release four striped marlin and seven pilot sharks – that’s a lot of work. The Arnold family were in for a surprise as they fished on Tiburon. They were hooked up to a marlin that was near the boat when it was attacked by a shark, bitten and died, meaning they had to bring it on board. They then went on to catch a shark, not sure if it was the attacker or not, but by law they had to release it, so it didn’t get its dues. There were plenty of great catches, too many to mention, throughout the week resulting in a total catch of 109 marlin of which 107 were released. 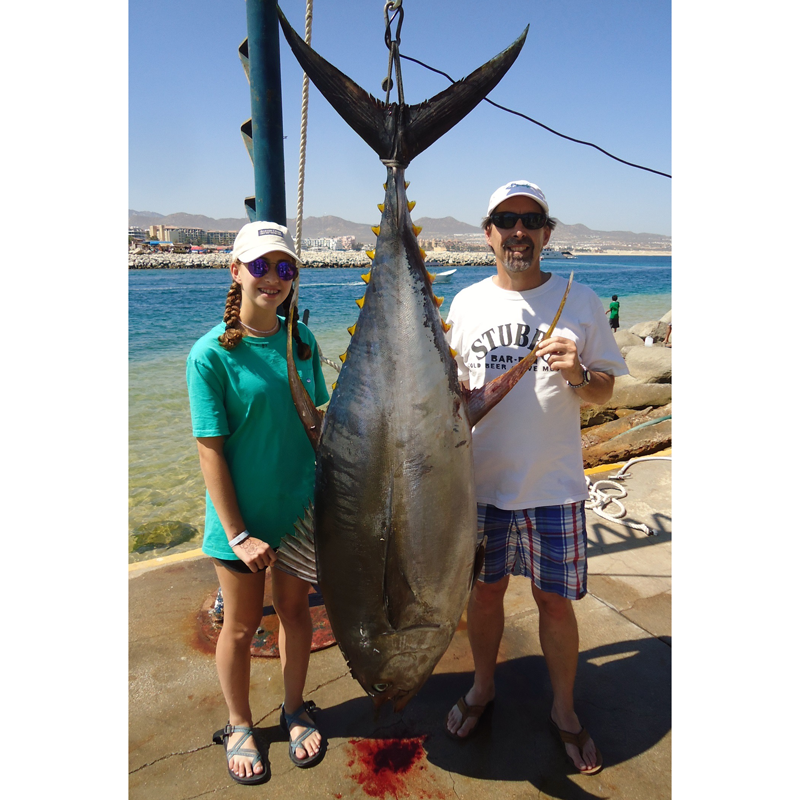 OTHER SPECIES: There were more tuna caught this past week than any other fish, 388 in fact, most of them small between 10 and 25 LBS, the one exception was Pisces Valerie who has a muscle aching 197 LB tuna that they caught at the at the 11.50 spot, which took an hour and half to subdue and get in the boat.  Boats routinely caught tuna limits with some incredible catches, such as 40 in one day aboard La Brisa by Joe Glass and party, though many were released, they kept enough for a fish feast that was prepared at Captain Tony’s while the rest were released. There were lots of other tuna catches in the double digits which kept anglers busy and tired. Sharks abound in the area and are usually in the same area as the marlin – the Mondich family from Iowa had a superb day aboard the aptly named Pisces Tiburon, which means shark, as they released TWELVE pilot sharks up to100 LBS and one striped marlin – all released, so figure they reeled in 1300 LBS of fish, that’s quite a workout.  The majority of sharks were what locals call pilot sharks, which are silky or bronze/whaler sharks. Fifty three percent of our boats caught sharks giving us a total catch of 93 fish. Dorado are gradually increasing but are still not plentiful, nevertheless thirty percent of boats caught one to four fish. There were a variety of small game catches such as jack crevalle, roosterfish, bonita, skipjacks and sierra. There were a few nice wahoo also caught.

LOCATION: 11.50 spot, Herradura, off of Pedregal and Old Lighthouse.

Based on the catches of Pisces by Tracy Ehrenberg.