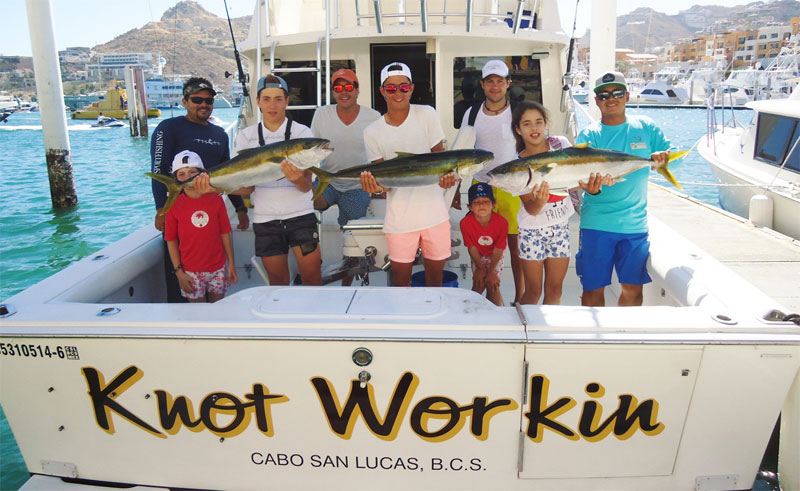 Yellow Tails made the fun to young family Rold?n Acosta and friends visiting from Mexico City, aboard the 35ft “Knot Working” with Captain Tito.

Based on the catches of Pisces by Ady Moya