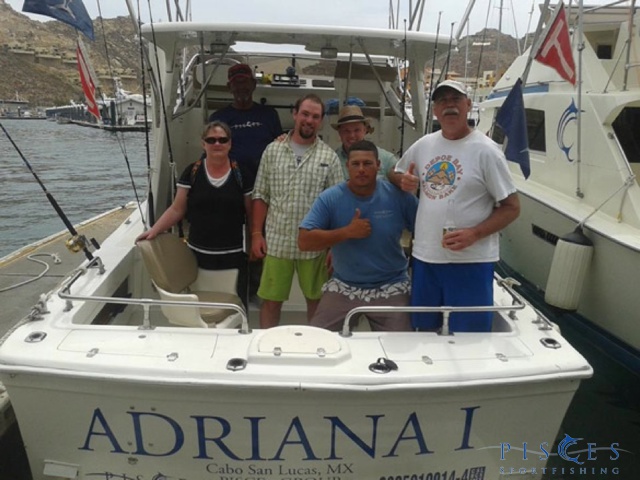 Adriana, one of our top boats, SIX marlin in one day!

BILLFISH:  This week produced great catches that remained consistent throughout the week and some red hot fishing that we haven’t seen in months.  The striped marlin bite was great at the 11.50 spot as far as Punta Gorda & multiple marlin catches per boat occurred on several days.  One of the best days was May 21st, when 28 ft Adriana caught six striped marlin up to 150 lbs for Alex, Brenda, Jeff & Joe from Kalispell, Missouri.  Listo the 35 ft Cabo, also had six marlin all on live caballito for a group from Colorado.  Joseph Capezio from & friends from California had an amazing time aboard Tracy Ann as they released four striped marlin & five pilot sharks.  Calvin Baker from North Carolina also figured in our top anglers for releasing five marlin up to 120 lbs on the La Brisa with Captain Rey Winkler.  The Valerie had a quadruple marlin day for the Bateman’s from Texas on May 20th.  Striped marlin were not the only catch this week we also had a couple of sailfish both aboard Rebecca – the first catch was for the Rasmussen family from New Mexico – they had a busy day, releasing the sailfish, plus three striped marlin & two pilot sharks – what a day!  The next sailfish was caught by Jake Steinsberg who also released three striped marlin at the 95 spot.  Catches for other boats were of one or two fish.  We also heard of a 700 lbs blue marlin caught out of San Jose, however, the disturbing part is that we were told it was never weighed but was sold on the black market – remember marlin is a species reserved for sportfishing & cannot be sold commercially.  Pisces anglers caught a total of 96 striped marlin this week & two sailfish, all released except one. 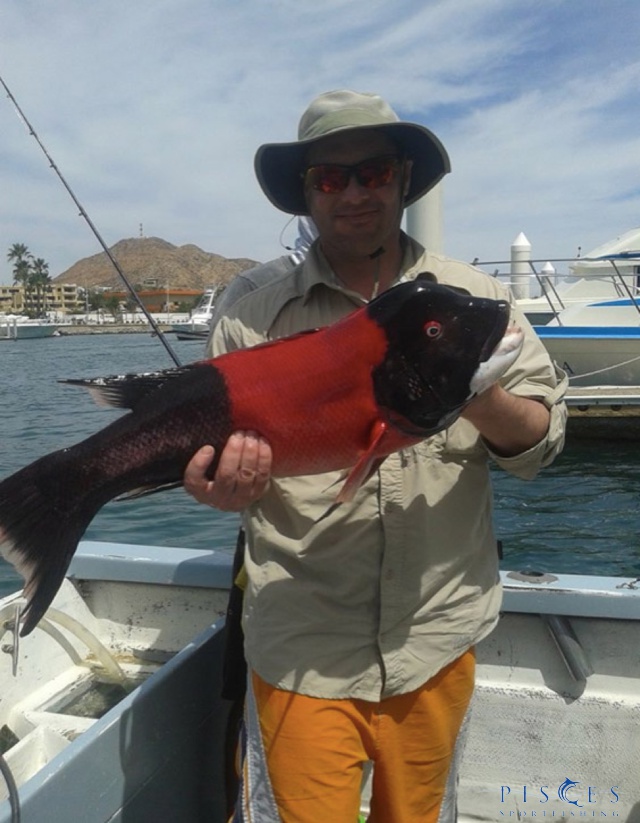 OTHER SPECIES:  A lot of sharks were caught this week mostly pilot sharks (presumed to be silky sharks) with as many as five caught on a single boat.  A couple of thresher sharks were fought, one aboard Listo estimated at 160 lbs by Russell Daniel, who also released three striped marlin at the 11.50 spot.  The other was caught aboard Shambala & was around 120 lbs.  We saw a slight increase on dorado this week with a half dozen caught up to 30 lbs.  Wahoo catches also picked up with a nice 50 lb’er aboard Bill Collector at Destiladeras.  Knot Workin did not catch as big a wahoo but did catch eight up to 35 lbs off of Cabeza de Ballena for Richard Campbell & friends.  Smaller game accounted for forty two percent of the catches this week.  Skipjacks, grouper, bonita, triggerfish, mojarras, roosterfish, snapper & sierra were all caught.  One of the more unusual catches was a “vieja” or sheep’s head aboard the panga Salsa. 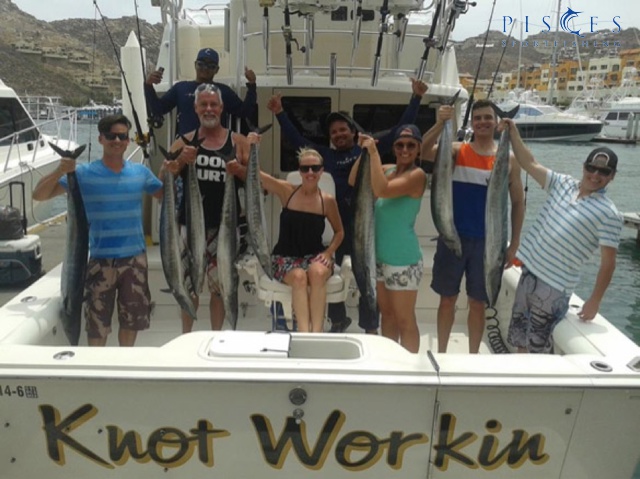