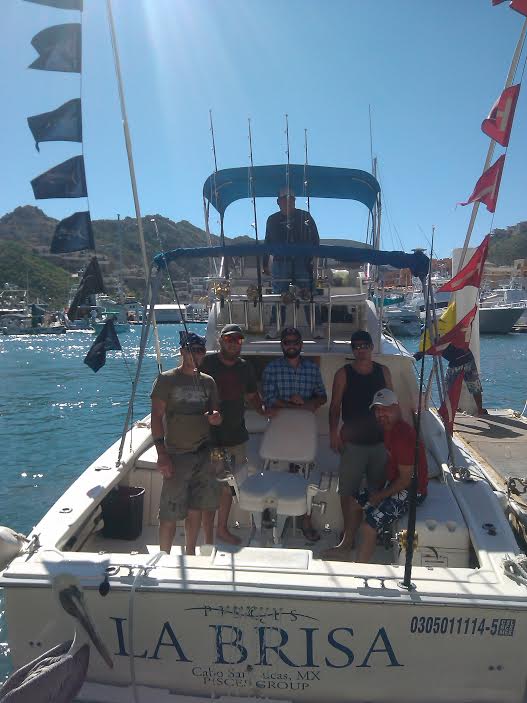 What an outstanding week for Pisces Sportfishing,
every single boat that went out caught fish and several of them, for
that matter.  Although billfish weren’t the majority fish caught this
week, the fleet still managed to catch 72 marlin and six sailfish , with
all but one marlin being released.  Chic from Scotland aboard the Valerie,
managed to start off the week very well in this department, catching
and releasing five striped marlin and eight dorados.  This made Valerie
the boat with the most billfish catches this week.  However, we did see
quite a number of boats catching sailfish this week as well.  The La Brisa
had an outstanding day on Tuesday, with Ladean and Dorren and friends
from Tulsa, OK, releasing a sailfish around 80 lbs as well as a striped
marlin.  They also caught 25 dorados and two wahoos!  Dorado catch
limits of two per angler were respected; both billfish were caught
outside of Gaspareno.

Barbara and friends aboard the Tiburon
also managed to catch and release two sailfish and one nice sized
striped marlin around 180lbs on caballito bait outside of San Jaime and
Pozo Cota.  They also caught one dorado on a blue and white lure in the
same area. 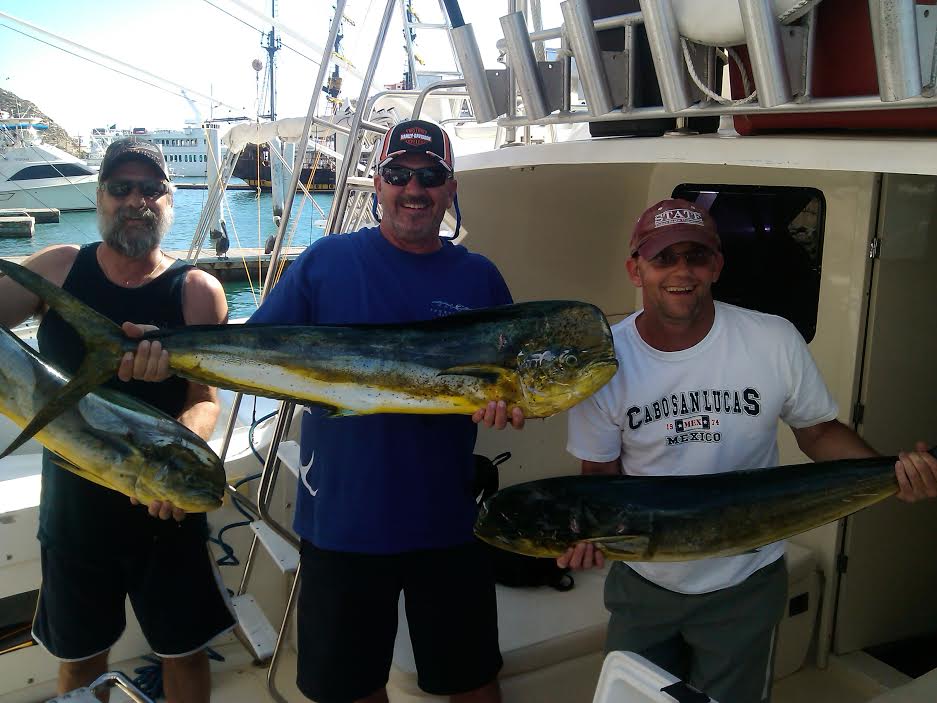 Dorado topped the charts for the number one
species caught by our boats, with all but twelve boats this week landing
at least one.

It was hard to choose which was our leading boat this week as so many did an outstanding job and caught many fish, however the Rebecca
wowed us with an awesome catch of 25 dorados and two striped marlin.
Again, dorado catch limits were respected and both marlin were
released.  The dorado were all caught on lures, both white and blue as
well as green, out at Gaspareno.

The Bill Collector
had a great day on Saturday, with twelve dorados and four yellowfin
tunas reeled in by Linda and friends from Virginia.  The dorados
averaged about 20 lbs and the tuna averaged about 30-35 lbs, all were
caught outside the Cerros de Arena and San Jaime on cedar plugs and blue
and green lures.  The anglers also landed one striped marlin and one
sailfish, both released.

The Listo,
with anglers John Delaney and friends from Arkansas found luck outside
of Golden Gate catching 18 dorados and four wahoo on lures and one
striped marlin, released, on caballito bait.  The Andrea
and anglers from New Jersey found wahoo and dorado luck at Migrino and
Golden Gate, catching seven wahoos and thirteen dorados on lures: green,
purple, and white and blue.

Other species caught this week were sierra, roosterfish, grouper, skipjack and bonitas.