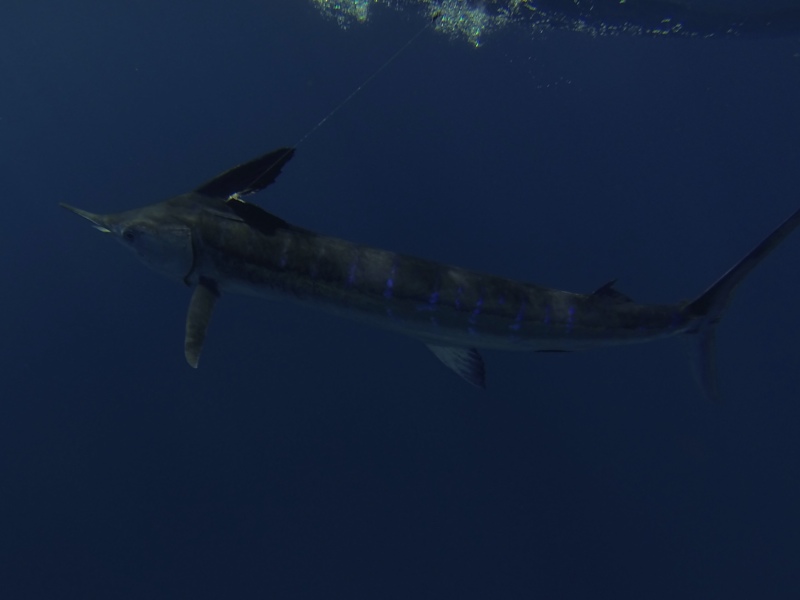 BILLFISH: This week we had steady marlin catches even though we had a big moon all week – the general rule is that the marlin bite drops off when the moon is big as they have an opportunity to feed all night. The fish were fussier about eating this week, preferring almost exclusively live caballito, they would come up and mouth the dead ballyhoo offered but would not take it or lures.  Plenty of marlin are being seen, mostly solitary fish and sometimes in groups of two or three with the majority seen close to shore, however the hooks ups were occurring about six miles out. One captain told us that that on December 19th they cast bait to twenty five marlin and managed to catch and release four. The majority of them were smaller fish, barely making 100 LBS and the largest no more than 120 LBS. Some of the better catches were for Pisces La Brisa with four striped marlin released for Jeff & Amy Holkan from Casper, Wyoming on December 16th and five released aboard Pisces Tracy Ann as well as four dorado boated, for Jim Gebhardt & family from Washington. A couple of late season sailfish were also released. Overall seventy two percent of our boats caught billfish resulting in a total 56 billfish, all released. 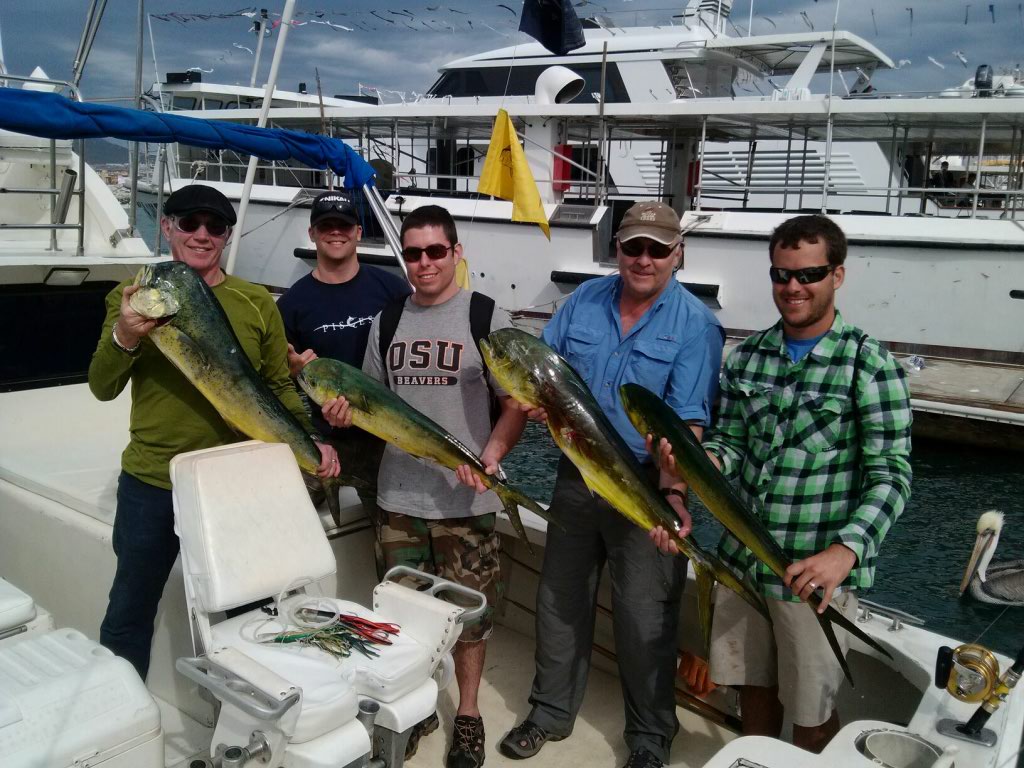 OTHER SPECIES: December signals the arrival of sharks in the area, but for several years we did not see any, that is until last year, when they started to reappear.  Tracy Ann caught a large Thresher shark that was a little over 150 LBS and Ruthless released a 50 LB mako shark. Dorado was steady but decreased a little this week, a pattern that will continue into January. Sixty five percent of boats located dorado and when found the numbers ranged from one to seven or eight, the exception was Bill Collector who caught twenty plus a striped marlin for Ginni Madsen & Michael Davis from Richmond, Canada. Weights on the dorado ranged from 15 to 30 LBS and our total catch was 118 fish. Inshore boats caught the odd striped marlin , skipjacks and needlefish.
WEATHER CONDITIONS: Partly cloudy, seas moderate.
LOCATION: Pacific, Los Arcos Cerros de Arena, Golden Gate, Margaritas, Old Lighthouse.
AVERAGE WATER TEMP: 74 F
BEST LURES: Live caballito, ballyhoo, dorado colored lures, pink/red