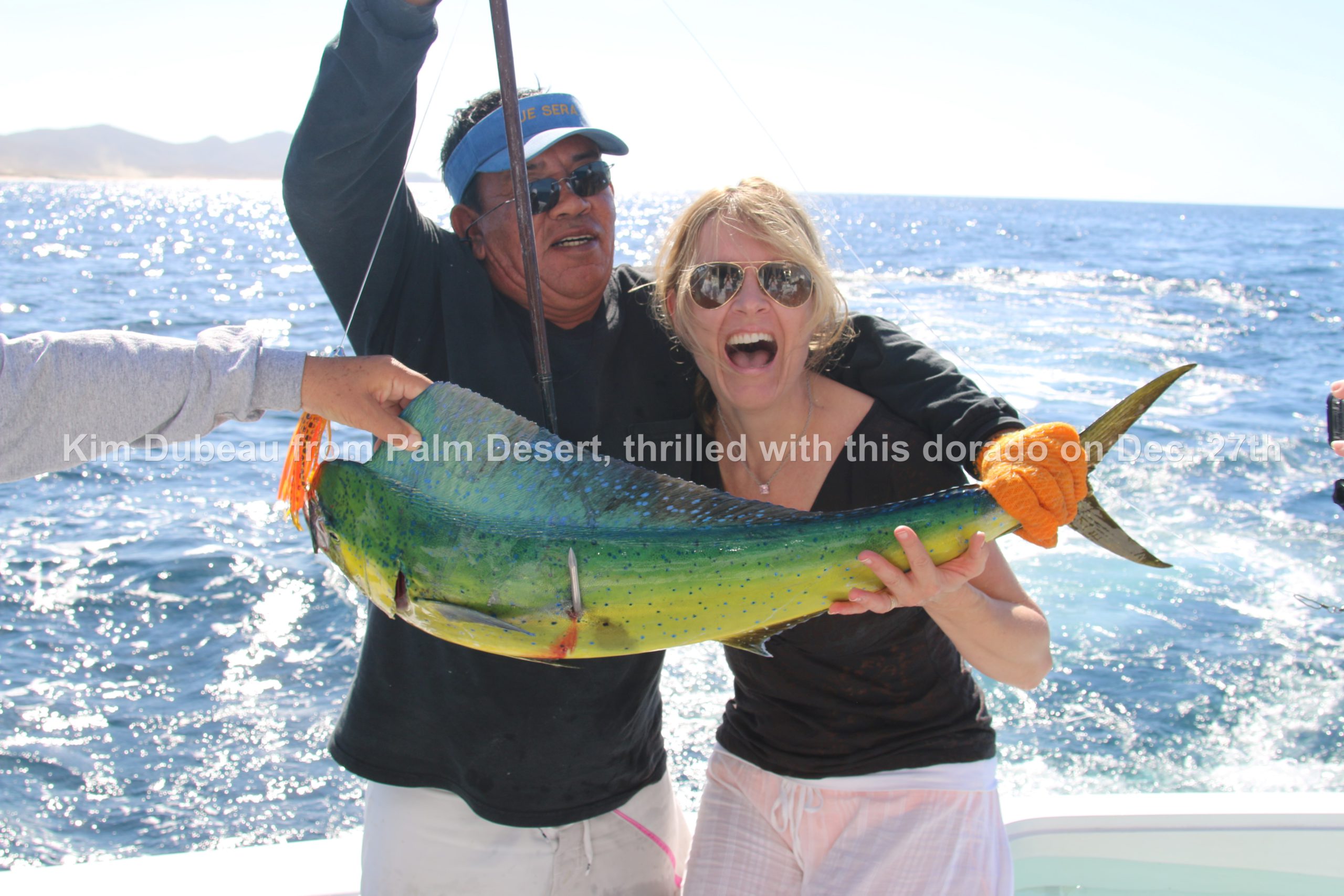 BILLFISH: We had quite a dramatic slowdown on marlin catches this week, down from seventy two percent last week to thirty five percent this week. Now, that is not to say they are not here, they are, but are a little more difficult to catch.  On several days this week mobs of boats could be seen in a tightly packed area off of the Old Lighthouse. The reason is the yearly phenomenon of bottom fishing for marlin. This happens over a few weeks when they are down deep, feeding on plentiful bait at lower depths. A great deal of patience is needed and they will come and touch the baits and even mouth them but getting a hook up has not been easy. Other free swimming marlin have been seen close to shore but didn’t seem much interested in what was offered either. So just as we start to sound gloomy about the marlin bite, Pisces Tracy Ann went and caught an out of season blue marlin that was around 420 LBS. This vessel was out on December 22nd with anglers from Papillion, Nebraska, Jacob Cockle & Mason Becker aboard and headed up to the Herradura where the huge fish hit a blue & white lure. The fish took them one hour and thirty minutes to leader on 60 LB test line. Another notable catch was that of the Sullivan family from Roswell, Georgia, for releasing four striped marlin up to 120 LBS aboard Pisces Yahoo.  There were other catches of usually a single marlin and more rarely two or even three. The bite will get better & meantime the dorado are cooperating. Pisces angler caught a total of 33 billfish this week, all but one released.
OTHER SPECIES: Dorado catches were pretty consistent if you found the right area which seemed to be a mile from shore in the Migrino to Margaritas area. They took a combination of bait and lures – the smaller ones under 15 LBS were released and those kept were in the 15 to 25 LB class. Catches ranged from one to fifteen, the most for any one boat, which was Pisces Rebecca on December 24th for Jack Sullivan and party from Arkansas. Our total dorado catch was 151 fish. Yellow fin tuna put in a brief appearance if you were dedicated at finding them, but only twelve percent of boats caught up to a half dozen football size fish. A 40 LB mako shark was released aboard Ruthless and inshore there were catches of white skipjack (good eating) as well as black skipjack, a few sierra & one 25 LB wahoo.