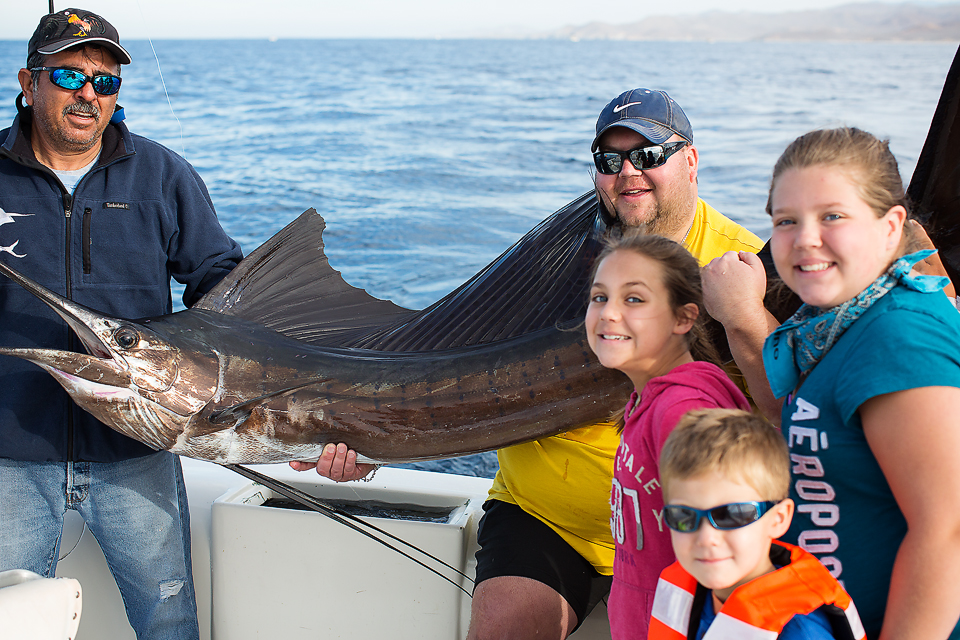 BILLFISH: Fishing was really good in Cabo this week and although striped marlin catches edged out the other species as the most likely catch, sheer numbers of tuna beat them by far. This made for great fishing because not only did close to half the boats catch marlin, they could also load up on tuna and even dorado which made a brief comeback. No doubt about who took top honors for striped marlin; Pisces C Rod caught and released eight in one day for Nate Springer, Kevin Vivian & James Lambard on January 19th at  Golden Gate, these same guys also released four marlin the previous day on the same boat.  Other boats caught one to three marlin in the 100 to 160 lb. class. The marlin took live mackerel or frozen ballyhoo and were caught on the Pacific with the Golden Gate area the most productive. Forty eight percent of our charters managed to hook striped marlin. Jamie Price from Minot, North Dakota brought the family for a fishing trip and ended up being the only anglers to catch & release a sailfish a little closer at Migrino aboard Pisces La Brisa. Our total billfish catch this week was 66 marlin and 1 sailfish released. 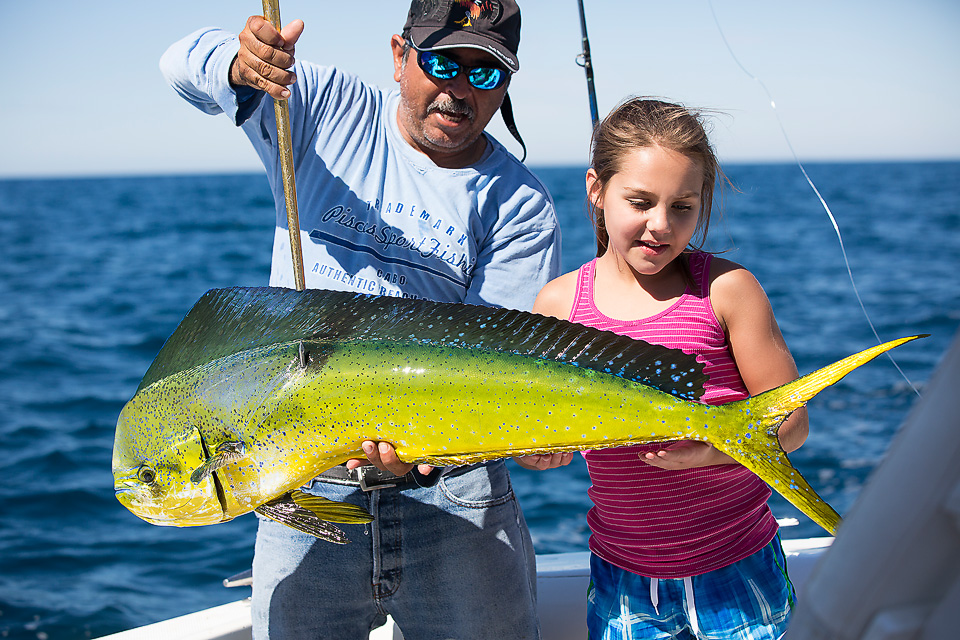 OTHER SPECIES: It is interesting to see how many large sharks are being caught. For several years shark catches  dropped dramatically but they are making a comeback as we can note in recent catches such as a 100 lb. thresher shark aboard Tracy Ann, a 135 lb’er aboard Fearless, as well as a 145 lb. hammerhead on a panga and an 80 lb. mako aboard Petrolero. These catches are considered special and anglers want to keep them, but hopefully more fishermen will choose to release them as time goes one, even though it is a much more difficult task than releasing marlin. Yellow fin tuna catches were great this week with the average catch being twenty two fish per boat with some, such as Tracy Ann catching as many as 40 in a day; of course many were released to stay within the quotas. The best spot for tuna was San Jaime on the Pacific with cedar plugs the standard catch method – weights were seldom over 20 lbs.; lots of fun on light tackle. Forty percent of Pisces boats caught tuna this week giving us a total of 550 fish. After three weeks of declining, dorado catches bounced back for a couple of days and boats were able to catch between one and fourteen in a day – top boat was La Brisa with the Price family from North Dakota.  Weights ranged from 10 to 30 lbs. with Migrino one of the better locations to find them.  Thirty two percent of our boats caught dorado giving us a total catch of 98 fish. A combination of green colored lures and live bait worked for dorado. Pisces Bill Collector a fabulous day on January 23rd with a striped marlin released, twenty five tuna and the highlight of the day an 85 lb. wahoo that took a feather intended for tuna – great day for Mark Chiavetta and friends.
WEATHER: Amazing, clear skies, mostly flat seas, warm days and nights.
LOCATION: Golden Gate, San Jaime, Migrino, Lighthouse.
AVERAGE WATER TEMP: 73 F
BEST LURES:  Live mackerel, ballyhoo, cedar plugs, green colored lures.