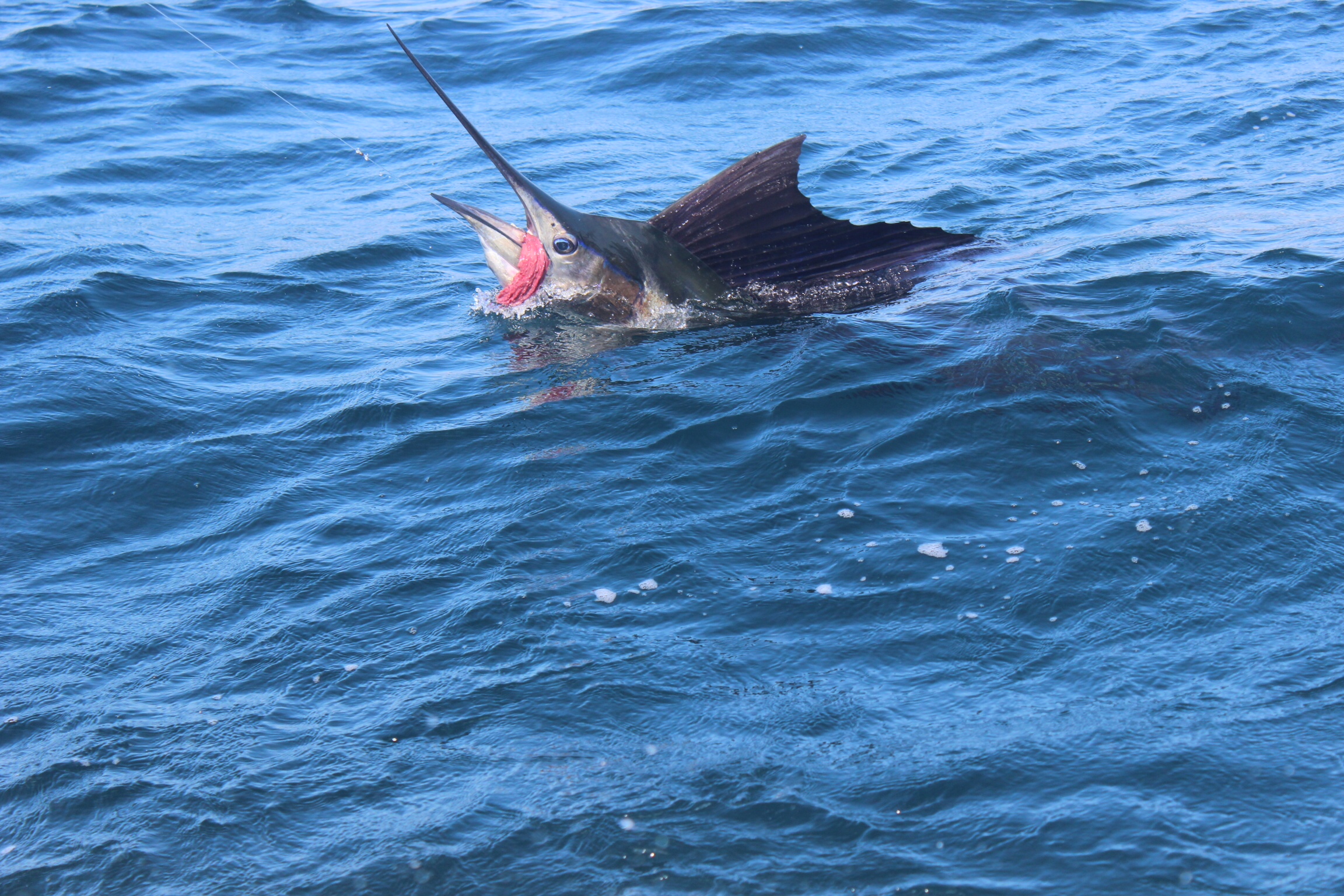 BILLFISH: We had an excellent week here in Cabo with plenty of billfish action; in fact these were the most likely catch to be encountered when out on a charter. The surprising thing though, was the number of sailfish, which outnumbered the marlin this week. Consistent blue marlin catches, also added to the success this week. The blue marlin are not huge with fish seldom being over 300 lbs., nevertheless we had a lot of first ever blue marlin catches for different anglers, who commented on the difference in strength between these and the more commonly caught striped marlin. David Webber from Roland Park, Kansas managed to reel in a blue that took a blue and white lure at the Herradura aboard 28 ft. Pisces Adriana on July 5th, with his fish right around the 250 lb. mark. This same day, Pisces La Brisa went out 30 miles from Land’s End where they got Chris & Pamela Trawick from Fort Worth, Texas hooked up to a blue marlin and two striped marlin, that they managed to release. July 6th, saw Pisces Billcollector at the top of the charts with two striped marlin, two sailfish, a wahoo and 51 lb. dorado for the Belus family from Temecula, California – what a day! This same day Rebecca had two sails and a stripe for the Harris family from Houston, Texas. Next day out Billcollector headed to the same spot, just outside the Herrdura, with another Texan family aboard, the Gordon’s from Montgomery. They did extremely well to release FOUR sailfish and a striped marlin on live caballito. La Brisa fishing the same area released a 250 lb. blue marlin and a 90 lb. sailfish for Michael & John Miller, from…you guessed it, Texas. Next day out it was clients from El Paso (yes Texas) Ruben Martinez with Sabin, Max and Maya that caught an approximate 243 lb. blue marlin, on a flying fish lure, along with a striped marlin and two smallish tuna for the table. They were quite a way out at thirty six miles, fishing aboard Rebecca. Billcollector not only had the highest one day total for sailfish, but also for striped marlin, when they released three, plus two sailfish on July 9th for Erick & Noah Nickel from San Rafael, California off of Herradura. Several boats out this same day opted to fish a different spot, outside the 150 and 180 spots and did well for blue marlin. Flora T, a 50 ft. Silverton and latest edition to the fleet released a small blue for James Lipari from Clinton Top, MI, whilst Andrea had a small blue for David Schlatter from Superior, Colorado.  Canadian anglers Derek & Luke Russell released two striped marlin and a small blue aboard the very comfortable Speedwell. Rounding out this day was Rebeca with a 250 lb. blue and a 60 lb. sailfish, released for Scott Wheeler & Judy Ciaiti from Escalon, California. Not all of our anglers are from out of town though, Daniel Schoenberg and Karen Kato from Cabo, booked La Brisa on July 11th and were not disappointed with a blue marlin estimated at 240 lbs. and a striped marlin. Pisces anglers caught a total of 55 billfish this week, consisting of 11 blue marlin, 26 striped marlin and 34 sailfish. 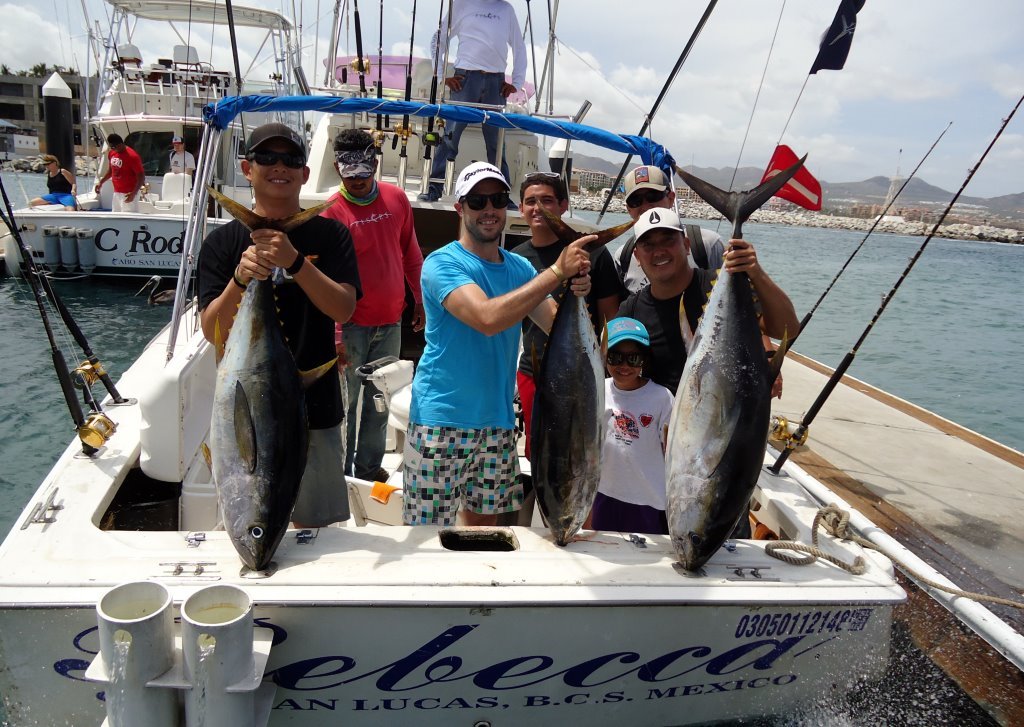 OTHER SPECIES: Apart from billfish, tuna was the only other offshore species caught in any real numbers this week, with thirty seven percent of our anglers hooking up to fish in the 20 to 70 lb. class, even though Ruthless lost a sizeable 200 lb’er after two hours of diligent struggle, they did manage to catch eight in 10 to 45 lb. class. Joey Loranc from Houston went out on C Rod and had a great day reeling in eight tuna up to 80 lbs. plus a 30 lb. wahoo -he is going to have a lot of fish for many meals to come. Pisces Andrea also had nine tunas up to 71 lbs. thirty eight miles out from Land’s End. Just one 52 lb. dorado was caught by our fleet as well as a pilot shark, some skipjacks, a couple of roosterfish and a needlefish.

WEATHER CONDITIONS: Skies partly cloudy with a promise of rain, but now clear, air temps in the 90’s, and seas 3-5 feet.