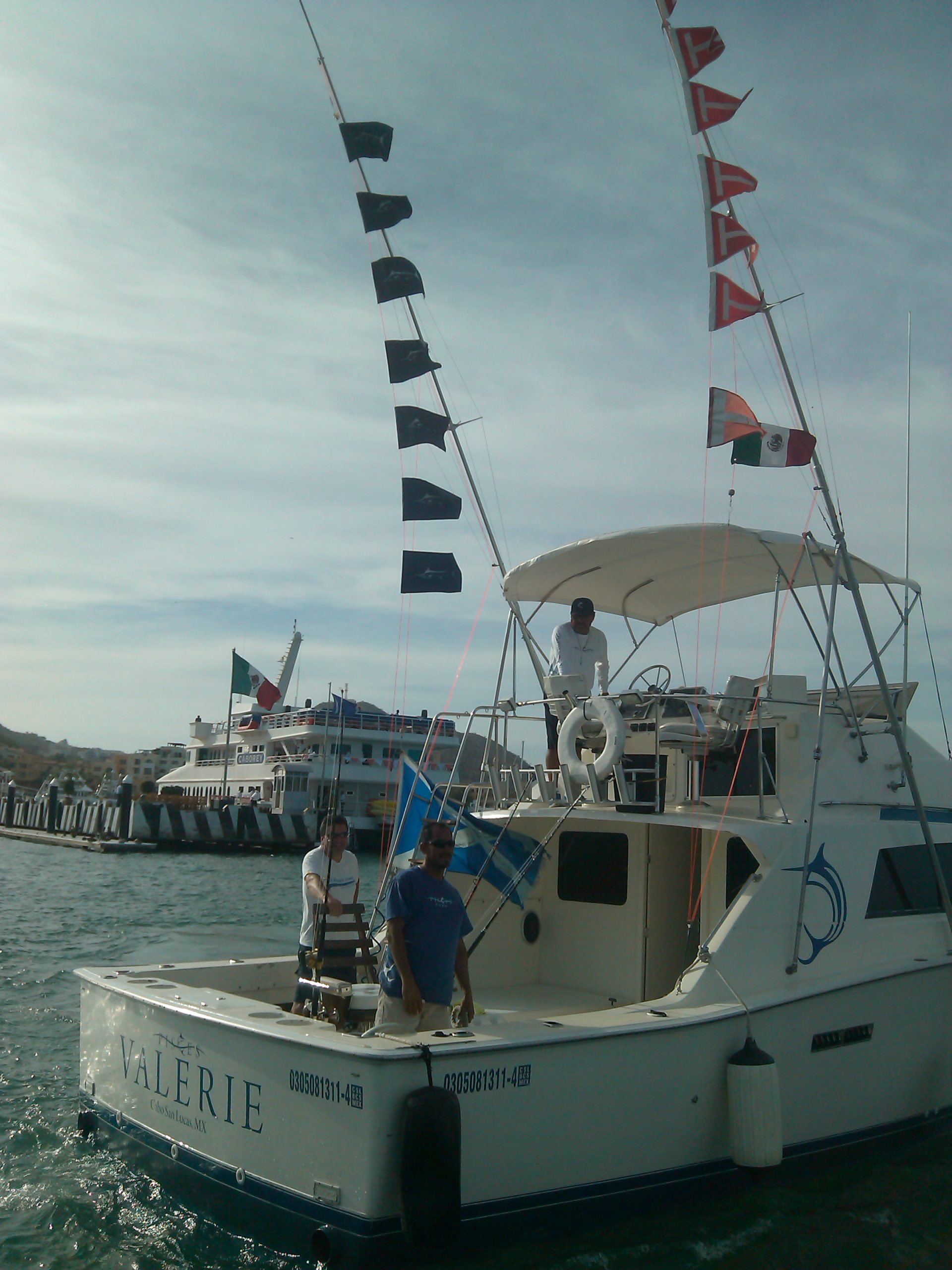 BILLFISH: This past week could almost be called the striped marlin report, because that is practically all we caught, and in good numbers. Looking back over the past three years, the first week of March of this year has been better by far for marlin, than in previous years. The water temperature is still above 70 F even us far up as Loreto. Fishing was exclusively at Golden Gate for marlin in the 100 to 150 lb. class with catches consistent with a the exception of  a couple of days when several boats got “skunked” – just a question of fish not being hungry, because they were spotted & enticed. Angler of the week was Chic McSherry from Glasgow, Scotland for releasing nine striped marlin (he says it was ten but the last was a “Mexican release”) aboard Pisces Valerie, on a combination of mackerel & sardines. This same angler & boat scored again a few days later, on March 4th, releasing another seven marlin.  Pisces Valerie was definitely boat of the week, as on March 5th they were the high catch boat again, this time for Ronald Brochu, Jim Glass & Rick Sangetta from Castro Valley, California; they managed to release seven marlin up to 150 lbs., once again at the Golden Gate bank.  Eighty four percent of our charters caught between one and six striped marlin this week, giving us a total of 138 fish released.
OTHER SPECIES: Because boats were concentrating on marlin they were heading straight to Golden Gate, but even then did not pick up any dorado or tuna either at the bank or the way to and from it.  A couple of sharks were caught in the area, the first an approximate 60 lb. thresher  by Bill Ellerbrock aboard Pisces Andrea, the second was a 45 lb. mako by Walter Myers from Minnesota, who also released a striped marlin, aboard Pisces Adriana.   Inshore the only other catches we had were some sierra and skipjack.
LOCATION: Golden Gate for marlin, Old Lighthouse for small game.
WEATHER CONDITIONS: Cortez calm, some wind on the Pacific which made seas a bit bumpy.
AVERAGE WATER TEMP: 72 F
BEST LURES: Live mackerel & sardines.