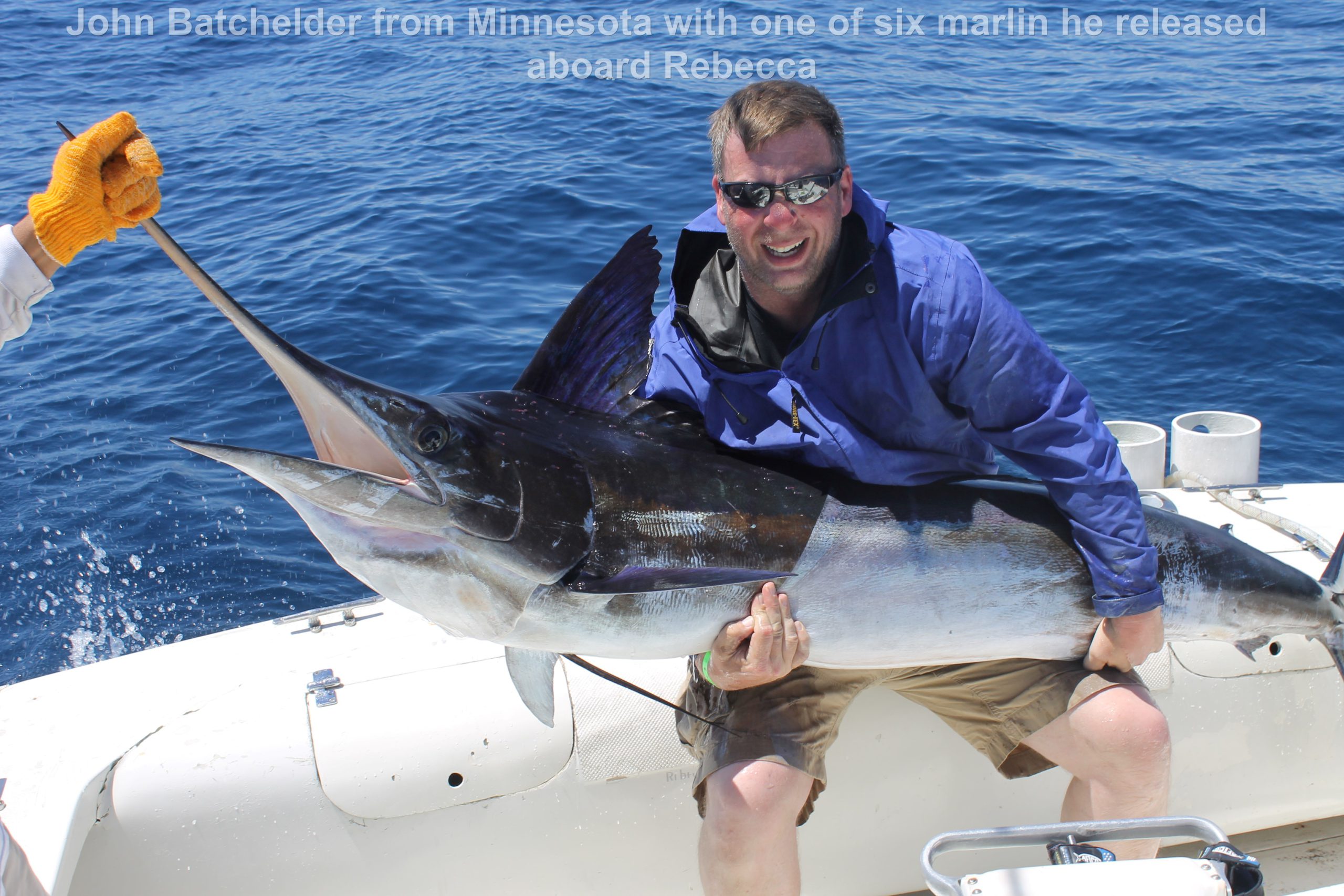 BILLFISH: Wow what a comeback the marlin fishing made this week; we had great catches for most boats, though we did have a few that got “skunked” due to anglers getting sea sick and asking to come back, or simply not finding hungry fish.  It would seem unusual that marlin fishing is so good, until we check back out trusty archives, which show that fishing was the same last year and moderately good the year before. Timothy Miller & Michael, Jacob & Connor Grauweis from Minnesota, were out aboard Pisces Rebecca, a boat always in our top five and were fortunate to catch and release seven striped marlin and be back in port before 2.00 pm. They fished five miles off of San Jose and caught their fish on a combination of ballyhoo and caballito. Captain J. R and the Rebecca were obviously onto something as a couple of days later, on April 2nd, they caught and released a total of six striped marlin & dorado for ecstatic, lone angler John Batchelder from Minneapolis, Minnesota. Well we have to say the Minnesotans were on a roll this week, looks like our high catch anglers were all from that state.  On April 3rd we had Steve, Linda, John & Matt Olmstead from Minnesota out aboard C Rod, fishing at the 11.50 spot where they released six striped marlin in the 100 to 130 lb. class. This same day Pisces Ruthless had Gerry Sexton from Maple Grove, Minnesota aboard and he also released six marlin in the 90 to 130 lb. category. Keith & Donna Kramer though, are from Aurora, Colorado, but that didn’t stop them from releasing six striped marlin aboard La Brisa.  All the high number marlin catches were on the Cortez side between the 11.50 spot and Destiladeras, though we should mention there were plenty of other boats that caught two, three or four marlin, all respectable catches. Eighty three percent of our boats caught striped marlin this week giving us a total of 139 fish released. 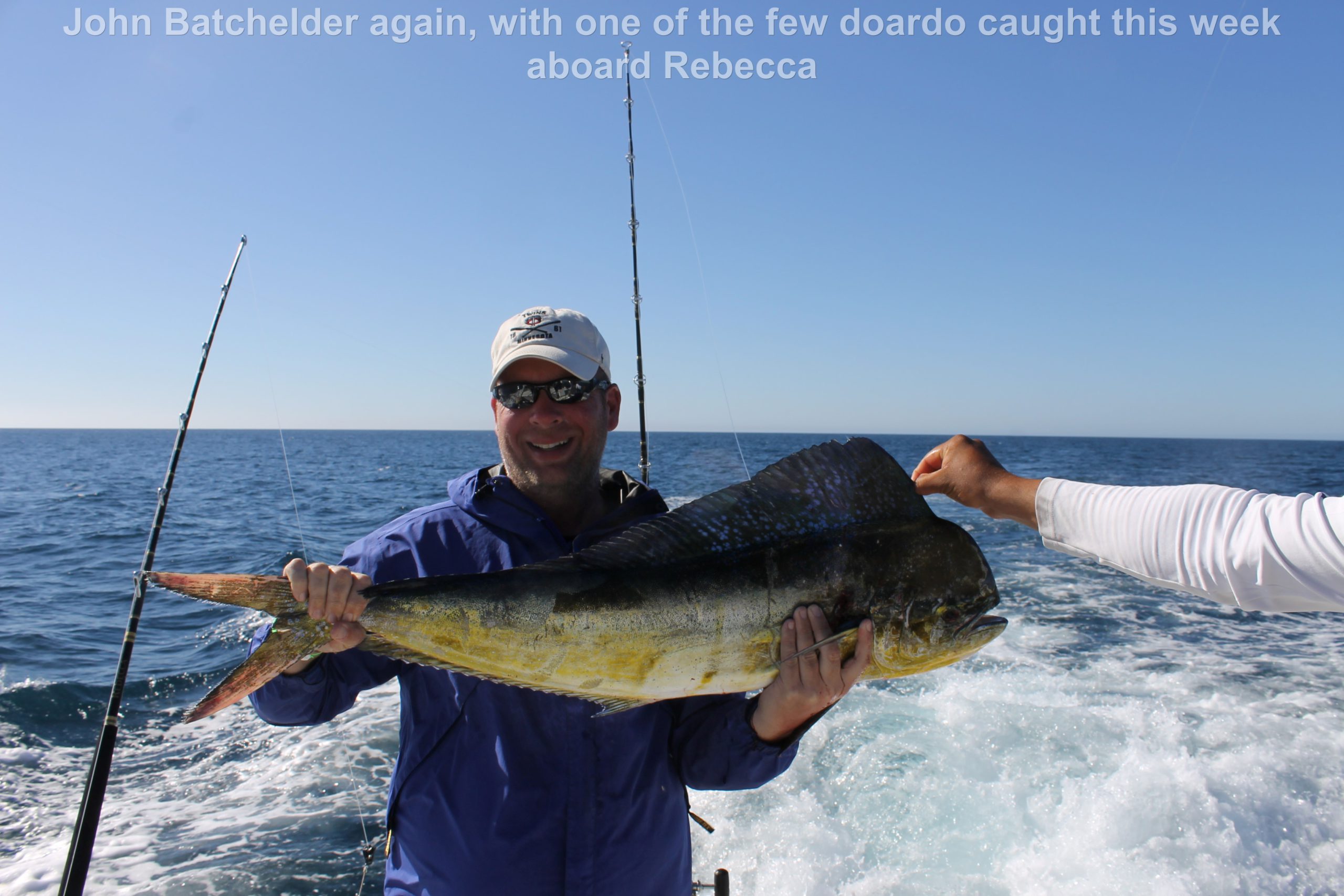 OTHER SPECIES:  Because the marlin bite was on, this is what most of our boats targeted, plus action for other offshore species was a bit slow, nevertheless twenty percent of the boats managed to find a dorado here and there, with two boats catching three. They were standard size at 15 to 25 lbs. Only one wahoo was caught this week & that was a 45 lb. specimen hooked by David Brady from Alabama, aboard Petrolero. Inshore we just had a few roosterfish, sierras and skipjacks.
LOCATION: Cortez, 11.50 to Destiladereas, inshore San Cristobal to Los Arcos.
WEATHER CONDITIONS: Some cold weather and choppy seas this week on intermittent days.
AVERAGE WATER TEMP: 72 -73 F
BEST LURES:  live caballito, frozen ballyhoo.