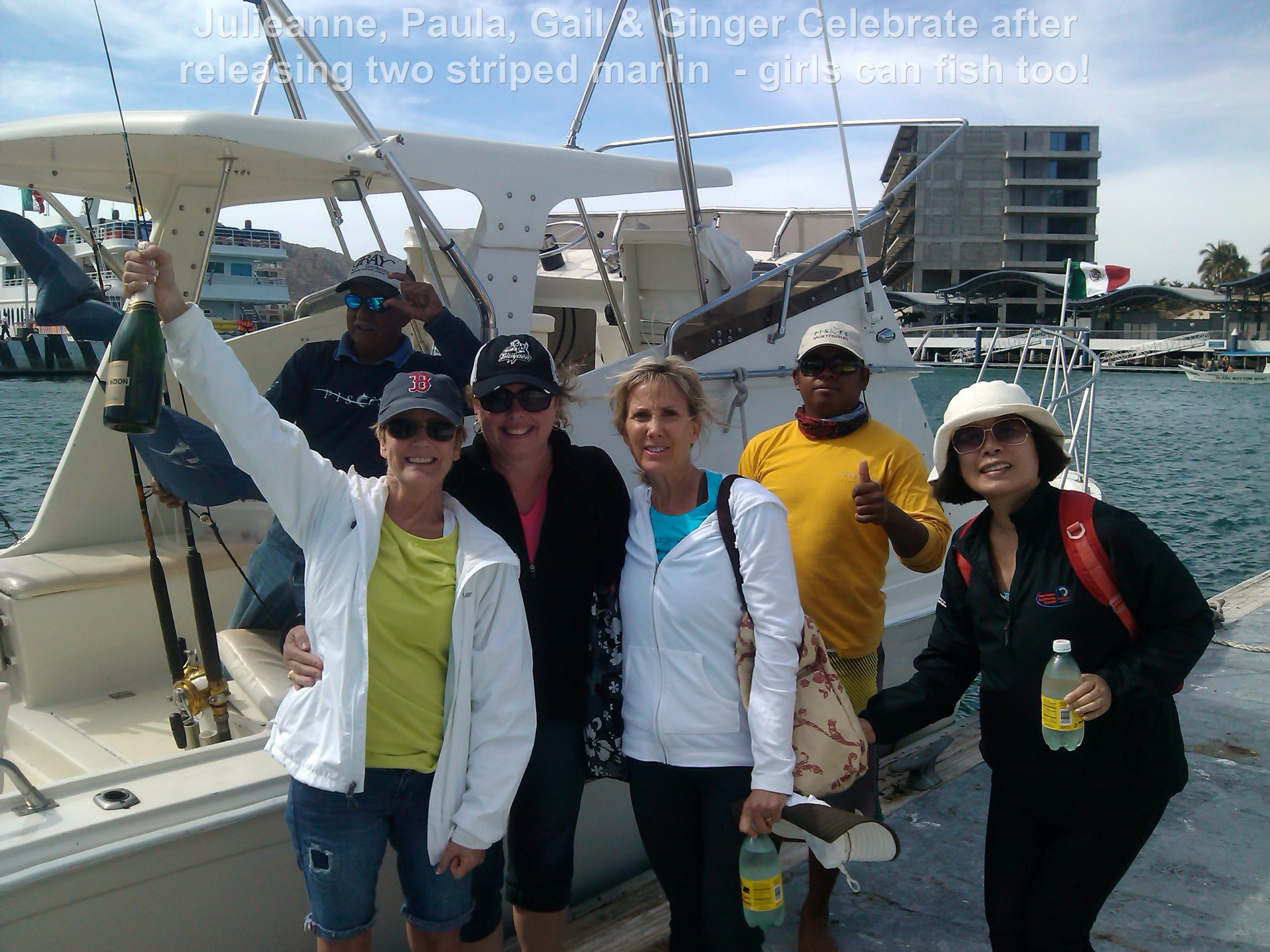 Billfish: Fantastic marlin action was experienced by most boat throughout this past week, as boats regularly had multiple hook ups, however, this week the location changed mid-week to a completely different area  – Golden Gate was no longer the location of choice. Boats moved into the Sea of Cortez, following warmer water temperatures and fished the 11.50 spot, Golden Gate & even Destiladeras. March 10th, was one of the best days of the week, when we saw Pisces Yahoo release eight striped marlin at the 11.50 spot for Byron & Heather Underwood from Yakima, Washington. This same day we saw Ruthless & C Rod release seven marlin each, whilst Rebecca & Tracy Ann managed a half dozen each, at the 11.50 spot. Biggest striper of the week took angler Kim Snell, from Oklahoma two hours and ten minutes to release aboard Pisces Shambala & was estimated at 200 lbs. As if that wasn’t enough, Kim released three other marlins in the 120 to 140 lb. class this same day. All kinds of bait worked, with mackerel topping the list, followed by sardines, ballyhoo & caballito. March is traditionally known as a slow month for billfish, but this does not seem to be the case this year. As long as the water stays warm we think the bite will continue. Eighty five percent of our charters released marlin giving us a total catch of 174 fish.
OTHER SPECIES: Dorado catches were extremely slow this week with just a couple of lone fish, caught whilst trolling for marlin. Pisces Petrolero caught two big thresher sharks on separate days in the 140 to 150 lb. size range. Bill Collector had some incredible fishing on March 9th, when they released seven striped marlin, plus a 40 lb. mako shark for Jay Levi from Charlotte, North Carolina. This was not the only mako shark for Bill Collector they also got another around 55 lb. specimen for Fredrick & Erin Rahr from Fort Worth, Texas, who did well to released four striped marlin & a couple of skipjacks in addition to the shark. Byron Hill from Victoria, Canada caught a beautiful 70 lb. wahoo on a green lure at San Jaime aboard Pisces Speedwell. Inshore a few roosters, some large sierras, bonitas & jack crevalle were caught.
LOCATION: 11.50 spot, Punta Gorda, Destiladeres, Golden Gate, and San Jaime.
WEATHER CONDITIONS: Mostly sunny, seas calm with some chop on the Pacific.
AVERAGE WATER TEMP: 70-73 F
BEST LURES: Live bait