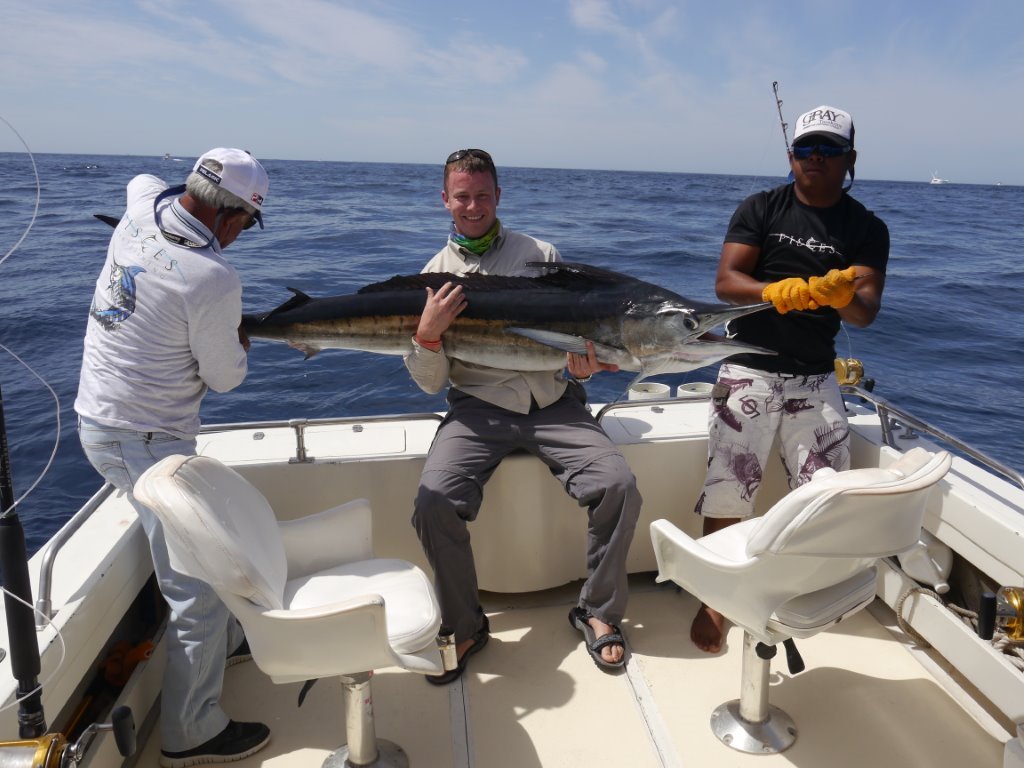 BILLFISH: This fish report covers a two week period, as we were at our new secret location last week; an undiscovered & incredible Baja fishery where we shall begin operations shortly.   The Cabo fishery remained robust this period with plenty of striped marlin, sharks and even a few sailfish making an appearance, all this despite a sudden sharp drop in water temperatures around Land’s End, where satellite images show a distinct cold pocket of water. Nevertheless a lot of boats did well, as they headed out to the temperature breaks and found in the most part smaller stripers. At the start of this period boats headed into the Sea of Cortez and fished the 11.50 spot, which is where Jeremy Ross, released four marlin in the 120 to 130 lb. class aboard Pisces Ruthless. The next day out this same boat released two marlin plus a 70 lb. sailfish for anglers from Austin, Texas. Catches increased slightly and on May 26th Mark Chiavetta had six to the boat (Bill Collector) up to 150 lbs., which were successfully released.  Next day out it was five released for 28 ft. Adriana and anglers Brent Crafton & the Watters brothers. Hayden Watson from Bend, Oregon caught and released five striped marlin on May 29th ranging from 60 to 110 lbs. aboard Pisces Listo. At the end of May, the temperature dropped and boats headed in the other direction up to the Pacific where more free swimming marlin were found mixed in with dorado and smaller game. Pisces Rebecca was the one to hit gold off of Cerritos, with six marlin released for Billy & Diego Lagarde, Jorge Sanchez, Luis Garcia – just shows we go wherever the fish are. This same day Pisces Listo headed to Golden Gate and released four marlin & a pilot shark as well as boating a nice 40 lb. dorado. The fish were not as concentrated as they had been on the Cortez side being found from the Old Lighthouse to Golden Gate.  Sixty two percent of our boats caught billfish resulting in catches of 139 striped marlin & 5 sailfish – all but two marlin were released. 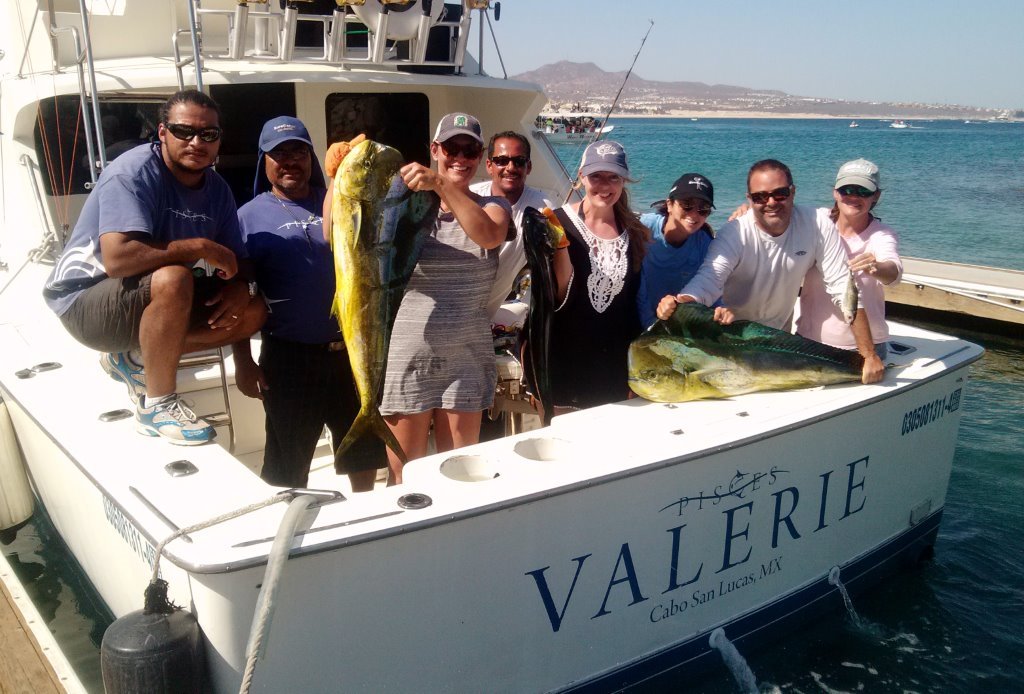 OTHER SPECIES: We had plenty of action on smaller game this week and it was nice to see the tuna finally making an appearance which should have happened in April. The cooler water also brought a surge in inshore catches for species such as rooster fish, jack crevalle, skipjack and amberjack. The roosters were from 10 to as large as a 46 lb’er caught aboard Andre by Roger Skaggs and were found off of the Lighthouse.  We had mixed shark catches again this week with the largest being threshers up to 110 lbs.  also caught on Andrea by Monte Brosmer from San Antonio, Texas.  We had a small pilot shark as well as a hammerhead all released. Dorado catches were at seventeen percent with our two top boats catching thirteen apiece, Rebecca & the panga Gloria – with two kept per angler and the rest released. Other boats caught between one and four, usually no more than 20 lbs. in weight. The tuna catches were sporadic with just fourteen percent of boats catching between one and eighteen fish also no bigger than 20 lbs. and found at one their favorite spots, San Jaime on the Pacific. We had a handful of wahoo, but none of any real size at 30 lbs. average.
LOCATION: Starting out 11.50 spot to Punta Gorda then changing to the Old Lighthouse to Golden Gate.
WEATHER CONDITIONS: Was baking hot, now much cooler with winds on the Pacific seas are a little choppy.
AVERAGE WATER TEMP: from 82F down to 68F around Cabo and 73 F at Golden Gate now.
BEST LURES: Live bait, ballyhoo, blue & white feather for tuna, cedar plugs, red and black for wahoo