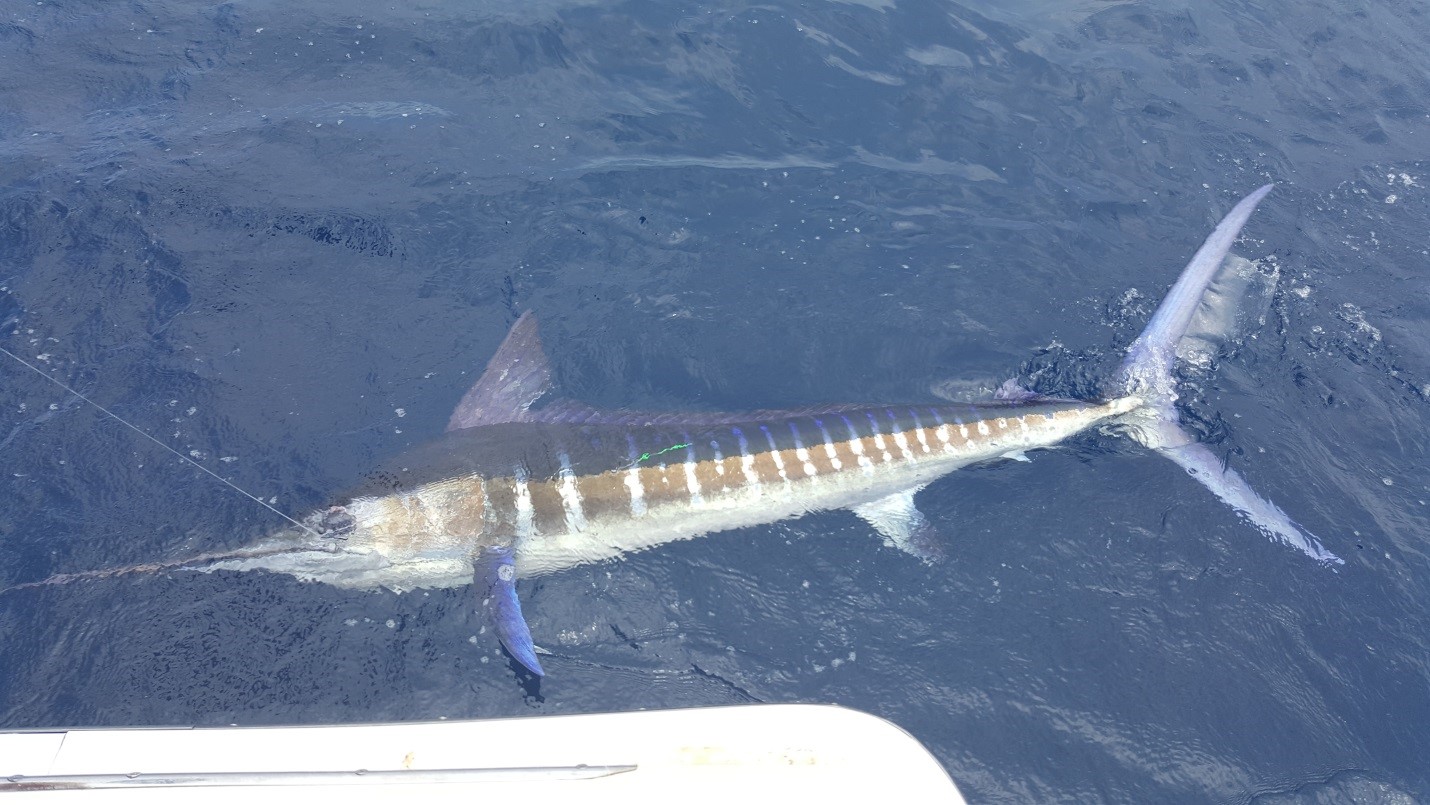 MARLIN: We are sooooo happy to finally have some stable striped marlin catches and in fact there were our top catch this week. Pisces Rebecca lead the way with four marlin up to 140 LBS and a pilot shark released on May 7th for Michael Francesconi and party from Georgia at the 11.50 spot. Michael’s friends were out on Tracy Ann the same day and managed to release three marlin in the same area. It’s easy to see why Rebecca is one of our top boats, as they again released four marlin up to 170 LBS on May 9th for anglers Charlie Piermarini, Jack Piermarini and Bob James – all on live bait at the 11.50 spot. Tracy Ann had another triple header day on May 11th for Jason and Christy White from Colorado, once again the 11.50 spot was the place and caballito the bait. Back to the 31 ft. Bertram Rebecca they had an amazing day for Trey Simon, Kristi Istre Ricky & Angie Chavez from Texas, with three striped marlin up to 160 LBS and FIVE pilot sharks up to 120 LBS, all released – thank you. The Engel families, fellow Texans, were out on Valerie the same day and were pleased to release three marlin up to 140 LBS.  Fifty two percent of our charters caught marlin this week with many have more than one fish, giving us a total catch of 54 fish, with all but two released. Our overall catch rate was 80% for all species, though we noted that those anglers that opted for a half day had significantly lower catch rates – moral of the story; take a full day.

OTHER SPECIES: So plentiful are sharks right now that they almost need a dedicated section, of course the shark ban is in place until July 31st, but that doesn’t stop you from catching and releasing them. This week we had pilot sharks – local name but probably silky or bronze whalers, a blue shark and threshers. Shambala our 60 FT Hatteras caught three thresher sharks up to 180 LBS as well as a pilot shark for Maarten Durent and friends from New Zealand. Overall thirty nine percent of our charters caught sharks with a total of 30 caught and released. It was nice to actually see some dorado this week, not many, but at least a start. Ruthless out on a half day managed to catch six up to 18 LBS eight miles out from the Lighthouse. Just five percent of charters found dorado. Tuna catches began to show this week as well with seven percent of boats managing to hook a few, most were school size fish, though Bill Collector was the exception with a 75 LB tuna caught by Art Muff from New Jersey, who was also very fortunate to release two striped marlin and a jack crevalle.  There is still small stuff available in shore but with the big game catches vastly improved not many boats tried for these species unless they were on half days, as there wasn’t enough time on these shorter trips to get to the marlin grounds and back. Nine percent of our boats caught a mix of skipjacks, sheephead, triggerfish, lady fish and grouper.