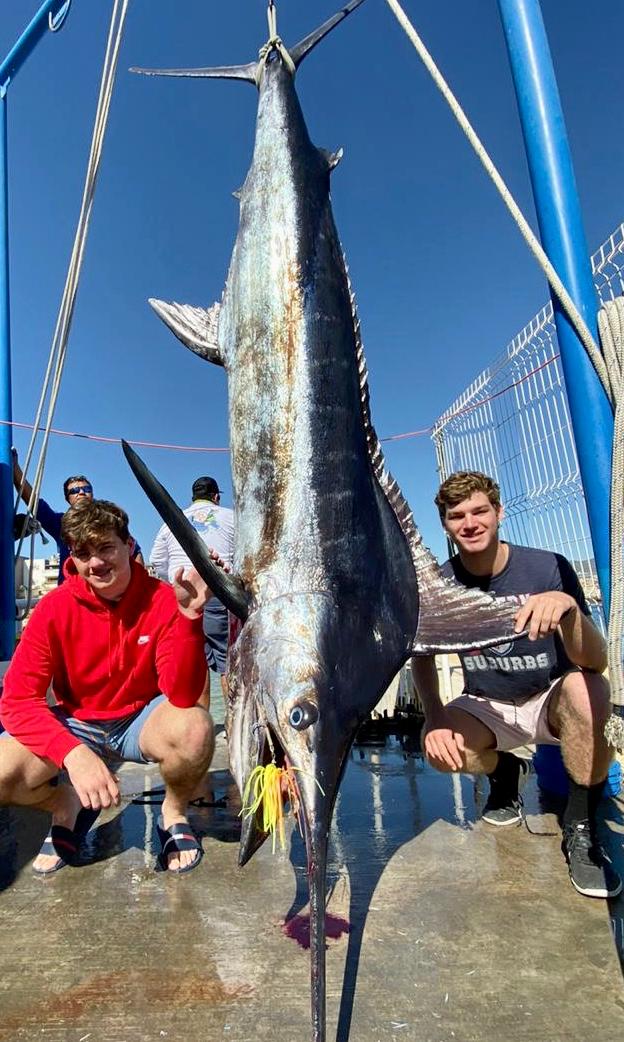 We saw Billfish numbers just about double compared to last week, after Striped Marlin started to pick up over the weekend. Pisces boats released 86 Billfish this week, with only two kept, which did not make it. One of these was a 450 lbs Blue Marlin caught aboard Pisces 60′ Reel Machine by anglers from Sydney, Australia. The fish hit on a yellow/orange lure only about 3 miles offshore from Cerros de Arena area. Teenage angler fought the fish for almost 2 hours. Originally they had searched for Yellowfin out at San Jaime, and actually landed one football sized and one skipjack, before they headed closer to shore in search of Dorado, which is when this Blue hit. The Marlin was shared between anglers, crews, and others still. 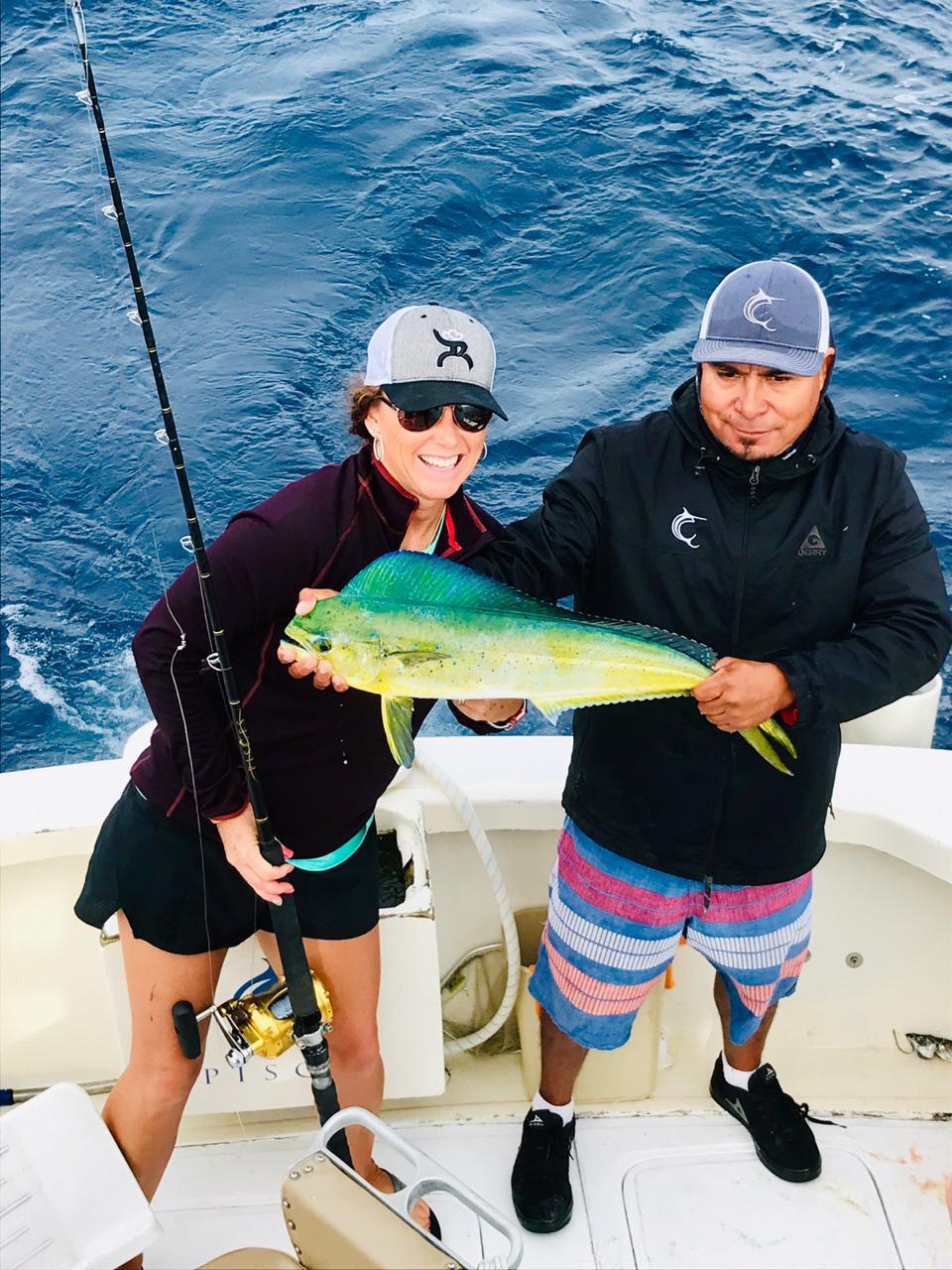 As for Tuna and Dorado, percentages of boats landing them remain the same, although the numbers of fish have lowered slightly. This of course is related to the larger number of billfish caught too. There were 165 Dorado and 236 Tuna caught, respecting catch limits. 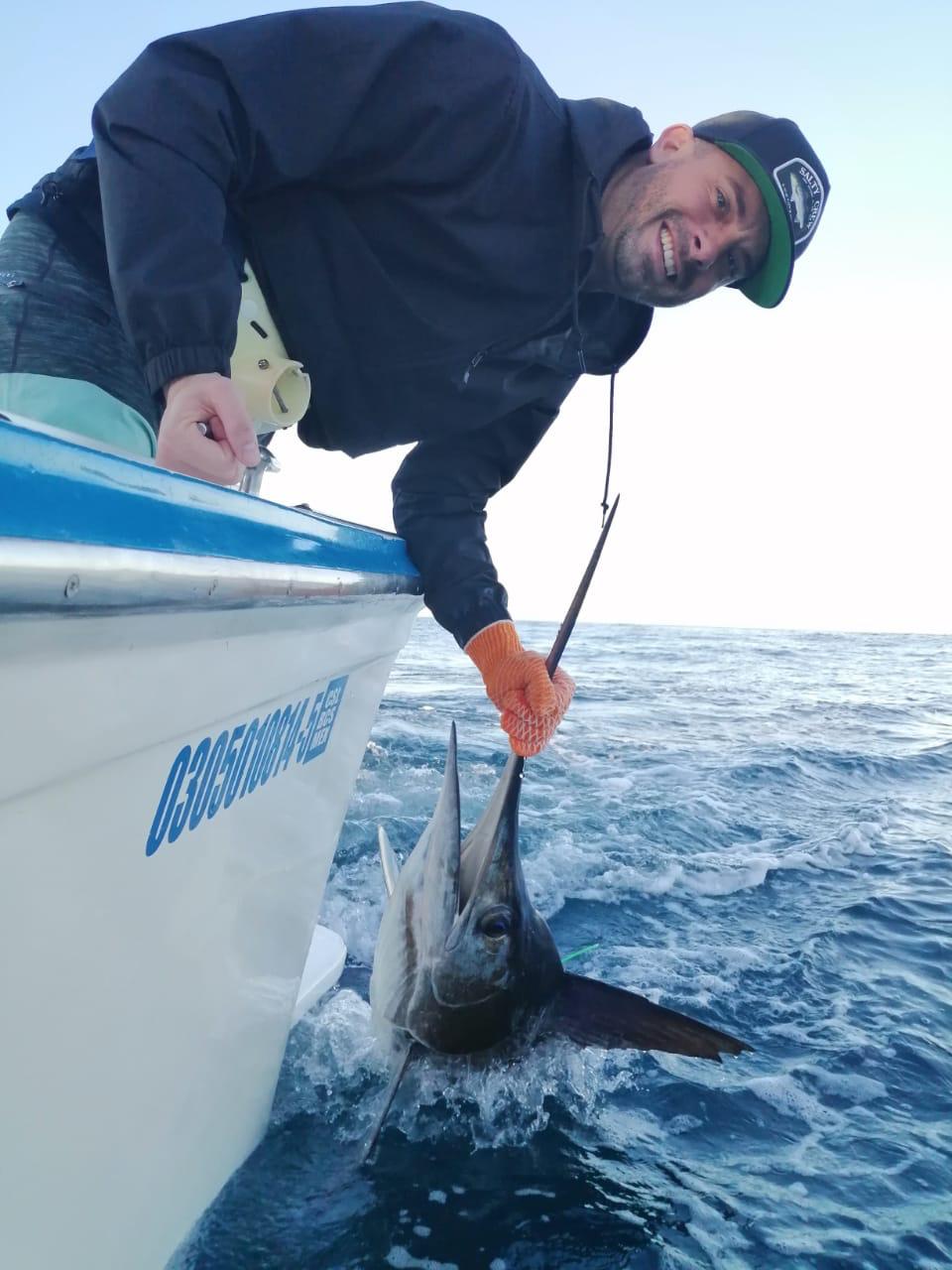 Top Marlin vessel was Pisces 61′ Pour Decisions with 12 Striped Marlin released in only two days out this week.  On Thursday the Viking yacht impressed with 6 Striped Marlin released, ranging in size from 90 to 120 lbs, and hitting on dead and live bait out of Golden Gate. They also landed 12 Dorado there, of which they released 2, for anglers from Florida. 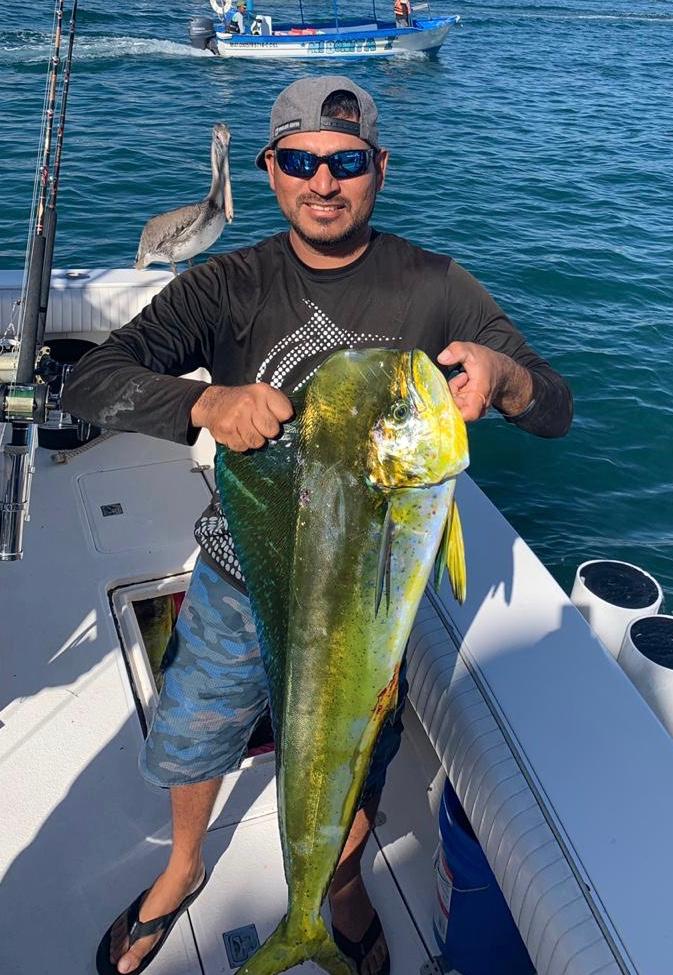 Pisces 38′ C Rod also had a fantastic week, with 11 Striped Marlin successfully tagged and released. On their top day they produced 6 Striped Marlin released, along with 4 Dorado; the biggest of about 35 lbs. The Striped Marlin ranged between 120 and 140 lbs and hit on dead and live casted bait, as did the Dorado, at Gaspare?o. This for anglers Brian Warbis, Ken Meyers, Sam Hefferman and Tom Macintosh and Regney form Wisconsin. 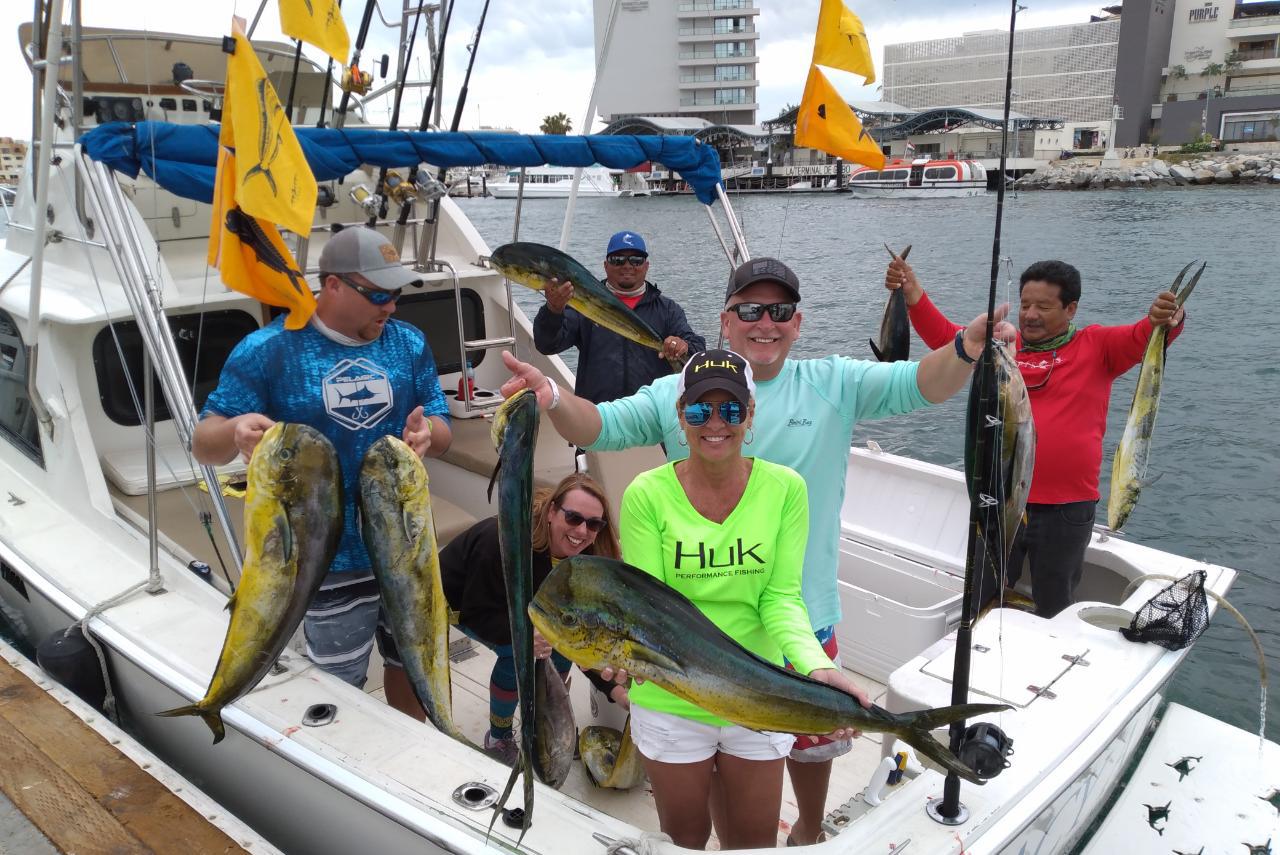 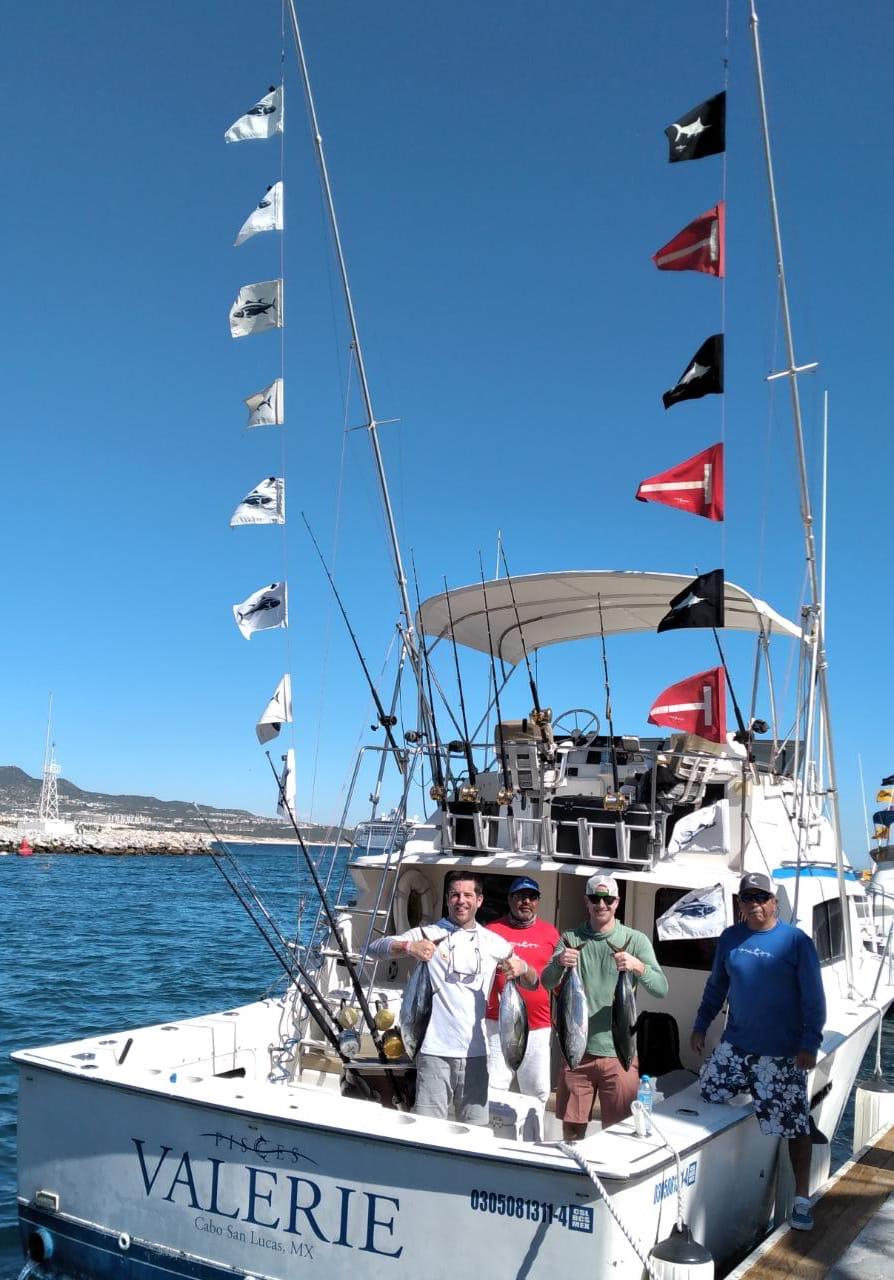 And hitting the dock just after them, Pisces 28′ Andrea showed off 6 Striped Marlin released and 5 Dorado flags. The marlin hit on mackerel at Migri?o and weighed approximately 100 to 130 lbs each. Dorado were decently sized, between 10 and 20 lbs each, hitting on mackerel and a few on green lures.  The Andrea was the Top Dorado boat this week with 18 Dorado total. Pisces 42′ Yahoo did well with Dorado too, on a half day they landed 10 dorado, releasing 2, for anglers from California. Dorado hit on white/blue lures, silver and ballyhoo bait at Las Margaritas. 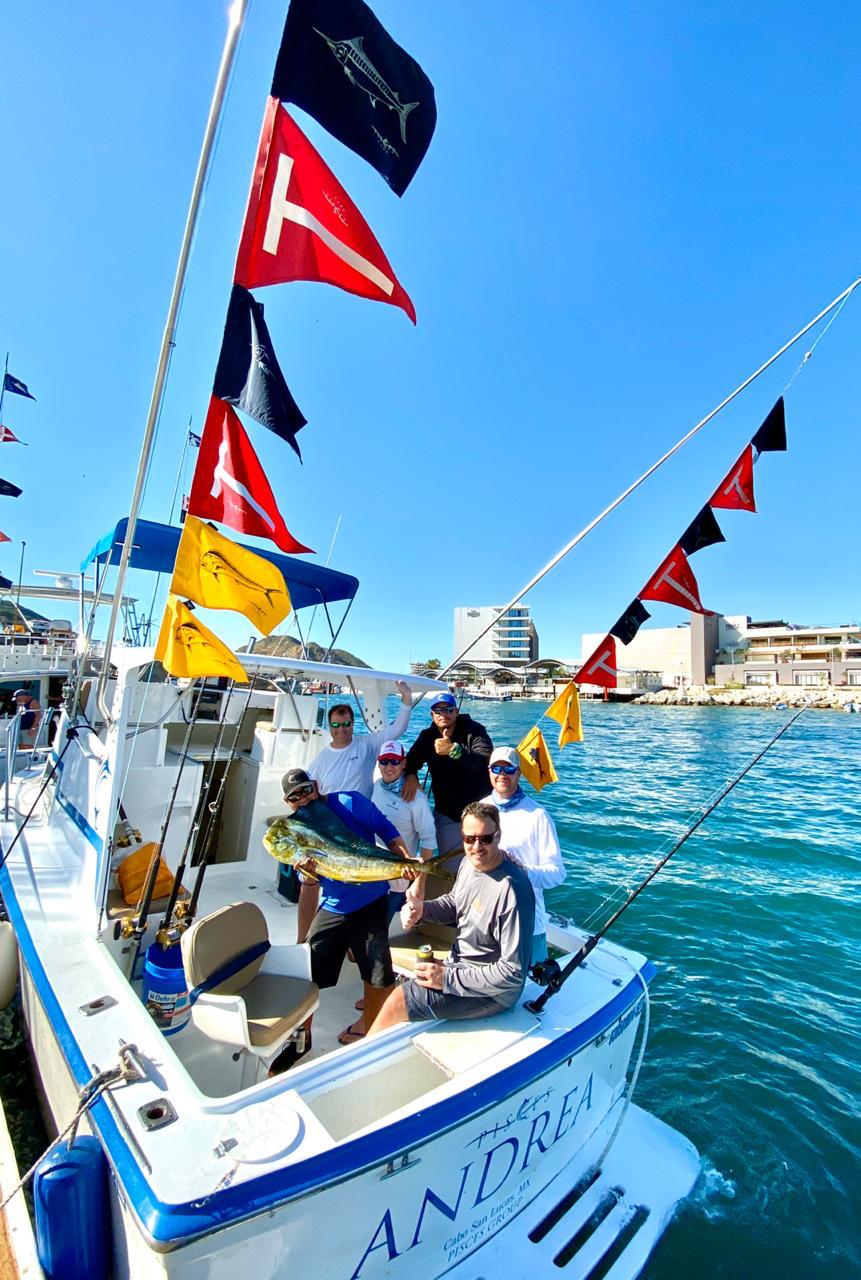 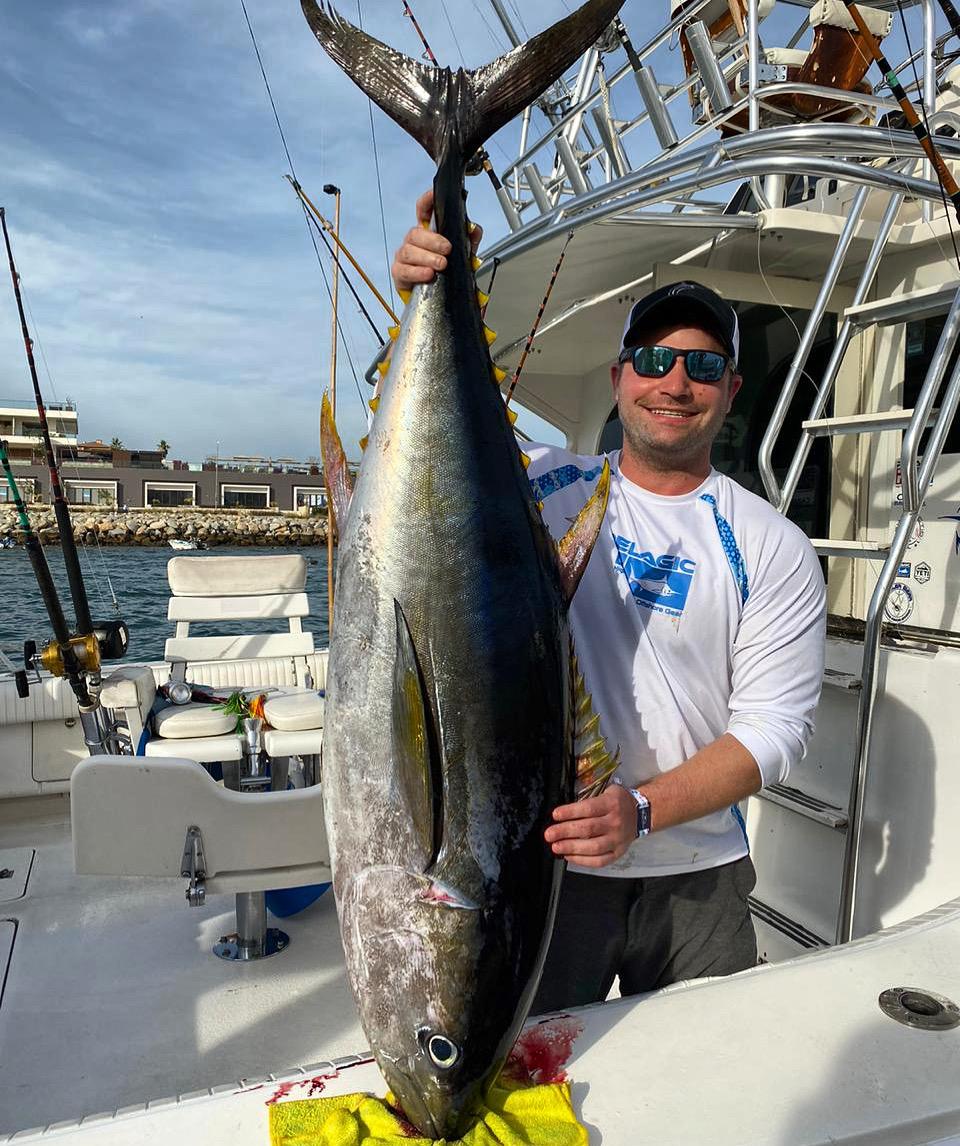 The 38′ C Rod also did well with Tuna this week; their largest was an approximate 70 pounder caught by Andrew Van Raalte from Seattle. They caught all Yellowfin on cedar plugs and varied lures, landing 10 in total at the 150 Spot.

Pisces 30′ Karina was the top Tuna boat this week with 40 Yellowfin caught total, most ranged from 10 to 30 lbs. They also released 6 Striped Marlin and 5 Dorado. On one of their best days they caught 10 Yellowfin on feathers and cedar plugs at San Jaime and then released 2 Striped Marlin of about 100-120 lbs and a 20 lbs Dorado at Pozo Cota. 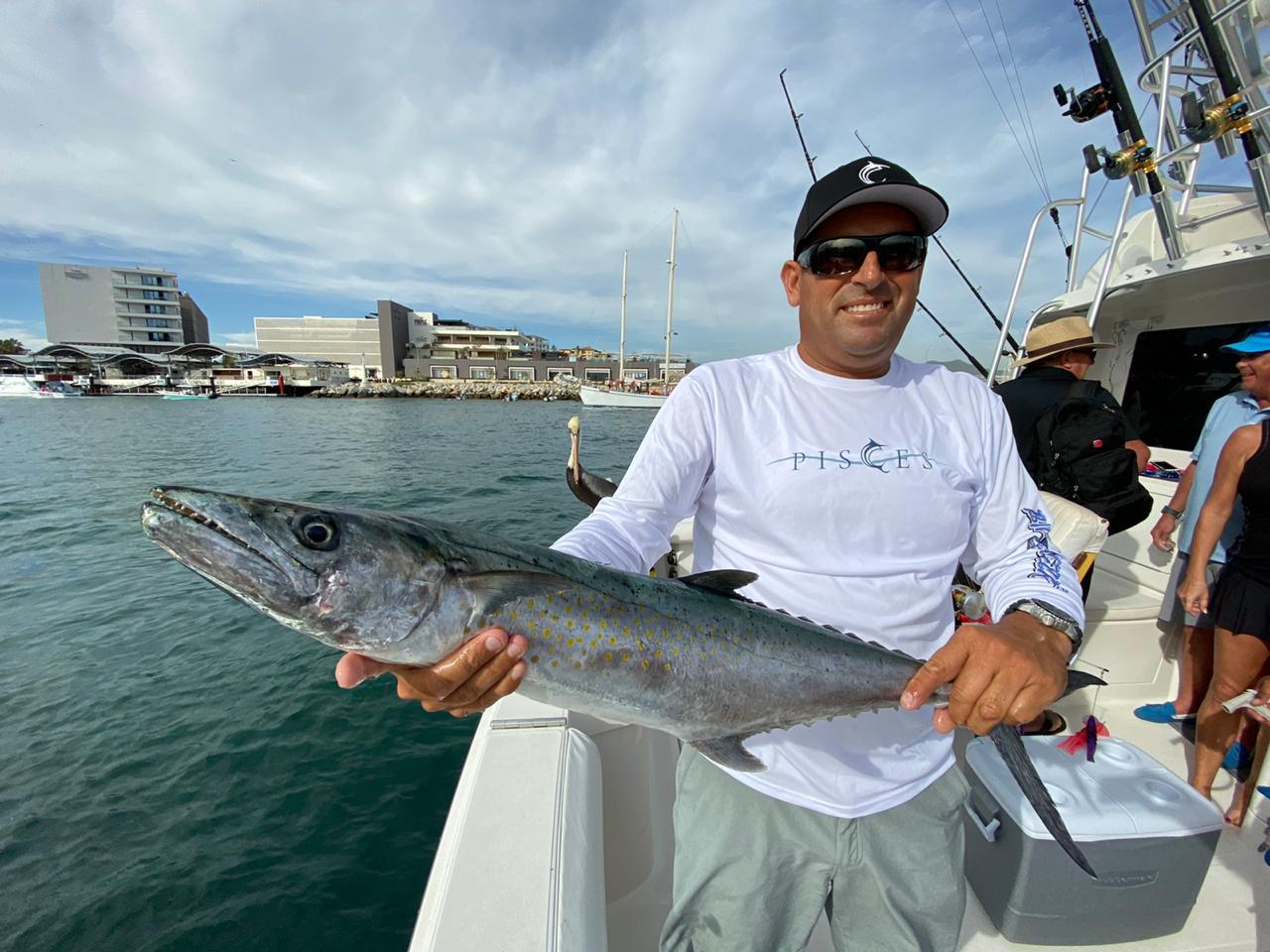 We are slowly starting to see some of the small game we expect this time of year, like Sierra Mackerel and Roosterfish. Pisces 35′ Bill Collector 2 had a 10 lbs Sierra, caught on a rapala at Los Arcos, along with 7 Dorado between 10 and 20 lbs that hit on ballyhoo and lures.