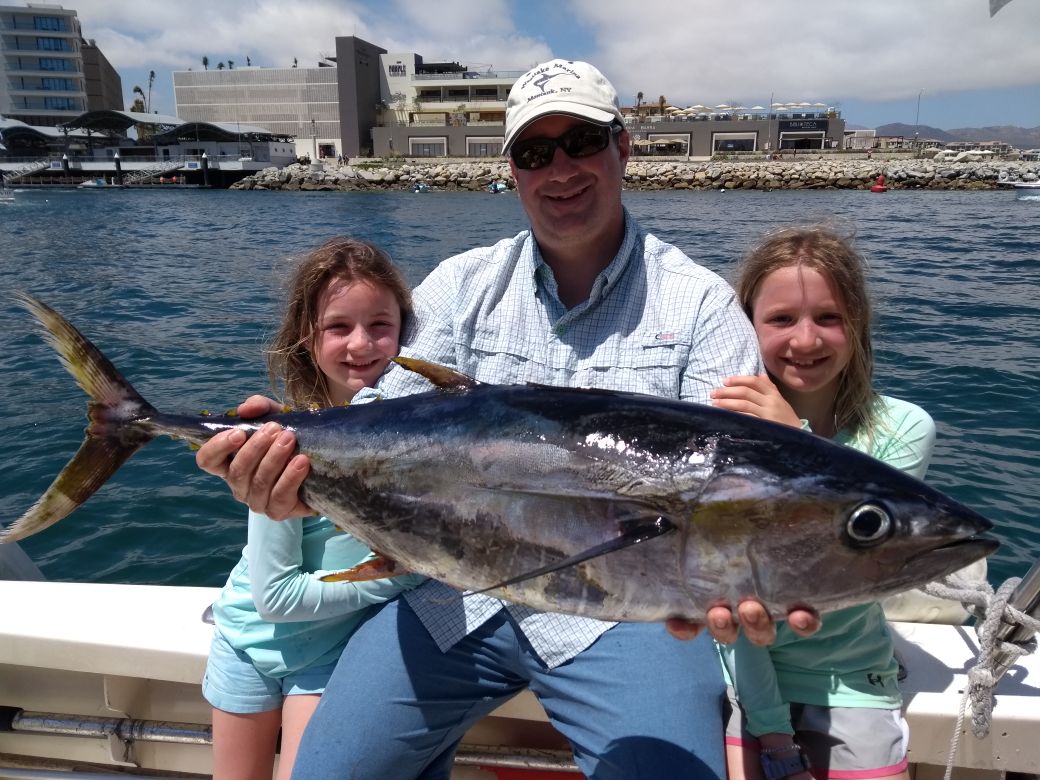 This week, the wind continued to blow closer to shore and more so on the Pacific side, which forced some boats offshore in search of tuna and others for marlin. The marlin numbers are still there, and again still mostly found at Golden Gate, but withering, compared to in previous weeks. There is now a more definite distinction of which fish anglers need to target to ensure they are successful. Small game numbers have gone down, but due greatly to the amount of tuna that have showed up as well as the wind closer in. Over 400 tuna were caught this week, between all Pisces boats.

This week’s top tuna boat was without a doubt the Pisces 31ft Tracy Ann; where the only day they did not catch upwards up of 15 tuna, was the day they did not leave the dock. The Tracy Ann alone, caught 101 yellowfin tuna this week! Day after day, Captain Julio and mate Martin impressed, with catches like this next one for example, by anglers Bryan Wadson, Murray Ferg and Steve Crowley, from Canada. They caught 28 yellowfin tuna ranging from 8 to 18 lbs each, all of which hit on feathers and cedar plug lures at 28 miles out for the Old Lighthouse.  The next day they caught 30 yellowfin, of about the same size, this time near San Jaime. Anglers were the English family from Charlevoix, Michigan. 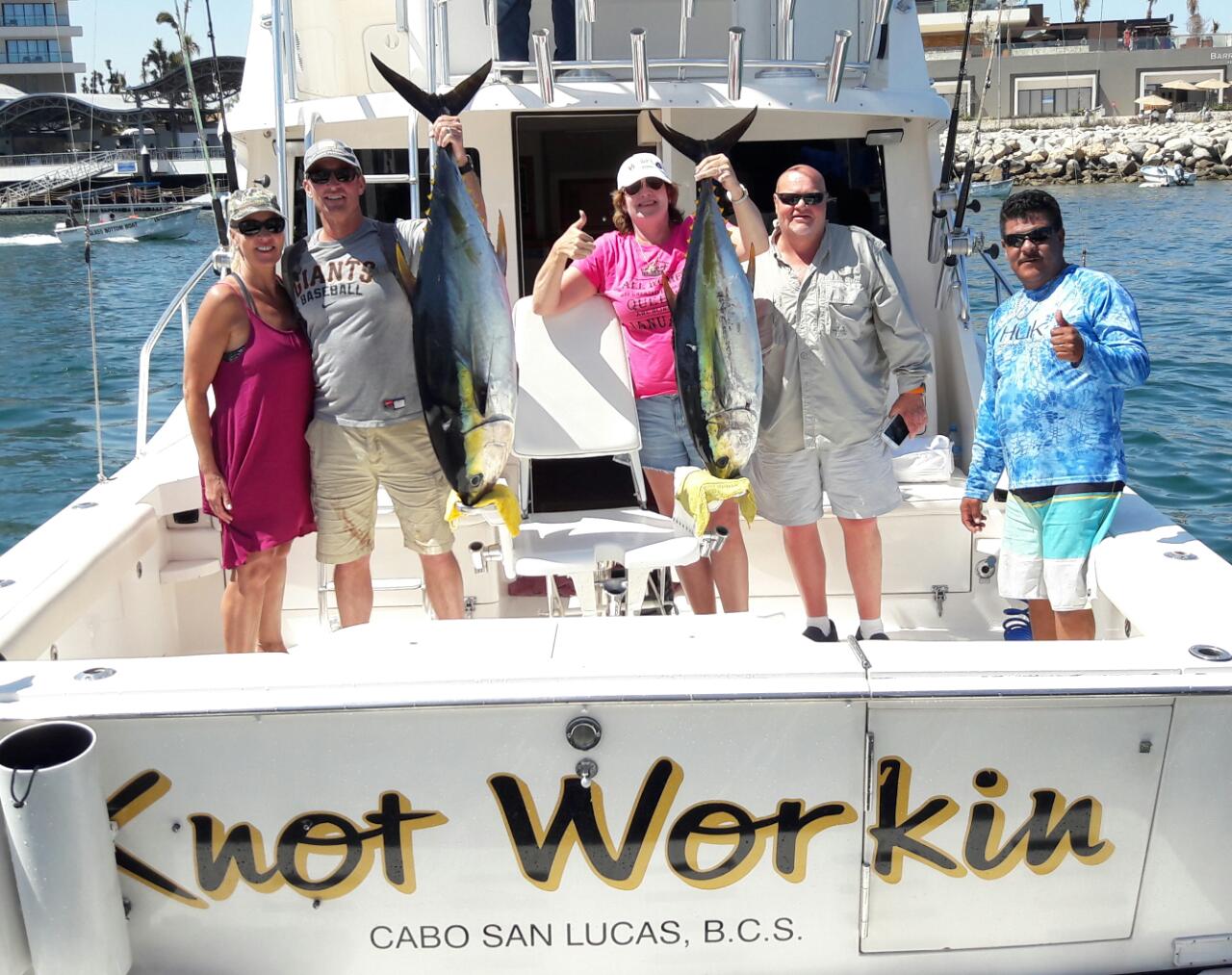 Anglers aboard Knot Workin with their 60 and 80 lbs tunas.

The largest of the yellowfin caught this week was not by the Tracy Ann though, it was Pisces 35ft Knot Workin and anglers Andy and Cheryl Lawrentz and James and Maureen Frieze who caught two very nice sized tuna one of about 60 lbs and the other of about 90 lbs. These hit on hoochi lures about 12 miles out from Los Arcos.

The Pisces 31ft Rebecca also had a great day with anglers from New York catching 30 yellowfin of about 5 to 12 lbs each on feather and cedar pug lures at the 220 Spot. They also landed a nice striped marlin of about 180 lbs on mackerel there, which they released.

For more marlin, Pisces 31ft Ruthless was one of our top catching boats, with 3 striped marlin caught and released at Golden Gate on mackerel, by Kimberly Rheppard and Lisa and Steve Reynolds. Pisces 28ft Andrea also caught 3 striped marlin on April 8th, which they released out at Golden Gate. A small mako was caught there as well, released, of about 30 lbs.

A nice cabrilla, one of the few smaller game fish caught this week, shown here by Captain Orlando of the Andrea, and anglers

Closing out the week, impressively, the Pisces 42ft Yahoo had the best fishing day, of any of the boats this week. They caught all three of our most sought after species: marlin, tuna and dorado, this Friday. Yahoo made up for 2 out of the 4 dorado caught in total for Pisces boats, and also landed 2 marlin and 15 tuna. A job very well done by anglers Ed and Peggy Lyon, and Jimmy and Susane Rotat who caught the 2 striped marlin of about 110 lbs each on mackerel and released them successfully. The marlin were found outside of San Jaime and the dorado were landed about 35 miles out at San Jaime, weighing 10 lbs each. The tuna, ranging in size from 5 to 12 lbs each hit on cedar plug lures and were even further out, at 42 miles off shore. Hats off to these anglers and crew for truly going the distance and reaping fantastic rewards!

Pisces boats caught 451 fish total this week, with 21 being marlin, 405 being tuna, 4 being dorado and 21 being smaller game fish.

WEATHER CONDITIONS: Wind picked up at the beginning of the week, with Thursday and Friday