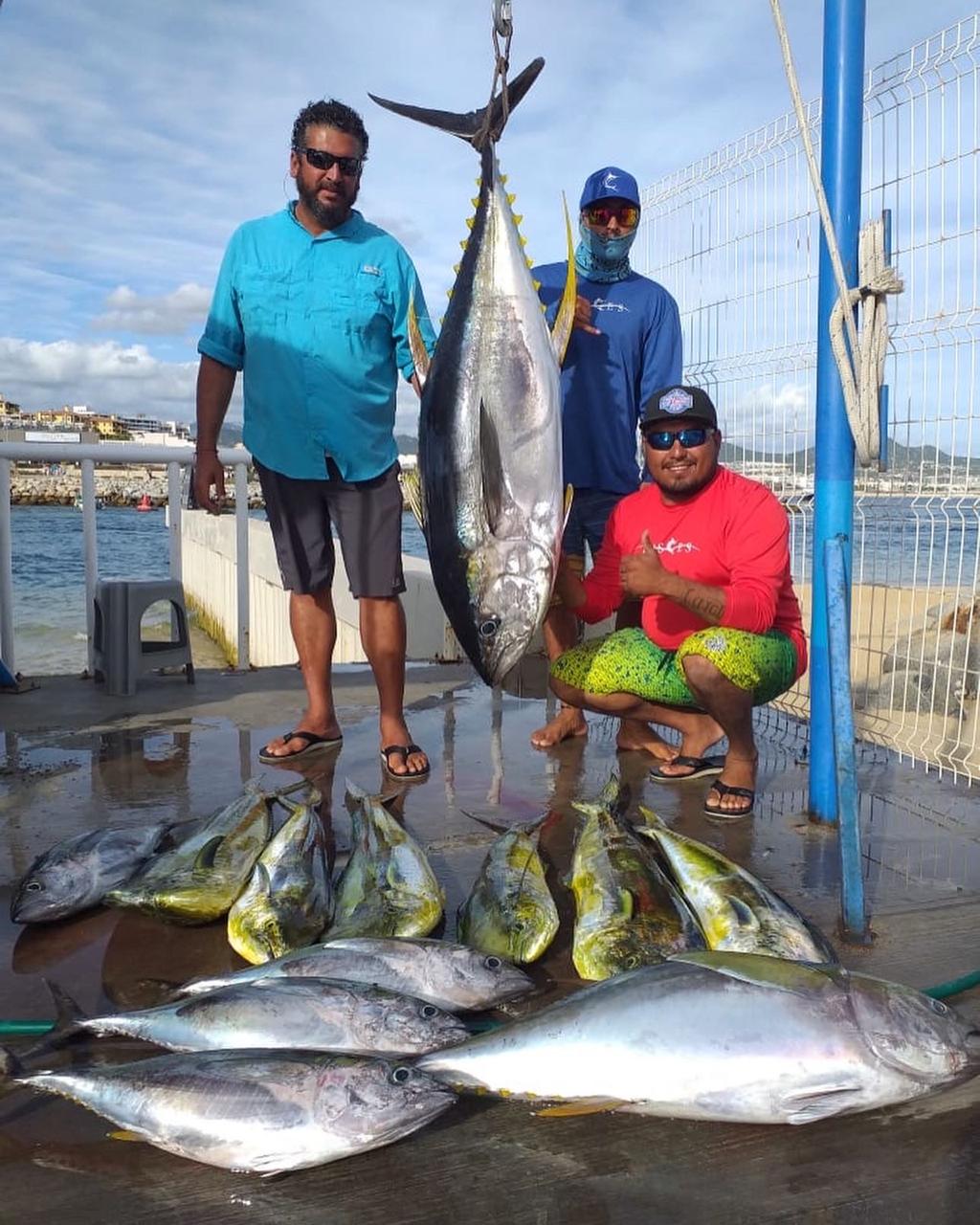 Close to 100% catch success rate this week once again, with Dorado being the top producing species. There were 416 Dorado caught this week, mostly ranging from 12 to 18 lbs each, and some even over 30 lbs each. 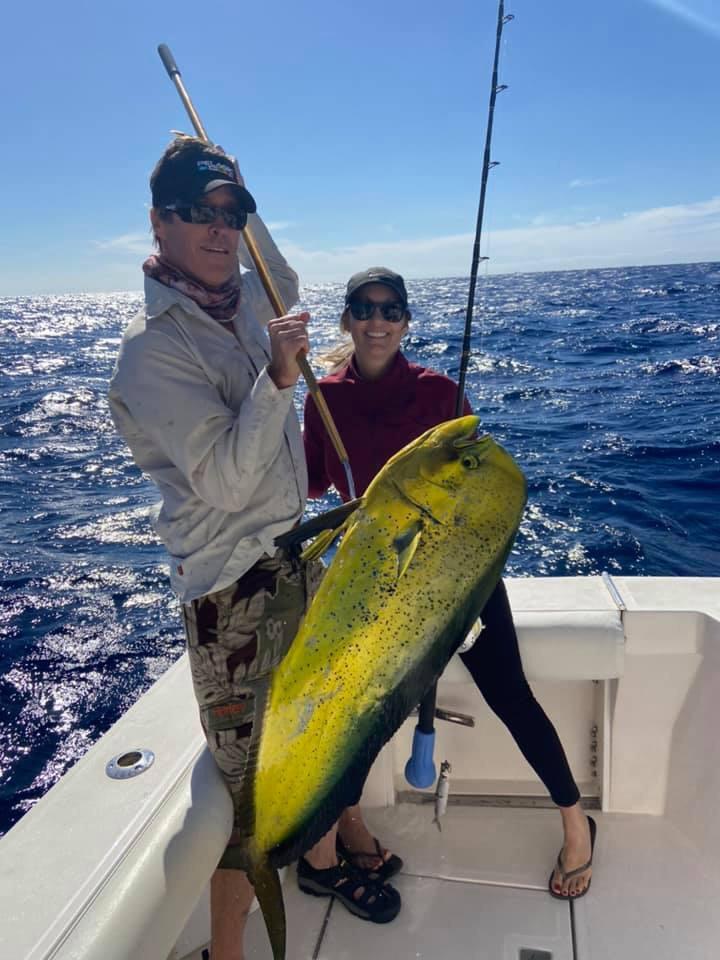 Pisces 28′ Andrea had a great day this Saturday with 14 Dorado caught by 9:30 AM (respecting catch limits with releases). 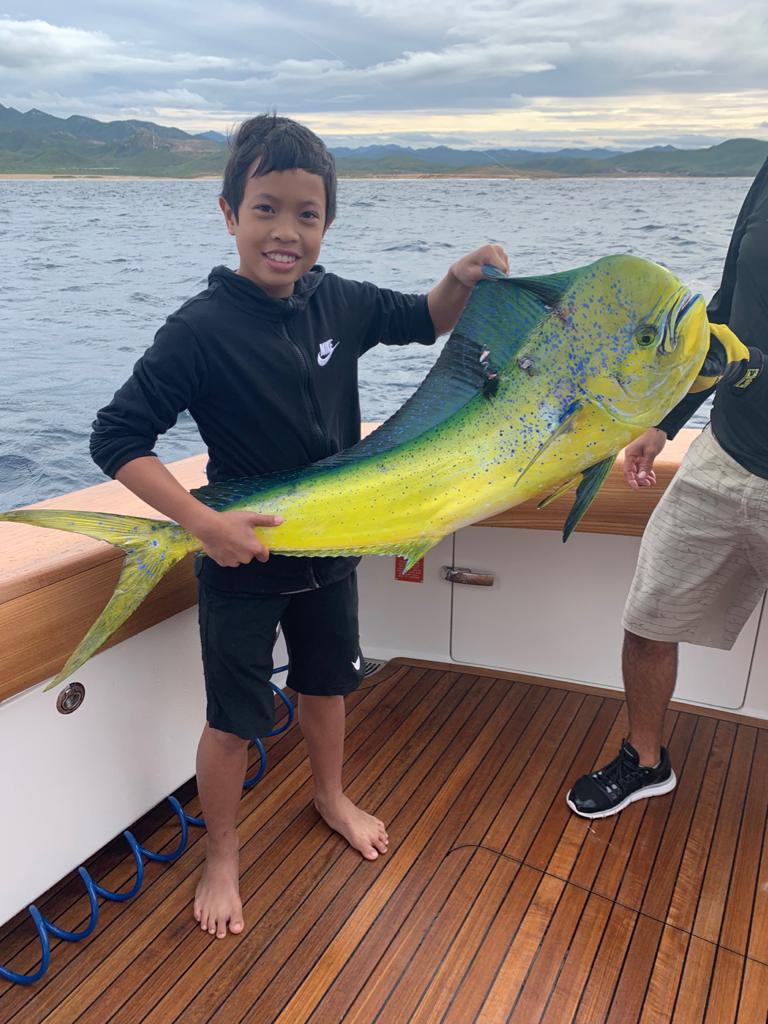 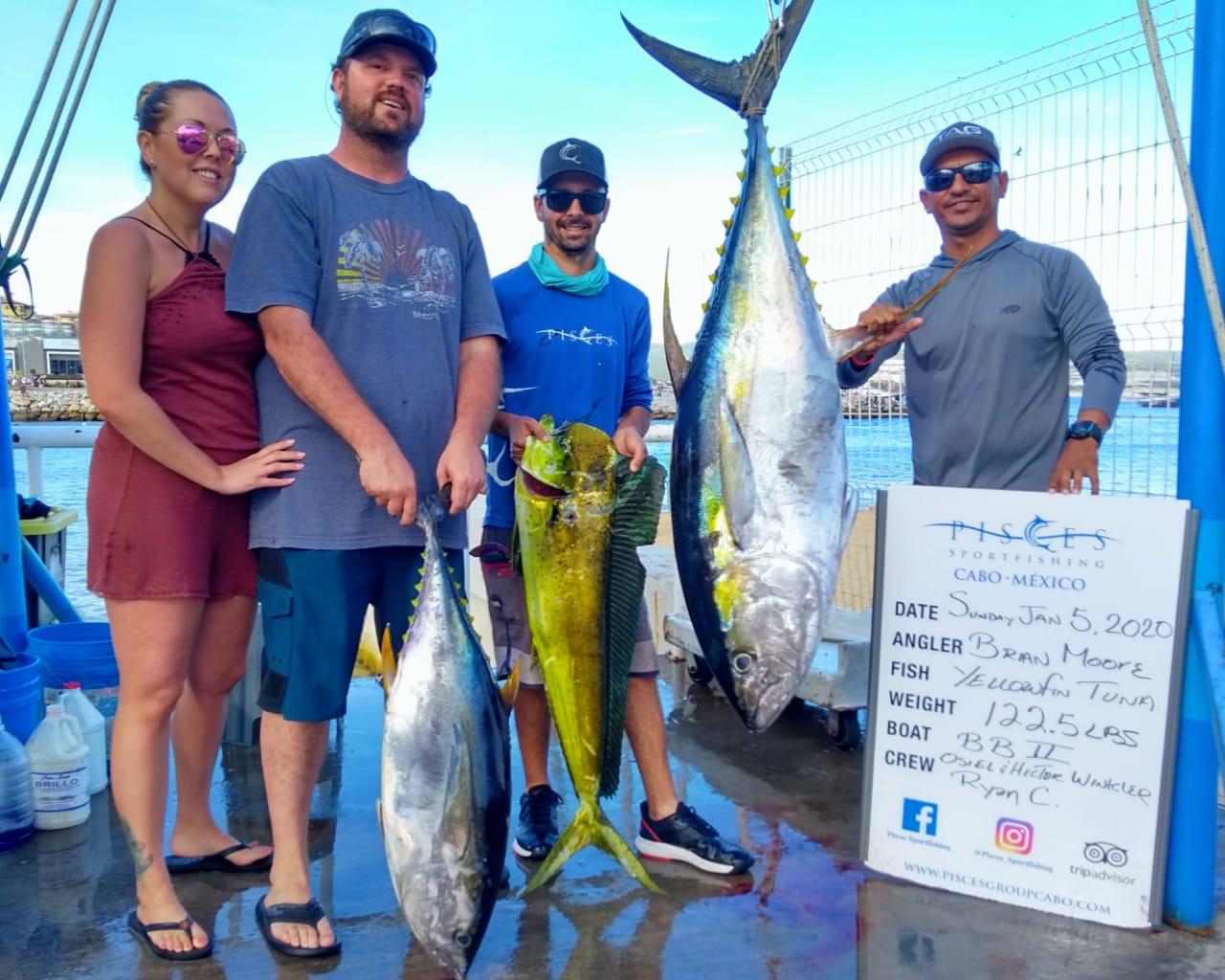 Tuna fishing remains good, with average fish ranging from 20 to 50 lbs, and others over 100 lbs. Pisces 37′ Viking BBII did well to have two back-to-back days of Yellowfin, on Saturday they landed 10 total, mostly around 30 to 50 lbs each, and one 100 pounder.

The next day it was 8 yellowfin for them, with the largest hitting 122 lbs on the scale, plus 8 Dorado too.  There were 382 Tuna caught by Pisces this week. 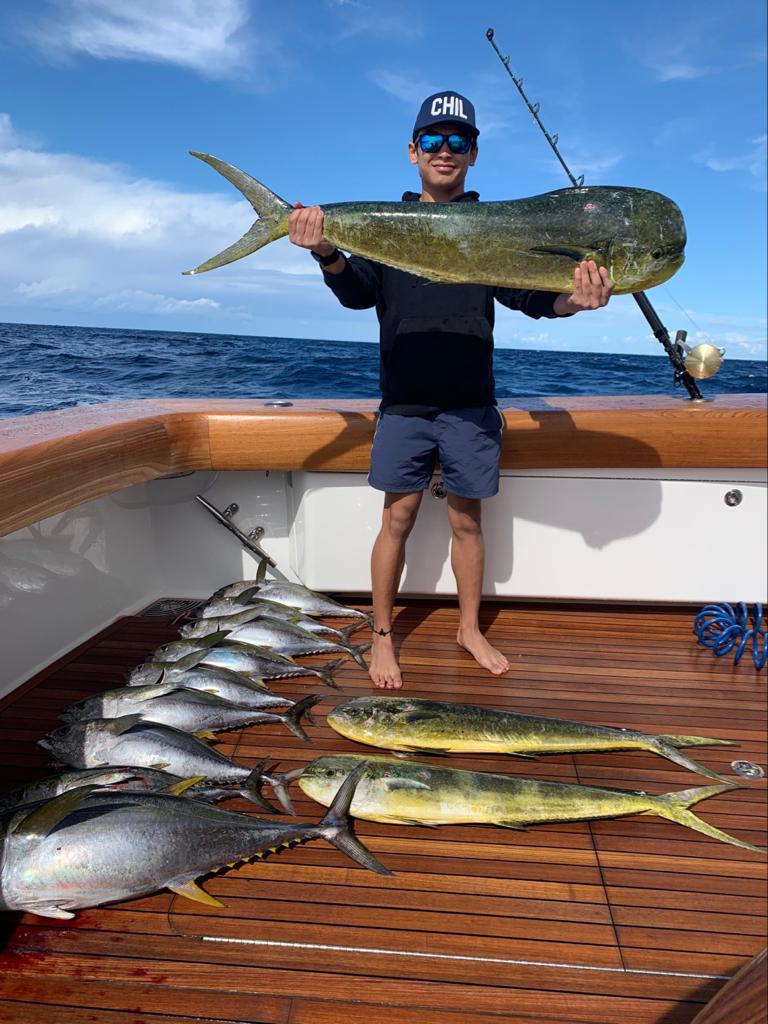 Billfish have been a little trickier to find, but those that have found them, have been releasing mostly Striped Marlin between 100 and 160 lbs each, using ballyhoo and live bait mostly. Pisces 35′ Bill Collector 2 started off the year with a stunning Blue Marlin released, which measured out to 400 lbs and hit on a purple/black/red lure. 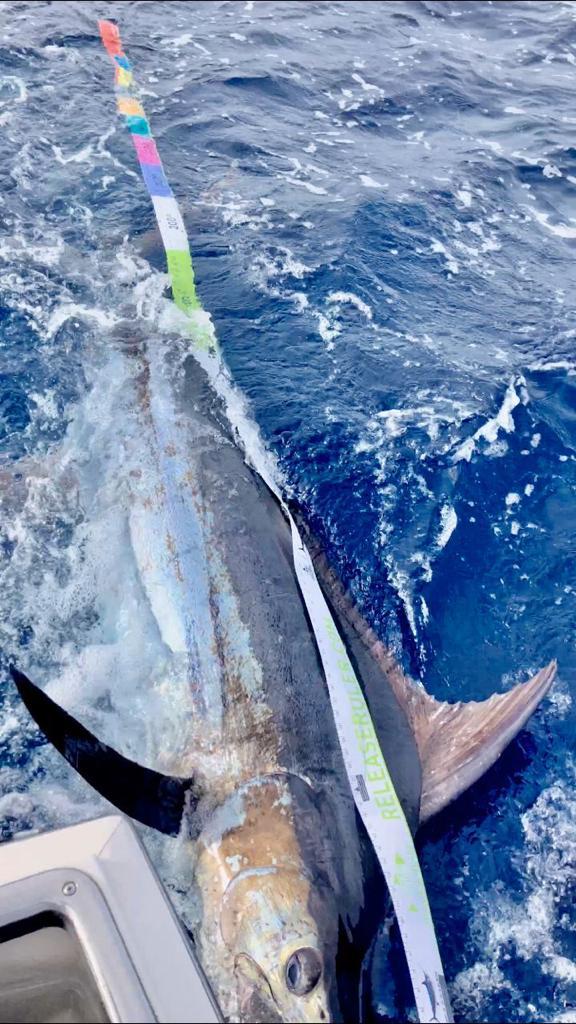 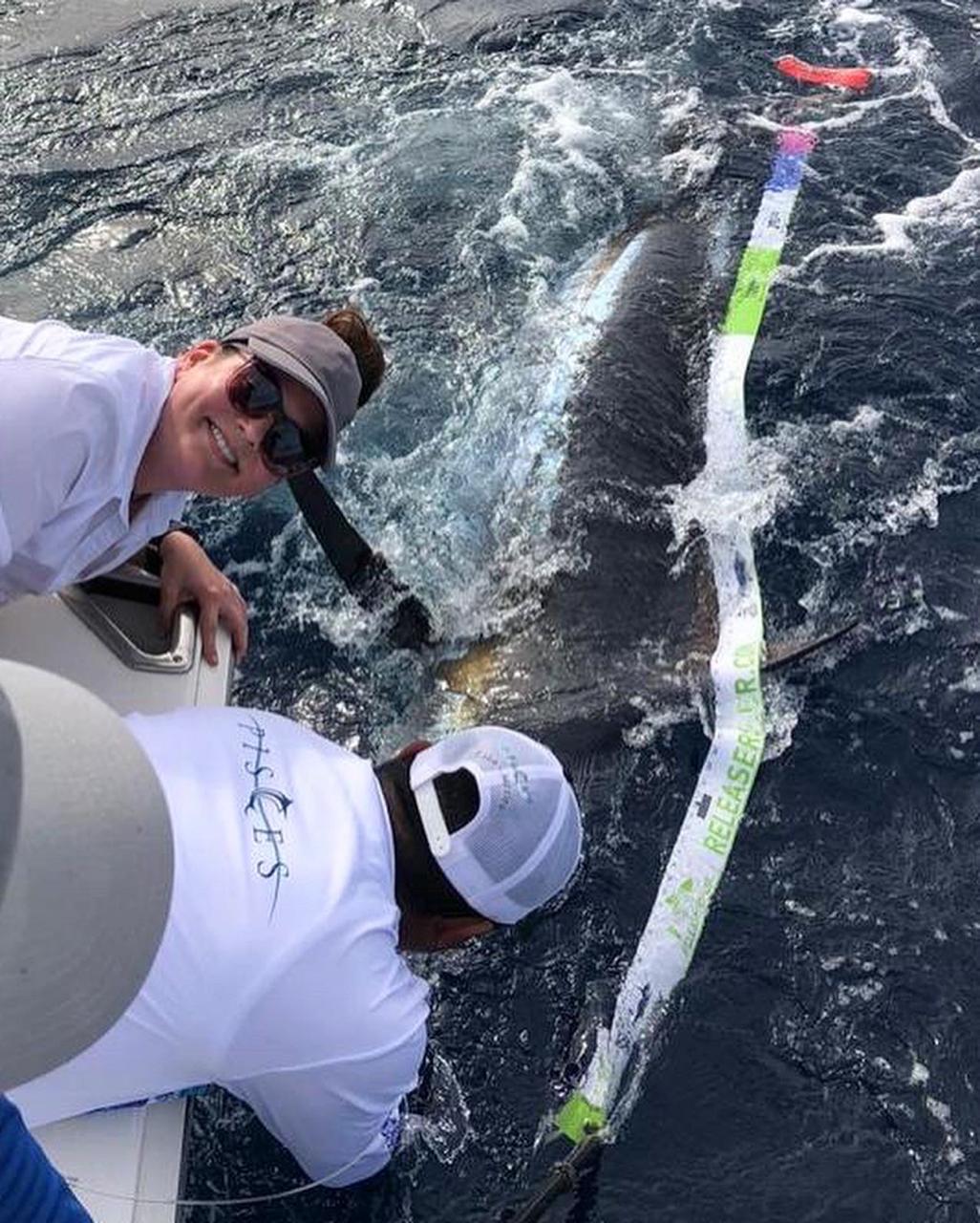 Other species caught were almost solely wahoo and roosterfish, plus a beautiful Spearfish released on Pisces 31′ Tracy Ann of about 90 pounds! 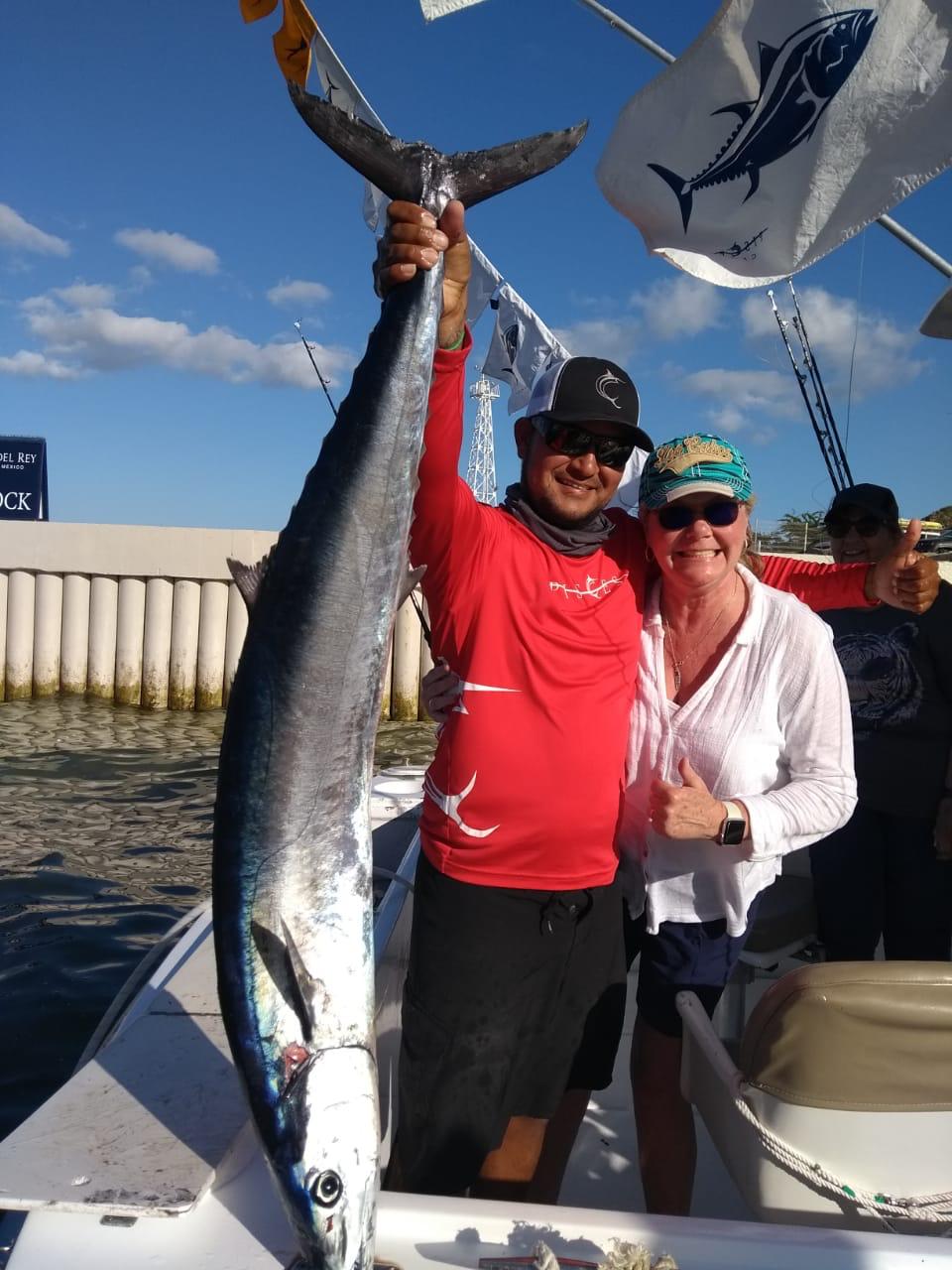 LOCATION: From Old Lighthouse as far as Pozo Cota/MIgrino for Dorado, and up to 30 miles South of Old Lighthouse for Tuna, along with some marlin, 210 spot, Golden Gate.