With weather conditions this week being a bit more difficult, not many boats went out searching for tuna and anglers preferred to place their bets on marlin or stay closer to shore and fish for small game, which has been a lot o fun lately. This strategy paid off well, with the fishing being split pretty evenly between marlin and small game, plus a few dorados scattered through. 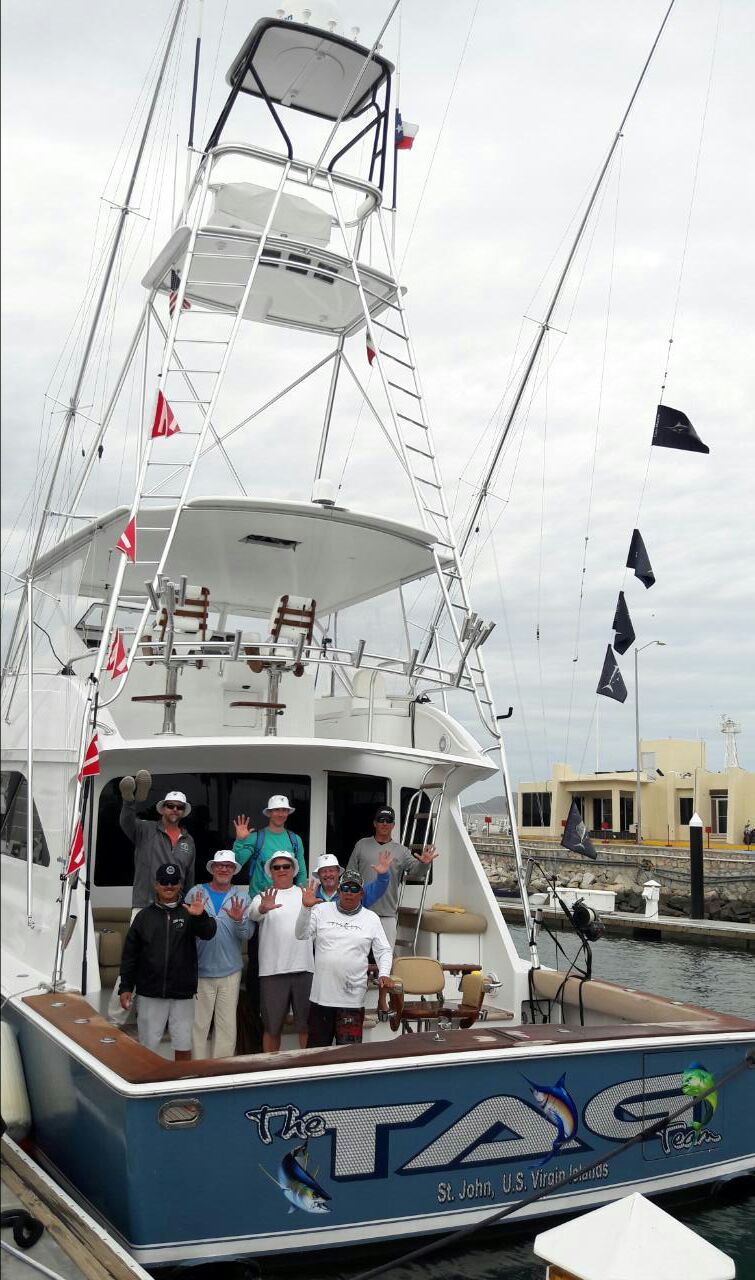 The 61ft Viking, Pisces Tag Team, was our number one boat this week for  most marlin caught in one day, with a great team of 5 anglers celebrating Thomas Wetlauffer’s birthday numero 60 by catching one marlin each! 5 striped marlin total caught out at Golden Gate on mackerel bait, weighing approximately 90 to 120 lbs each. All fish were released.

Pisces 31ft Bertram, Rebecca, also had a great marlin day on the 24th, with anglers Hatch McCray and Steve Haynes catching and releasing 4 striped marlin, also out at Golden Gate on mackerel. The largest marlin was about 160 lbs, with the others being quite small, between 60 and 80 lbs. And 3 striped marlin also caught out at Golden Gate aboard Pisces 31ft Tiburon with Captain Rosendo and anglers from Kansas. 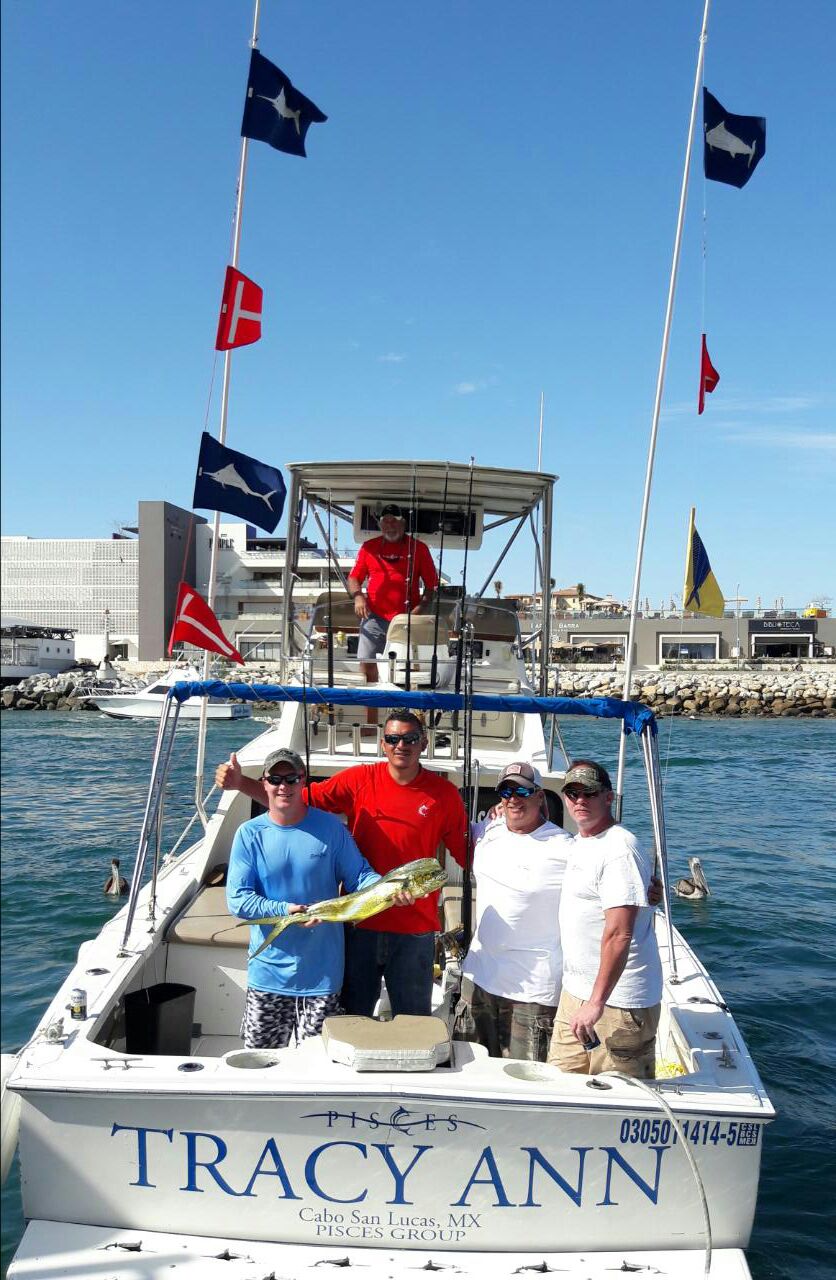 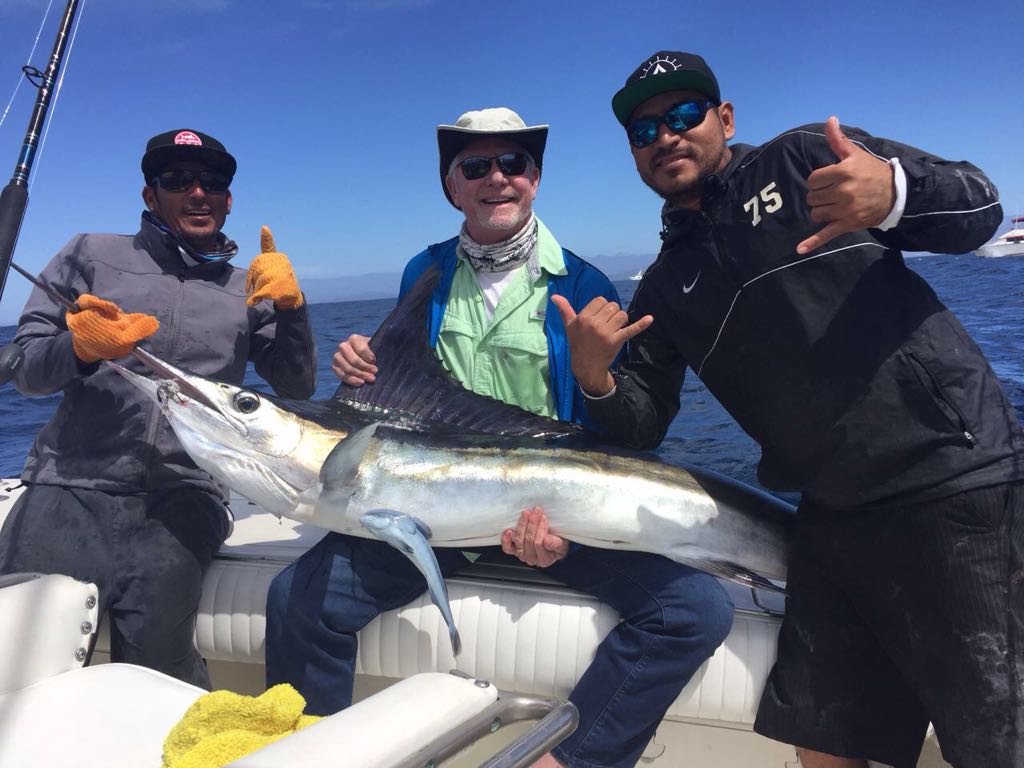 Pisces 35ft Valerie also landed a shark, but this one was a smaller, a mako under 100 lbs, caught out at Golden on mackerel, along with a 100 lbs striped marlin, both of which they released. Later in the week, the Valerie had some fun landing smaller game fish along with 1 striped marlin caught and released at Golden Gate. Anglers Bill Peterson and the Jennings family from Washington also caught 1 red snapper, 10 triggerfish and a small yellowtail by chumming closer to shore at Golden Gate.

The 28ft Pisces Andrea also went for smaller game and was successful, finding 3 sierra, 1 grouper, 3 red snapper, and 15 triggerfish. Sole angler Jeff Robl also landed 1 dorado of about 12 lbs on a feather lure outside of Golden Gate. Small game was found at La Palmita area, by chumming. Just the next day, Pisces Andrea again found dorado, this time slightly larger, about 18 lbs a little closer to shore at Golden Gate. Anglers Bert and Lori Holt and Linda and Peter Lassing also chummed for smaller game and were lucky to land 2 grouper, 4 red snapper, and 4 triggerfish by chumming. 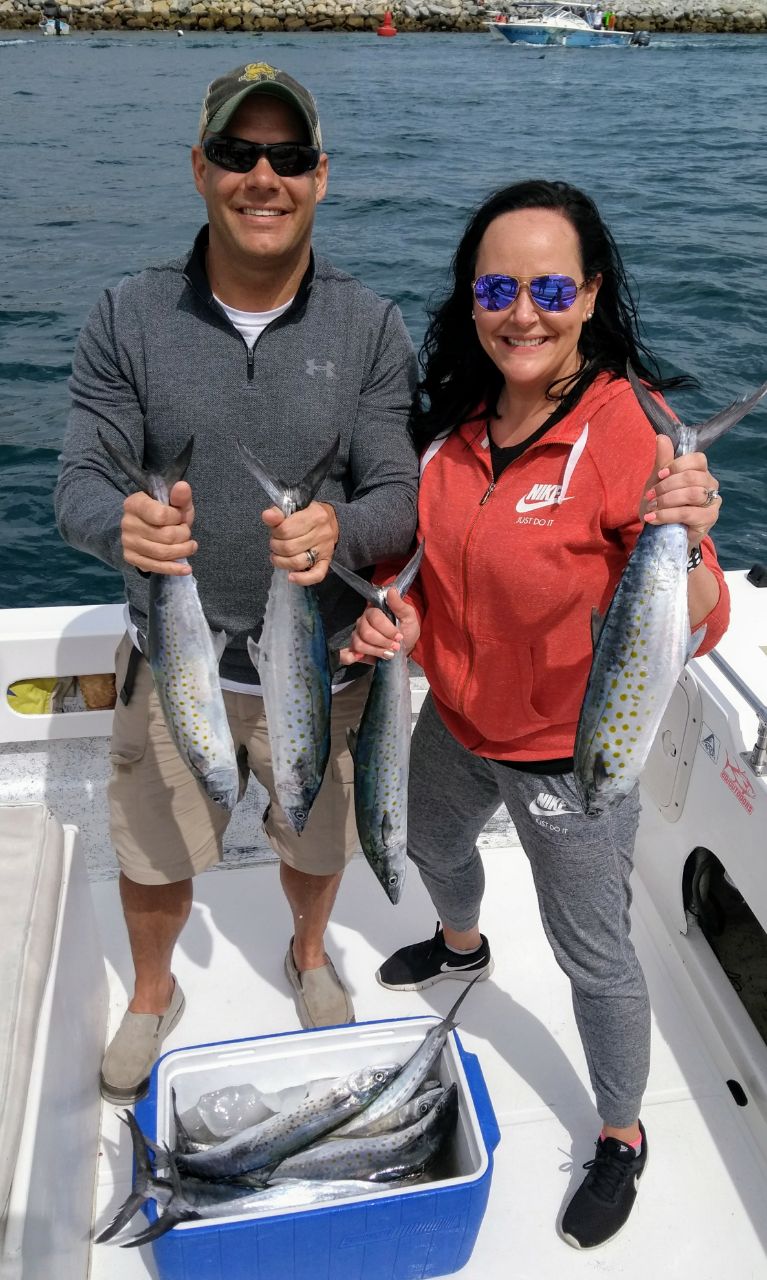 Jeremy and Jessica showing off their sierra catch aboard Panga Pichurro

Panga fishing was also fun this week, with our 24ft Panga Pichurro catching 20 sierra, all about 3 to 4 lbs each, which hit on hoochi lures close to Migri?o, as well as 2 roosterfish. The rooster fish were about 15 and 22 lbs, landed on mackerel bait and were released out at Cerros de Arena area. Anglers were Jessica and Jeremy Remily from Bismarck Nevada.

WEATHER CONDITIONS: Moderate seas – Wind did pick up on a few days this week. Weekend calmed much more, with sunny skies.