Again, what a week! 2018 shows no signs to disappoint any time soon. Great marlin catches out at the Finger Banks and Golden Gate, with all stripers and one blue caught this week and even more dorado. Yellowfin tuna catches slowing down quite a bit and anglers having tons of fun with smaller game fish like grouper, sierra and red snapper, to name a few.

Finger Banks still showing great results this week, as those who made their way the 50 miles up the coast looking for striped marlin found it, and in good numbers too. The 31ft Ruthless, Captained by Beto Lira and with Mate Roberto Padilla caught and released 6 striped marlin of about 100 and 120 lbs  on January 6th, with angler Don Armstrong from Park City, Utah, doing a great job of fighting these fish in g food time, which landed on mackerel bait. The next day, Mr. Armstrong headed out to the Banks again, but this time on the Tracy Ann, where he caught and released another 5 striped marlin, totaling 11 marlin for him in two days!

The 38ft C Rod also headed out to the Finger and caught and released 5 striped marlin of about the same size, with anglers Jerald and Nicholas from Louisiana reeling them in after they hit on mackerel. The C Rod was also the one of the only boats to catch numerous tunas this week; on January 9th, they caught 11 yellowfin in total, all about 10 to 20 lbs on cedar plugs and feather lures out from the Old Lighthouse. 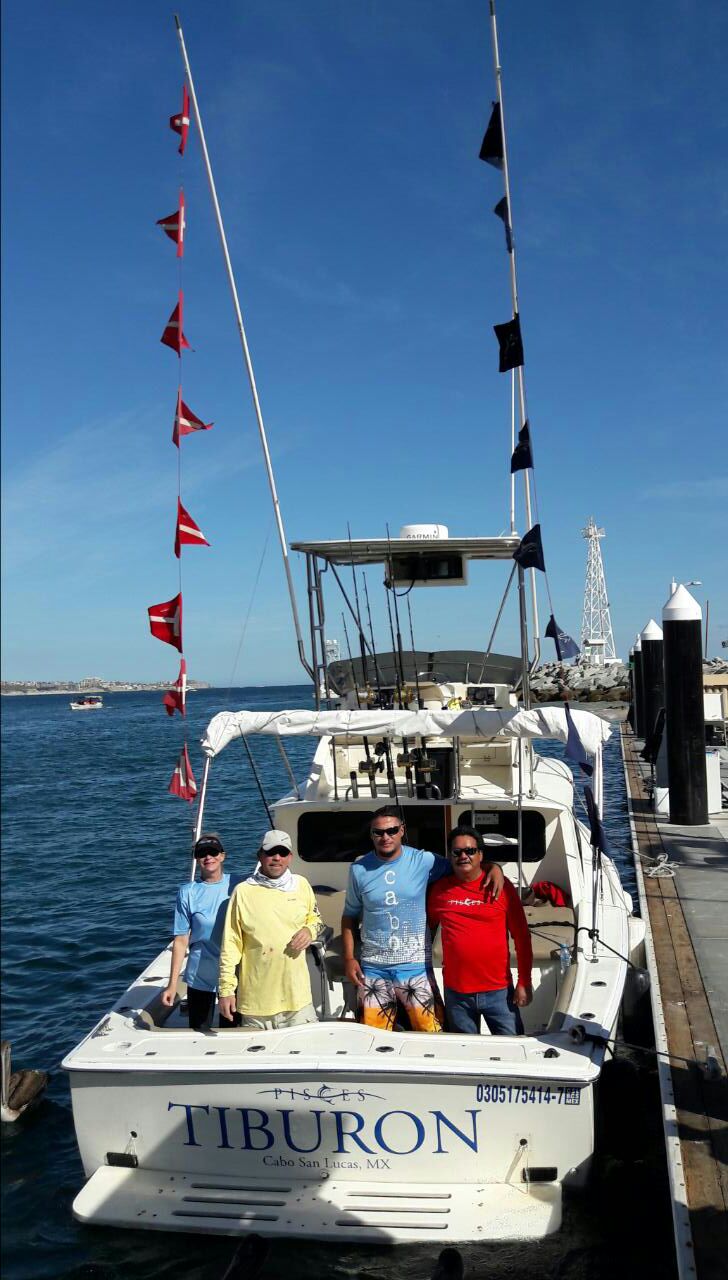 But marlin weren’t only found out at the Finger Bank; Golden Gate also had a marlin frenzy this week, with lucky boats catching up to 8 specimens in one day! For example, 31ft Tiburon, captained by Rosendo Gomez, headed to Golden with anglers Debra and Mark Magourik from Florida and landed 8 striped marlin on mackerel bait, which they released. The stripers weighed approximately between 100 and 130 lbs each. The next day Tiburon headed out to Golden Gate again, this time with anglers from Massachusetts, Robert, Mike and William Wallace, who caught themselves 1 striped marlin each, as well as 1 thresher shark. All fish were released and hit on mackerel bait. 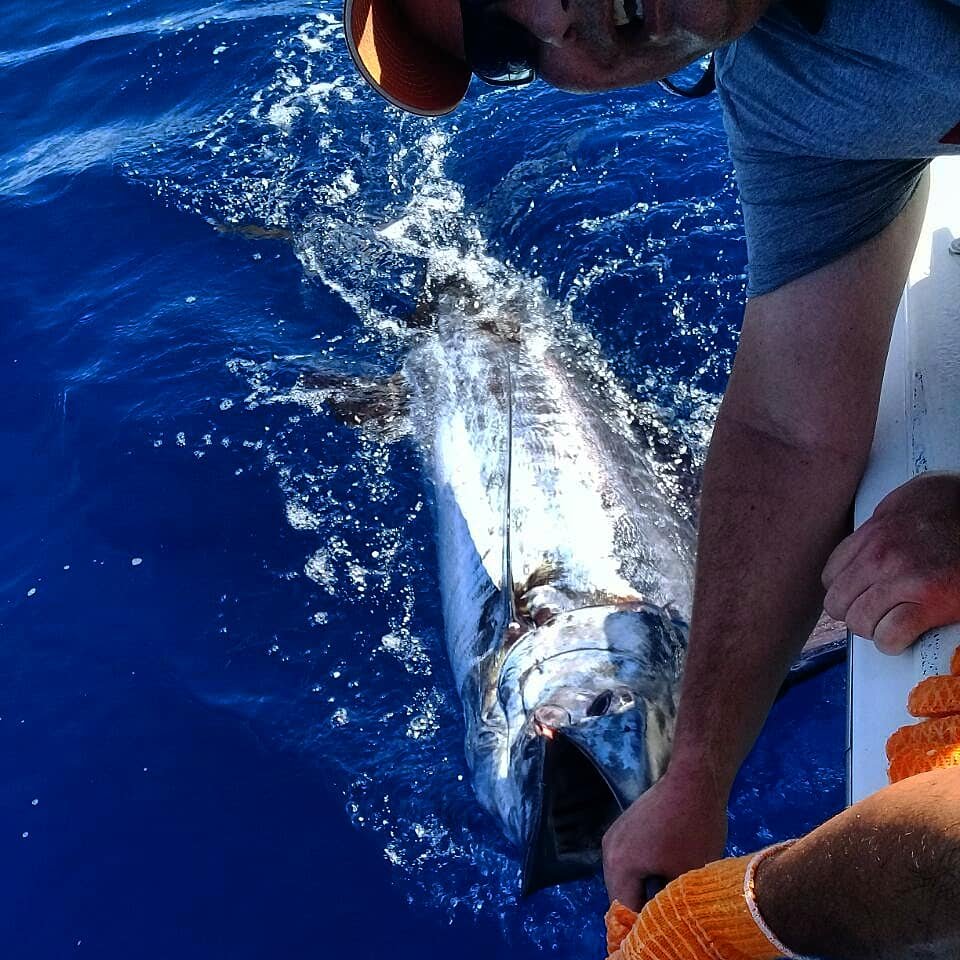 The 31ft Ruthless, had a terrific week, as not only did they make their way out to the Finger, and catch numerous marlin also out at Golden, but they landed the only blue of the week and caught almost every other smaller game fish highly prized by anglers. The blue marlin was caught out at the 11.50 Spot on ballyhoo bait and was released by anglers Brenda and William from Alberta. The fish weighed approximately 200 lbs.

Pisces Ruthless also landed 5 striped marlin of about 120 lbs each out at Golden on mackerel bait with anglers from Massachusetts as well as a small mako shark. All fish were released. The next day, they went out in search of dorado and put their anglers on 8 dorado which weighed between 10 and 15 lbs each. The dorado hit on feather lures and mackerel bait out at Migri?o. They also caught 10 ladyfish of about 2 lbs each, by anglers from Maryland. In addition to this, the Ruthless kept up the winning streak by landing another 3 dorado on green and feather lures out at Pozo Cota the next day, all weighing about 15 lbs. Anglers form Pennsylvania also caught 5 red snappers, and 4 babosas out at La Antena. 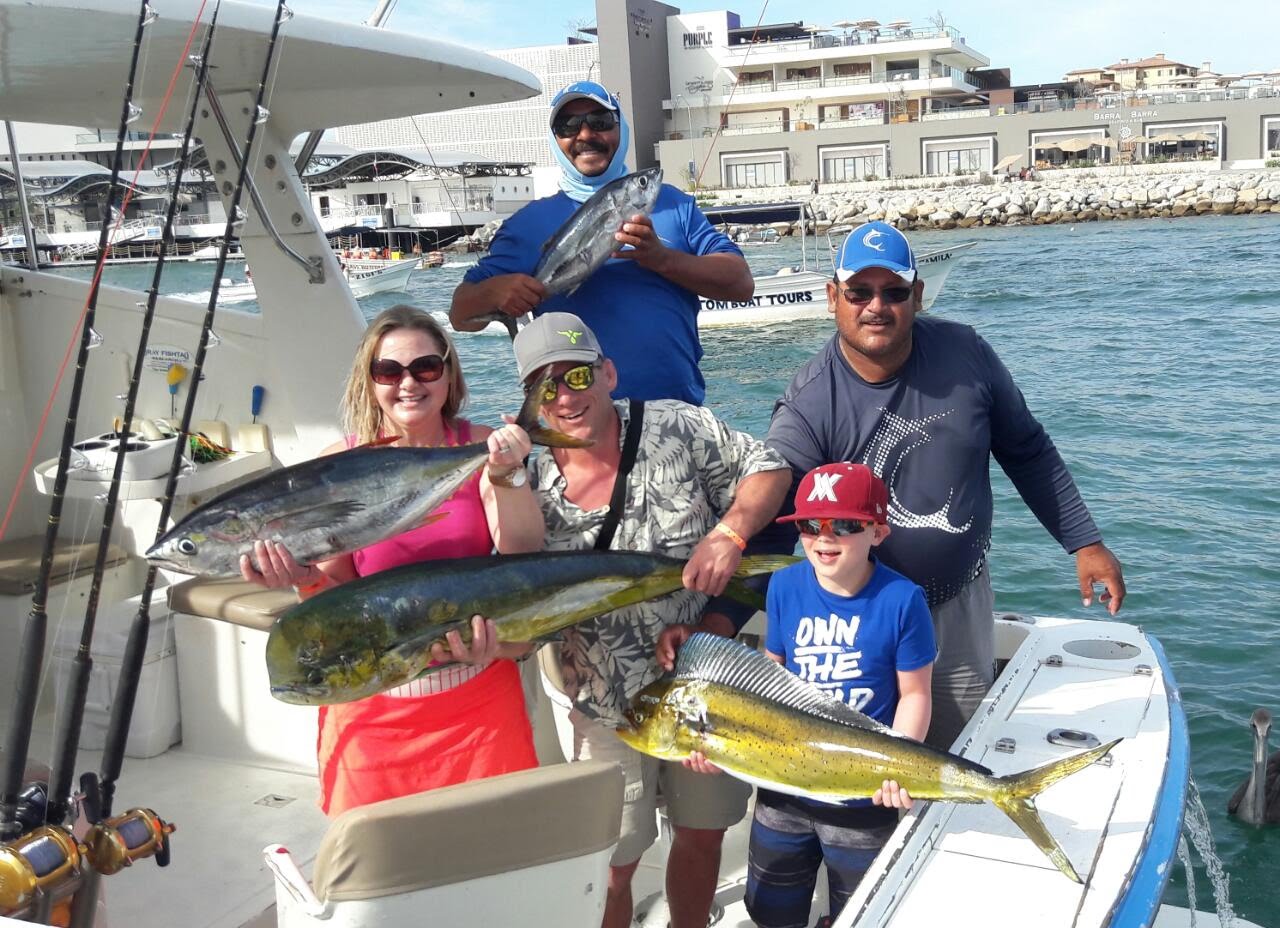 A total of 318 fish were caught by Pisces boats this week. Striped marlin totaled 91, as well as 1 blue marlin, 97 dorado and 23 tuna.