This week we had a brief encounter with Tropical Storm “Bud”, which thankfully did not do damage to the region. Winds of 40 mph and rain did however mean that port was closed Wednesday thru Friday. In the days before this though, the fishing was pretty decent! Still a good marlin bite, and more tuna than seen in the previous week. With three days unable to go fishing, our boats still caught more fish than last week, with tuna numbers growing immensely. We’re hoping this storm may bring a few more mahi-mahi around, as this week again, we only saw one caught. 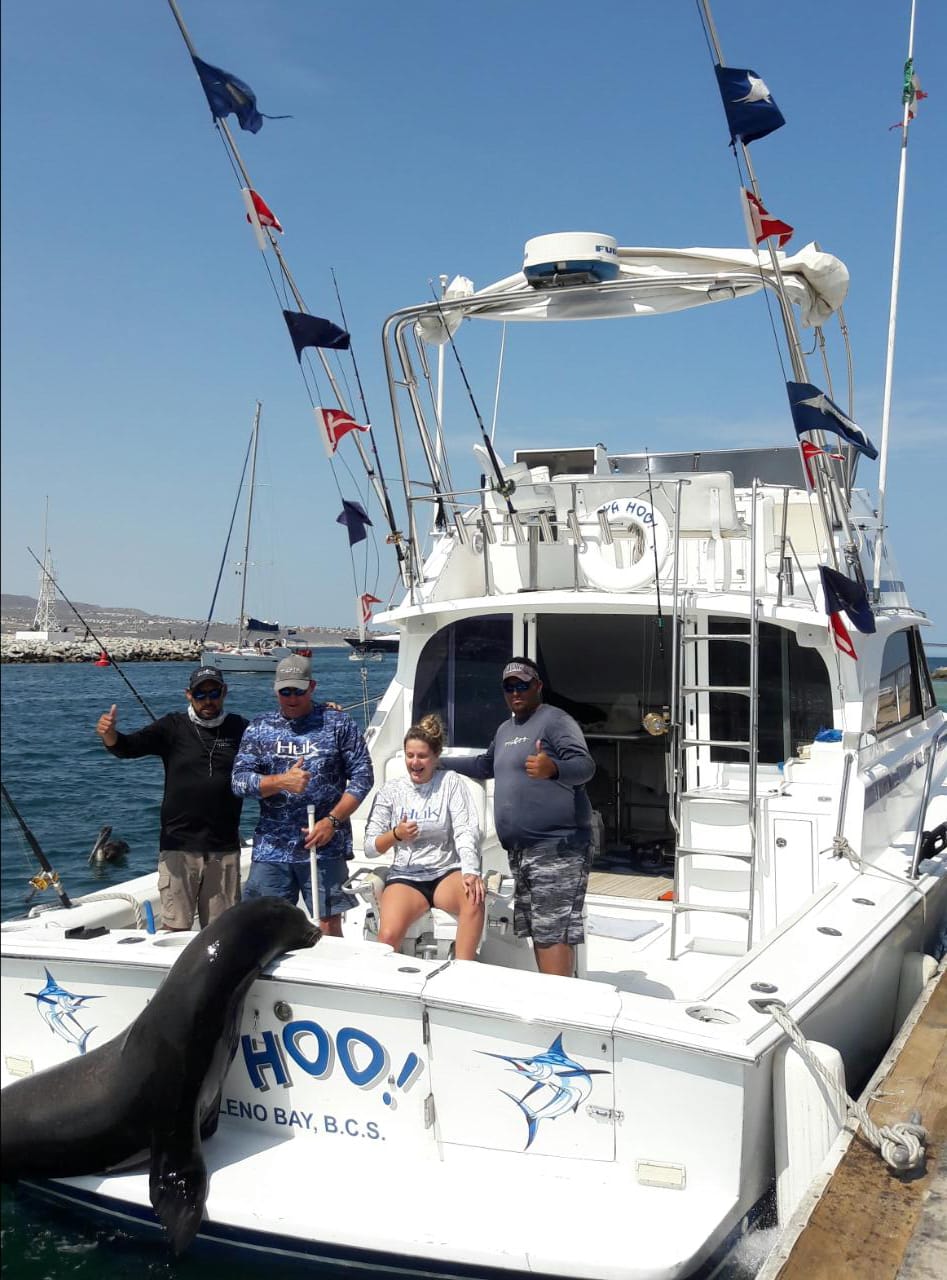 The Devier’s aboard Yahoo show off their 6 striped marlin release flags, and Pancho joins them!

The best day for marlin this past week was June 10th, with all of our boats catching upwards of three striped marlin each.  The top marlin boat this week was the 42 ft Yahoo, with 6 striped marlin caught and released. The marlin were caught out at Destiladeras, and weighed about 130 to 150 lbs each. Anglers were Elise and Thad Devier from Louisiana.

This same day the Pisces 31ft Tracy Ann caught and released 5 striped marlin, which ranged from 100 to 140 lbs mostly, with the largest of about 160 lbs. The crew used caballito bait and sardines out at Destiladeras. Anglers were Ashley and Shelby Adaway and Tracy and Travis Allred, from Texas. 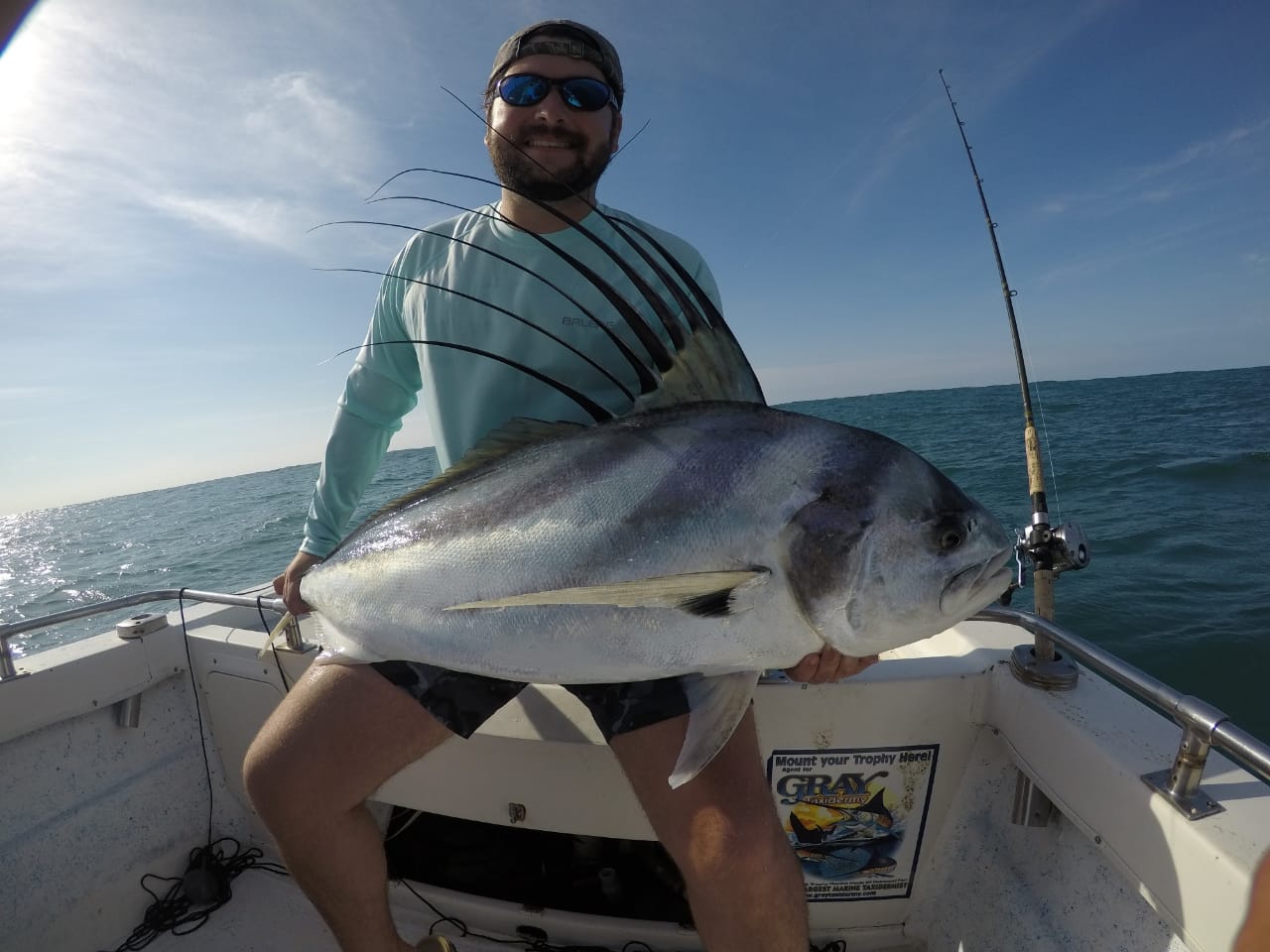 Then we had the 28ft Adriana catch and release 3 striped marlin too and 28ft Andrea, caught and released 3 striped marlin as well. The Andrea had anglers Henry and David Ansley from Saint Simons Island, Georgia, a father and son duo, who fished three days with us and basically got the best of every species up for grabs in Cabo at the moment. They were in Cabo celebrating David’s recent graduation from med school.They released their marlin all between 100 and 150 lbs out at Destiladeras, which hit on mackerel and sardines. The next day they fished again with the Andrea and caught 9 yellowfin tuna; this time at about 22 miles South of the Old Lighthouse, on cedar plugs. The tuna were a decent size, ranging between 15 and 25 lbs each. And as if this wasn’t enough, their last day they decide to stay closer to shore, and look for some roosterfish. They did just that, with 2 roosterfish caught and released on a half day of fishing, aboard our Pisces Panga, Samantha. The roosterfish were caught out from Chileno on caballilto bait. The largest of the two was a beautiful 45 pound fish, while the other was about 8 lbs. Of course both were successfully released (You can check out our Instagram or Facebook page for video footage of their catch and release). 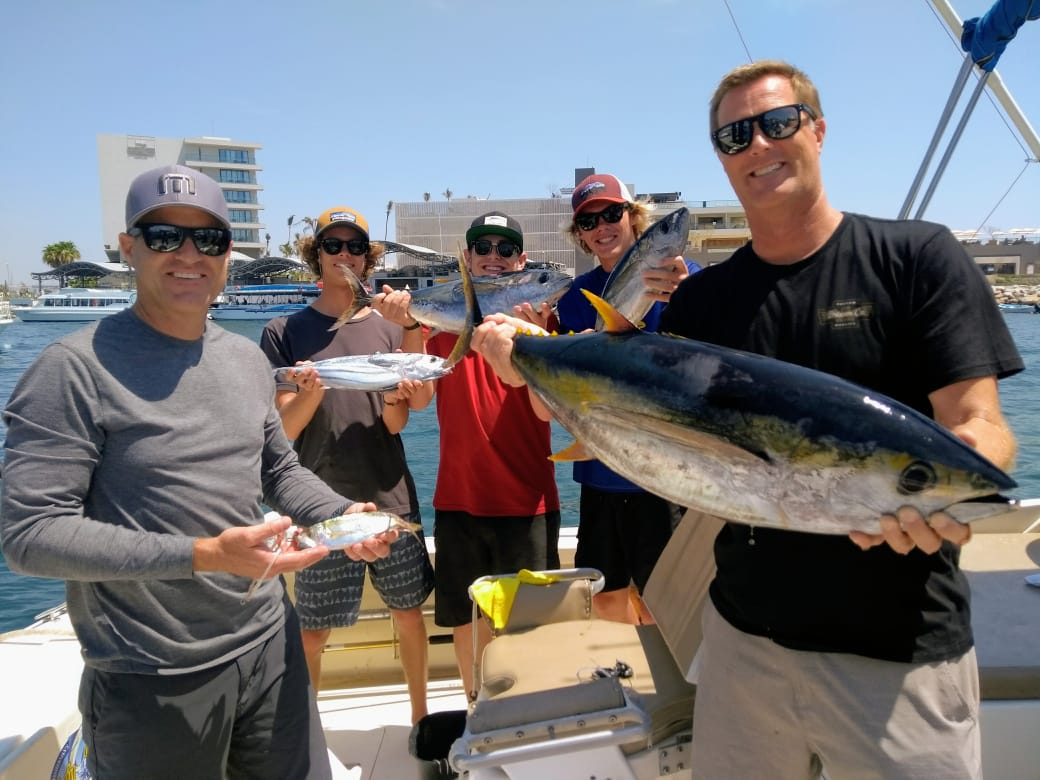 For more tuna in the week, we saw Pisces 38ft BajaMark have two good consecutive days of tunas, with 13 yellowfin tuna on one day and 9 on another. The 13 yellowfin were caught by anglers Michael Wonser and Preston Reeves from Chatsworth,CA. The fish were caught about 20 miles out of the Old Lighthouse and weighed between 10 and 12 lbs.

The Pisces 31ft Ruthless also impressed with their tuna catch on a half day; landing 16 yellowfin of about 6-8 lbs each, about 21 miles out from La Herradura on cedar plugs and feather lures. Anglers were Bill and Kaden Jawitz.  Other boats, including Tracy Ann and Billcollector land between 25 and 30 yellowfin tuna each!

The only dorado of the week was caught by Pisces 31ft Cabolero, with family of three, including young 7 year old angler Jackson Brown, catching and released 2 striped marlin of about 150 lbs on caballito bait at Destiladeras. They also caught the nice 20 lbs dorado at Punta Gorda on a cedar plug lure. 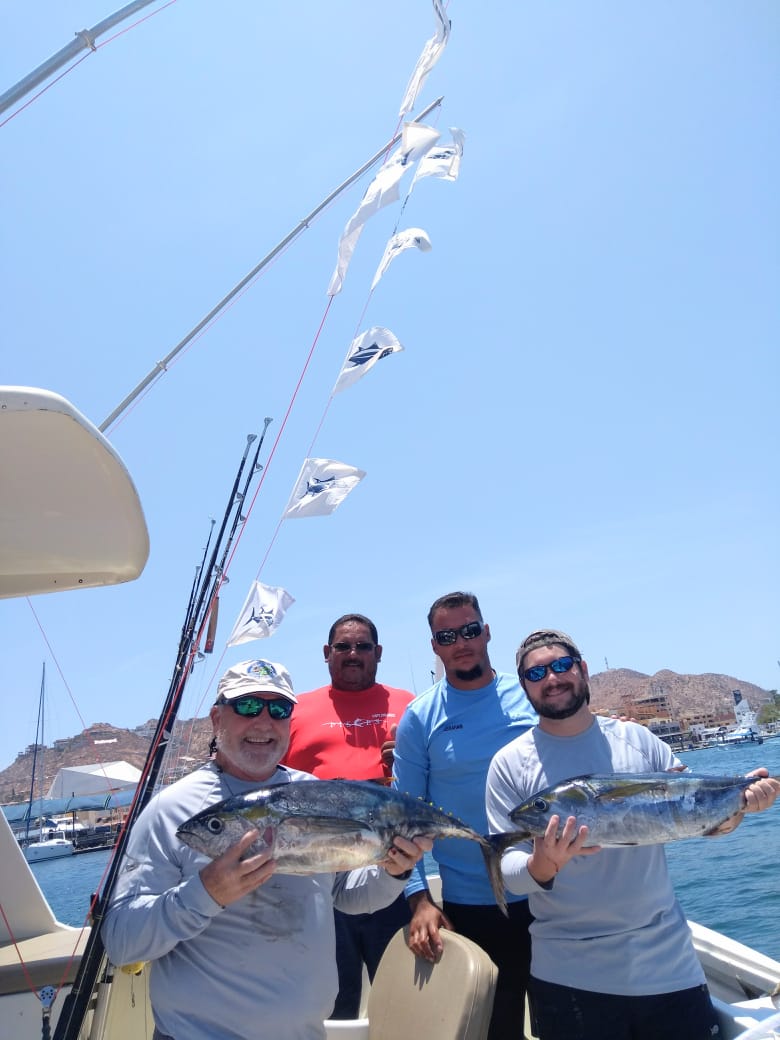 David and Henry Ansley show off their tunas caught aboard Andrea

Pisces boats caught  fish total this week, with 34 being marlin, 100 being tuna, 1 dorado and 5 being smaller game fish. All marlin were released, and catch limites well respected.