With unbeatable weather conditions and many species to target in diverse areas, this week was a great one! Marlin numbers are strong and fishing has been more consistent, with only two out of 70 boats out this week not catching fish. Again, seeing upwards of 3 striped marlin per boat was not unusual, as well as very nice “smaller game” fish of very decent size, such as red snapper, grouper, yellowtail and wahoo, all upwards of 20 lbs.

The 48ft Pisces Listo had a tremendous week, with success on every day it was out. On March 10th, anglers from Arkansas, caught and released 3 striped marlin of about 120 lbs each, which hit on tigrillo lures and mackerel bait. They also landed 3 nice dorados which ranged in size from 5 to 15 lbs. All fish were caught out at Destiladeras, on the East Cape.  A few days later, this same group went out to try their luck again, and successfully caught and released 4 striped marlin this time. Most marlin were about 120 to 140 lbs, but his time they caught them solely on mackerel outside of Punta Gorda. And if that wasn’t good enough, the next day, Captain Guadalupe managed to find another 4 striped marlin to catch and release with anglers the Whaley, Aiken and Roach families, from CA. All marlin were about 120 lbs and hit on mackerel at the 11:50 Spot. 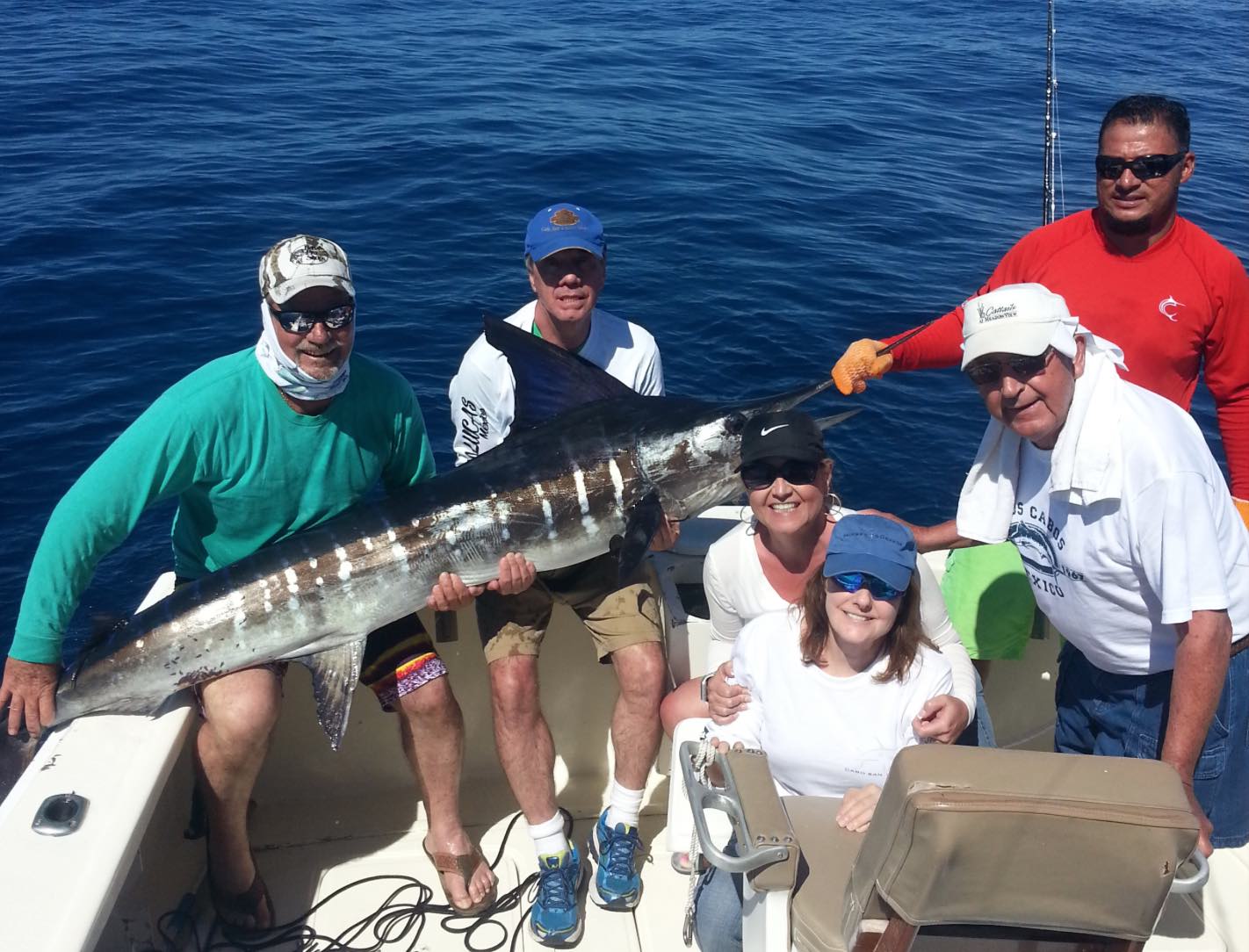 Pisces 42ft Yahoo also caught 3 striped marlin out at Destiladeras on the 10th of this week, with anglers Carrie and Craig from Frisco, Texas, releasing all of them. The fish hit on mackerel and weighed about 130 lbs. They also caught 2 dorado of about 15 lbs each.

Pisces 35ft Valerie did great to catch 3 striped marlin with anglers from Pennsylvania releasing them all, weighing about 120 to 150 lbs each. The fish were. landed on mackerel out at the 11:50 Spot. This same day, Pisces 42ft Hot Rod also caught 2 striped marlin of about 100 lbs each, one of which they released. Anglers caught 8 small dorado as well, just under 10 lbs each. These hit on mackerel and ballyhoo bait. 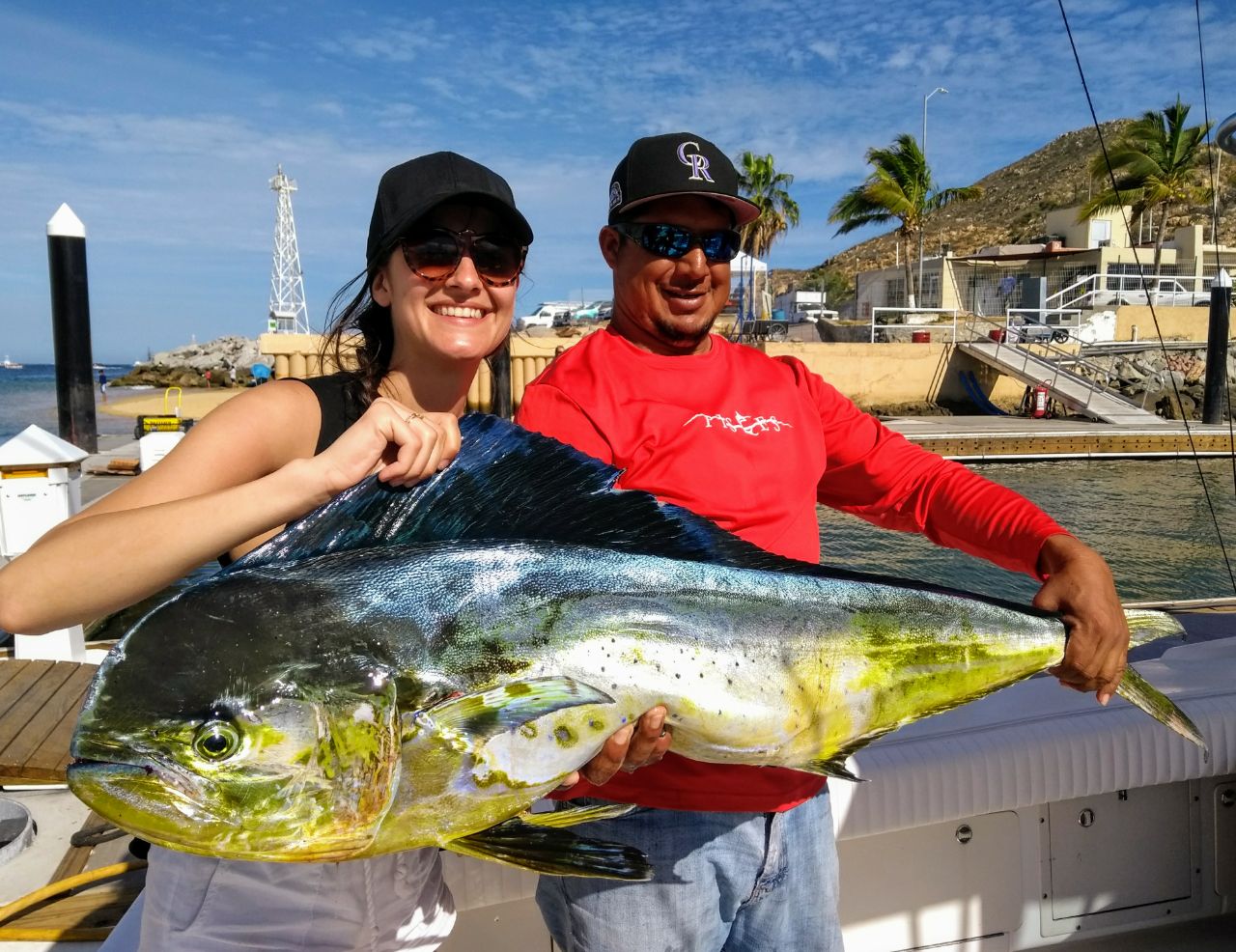 As for other species, the 38ft BajaMark and anglers from CA caught themselves the biggest red snapper of the week; a gorgeous specimen of just over 25 lbs. and others ranging in size from 10 to 15 to 20 lbs. They caught 6 red snapper total on mackerel at Golden Gate, as well as 15 triggerfish by chumming, and topped it off with one 100lbs striped marlin, which they released.

Pisces 28ft Adriana also did well to catch a nice 25 lbs jack crevalle, which they caught with a rapala lure, as well as 8 sierra, and 2 nice dorado of about 15 lbs, which hit on mackerel. All fish were caught closer to shore at Golden Gate area and Migrino by anglers Daniel and Kevin Shilito from Canada. 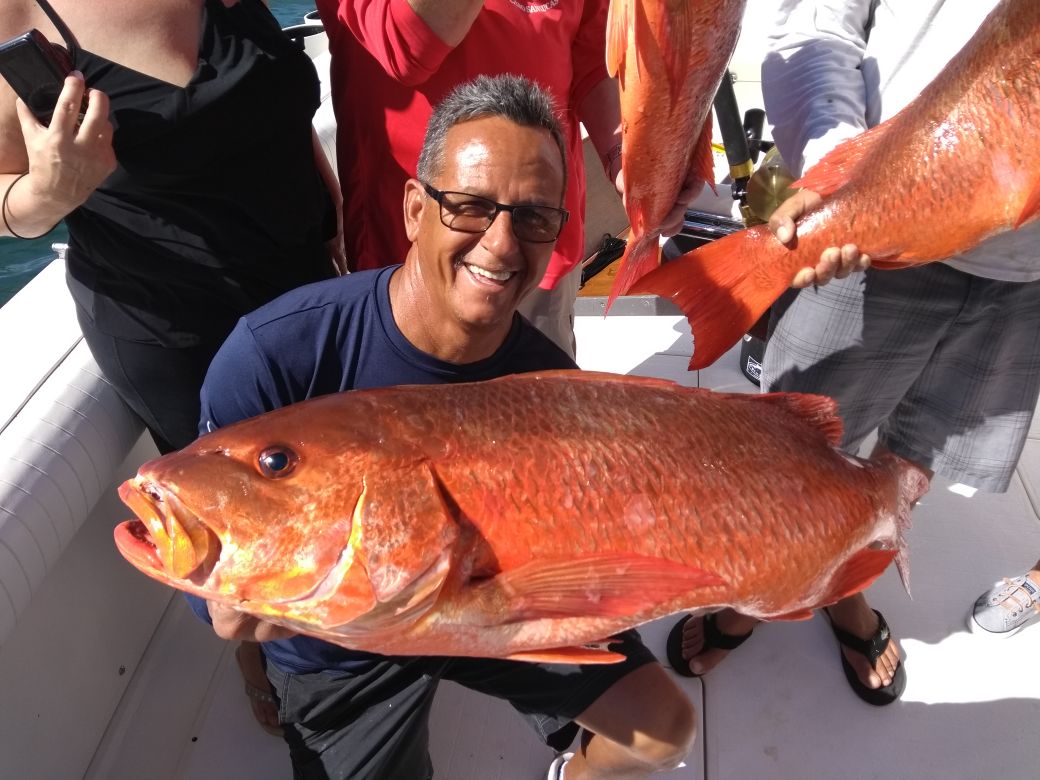 As for tuna, again this week, Pisces 33ft Thresher was the one to find them, with anglers Anamaria and Vlad Orza and Joey Reiman catching 2 nice yellowfin of about 25 and 40 lbs each. They were caught on Hoochi lures our at the Man Spot. Later in the week, Thresher also caught 2 roosterfish of about 12 lbs which they released at Los Arcos, and 2 amberjacks, released at Las Margaritas, by anglers from Texas. 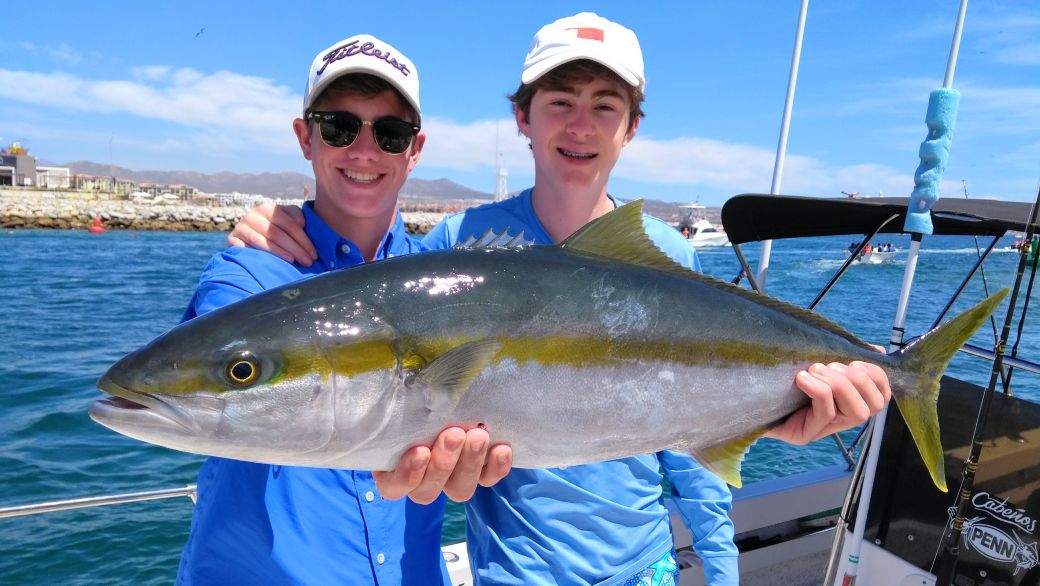 Anglers with one of their two yellowtail catches aboard Panga Poseidon, they also caught 4 roosterfish this day!

And last but not least, Pisces 31ft Tracy Ann caught 1 dorado 25 miles out from the Old Lighthouse on mackerel, as well as a nice sized wahoo of about 40 lbs, also on mackerel, for Gregg and Wyatt Gay form Ohio.