This week, in good ol’ Pisces’ Rebecca fashion, anglers and crew caught the most marlin out of any other boat in the fleet, and I dare to say, all of Cabo San Lucas, with 16 striped marlin caught and released total.

Their luckiest day was March 21st, when anglers Kristine, Mike and Morgan Farley from Colorado, caught and released 7 striped marlin ranging form 120 to 160 lbs each, out at Punta Gorda on mackerel bait. The next day wasn’t too shabby either, with 5 striped marlin caught and released, this time by anglers from North Carolina, and fish ranging from 120 to 140 lbs each. Again, the marlin were landed at Punta Gorda on mackerel bait. 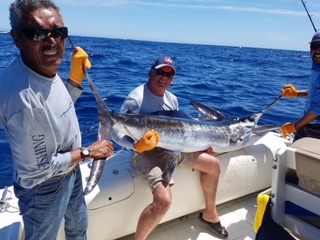 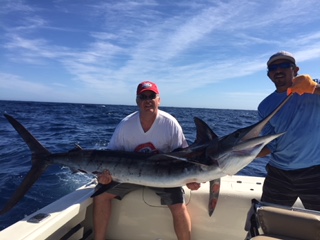 Pisces 42ft Hot Rod also did very well this week, keeping things consistent and averaging from 1 to 3 marlin daily.  For example, anglers Carl Cuccio, William Mitchell and William Robinson, caught themselves 1 marlin each, totaling 3 for the day, with each weighing about 130, 140 and 150 lbs and all released. These too, were caught at Punta Gorda on mackerel. The next day Punta Gorda paid off  gain, with 2 striped marlin caught and released on mackerel bait.

Formerly named Tag Team, the 61ft Viking, now named Pour Decisions, demonstrated that whatever the name, they’re still called “fish catchers” for a reason. Captain Nayo Winkler had luck on both their outings this week, with 2 striped marlin caught on one of the days, out at the 11:50 Spot by Stan Gribble, Paty Alvarez, Miriam Martin and Kevin Wilson of Alabama. The marlin were caught on mackerel, released, and weighed about 120 lbs

For tuna this week, the Pisces 35ft Knot Workin’ did well to catch 14 yellowfin ranging from 8 to 14 lbs on cedar plugs, 8 miles off of the Old Lighthouse. Anglers were Lorne Polger and Monica Diaz Rivera from Cabo. 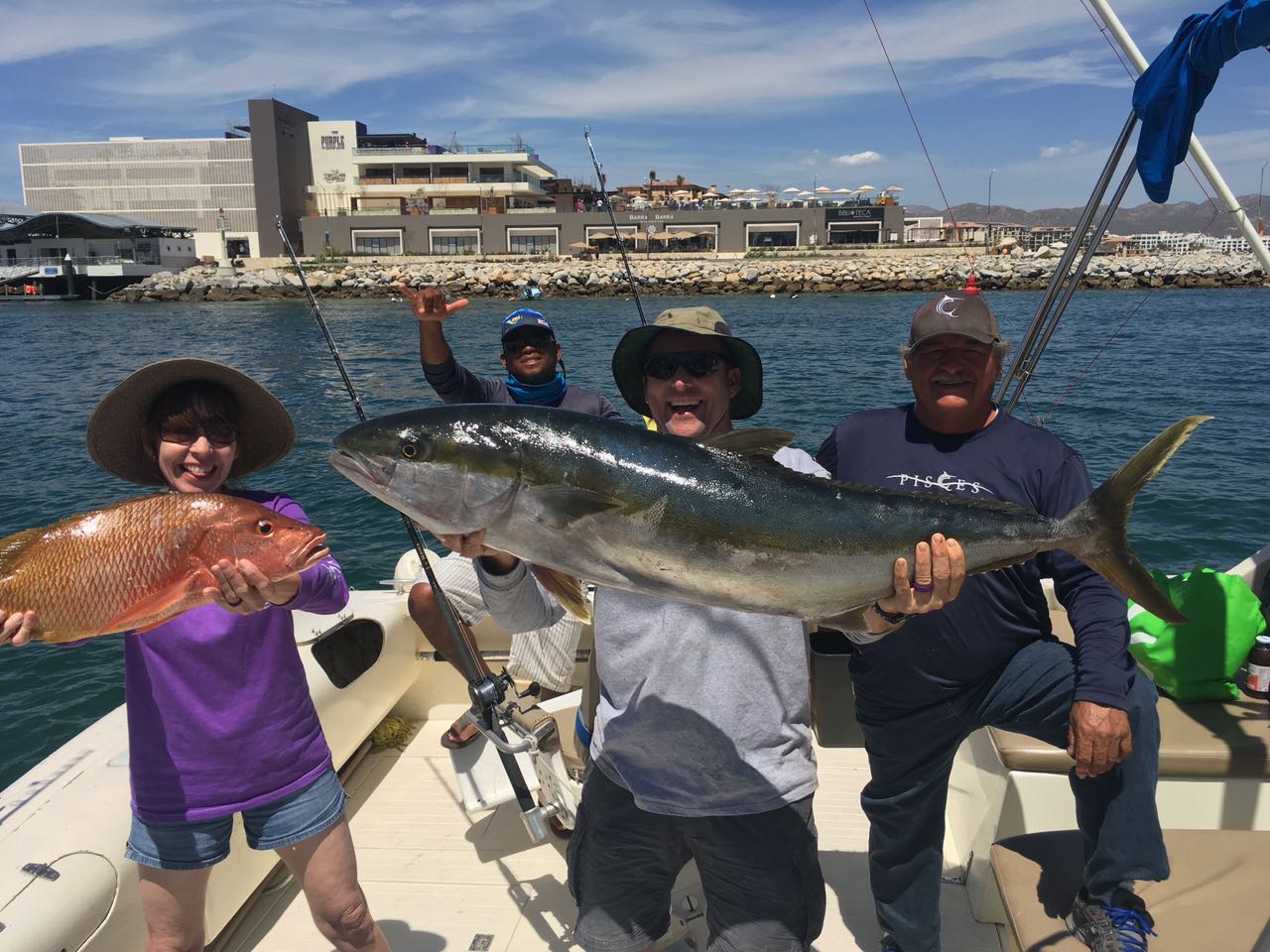 As for other other fish, the Pisces 28ft Adriana was the only boat to catch dorado this week, and others, like the Pisces 38ft BajaMark, had many fun smaller game catches. Anglers, the Tibbits and Huxold families, caught 3 sierra of about 5 lbs each, 1 grouper, 10 red snapper, and triggerfish by chumming close to La Lobera.

The Pisces 31ft La Brisa also did very well, as anglers Jonathan and Lisa Romberg had their hands full with their catch: 2 pompano, 3 red snapper, 1 skipjack, 28 triggerfish and one very impressive 45lbs yellowtail total. Fish were caught out at La Palmita area.

Pisces boats caught a total of 369 fish this week, with 61 being marlin, 1 dorado, 36 tuna and 271 other small game species. All catch limits respected.