We saw a little bit of everything this week, and even though dorado catches have slowed right down, we’ve seen all other catches varying from striped marlin to tuna, and from sierra to wahoo, and even mako sharks, yellowtail and grouper.

The 31ft Pisces Ruthless was the leading example this week of a boat which caught just about everything possible. They started off the week with anglers, the Deforest family, catching and releasing 1 striped marlin of about 140 lbs on mackerel, as well as 2 mako sharks of about 40 lbs  and 1 red snapper, all out at Golden Gate. They also caught 1 sierra on a hoochi lure and 10 triggerfish, out at Migri?o. The next day, Ruthless did well to catch and release 2 striped marlin of about 110 lbs each out of the 110 Spot (32 miles out) on mackerel bait, and the only 2 dorado caught this week, of 15 and 20 lbs each. All fish were caught on mackerel bait. Anglers were from Boiling Springs, South Carolina. 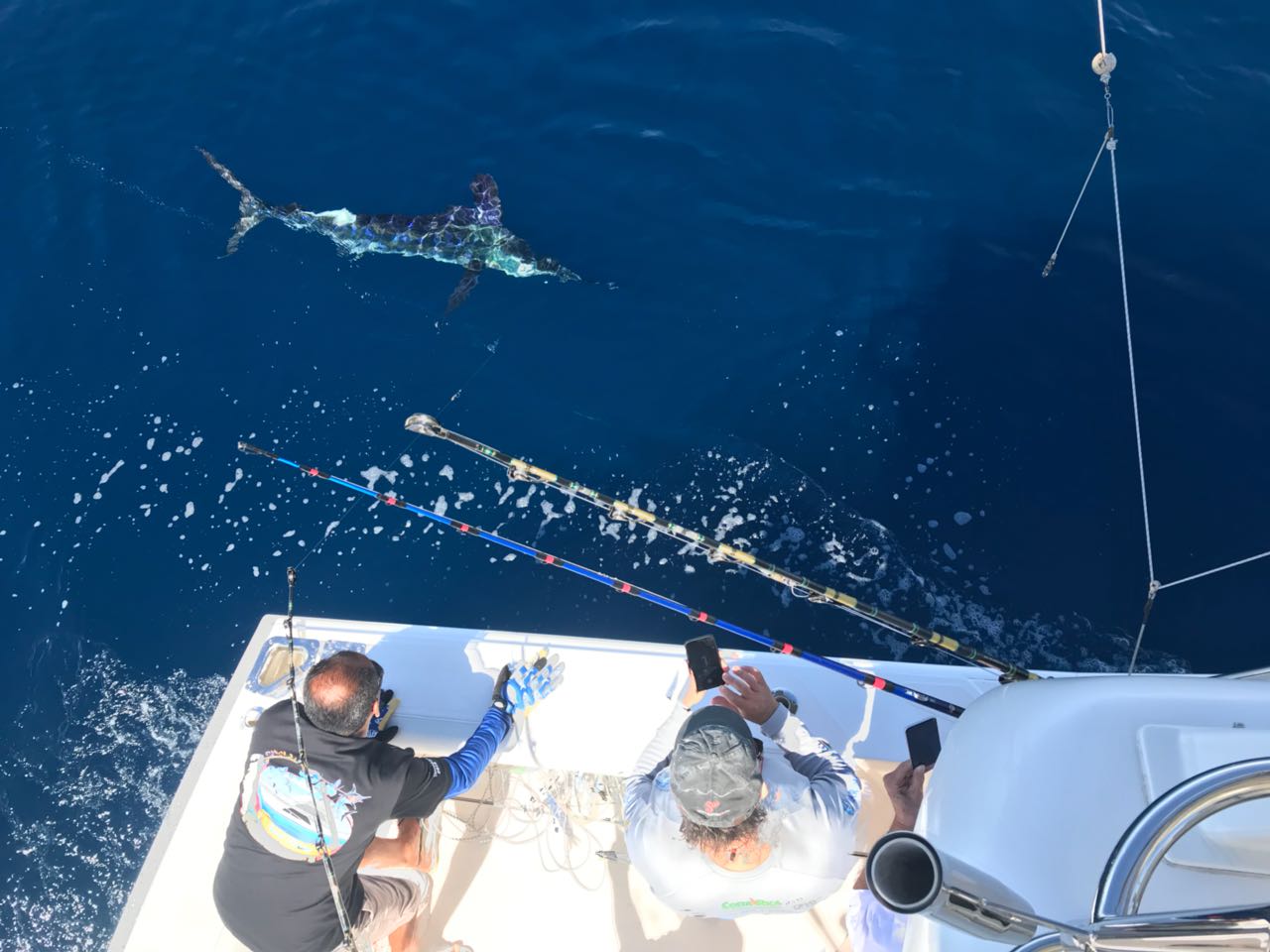 To top off the week, the Ruthless caught the most marlin out of any boat this week, with 4 striped marlin caught and released, ranging in weight from 130 to 160 lbs each. All of the marlin were caught out at Golden Gate on mackerel. They also caught 9 decent sized sierra, of about 4 lbs each, 1 red snapper and 4 triggerfish; these were landed closer to shore at Golden Gate as well. Anglers were Milton Zemanek and Tim Shoop. 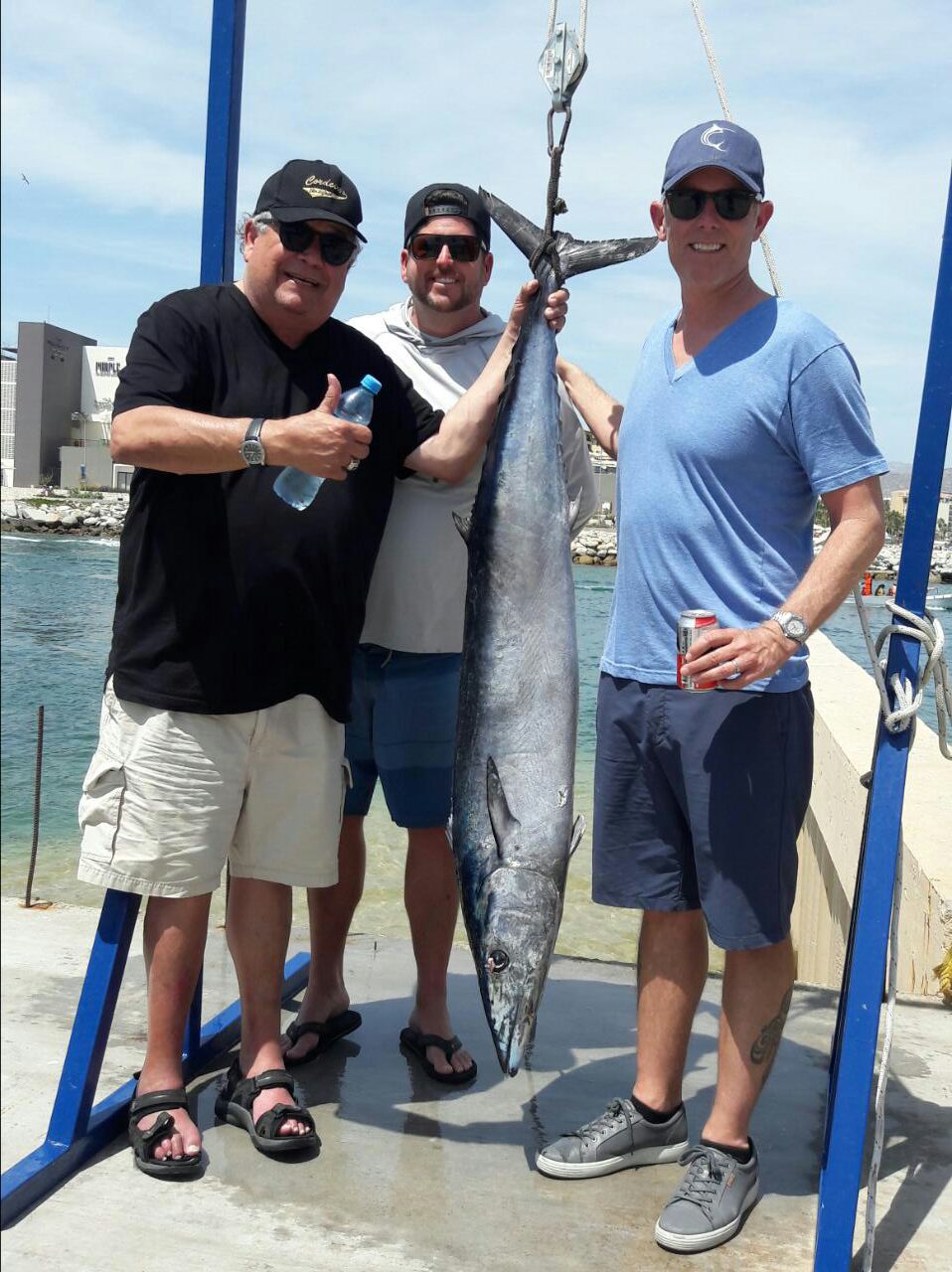 Jeffrey, Lawrence and Stephen with their 53lbs Wahoo caught aboard the Valerie

For yellowfin tuna this week, La Brisa was one of the top boats as well, with 16 tuna of about 8 to 10 lbs each, caught on cedar plug lures. The fish were caught between San Jaime and Golden Gate by William and Shannon Marie Vallas.

Pisces 35ft Valerie a nice 35 lbs yellowfin on feather lure out at the 11:50 Spot. They also found a nice wahoo there, a beautiful specimen of 53lbs which hit on a Petrolero lure. Anglers were Jeffrey Hackett, Lawrence Miller and Stepen Dubane from Palos Verdes, CA.

38ft BajaMark had a great half day of fishing for small game, with 8 fish caught total: 5 sierra, 2 groupers of about 8 lbs, and 1 red snapper, all on rapala lures and by chumming at La Palmita area. Anglers were the Sullivan and Wiitala families from Illinois. 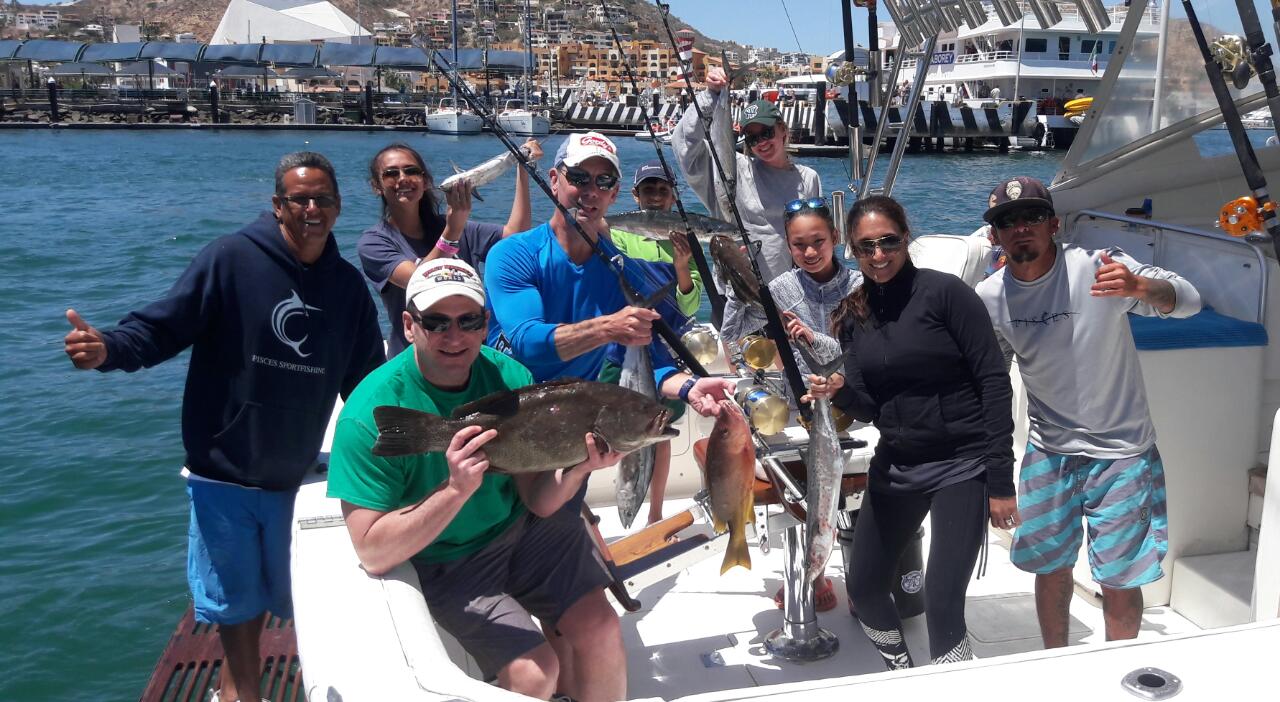 Anglers aboard 38ft BajaMark with some of their catch