Marlin numbers continue to impress this week, with over 60% of boats catching them, as well as two sailfish caught and released. Some boats continue to catch up to 3 or 4 marlin a day, along with some dorado and other small game fish. A few nice yellowtail are included in the small game catches this week, giving us great foreshadowing of the season to come. This week the fishing grounds changed from the last few months, where fishing had been found consistently on the Pacific at Golden Gate. Now fish such as marlin and dorado are being found mostly south close to the 11:50 or East past Punta Gorda. Some fishing still out on the Pacific by Los Arcos and Migrino and of course small game closer to shore in diverse areas. 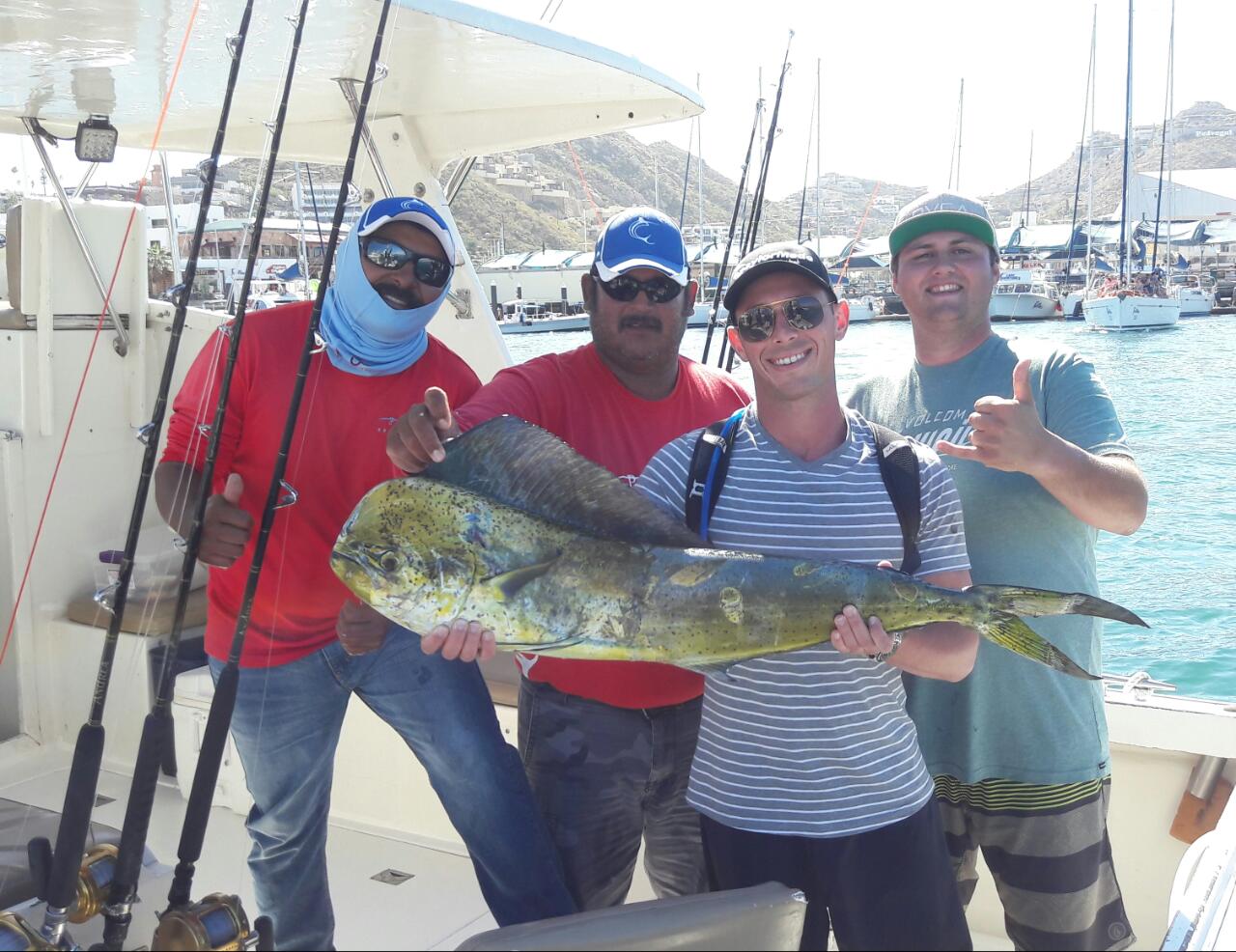 For the most striped marlin caught in one day this week we had the Pisces 42ft Yahoo, with 5 striped marlin caught on March 7th by anglers from Dallas, Texas. The marlin weighed between 100 and 130 lbs each and were caught on mackerel bait outside of Punta Gorda, towards the East Cape. Four of the five marlin  were released. A few days later, on March 10th, Yahoo found luck again on the East Cape, out at Destiladeras, where they caught 3 striped marlin and 2 dorado. The marlin were aprox. 130 lbs and all released. The dorado weighed between 10 and 15 lbs and hit on mackerel bait. Anglers were Carrie and Craig Giddens from Frisco, Texas. 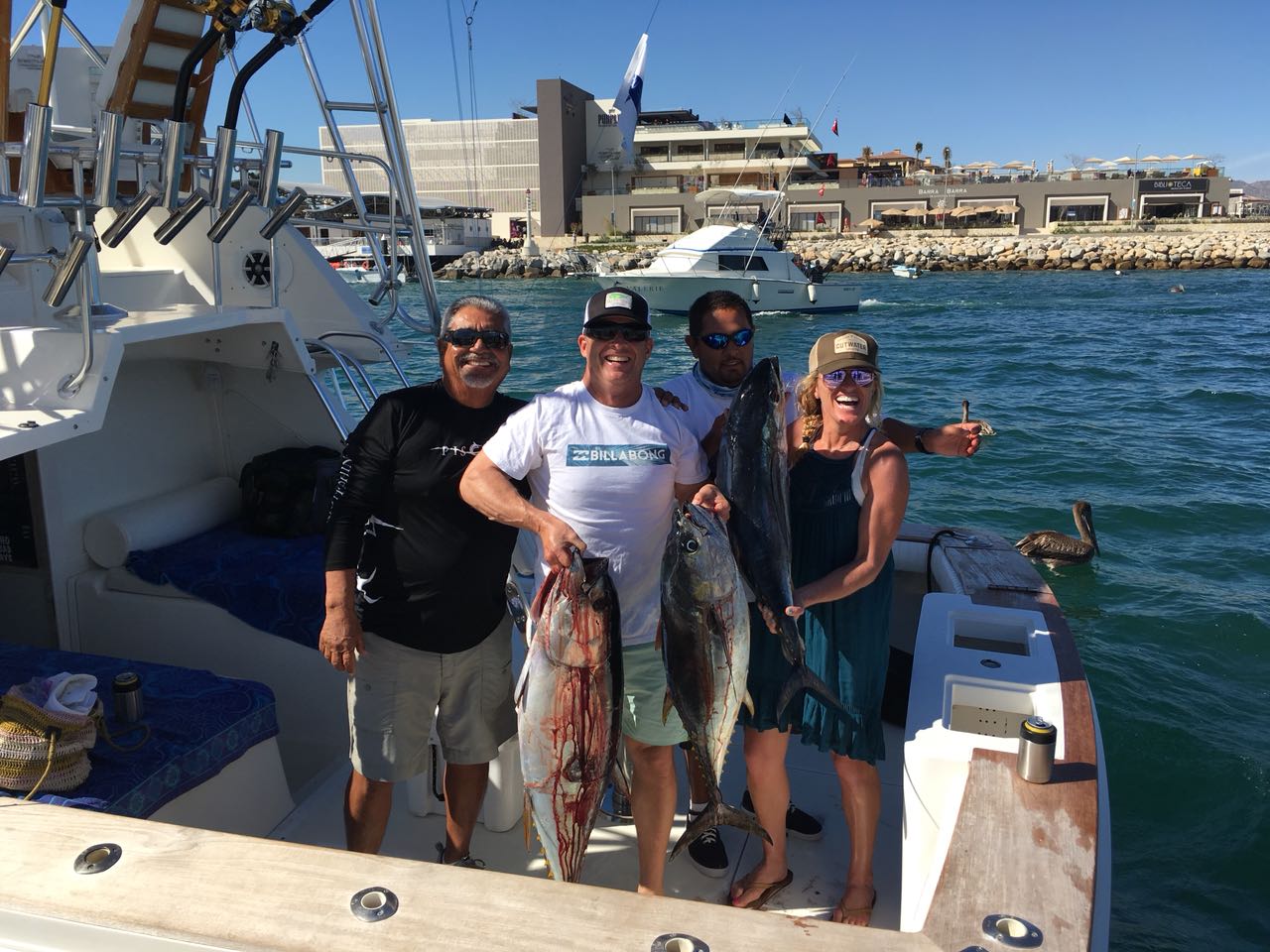 And for the most billfish caught in the week, we had the 31ft Pisces Rebecca catch and release 16 marlin this week, as well as 1 sailfish. The sailfish was caught on March 7th, along with another 3 striped marlin which were all released, and weighed about 130 lbs each. The billfish all hit on mackerel bait close to the 11:50 Spot; the sailfish weighed approximately 80 lbs. The next day Pisces 31ft Ruthless also caught one sailfish, again at the 11:50 Spot on mackerel bait.This time the sail was a bit larger, weighing approximately 110 lbs and was released. Anglers the Imlay’s and Jacob Fortner also caught 2 striped marlin of about 100 lbs each, which they released at the 11:50 Spot.

Pisces 35ft Valerie also had a great week, with the standout day for her this week being on March 9th, when anglers Glenn Pinnel and Irene O Rourke from Closter, New Jersey caught and released 4 striped marlin as well as 3 red snapper, 1 grouper and 1 triggerfish. The striped marlin ranged in size, with the smallest of about 120 lbs and the largest of about 160 lbs, which were caught on the East Cape at Destiladeras on mackerel bait. The smaller fish were caught at Cerro Colorado by chumming. 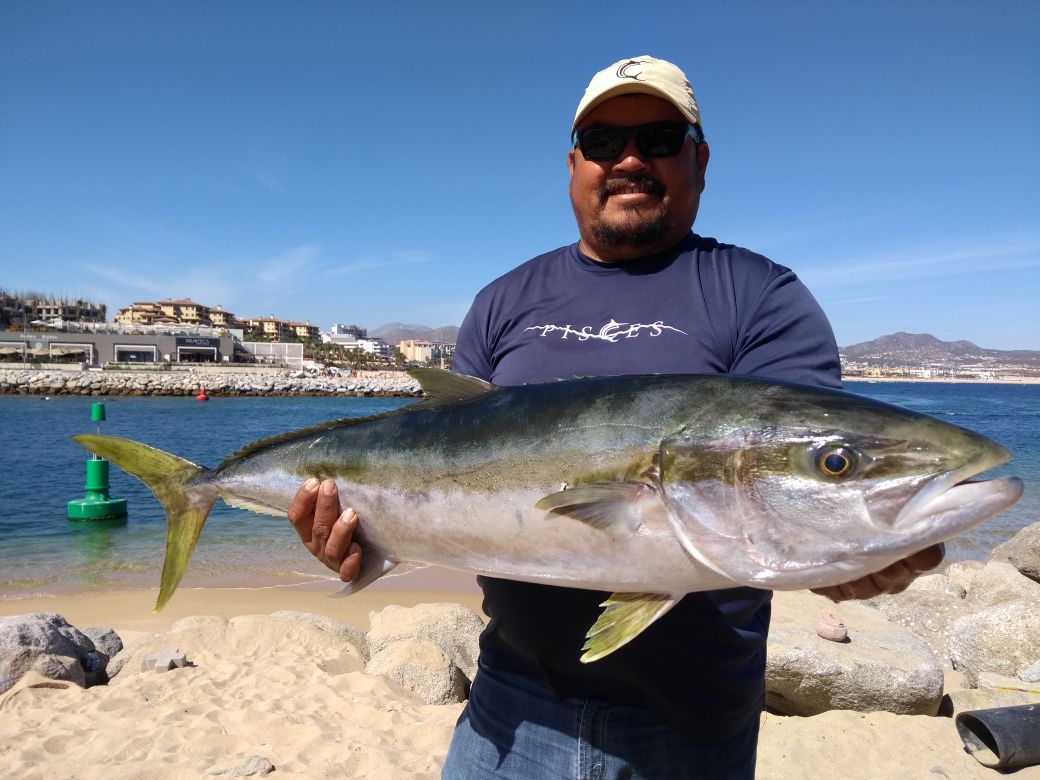 As for tuna, one of the few lucky boats to find them this week was Pisces 33ft Thresher, with anglers Beth Archer and John Templer catching 3 very nice sized yellowfin that ranged in size from 30 to 50 lbs each. These were caught with sardines at the Iman Spot.

As for smaller game, we’ve seen many more roosterfish being caught this week, as well as some nice yellowtail. For example, Pisces 32ft Billcollector caught 2 yellowtail of 10 and 25 lbs each on mackerel bait at Pozo Cota, as well as 2 grouper and 4 triggerfish. Anglers were David Bergert and Gene Spence from Alabama. Pangas were those to catch the most rooster fish this week, with Panga Pichurro catching 2 rooster fish of about 15 lbs and 1 Jack Crevalle of about 12 lbs out at Los Arcos on mackerel bait. Anglers were David Tweats and Sebastian Amyes all the way from Worcestershire, England.