Marlin numbers have spiked this week, with 6 striped marlin caught by 35ft Valerie and 31ft Ruthless on their luckiest day. The weekend brought with it various stripers per boat, found far up the East Cape, past Punta Gorda. Jack crevelle and a nice wahoo were some of the smaller game catches, with yellowfin tuna still found about 30 miles out. 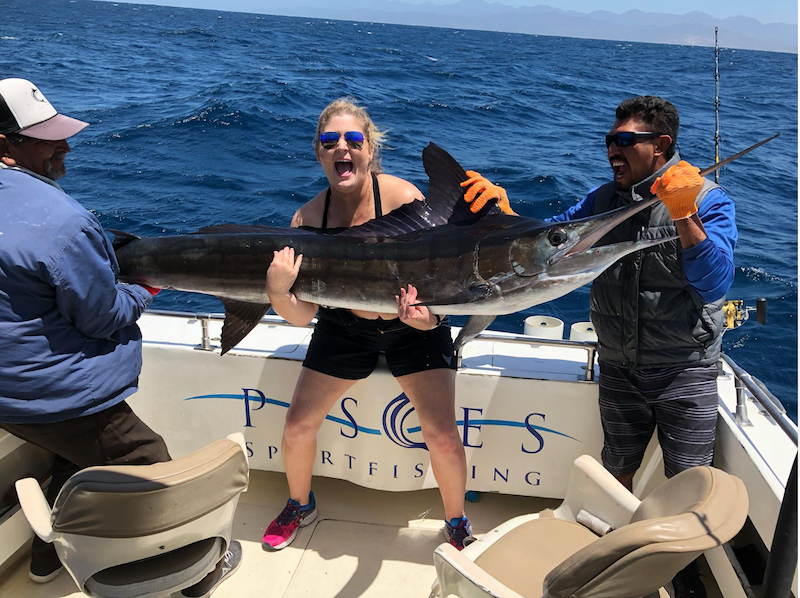 The Valerie was our top boat for marlin this week, with 16 marlin caught and all but one of them released! On May 17th, The 35ft Valerie, Captained by Roberto Sandez landed 6 striped marlin, which ranged from 90 to 150 lbs each. The fish hit on caballito bait out from Destiladeras, and were all successfully released. Anglers were David Krunic, Greg Romano and David Rubick from Houston Texas.

The previous day, the Valerie found luck with the marlin as well, as they caught and successfully released 4 striped marlin of about 100 and 120 lbs outside of Santa Maria beach.The marlin hit on caballito bait and were released by Bill Johnsen, and Gary and Susan Hall from Snohomish, Washington. And just yesterday, anglers from Chile, caught 4 striped marlin, again at Destialderas. The largest of the fish was about 140 lbs, and all but one was released. The marlin hit on caballito and mackerel bait. 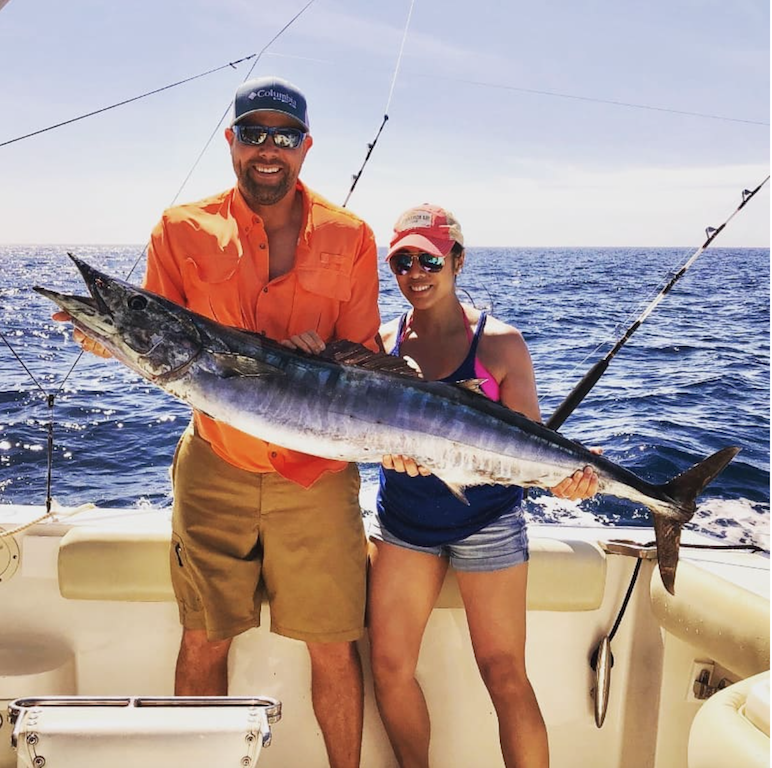 The 31ft Ruthless’s luckiest day was yesterday, with 6 striped marlin caught at Destiladeras as well, with the fish hitting on mackerel and caballito bait. The largest fish was about 150 lbs, and all were released by anglers from Texas.

For more marlin and a little variety, the Pisces 60ft Shambala caught 1 small striper, released, on caballito bait out at Punta Gorda. Owner and angler, Victor Johansen also caught 5 jack crevelles of about 10 pounds, which he also released. And how about Scott and Katrina King, who fished on two days with us, first on the 38ft Speedwell, on which they landed a nice 30 lbs wahoo on a black/red lure out at Punta Gorda. Then, on the 31ft Rebecca they caught the only dorado of the week, out at the 11:50 Spot. Weighing only about 4 lbs, the little dorado hit on a green/yellow lure and was released. They landed a marlin at the 11:50 as well, a decent 150 pounder which hit on caballito and was released. They also caught 1 skipjack on a feather lure which they released. 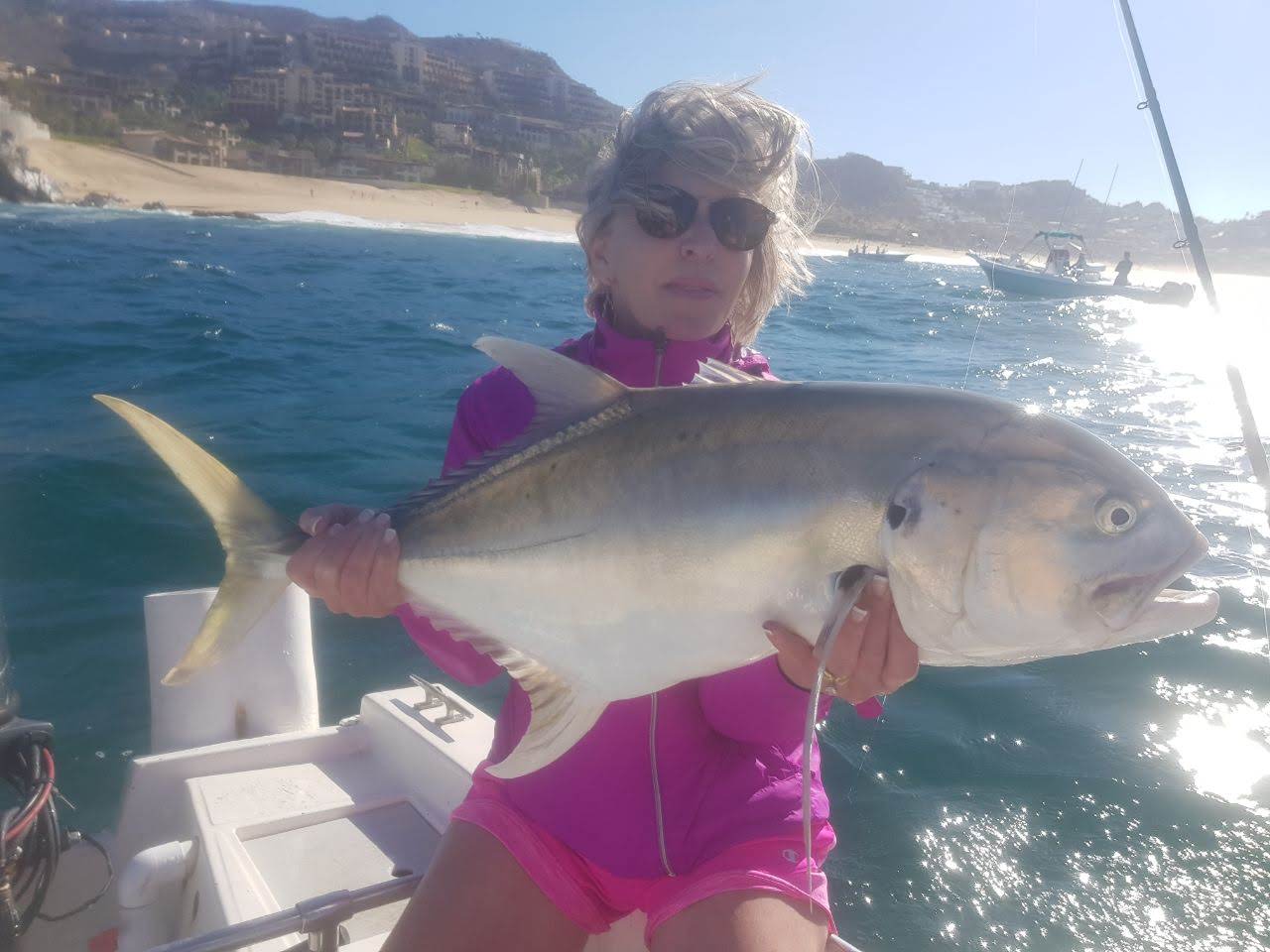 One of four Jack Crevelle caught aboard Pisces Panga

Captain Julio Castro on the Tracy Ann delivered on the tunas his anglers were seeking, by going 34 miles out to the 120 Spot and finding there 12 football sized yellowfin. The fish hit on cedar plug lures, as did 7 skipjacks of about 5 or 6 lbs each.

Pisces boats caught 140 fish total this week, with 60 being marlin, 55 being tuna, 1 dorado and 24 being smaller game fish. All marlin, except for one were released, and catch limites well respected.

AVERAGE WATER TEMP: Water temp varied from an average of 72F to 84 F from East Cape to areas further South.