Another great week of fishing here in Cabo, with the marlin numbers still strong and still more tuna. The dorado has finally shown up, with 17 of them caught by Pisces boats this week. The water and weather is definitely warming up here, giving us a strong start to our June season, and looking forward to the Tournaments beginning this week.

Top billfish boat this week was once again, our 31ft Pisces Rebecca, with 21 billfish, caught and released. This included one sailfish and an astonishing 9 striped marlin caught and released in one day, by solo angler Jon Svendsen, from Scottsdale, AZ on May 31st.  His marlin ranged in size from about 100 to 120 lbs each and hit on caballito bait out at Destialderas on the East Cape.

The sailfish caught aboard the Rebecca was about 150 lbs, which is a BIG Sailfish for us to see here! It hit on caballito bait out at Punta Gorda.  Anglers Jordyn and Maurice Sessel released the fish along with 1 striped marlin of about 120 lbs caught there as well. 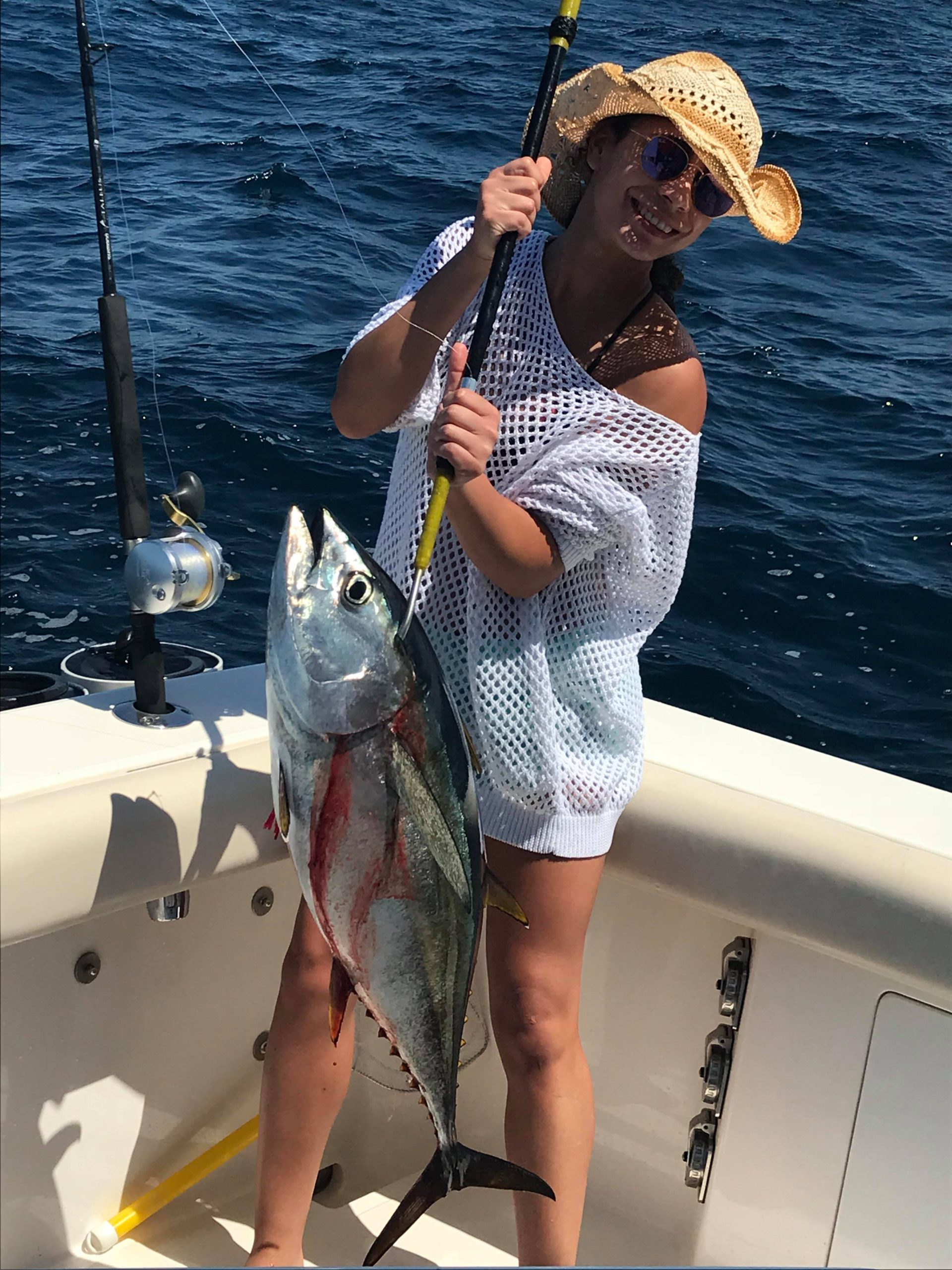 Samantha Hussain with her tuna caught aboard the Knot Workin

For tuna, The Pisces Knot Workin caught 16 yellowfin, all between 15 and 30 lbs, on cedar plugs and feathers, out of the Old Lighthouse as well as 1 striped marlin, which hit on caballito bait and they released. Anglers were Geoff Johns, Jeffrey Garawacki, Kevin Keisler, Samantha Hussain and Steve Tiberg from Texas.

Our 31ft Pisces La Brisa also did very well this week, with 7 striped marlin caught and released in one day by anglers from California. The marlin, all about 120 to 140 lbs were caught on ballyhoo bait out at Destiladeras. And not only did La Brisa do well with marlin, but they were our top dorado boat this week, with 5 dorado caught on May 29th, the most any boat caught in one day. The dorado were small however, ranging between 5 – 10 lbs, and they did release a few. The dorado hit on feather and cedar plug lures as well as caballito bait, hitting just off of the Old Lighthouse, about 4 miles out. They also found 3 yellowfin there, which hit on the same lures, and weighed about 15 to 20 lbs each. Anglers were Julia Richardson and William Wiering from Colorado. 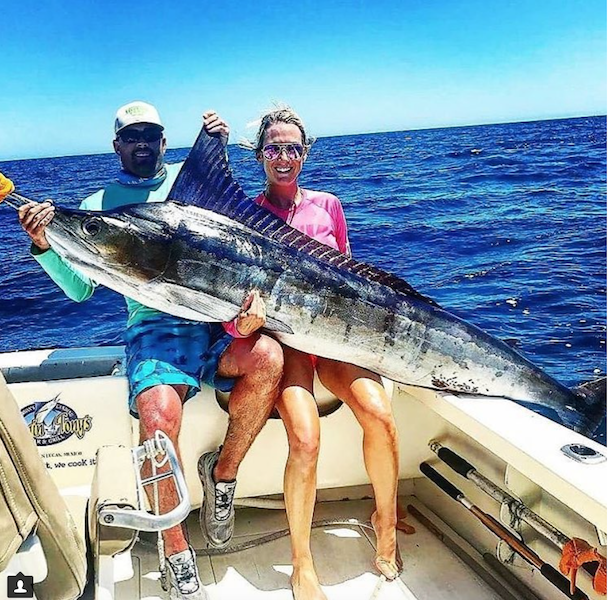 As if these catches weren’t enough for the week, the crew of the La Brisa and women anglers, Debby Rich, Connie Foreman, Cindy Nicks and Deborah Vossler from the Northwest Girls Gone Fishing (NWGGF) group who were here in a self-organized tournament  found themselves ticking every box of our most sought after species list this week. On May 28th, they caught 1 striped marlin of about 130 lbs, which they released, out from Santa Maria, 1 dorado, of about 8 lbs, on caballito there as well and 4 yellowfin tuna of about 8 to 10 lbs, close to Chileno. They also caught a nice roosterfish of about 30 lbs, which hit on caballito bait, out in front of Chileno. 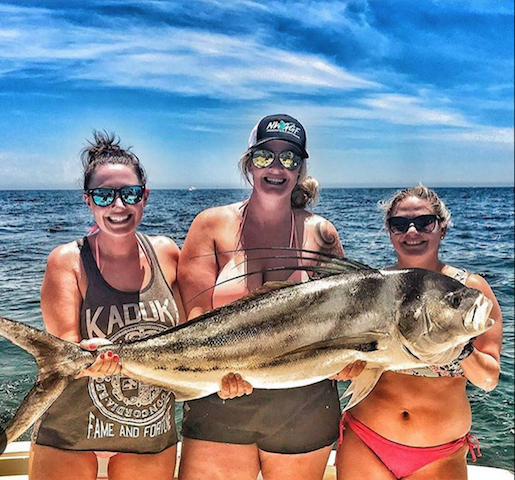 Women f the NWGGF Group which had a fantastic few days of fishing, showing off one of many beautiful roosterfish caught

And the La Brisa also landed the largest roosterfish seen in the week, with 3 roosters caught of 10, 20 and 38 lbs by some of the women of the NWGGF group. Unfortunately, these anglers decided to keep them, instead of releasing, which we strongly encourage. They also caught 1 red snapper of 15 lbs, outside of Chileno on caballito and 13 triggerfish, by chumming.

Pisces boats caught 288 fish total this week, with 67 being marlin, 119 being tuna, 17 dorado and 85 being smaller game fish. with catch limits respected and almost all marlin released.

WEATHER CONDITIONS: Some wind, but only on the Pacific, and a day or tw of chop. Mostly clear and calm conditions though.

AVERAGE WATER TEMP: Water temp varied from an average of 74F to 86 F from East Cape to Pacific.