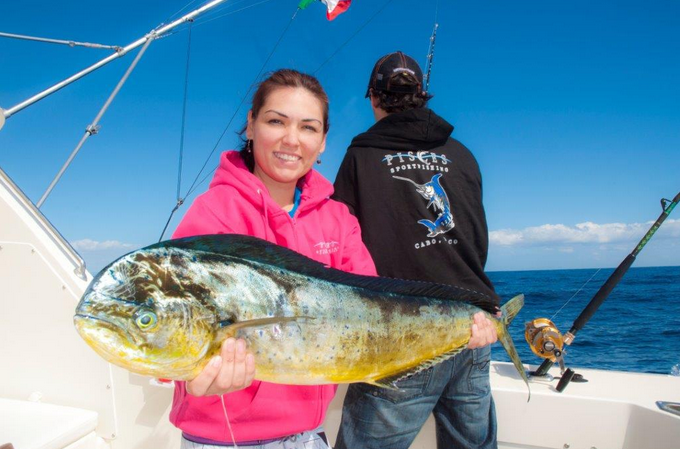 Fishing was nearly perfect this week, with only four boats skunked and a catch success rate of 95 percent. Our main catch this week was dorado, their sizes increasing to the 20-30lbs range in some cases. Yellowfin tuna catches remained consistent albeit we didn’t see as many 100lbs plus fish as we’ve become accustomed to the last couple of months. As far as billfish go it was mostly striped marlin, with the odd blue landed. Other species caught were wahoo, roosterfish, sierra mackerel and grouper as well as a hammerhead shark that was caught and released.

The Pisces Bill Collector started out our week strong with seven yellowfin tuna ranging from 30-40lbs, caught on red-black lures about 30 miles out from the Old Lighthouse, as well as catching and releasing a blue marlin in the same location for a group of anglers from Alberta, Canada. While the Pisces C-Rod caught four yellowfin tunas, with one being the largest of any boat for the week, coming in at 100 pounds. All the fish were landed with kite lures for some clients from California. The Pisces Andrea had a great tuna day on the 14th, landing 16 yellowfins about 24 miles out at the 210 Spot for a group of anglers from Dorado Hills, California. On the same day, the Pisces Tracy Ann showcased a perfect mixed bag while fishing at La Brecha, for another group of anglers form California. They caught and released a striped marlin of around 150lbs, two dorado of 20lbs and a yellowfin tuna of 18 pounds. 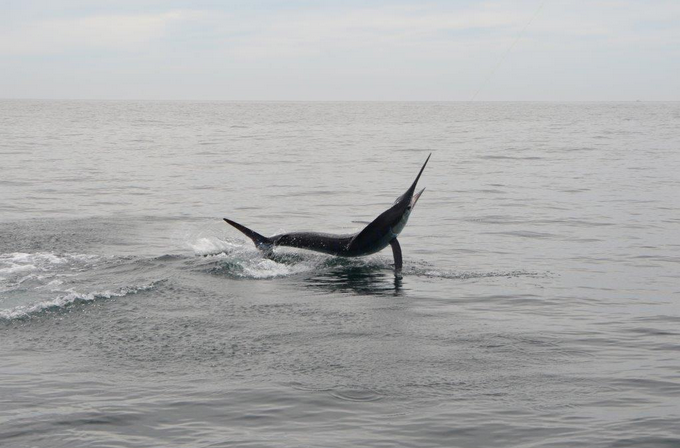 On the 15th the Pisces C Rod landed a nice 40lbs wahoo, the largest of the week as well as catching and releasing a striped marlin for a group of anglers from Helena, Alabama. That same day the Pisces Rebecca, fishing at Gaspare?o landed 12 dorado of around 20 pounds each, as well as a nice 15 pound grouper for some clients from Seattle, Washington. On the 16th we saw the largest number of fish landed per boat in the dorado and striped marlin categories, the Pisces Rebecca landed 14 dorado and the Pisces Ruthless topped that and brought in 20 dorado. Both boats brought in the same size fish ranging from 15-24lbs, caught on caballito live bait and red-black lures at the Golden mount. And to top it all off we saw the Pisces Yahoo top the marlin chart this week, with 10 striped marlin caught and released out at the ever productive Finger Bank for a group of anglers from Santa Rosa, California.

Based on the catches of Pisces Sportfishing Fleet by Glenn Ehrenberg.