Great fishing again this week, with only a few boats missing out on catches. Marlin like we hadn’t seen in a few years for this season and fun smaller game fish as well, including rooster fish, wahoo, jack crevelle and some sharks.

Anglers Lennart Arrenius and Ulf Christiansson from Europe had a few good days of fishing, with 5 striped marlin and one sailfish caught on the 12th aboard the 31ft Tracy Ann and two striped marlin and three yellowfin tuna caught the next day as well. All the billfish were released and caught out from La Herradura both days, on mackerel bait. The yellowfin were caught about 23 miles out from La Herradura on cedar plug lures and weighed between 15 and 20 lbs.

And again, big tuna showed up this week, as 31ft La Brisa, and anglers Mark and Sherryl Stoltenow from Washington landed a 210 lbs tuna as well as five others weighing between 10 and 20 lbs. The fish were caught outside of the 95 Spot on feather and hoochi lures. 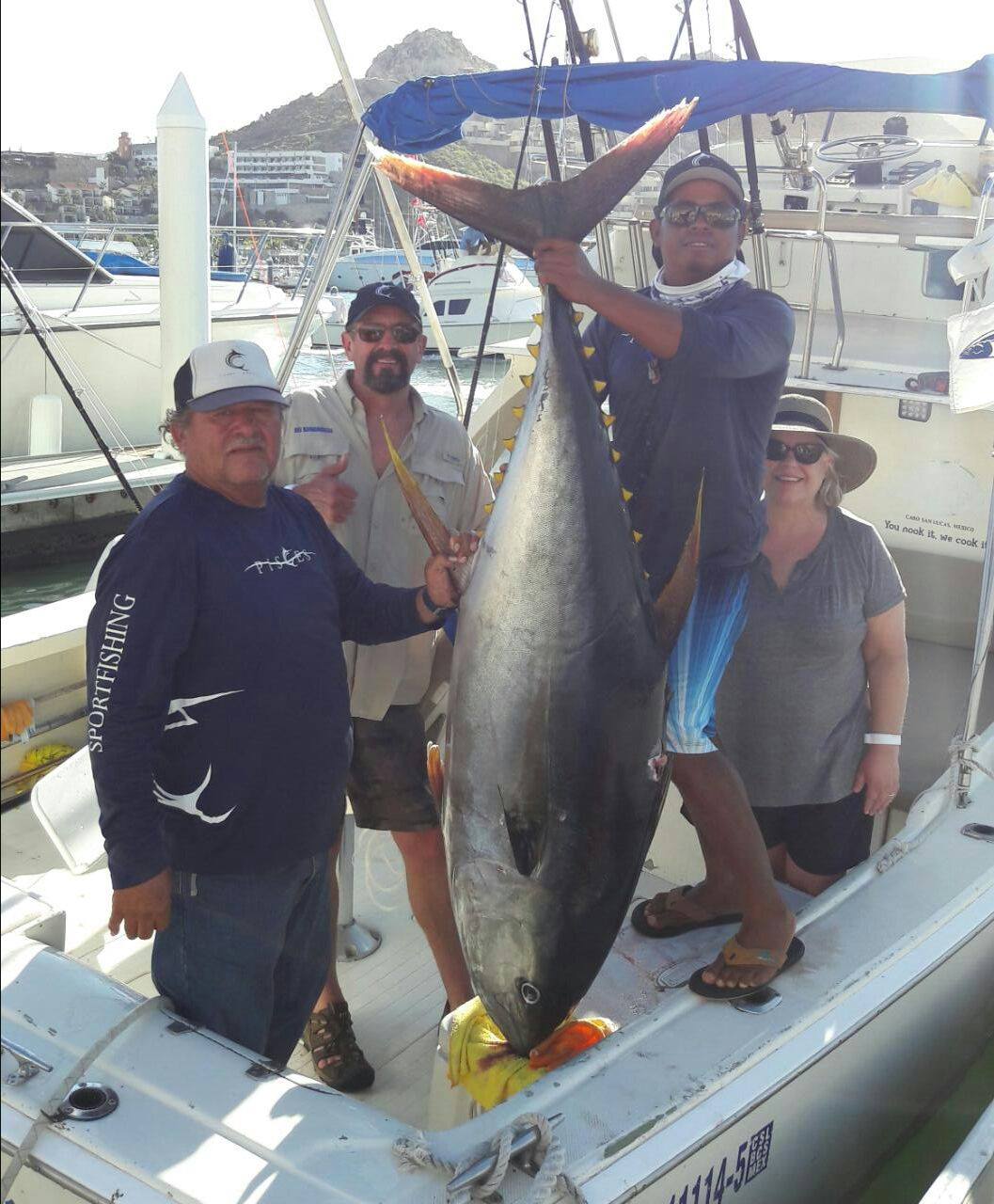 55ft Flora T and anglers from Woodlands, TX,  also caught some tuna the next day, although nowhere near as big; three yellowfin of about 15 lbs each caught out from the Old Lighthouse on feather lures as well as four marlin landed there on mackerel bait. All marlin were released. Also landed, one skipjack on cedar plug, which was released.

Then we saw 42ft Hot Rod and anglers from CA, land 5 striped marlin, 4 of which they released; again out form the Old Lighthouse about 15 miles on mackerel and caballito bait. They also caught and released 2 silky sharks of about 100 lbs each.

Closing out the strong marlin catches this week was the 31ft Rebecca, with anglers David and David C. Kaminski and Mathew Gray from Indiana catching and releasing 12 marlin of about 100 to 120 lbs each out from the 180 Spot about 10 miles on caballito bait. 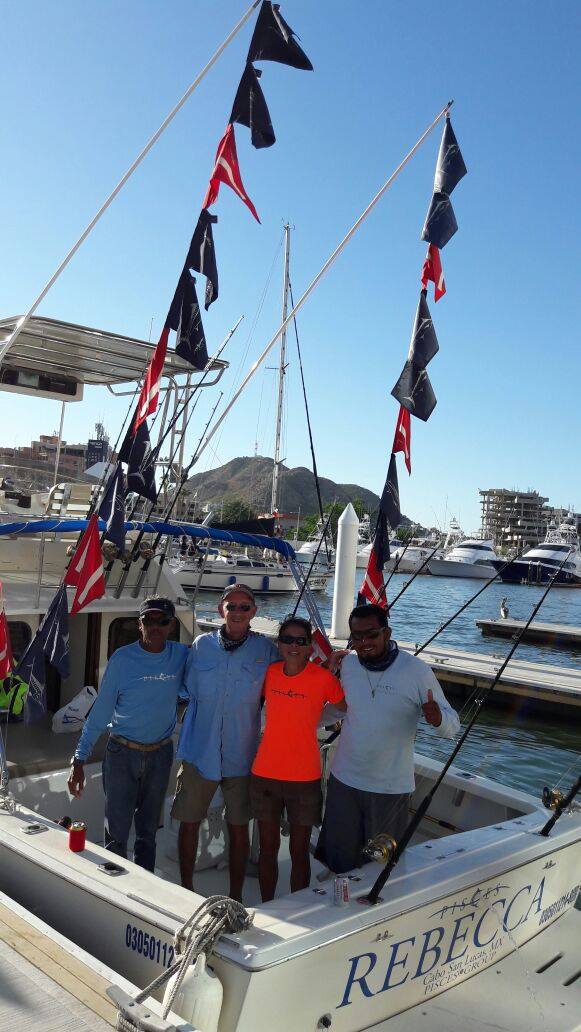 As for other catches besides marlin this week, anglers Andrew and Dylan Tochterman, regulars of ours, caught one dorado of about 20 lbs aboard the La Brisa at about 40 miles out from the 240 Spot. They also found 27 yellowfin tuna there! all around 10 to 20 lbs. The tuna landed on cedar plugs, feathers and hoochi lures. Also landed there was a white skipjack of about 10 lbs.

Pisces boats caught a total of 528 fish this week, with 212 being billfish, 176 being yellowfin tuna and 78 being dorado, with the majority released.