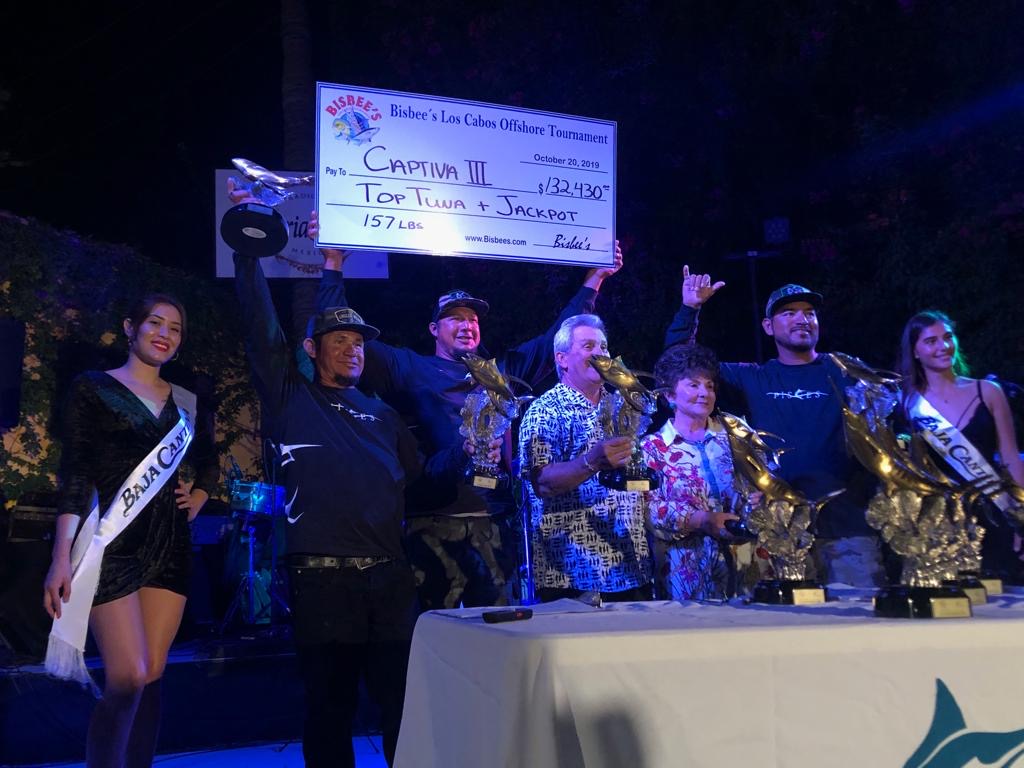 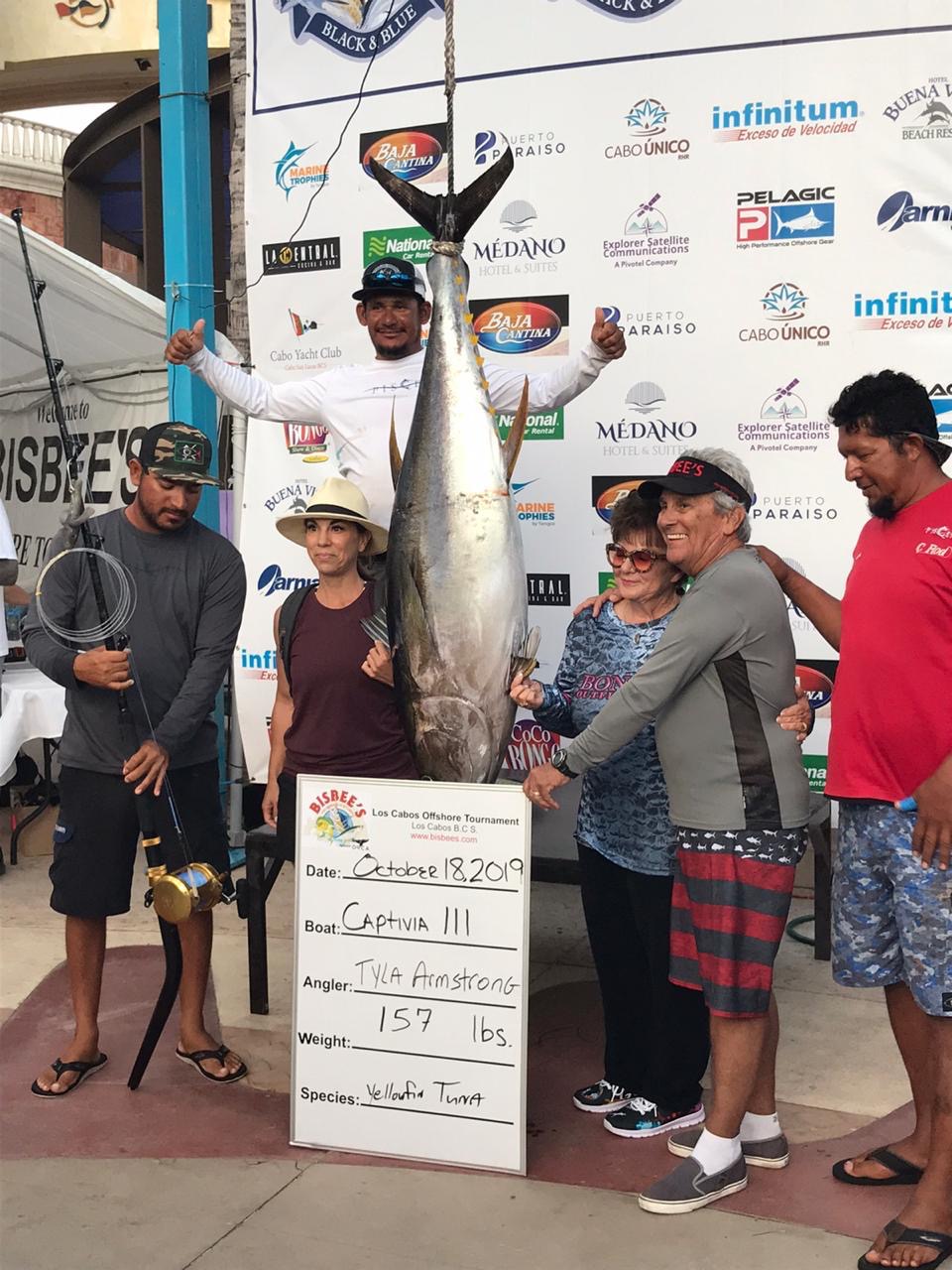 This week got off to a slower start than last, due mostly to a surprising storm that caught everyone off guard. The Storm which came through Saturday to Monday brought a torrential downpour that closed the port and pushed the Los Cabos Billfish Tourney over a day. Two tournaments took place this week, the Los Cabos Billfish and the Bisbees Offshore, the first had 51 boats entered, while the second had 119 boats and a $1.3 Million Dollar Pot. The full run-down of standings and prizes can be found HERE, or under our News Tab. Billfish numbers were still good, 133 fish released total this week, which included nice sized Blue Marlin, averaging about 200 – 250 lbs each. Pisces 72′ Tag Team took the Release Division in the Bisbees with four Blue Marlin and 3 Striped Marlin over the course of two days. There were 176 dorado caught, which were slightly smaller in size compared to last week, averaging between 10 and 20 lbs. Tuna catches totaled 94 fish, which included a nice 157 lbs Yellowfin for Pisces 38′ C Rod during the Bisbees that won them $132,430 USD. Other catches included wahoo mainly, with Pisces 35′ Bill Collector 2 taking 1st place in the Wahoo Division of the Los Cabos Billfish with a 29.2 pounder. 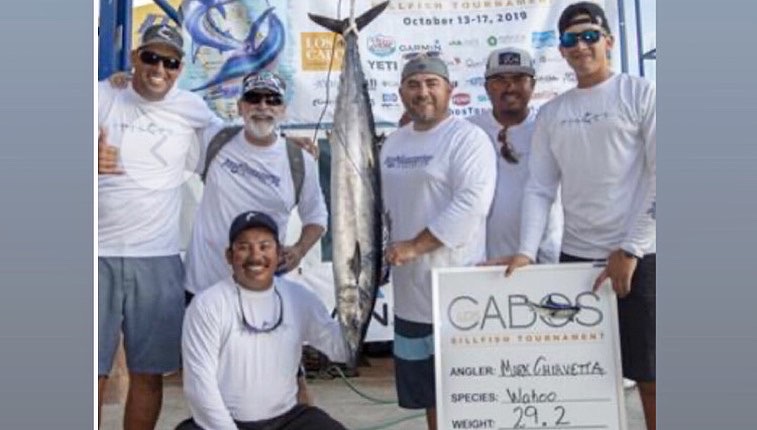 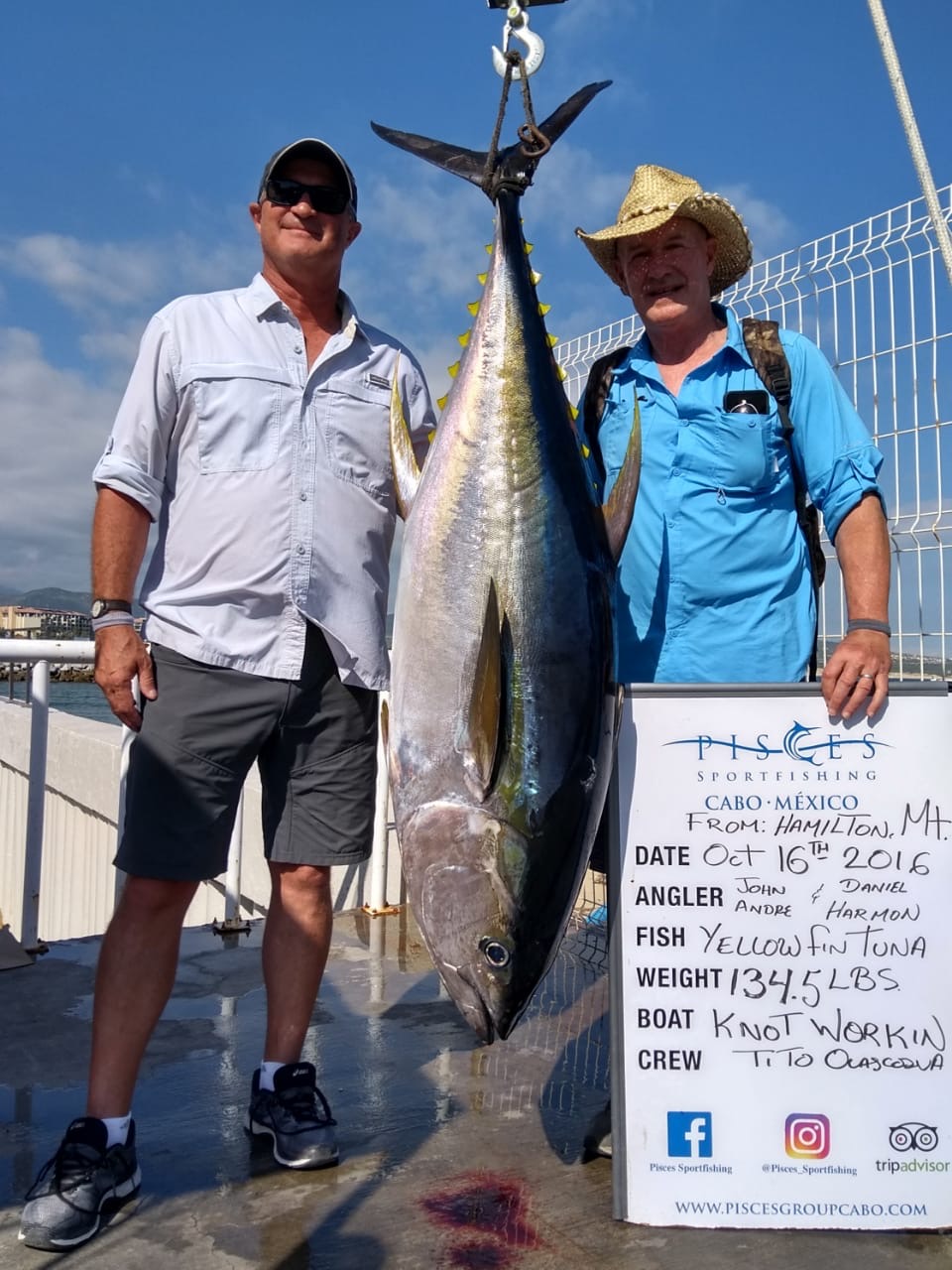 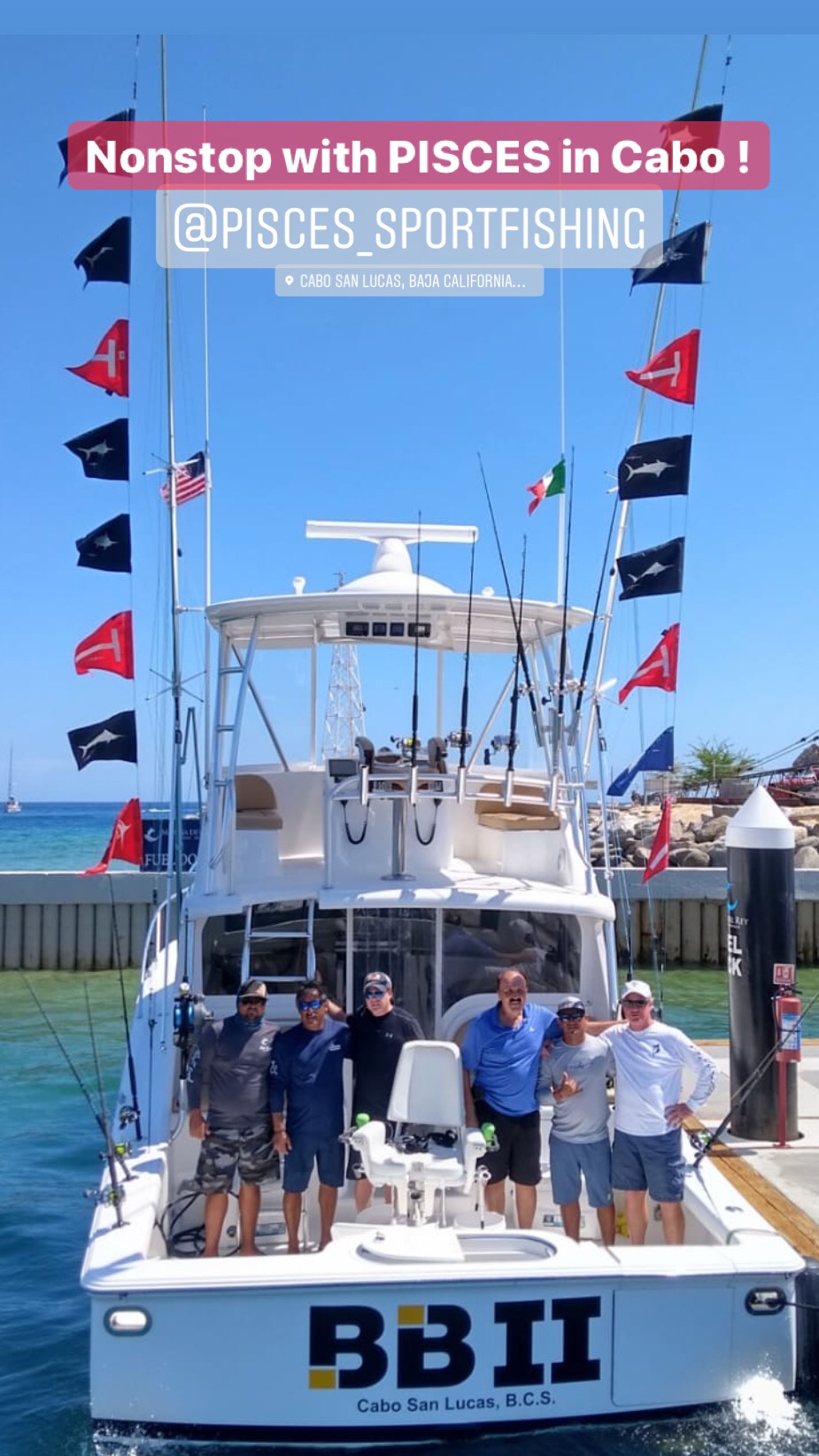 A few of this week’s best catches are highlighted here – Pisces 31′ Rebecca did well with marlin beginning the week the first day port was back open, with 6 striped marlin released by anglers Blaize and Herman Solis and Leslee Barbee. All fish hit on caballito bait close to Cerritos.  Pisces 31′ Ruthless caught and released 6 as well, but on live bait, in the same area. The next day with Ruthless, the Sullivans released 5 Striped Marlin and kept 7 dorado weighing between 10 and 20 lbs. Top marlin release boat was Pisces 37′ BBII, which went 8 for 13 on Striped Marlin. Anglers the Reynolds and Faulkners did a great job at fighting the fish, which hit on ballyhoo, and dead caballito mostly. Marlin averaged between 100 and 140 lbs each, hitting close to Punta Lobos area. 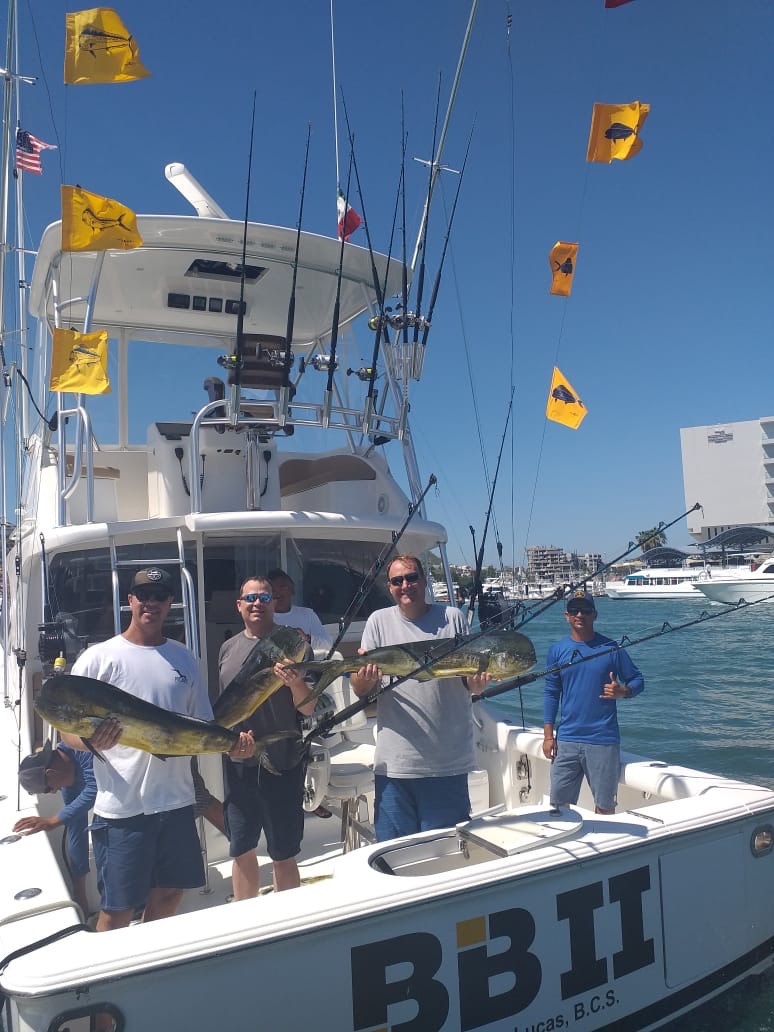 Pisces 42′ Caliente released 8 Striped Marlin, using ballyhoo instead, close to Todos Santos. Our other 42 footer, Pisces Yahoo did very well with marlin as well; 6 Striped Marlin released, caught on ballyhoo and dead mackerel at Punta Lobos. The next day brought them 3 Striped Marlin released, weighing between 90 and 120 lbs each, 1 Sailfish of about 110 lbs which hit live bait, and 4 Dorado of about 10 and 18 lbs each. All fish hit at Pozo Cota on live and Dead bait. 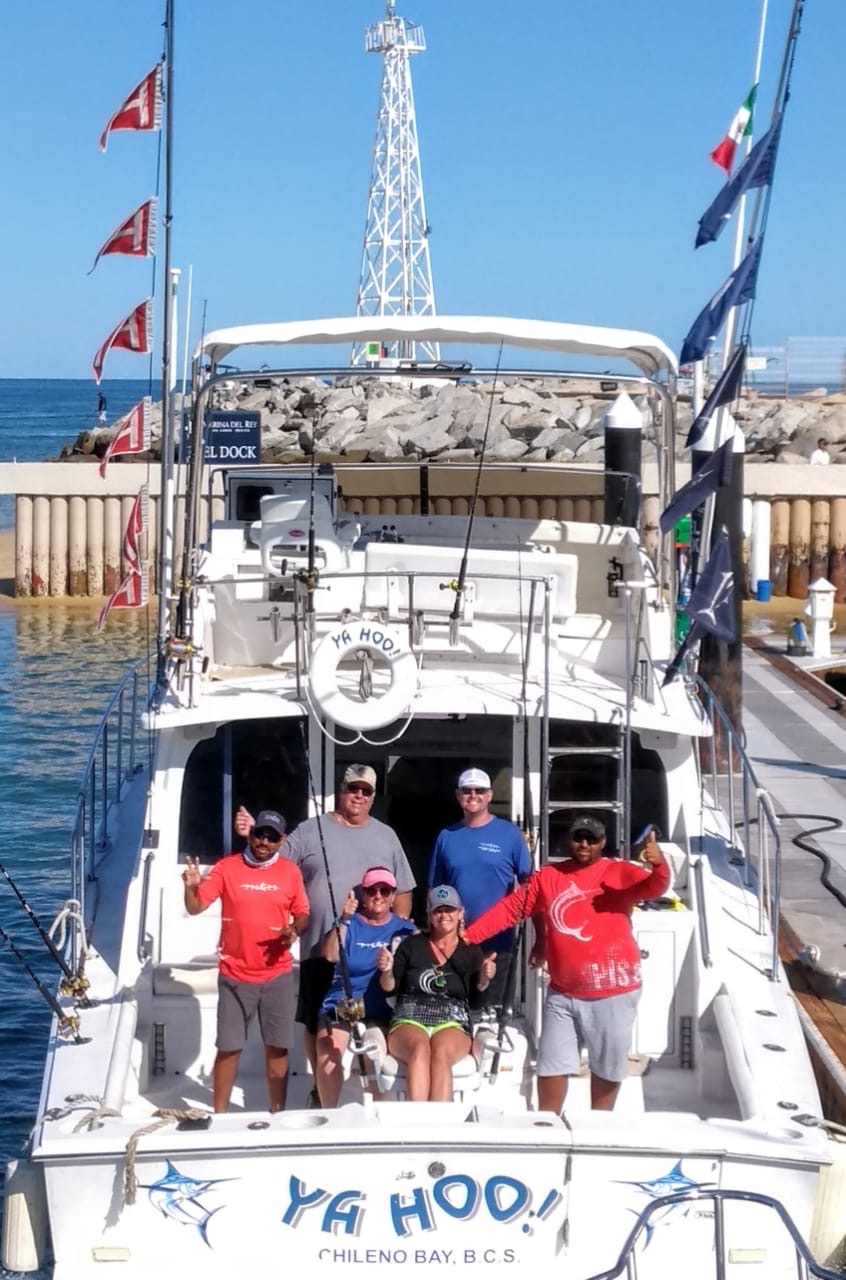 And still, the next day, Yahoo brought back 8 Dorado, weighing about 20 and 22 lbs; these hit on dead bait and green and blue/white lures for anglers from Georgia.

Pisces 32′ Bill Collector did well with marlin and dorado too – but an especially nice day brought 17 yellowfin tuna between 10 and 20 lbs each, hitting on cedar plugs and feathers about 24 miles out from La Ballena. They also released a nice Blue Marlin of about 250 lbs on live mackerel, by the Woods family of Clovis, CA. 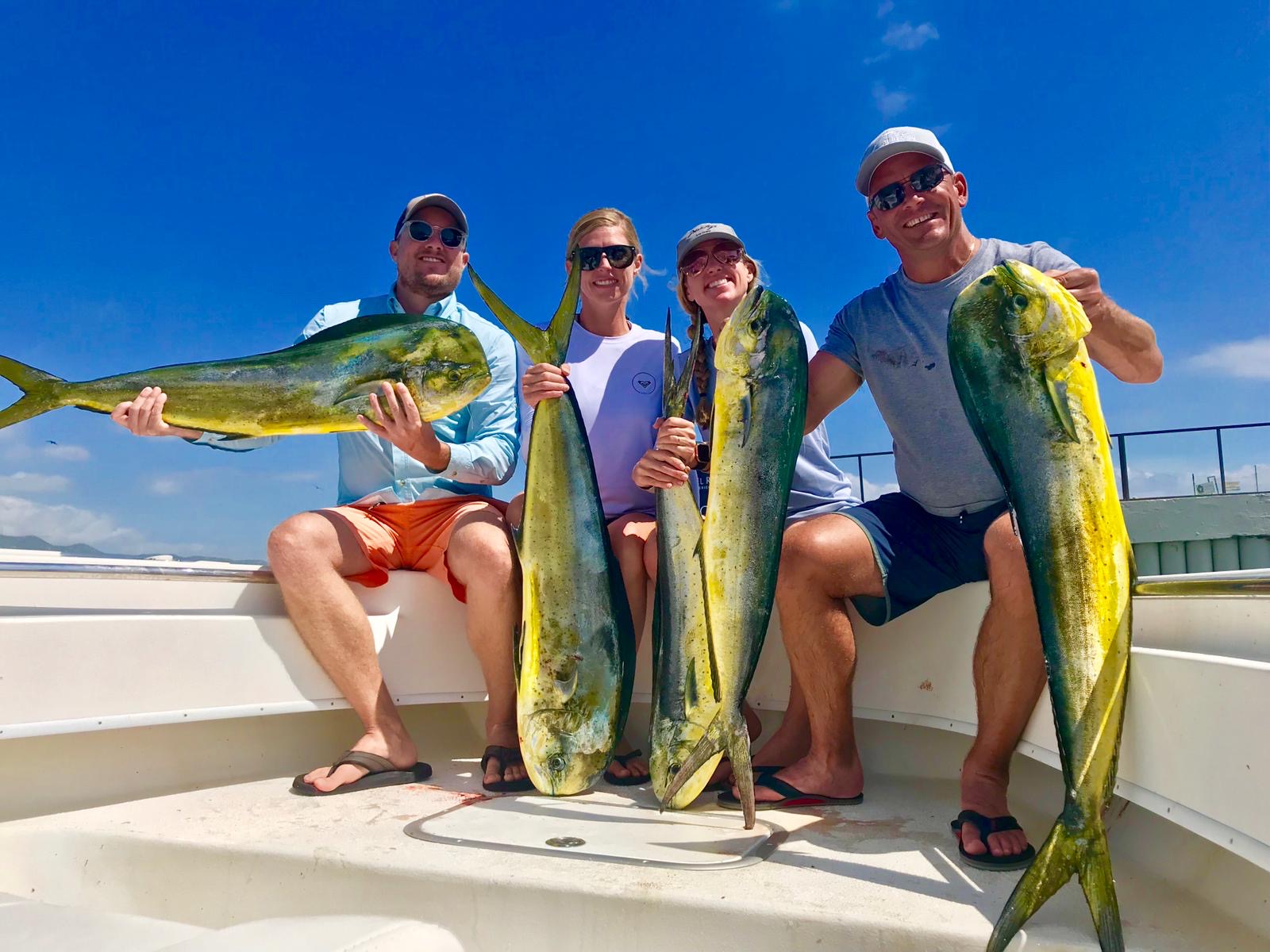 Dorado limits on Pisces 25′ No Borders

Pisces 38′ C Rod, apart from their Tourney win, had great fishing the rest of the week, releasing 1 Blue Marlin of about 180 lbs on a guacamayo lure out of Morros Prietos. Add to that 5 dorado between 10 and 25 lbs each on green lures and caballito bait out of Migrino for anglers from Alberta, Canada.

Pisces 30′ Karina caught and released 3 striped marlin between 100 and 130 lbs and kept 3 dorado of about 15 lbs at Migrino for Harrison and Robert Silvers from North Carolina. Next day they went for tuna and kept 11 about 20 – 25 lbs each.

Pisces 35′ Bill Collector 2 kept on the Wahoo streak after landing their winning 29 pounder in the Los Cabos Billfish. They caught 4 wahoo between 30 and 40 lbs each on chiwiles at Punta Gorda and released 2 Striped Marlin. Anglers were Jim, James Clove and Robert Bartnett from Idaho.

Pisces 35′ Bill Collector 2 with their wahoos

LOCATION: Pacific Side mostly from Los Arcos to Gaspareno for Dorado, plus Golden Gate, San Jaime and Cerritos for Marlin and Tuna.

WEATHER CONDITIONS: Good weather conditions with minimum swell. Only one day with wind.