This week we saw the end of the Bisbees Offshore and the start of the Bisbees Black and Blue. With a pot of around 3 million, the stakes were very high to find a fish over 300lbs. Many of our boats entered in both these tournaments, so we must note that although the numbers would seem to reflect that fishing was not that good, it is moreso that many boats were specifically targeting large black or blue marlin only and did not find them. Other boats that were not in the tournament fared quite well at catching smaller striped marlin and blues as well as dorado and tuna, with the scattered wahoo or roosterfish.

The big tuna this week was caught by anglers aboard the 31ft Rebecca, captained by Jose Ramon Alucano. With the WON Tuna Tournament just around the corner, from November 1st to 4th, these are some nice indications that the big fish are out there, and the tournament should be a good one! Anglers from California caught the 229.5 lbs yellowfin tuna on a purple lure 30 miles to the 140 Spot. This wasn’t the only fish they caught though, they also landed 16 other tuna that ranged in size from 10 to 40 pounds. These also hit on purple lures, feathers and cedar plugs. 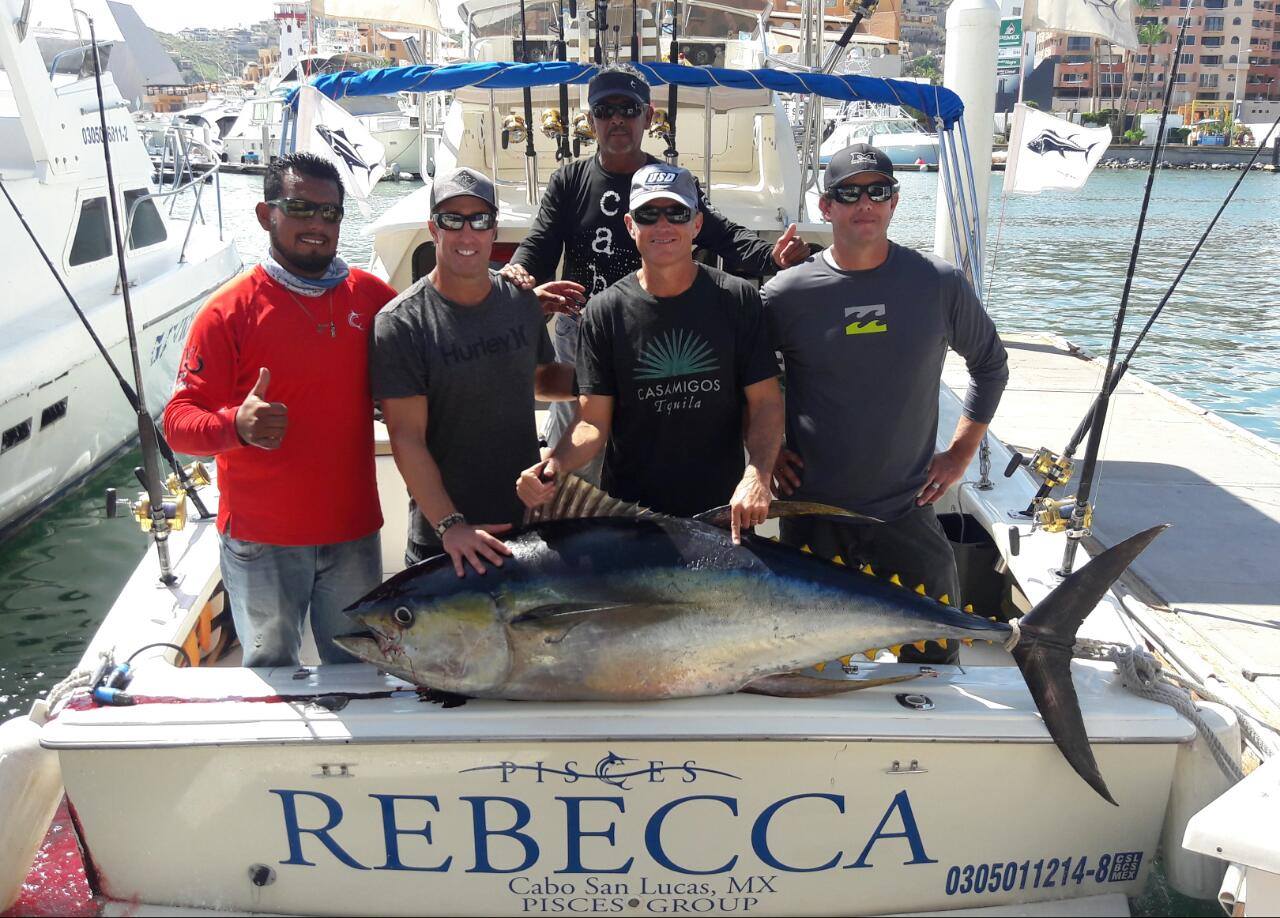 The Rebecca also had another nice day out at Golden Gate area, with anglers Chad and Erin Stachowicz from San Francisco catching and releasing two striped marlin around 100 lbs on caballito bait. They also caught 3 dorado in the La Antena area and Gaspare?o. The dorado took caballito bait and weighed around 10 to 12 pounds.

The 32 ft Bill Collector had a good marlin day midweek out at La Herradura, with three marlin caught and released by anglers Ann Hoffman and Andria Ross. One striped marlin of about 100 lbs was caught on a guacamayo lure, while two blue marlin of about 160 and 190 lbs respectively were caught on purple lures.

And the only sailfish of the week was caught by 31ft Tiburon, captained by Rosendo Gomez and caught by anglers Gary Lorenz and Sonia de Souza from Michingan. The sailfish was about 90 lbs, caught on caballito bait and was released 30 miles out from the 200 spot.

Quite a few boats caught many dorado and tuna, with the 35 ft Valerie being a good example, as anglers from Tennessee landed 8 dorado all of about 10 to 12 lbs. These hit on feather lures out at Migri?o. They then landed seven football sized yellowfin out at Las Margaritas on cedar plugs. 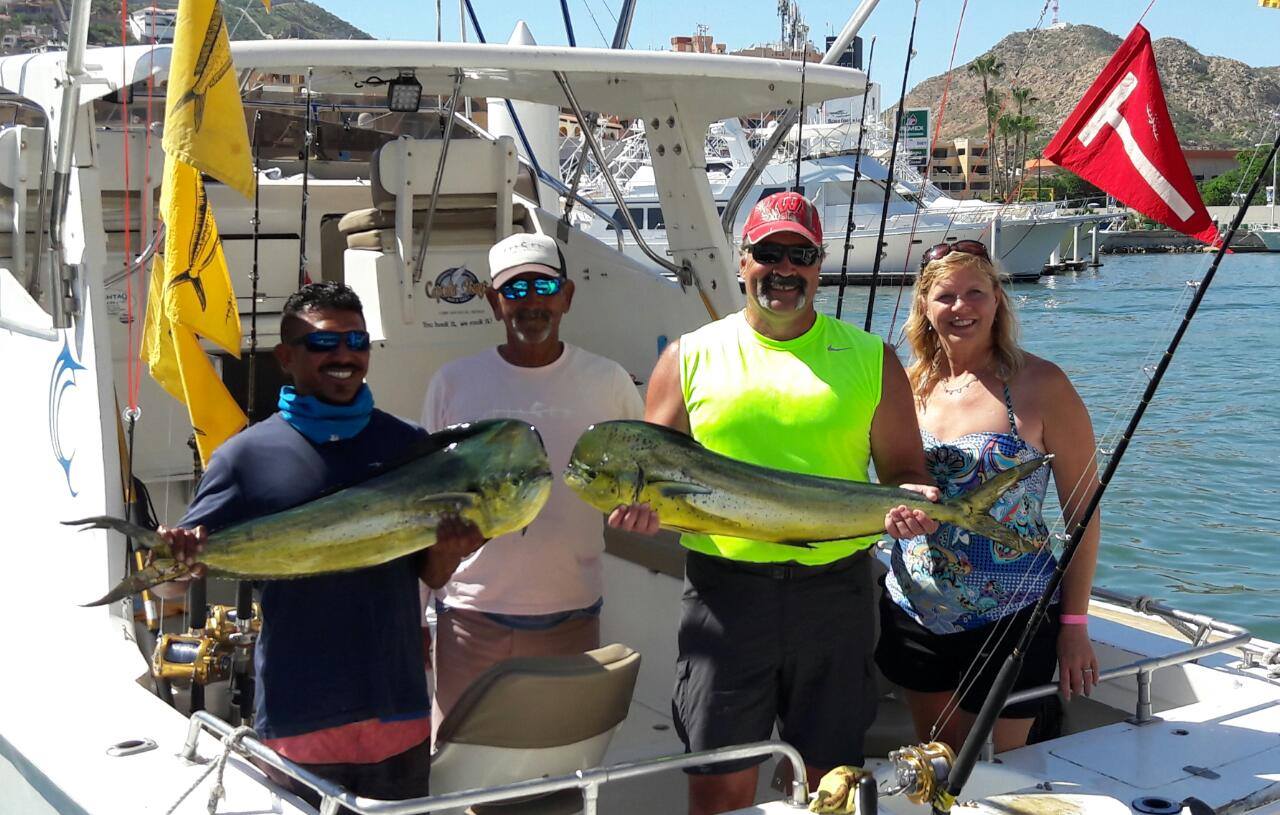 31ft Cabolero also had a nice day out with anglers from Monterrey, Mexico, catching 2 dorado, 2 yellowfin and 1 nice 45 pound wahoo. The dorado were good size, 15 lbs and 25 lbs, which landed on caballito bait and a tiger striped lure our at Pozo Cota. The wahoo was also caught at Pozo Cota on caballito bait. The yellowfin were caught on feather lures out from the Old Lighthouse; one was released.

Pisces boat caught a total of 334 fish this week with 18 billfish: 9 being striped marlin, 8 being blue marlin, 1 sailfish (all released). Catches also included 121 tuna and 141 dorado, with many being released.

WEATHER CONDITIONS: Clear and calm, seas of about 3 to 4 ft.