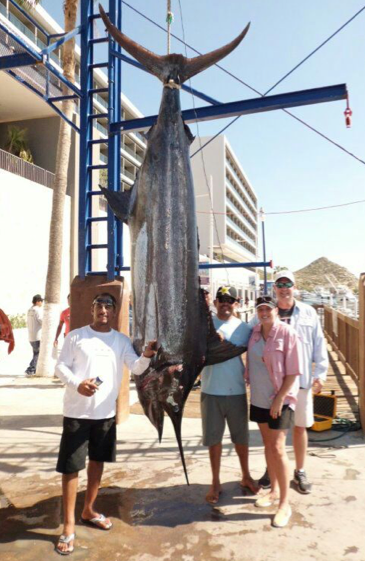 This week we saw an overall decrease in our catch success rate, with 72% of boats catching fish. The beginning and end of the week saw better catches, with about half of boats catching fish during the middle of the week. Despite this, we still saw individual boats get lucky and land some impressive catches. We had a very large 639lbs blue marlin boated on the 23rd by Jamie and Ben from California, as well as a 35lbs dorado. This was her Jamie’s first time catching a marlin, while they were also celebrating their wedding anniversary on this day. This fish was landed with captain Eric Orozco on the Pisces Hot Rod, taking a tigrillo lure about one mile offshore from Rancho Las Margaritas. Had this fish been caught just two days earlier in the Bisbee’s tournament, it would have placed in first and been worth quite a pretty penny. The Pisces Tracy Ann, captained by Julio Castro had a great day on the 24th, they took out a group of anglers from Philadelphia, Pennsylvania; to the Sea Mount spot. They ended up catching and releasing two blue marlin of around 200-220lbs, as well as an 80lbs sailfish and a 15lbs yellowfin. The 28th saw some great multiple marlin numbers landed on Pisces boats, all landed on caballito live bait on the Pacific side. The Pisces Ruthless, caught and released five striped marlin of around120-150lbs, for a group of anglers from New York. While the Pisces Tracy Ann did the same feat, catching and releasing five striped marlin in the same range for a group of anglers form Santa Cruz, California. And last but not least, the Pisces Rebecca, caught and released three striped marlin, just off of Punta Lobos for a group of anglers from North Carolina. 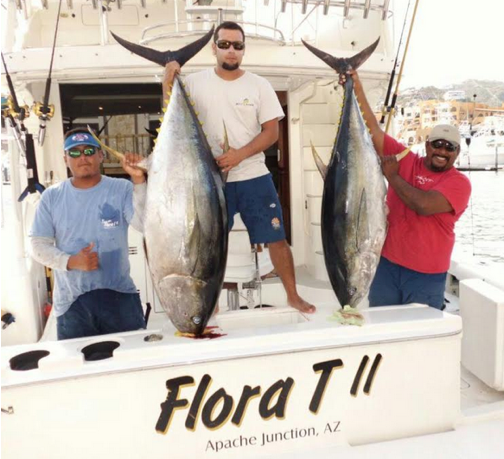 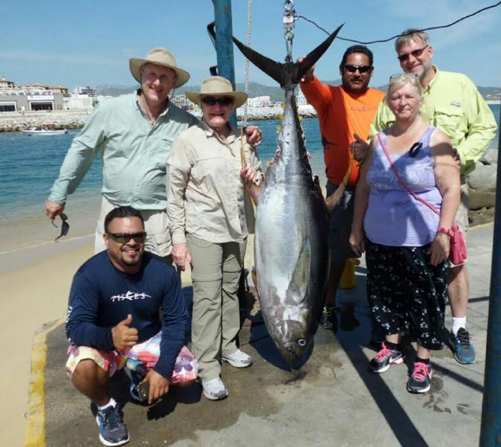 WEATHER CONDITIONS: Mostly sunny with some clouds, high humidity and temperatures in the upper 80’s, with calm seas. 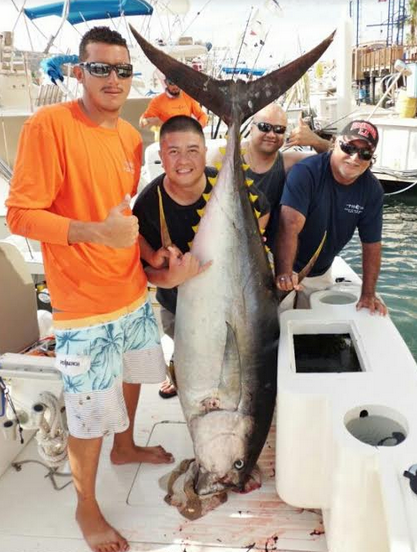