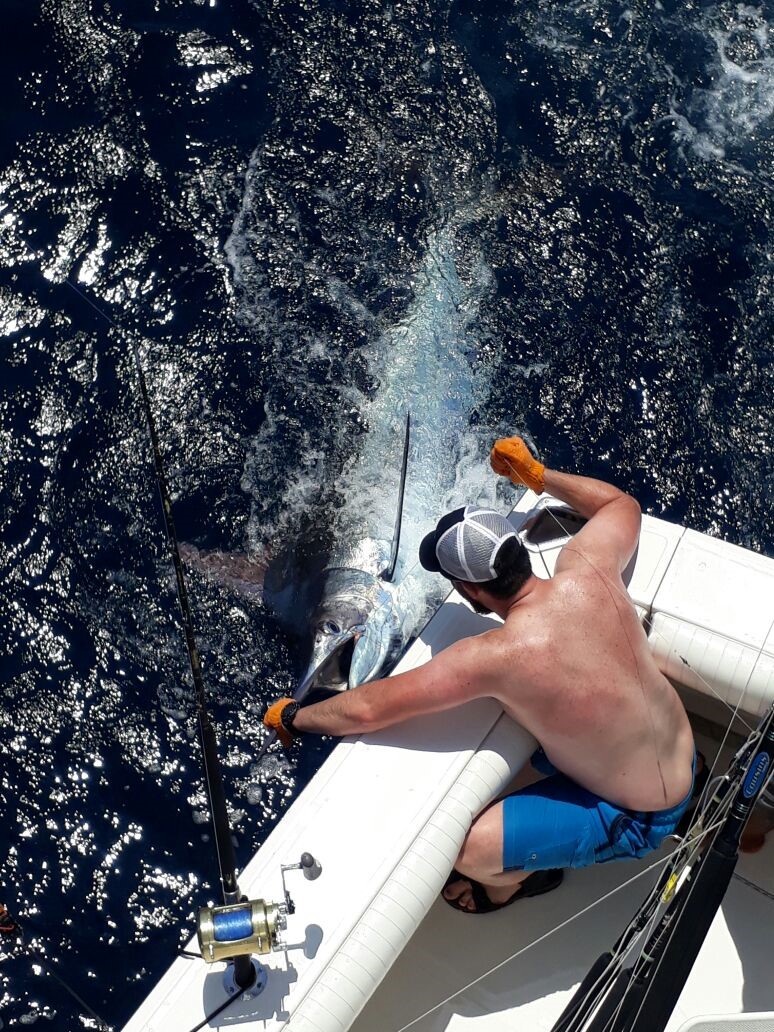 BILLFISH: So far 2017 is shaping up to be a fantastic blue marlin year, with plenty of fish in the 150 to 250 LB class and several landed over the 300 LB mark. After a couple of weeks of tropical storms and port closure that took nine days out of the month, weather has changed with a distinctive cooling in the air and time is ripe for a variety of fish. Pisces La Brisa a 31 ft. Bertram, kicked off the action with an impressive 400 LB blue marlin caught on 30 LB test by the Kirchoff family from Texas, which they caught straight out from Land’s End, with the fish taking a live caballito. This same day John from Sacramento headed out with friends aboard Hot Rod  where they managed to release two blue marlin estimated at 277 LBS and 180 LBS..pay attention here enter the release division in the upcoming tournaments. September 13th proved lucky for the Ramsey’s and Adam’s from Kansas aboard Pisces Ruthless with a 375 LB blue marlin released along with a striped marlin thirty miles from the 120 spot (Pisces goes anywhere there  fish). Art Hevener, long time Pisces client had a fabulous day aboard Pisces La Brisa releasing a blue marlin and a sailfish as well as boating two dorado and the only wahoo caught this report. They headed up past San Jose to Destiladeras. The ever popular Tracy Ann, had a grand slam with a blue marlin, striped marlin and sailfish all released for Dave Smith, Don Ealy & GT Mason from Texas; we’ve said it before but we will say it again, Texans are the luckiest fishermen we know. Pisces Billcollector had a double header on blue marlin on September 23rd with the fish they released estimated at 220 and 300 LBS, at the 95 spot for a group of California anglers, James, Mark and Mike.  One of their fish took a green and black lure and the other a caballito. Striped marlin accounted for the larger part of the billfish catches this period with thirty one percent of our charters catching between one and three stripers. Pisces Cabolero had lone angler Alan Cade on board on September 13th; he had an unbelievable day for one person releasing THREE striped marlin and a blue marlin with two dorado boated.well done! Sailfish catches were fewer but when found they were up to 100 LBS. Pisces La Brisa released two sailfish at San Jaime on the Pacific along with a striped marlin and a dorado for Donn and Tim from Granger, Indiana. Our billfish tally for this report was sixty-three, consisting of 24 blue marlin, 30 striped marlin and 9 sailfish. 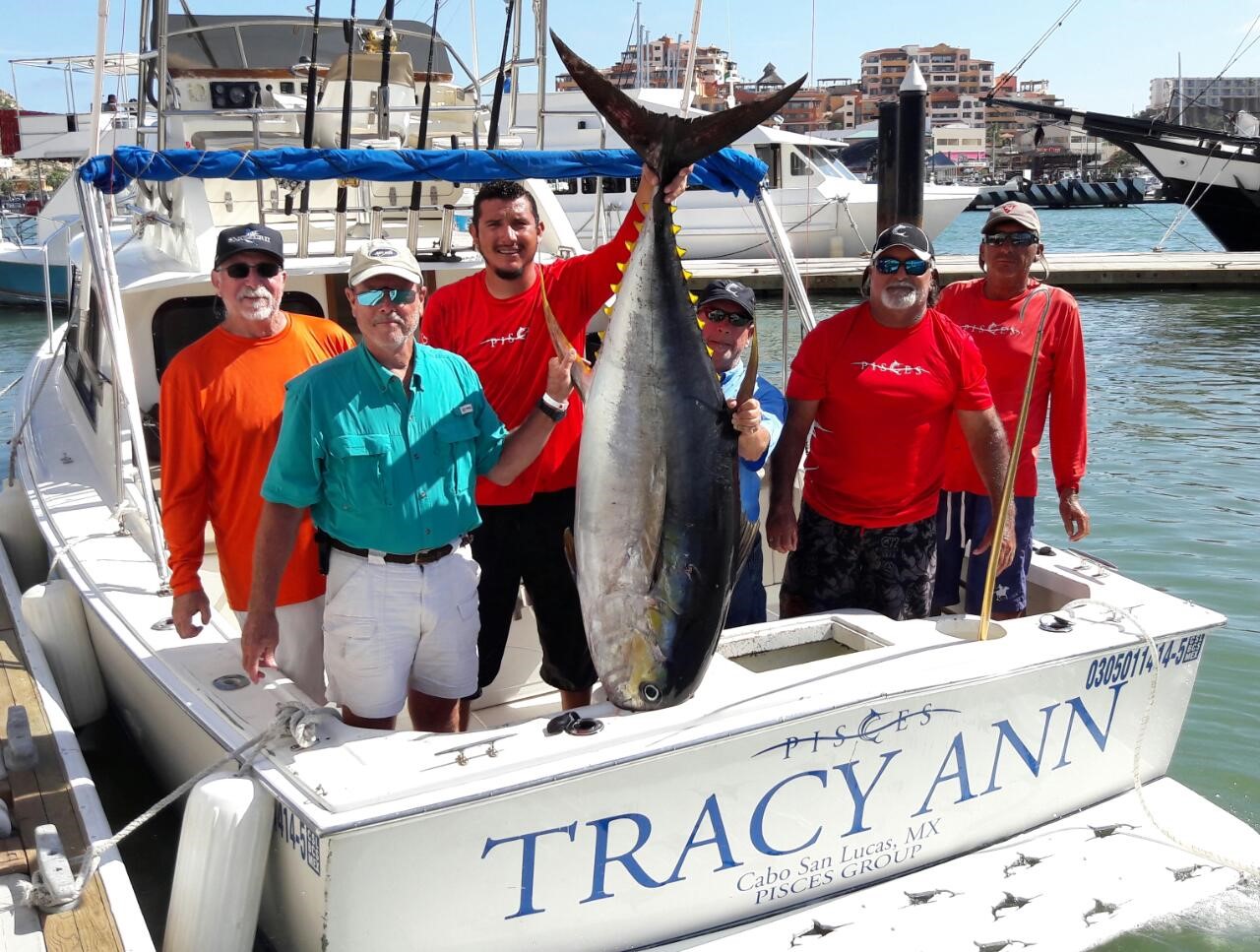 OTHER SPECIES: Dorado were plentiful with forty nine percent of our charters catching between one and fourteen fish up to 25 LBS, that said, a lot of the dorado were small and had to be released. Though they were quite abundant they were not always found, with the storms mixing up the ocean, but generally the better location was closer to shore on the Pacific.  They took a combination of live bait and an assortment of lures. Top dorado anglers were Jason and Portia Thompson from Colorado, aboard Ruthless at Golden Gate. Tuna catches were fewer but not poor, with twenty percent of boats catching tuna up to 50 LBS, though the majority were footballs between 5 to 12 LBS. One exception was Tracy An with an impressive 200 LB tuna caught thirty miles from the 150 spot on a green and yellow lure by Dave, Don and GT from Dallas. The only other fish caught were a few skipjack, triggerfish and a couple of roosterfish.

WEATHER: Port was closed for nine days during this report. Stormy, seas on the rough side. Average water temp 83 to 86 F, air temps in the low 80’s.

LOCATION: No one set location but tendency more to the Pacific.