Fishing this week has still been decent, although numbers did drop a bit compared to last week’s report. However, this may be due to changing weather here in Cabo with some rain closing the port for two days midweek and with somewhat difficult conditions, anglers tended to get seasick. Those who had no problem with the seas, however, did well, especially if they fished a few days. As I’ve said before, although it can be slow, we’ve been surprised with big catches throughout these summer months. This was again the case this week with Pisces 31′ Tracy Ann landing a monster 250 lbs yellowfin tuna. Other species caught this week were mainly blue and striped marlin, a few sailfish and smaller dorado.

The 250 lbs tuna caught on Pisces 31′ Tracy Ann was landed on September 21st, with Anglers from Frisco, Texas, Michael and Florence Reagan, Shera and Scott Cameron and Alana Geblein and Yale Hamrick having their work cut out for them this day. Not only were they one of the most successful anglers looking for tuna this week, but they also landed the big kahuna. They caught 13 yellowfin total, mostly ranging between 15 and 20 lbs, with a few larger 50 lbs fish and the surprise 250 pounder which put up a good fight. They found all fish about 30 miles out at La Herradura, and hit on cedar plug and petrolero lures. The Tracy Ann did well with tunas throughout the week, with anglers Stacy and Steven Roxberg, from Alabama, fishing a few days with the crew and landing a total of 17 yellowfin over two days. Their fish all ranged between 15 and 35 lbs each, with luck found at the 11:50 Spot on various lures: cedar plugs, hoochi and green/red lures. 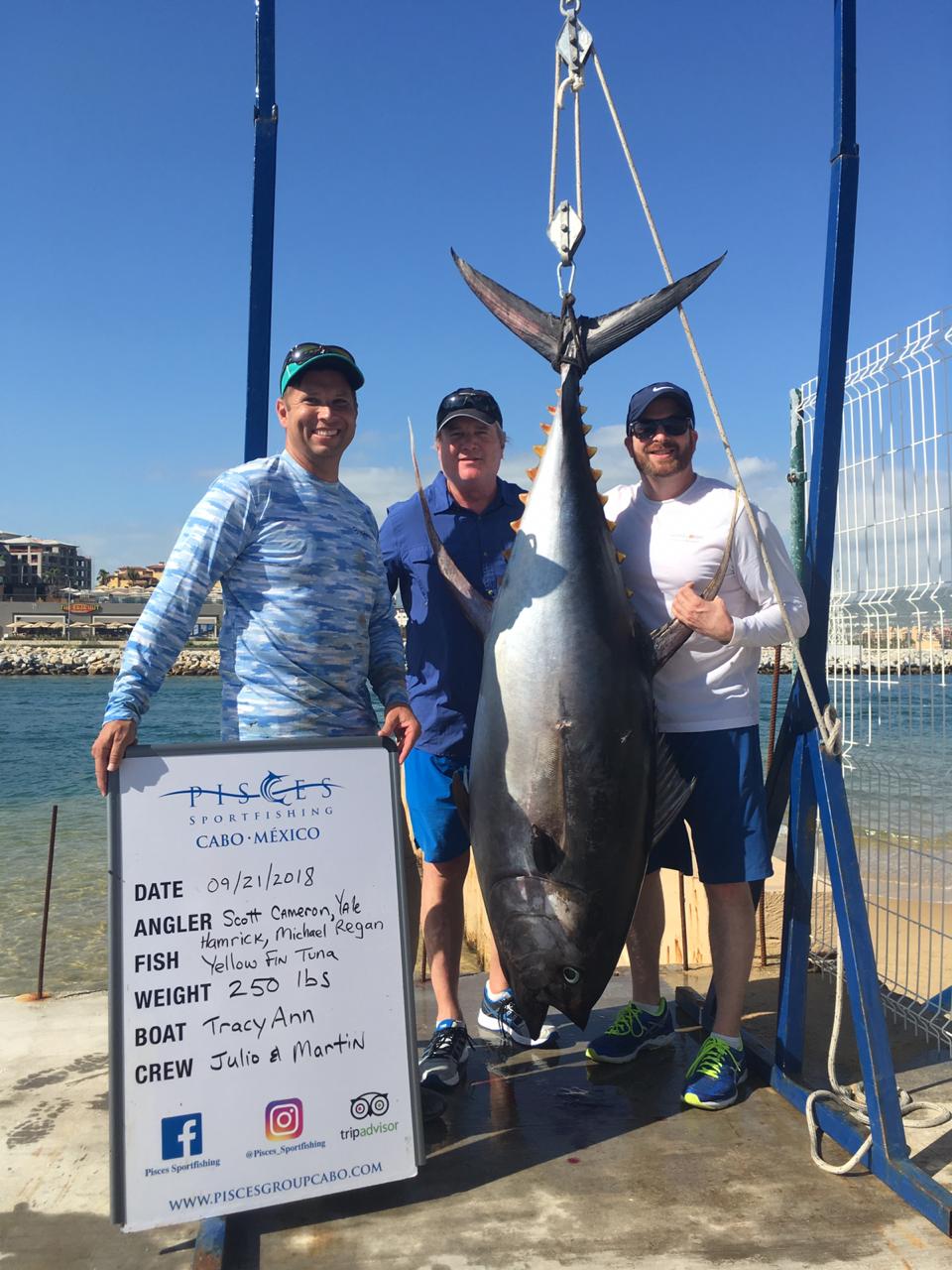 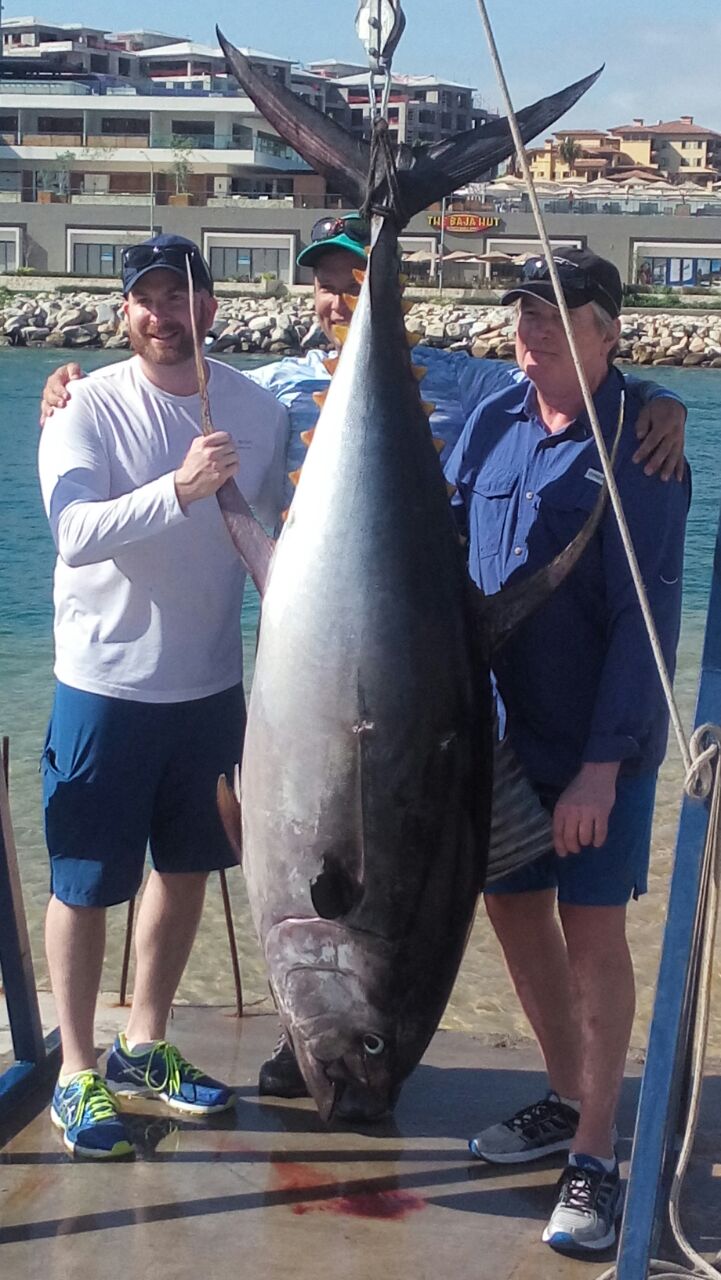 Pisces 31′ Tracy Ann  also had luck with dorado and marlin on the 18th, landing 1 striped marlin, which they released out at Las Margaritas. Additionally, they caught 6 dorado, all between 10 and 25 lbs each (with 2 released), which hit on feather lures and caballito bait between Los Arcos and Inshore at Golden Gate area. September 15th, Pisces Tracy Ann also did well with catching an almost 300 lbs blue marlin, with anglers Dave Smith, Don Ealy, GT Mason and Robert Seamaster doing a nice job at landing it. The fish hit on a petrolero lure out at the 95 Spot.

Pisces 60′ Reel Machine also did well with marlin this week, with a small blue marlin caught and released on the 15th as well, but this one at the 11.50 Spot on a tigrillo lure. A few days later the crew did well to help anglers catch and release 2 striped marlin which hit on a guacamayo lure and ballyhoo bait outside of the Old Lighthouse. 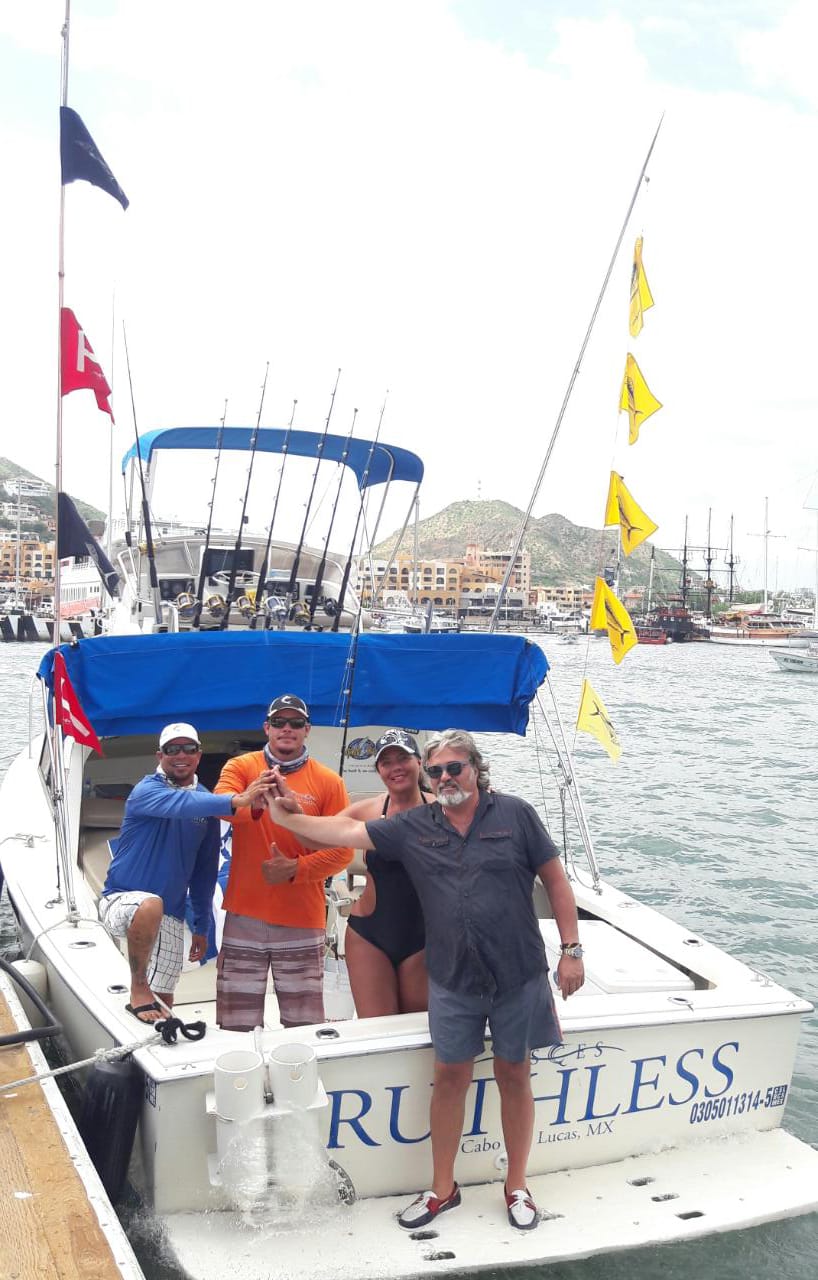 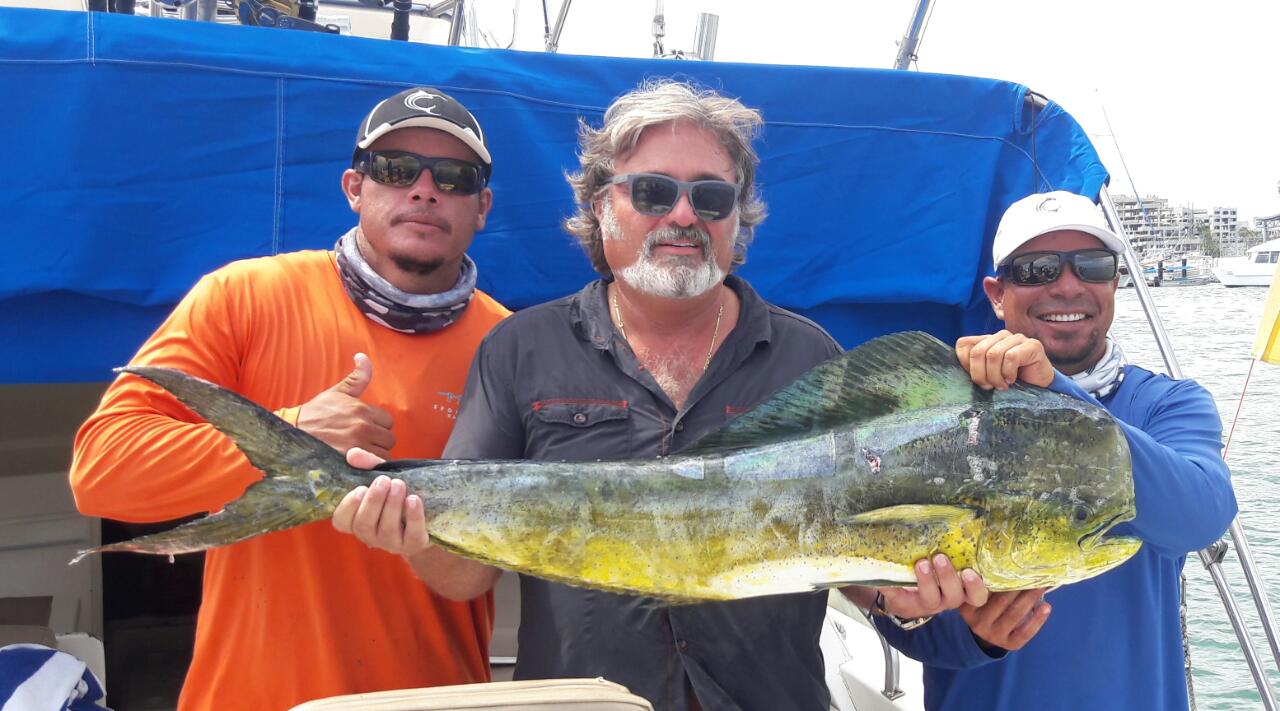 Pisces 31′ Ruthless and anglers Antonio de la Pena and Paula Borja came all the way from Spain! They  had a good day with 1 striped marlin caught and released of about 100 lbs, 5 dorado (2 released) and 1 sailfish also released. The marlin hit on caballito outside of Los Arcos, and the dorado, which ranged between (5-8 lbs released) 10 and 25 lbs hit on petrolero lures and feathers. The sailfish also hit on petrolero lure.

Again, Pisces 28′ Adriana did well to catch the only wahoo this week, a nice 40 pounder approx., caught on ballyhoo bait out at Pozo Cota. They also caught and released a striped marlin 2 miles off the Old Lighthouse on ballyhoo and 1 skipjack of about 20 lbs out of Pozo Cota as well. Angles were Christopher Huish and Jason Lepla from Alberta, Canada. 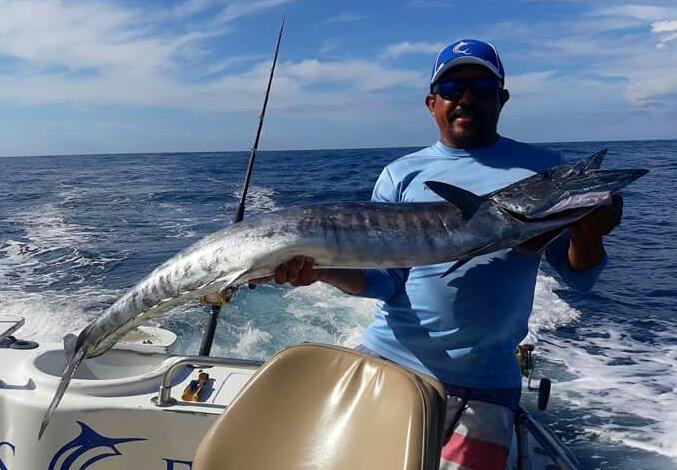