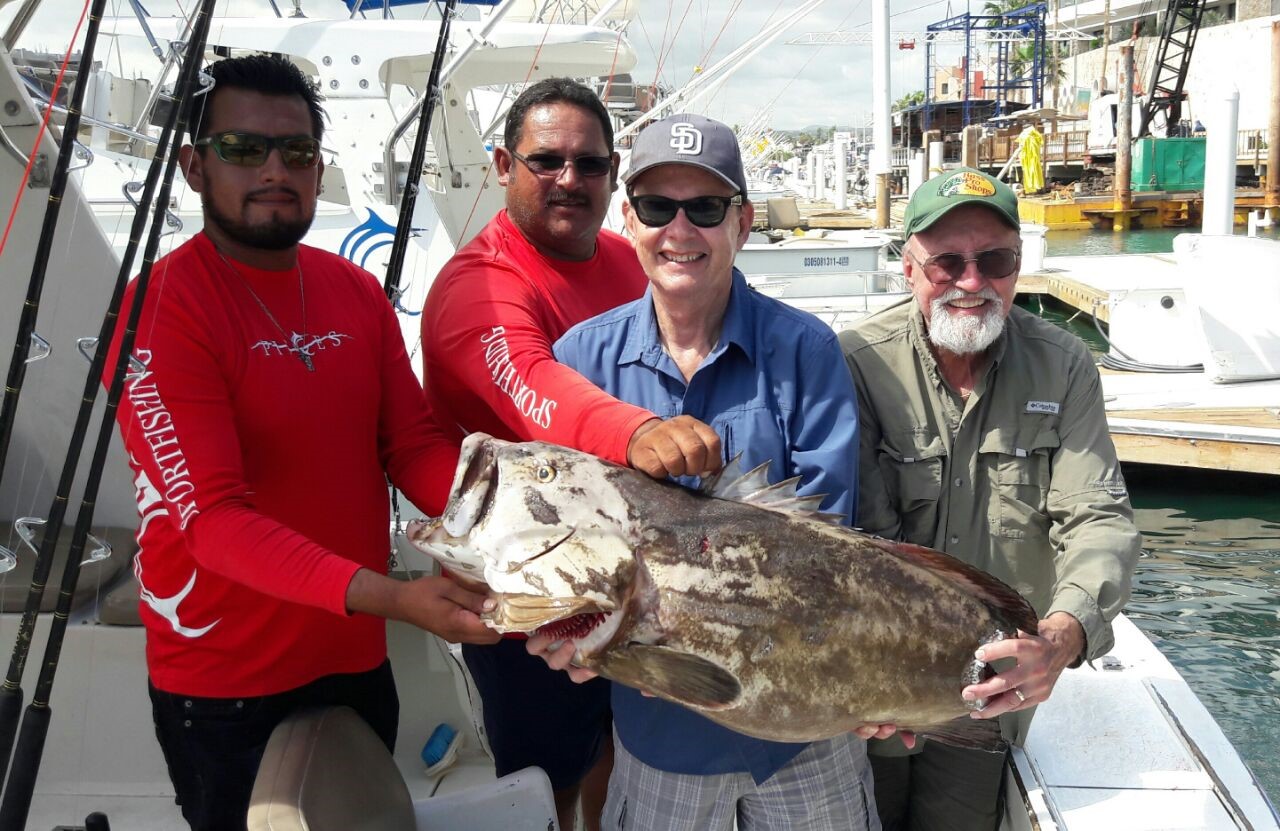 This week fishing started off strong with numerous billfish catches per boat, mainly striped marlin and sailfish. but then, midweek, this all changed as most catches turned to wahoo and many dorado per boat.

Our trusty 28ft Andrea and Captain Orlando Murillo started off the week strong, with the most diverse catch of the day on the 24th, landing dorado, sailfish and tuna, and were back at the dock by one o’clock! Anglers from California caught 4 dorado (2 of which they released), ranging in size from 3 to 10 lbs. on feather lures and caballilto bait. They caught one yellowfin tuna of about 10 lbs, also on a feather lure and were then surprised to land two sailfish on caballito bait as well. The sailfish weighed approximately 50 to 70 lbs and were released. All fish were caught out at Las Margaritas. 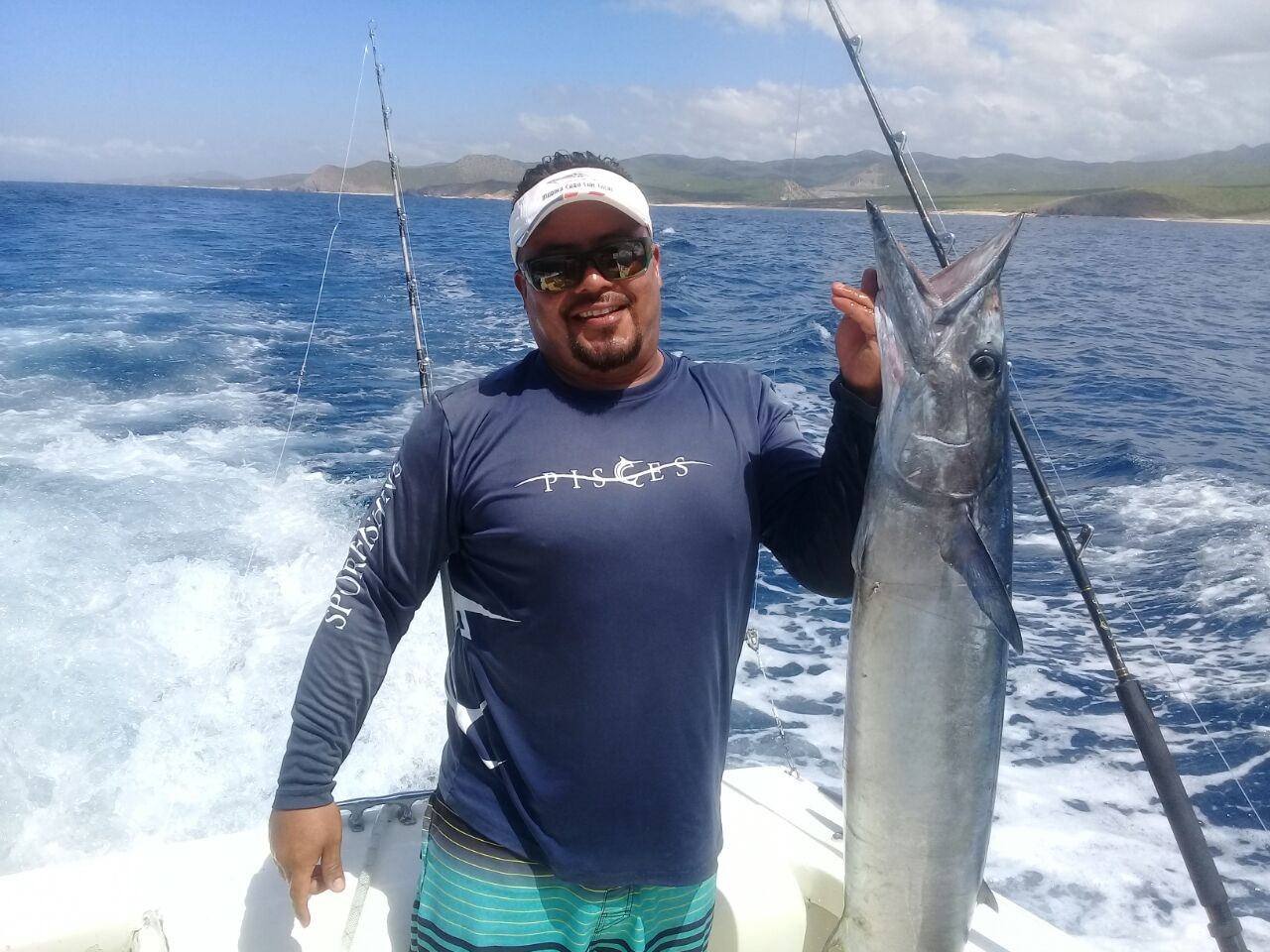 The next day, as if to one up the statement I have just made above, the Tracy Ann had a spectacular day, landing four of our favorite different species of fish! Captain Julio Castro and angler Scott Patterson from Marrieta, GA, caught 3 striped marlin, 2 sailfish, 5 dorado and 3 yellowfin tuna. What a dream day out on the water! The marlin and sailfish were all released, caught on caballito bait and colored lures out of Golden Gate and Las Margaritas. The dorado weighed about 8 to 20 lbs. each, all caught on caballlito bait. The yellowfin were caught on cedar plugs, with the biggest weighing about 12 pounds.

Monday, Captain Rosendo Gomez of the Tiburon with anglers Tim and Sherry May caught 5 dorado (between 8 to 15 lbs) on caballito bait out at las Margaritas, as well as 1 sailfish, around 90 lbs (released). Later in the week the Tiburon highlighted our fish report with another 5 dorados all between 4 and 8lbs (releasing two), which were caught on feather lures out at Migri?o for anglers from Michigan. They also caught a nice 20lbs wahoo on a tiger striped lure out at Las Margaritas. Midweek was a bit of rougher weather and we saw the fishing begin to change after Wednesday.

As the middle of the week took shape we started to see wahoo and more dorado appear! 55ft Flora T caught 3 dorado, between 15 and 20 lbs on purple lures out at Golden Gate for anglers from Marshall Islands. They also landed 2 very nice sized wahoo there of around 40 and 50 lbs on mackerel bait. These anglers went out again the next day and had themselves another fabulous day, but this time aboard the 31ft La Brisa with Captain Ray Winkler. Anglers Don, Donald and Joe Muse caught 22 dorado all ranging from 3 to 15 lbs (they released over half), all caught on feather lures, green lures and mackerel bait out at Las Margaritas and Golden Gate. Angler Jonathan Dodge also caught a nice sized wahoo, this time 35lbs on a petrolero lure.

More and more boats were seen coming back with numbers of dorado in the tens and twenties and quite a few wahoo through the end of the week. For example, our 35ft Valerie caught 20 dorado, releasing half of them, caught on feather rlures, cedar plugs, green and blue/white lures, all out at Golden Gate. Anglers also landed 4 wahoo, ranging from 20 to 50 lbs. The wahoo were caught on black, brown and orange lures.

Friday, the only boat to catch billfish, which is what anglers wanted to specifically target, was the 61ft Tag Team. Anglers Charlie Schafer and Jim Ayres from CA caught one striped marlin (released) on petrolero lure out at the 11:50 Spot, as well as one sailfish (also released) which was landed on mackerel bait and also released out at the 11:50 spot.

Saturday the dorado and wahoo trend continued as 31ft Ruthless caught 3 dorados all on mackerel bait out at Migrino 7-10 Lbs (Released) and one wahoo of about 30 lbs caught on feather lure.

WEATHER CONDITIONS: Seas were mostly calm, with sunny to partially cloudy skies.. except for one day with large waves of about 5-7 feet and some wind.