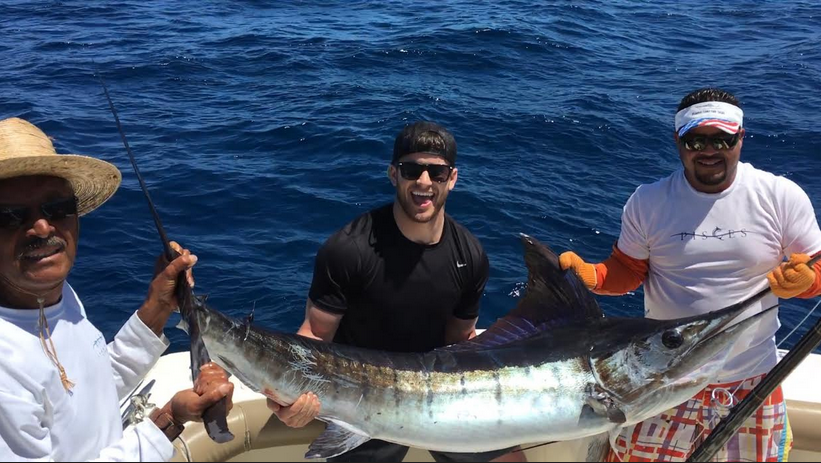 John Hibbs aboard the Pisces Tiburon snaps a pic with this beautiful striped marlin before releasing it safely back.

A catch success rate of 86% this week saw a wide range of different fish species. The beginning of the week saw boats either going to the 11:50 Spot looking for marlin or staying inshore fishing on the Pacific side. While the second half of the week saw boats hitting up a few different spots for striped marlin and yellowfin tuna (making a reappearance). As far as inshore species caught this week, we had the following: Grouper, red snapper, sea bass, sierra, roosterfish, skipjack, jack crevalle and yellowtail. Top marlin catches this week went to the Pisces Tag Team, they were fishing out of the 11:50 Spot with macarela live bait when they caught and released five striped marlin between 100 to 170lbs each. The Pisces Tracy Ann was fishing later in the week at Cabrillo with a group of anglers from California; when they caught and released a striped marlin near 150lbs and landed 15 yellowfin tuna between 10-20lbs. 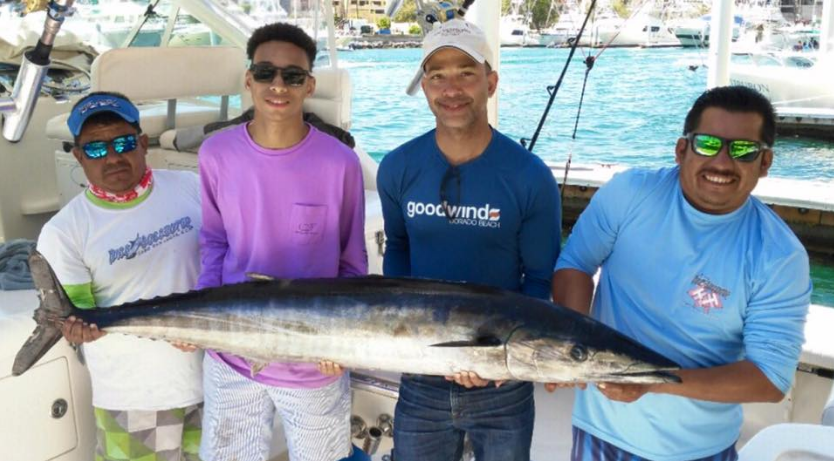 This fish weighed in at 55lbs and was landed on a red/black lure at the 11:50 Spot. These anglers from California also released two striped marlin near 180lbs, as well as catching and releasing a small dorado. All of this aboard the Pisces Bill Collector, with captain Juan Carlos and deckhand Esteban. Photo by Oscar Ba?agas.

Wahoo made an appearance near the beginning of the week, with the Pisces Bill Collector landing the largest one at 55lbs. The wahoo was landed on a red and black lure, they were also fishing with macarela live bait and landed a small dorado which was released. These anglers from California didn’t stop there though, as the 11:50 Spot was productive on this day. They managed to catch and release two striped marlin of 160-180lbs. The Pisces Adriana had a younger angler of nine years and his family from Chicago, Illinois. Taking into account the little guys fishing abilities, they went inshore and caught a plethora of fish. Fours sierra mackerel of around 5-7lbs, a jack crevalle, 11 red snapper and triggerfish were all landed.