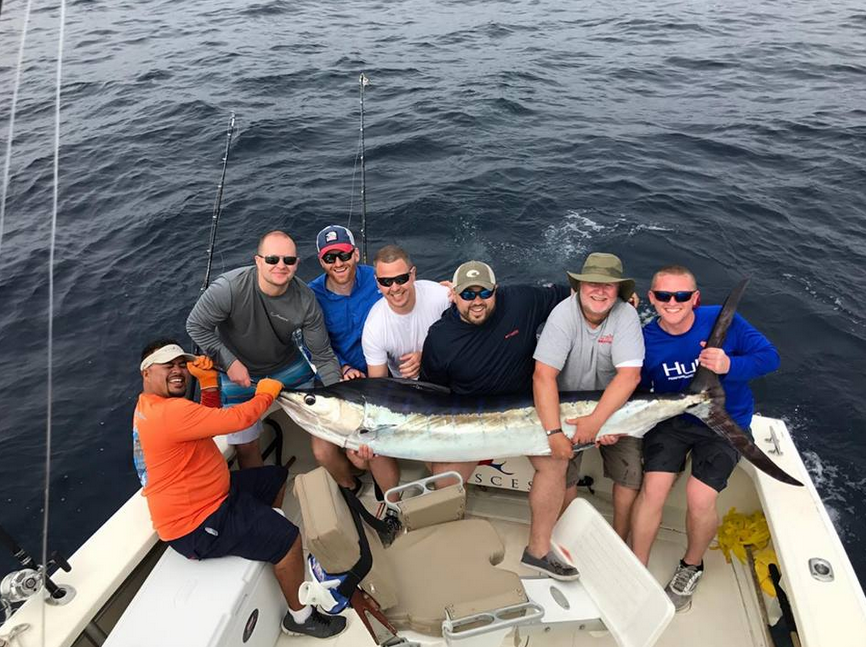 This group of anglers from California with one of their striped marlin’s prior to release aboard the Pisces Ruthless, their trip on the 22nd of April saw them catch and release 6 striped marlin (Photo by Ryan Stevens).

This week we saw some declines in our catch success rate, with some days being quite good fishing, and others not so much. However, those who caught fish had a nice little variety of inshore fish, as well as striped marlin mostly. The main species caught inshore by Pisces boats this week were ladyfish, red snapper, roosterfish, yellowtail, skipjack, jack crevalle, and sierra mackerel (as well as the odd wahoo offshore). Top boat this week in terms of marlin catches was the Pisces Bill Collector, captained by Juan Carlos Lopez, they managed to catch and release three striped marlin of between 110-140lbs for a group of anglers from Texas. All three marlin were landed on caballito live bait just offshore from Palmilla in San Jose. 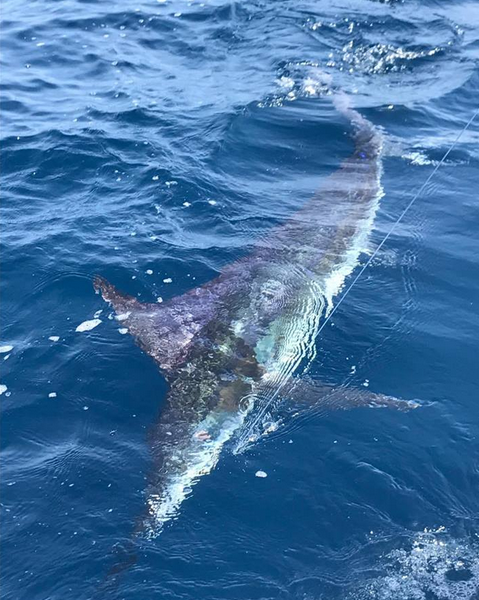 The Pisces Valerie captained by Roberto Sandez, was fishing with a group of anglers from California about half a mile from the Cerro spot, when they caught and released a 120lbs striped marlin, as well as two roosterfish around 15-20lbs on caballito live bait. The Pisces panga Tres Amigos had a good inshore day, they were just off the old light house with some fishermen from Illinois when they caught eight sierra mackerel between 5-8lbs, as well as catching and releasing a small roosterfish. The Pisces Listo, captained by Lupe Gomez also went inshore just off Cerro Colorado on the Corridor, where they landed eight ladyfish and two red snapper for their anglers from California.

WEATHER CONDITIONS: Clear skies and calm seas throughout the week, with air temps in averaging in around 80?F.