BILLFISH: This week our main event was the near pass by Tropical Storm Javier, that had Cabo’s port closed on Monday the 8th of August. No boats were able to go out that day, and we saw some nice rain. Something that our desert landscape is always thirsty for is a good soaking of rain by a summer storm. Our week started of with a few different boats landing blue marlin and some sailfish. The Pisces Adriana, captained by Nicolas Winkler caught and released a sailfish. They also landed a nice 80lb yellowfin tuna on a cedar plug, for a group of anglers from San Antonio, Texas. The Pisces Bill Collector caught and released three blue marlin, the largest was estimated at around 280lb, for the Sullivan family from San Antonio, Texas. The Pisces Andrea saw a good day for billfish on the 7th, with three striped marlin released and a blue marlin landed for Ty from Texas. This day saw three boats land the same combination, of one striped marlin and one blue marlin. The day after the storm most people had to reschedule their bookings, so only one boat went out, the Pisces Rebecca. They caught and released a blue marlin on caballito live bait for some anglers from Cleveland, Ohio. On the 10th, the Pisces Adriana had a nice combo catch of a striped marlin and blue marlin released, as well as a 45lb wahoo. These were all landed on caballito live bait at the 95 Spot, for a group of anglers from Kansas. 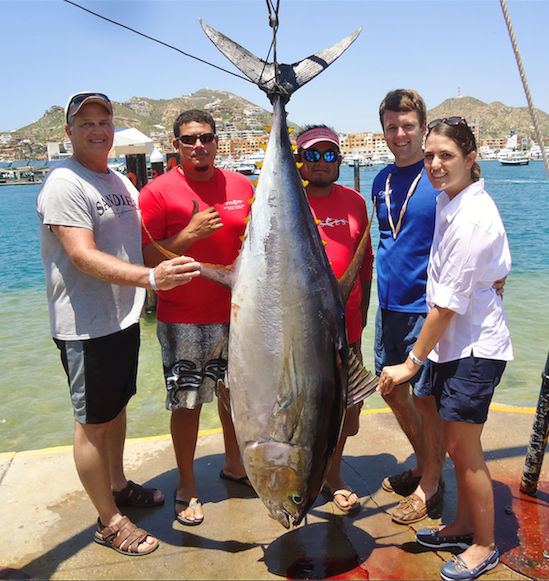 OTHER SPECIES: The 10th of August saw yellowfin tuna catches go up, the Pisces La Brisa caught nine yellowfin tuna. The Pisces C Rod landed five yellowfin tuna, they were 10-65-85-141-155lb respectively, for a group of anglers from Houston, Texas. The fish were all landed on lures, mainly pink, gree, cedar plugs at the San Jaime Bank. The Pisces Valerie captained by Roberto Sandez had a really nice day for Cabo local Brian, as they landed a 156lb yellowfin tuna about 20 miles out from The Arch. The 11th of August saw an absolutely spectacular day for massive yellowfin tuna for Pisces boats, landing five yellowfin tuna over 100lb (with two of those being over 200lb) out at the San Jaime Bank. The Pisces C Rod captained by Abel Ramirez landed two yellowfin tuna weighing 100-156lb respectively. As well as catching and releasing a decent sized blue marlin estimated at around 430lb for Robert Thomson from New Mexico. The Pisces Ruthless came in second place for largest yellowfin tuna of the day with a massive 205lb fish, landed for the Daniel’s from Ashburn, Virginia on a green-yellow lure. The largest tuna of the week was landed on the Pisces La Brisa. Captained by Ray Winkler, with his deckhand Fernando. The fish weighed a whopping 212lb, the beast took a green-yellow lure out at the San Jaime Bank for a group of anglers from Maryland. And to finish of the week we had the Chivato bring in a nice 197lb yellowfin tuna for a group of anglers from Gig Harbor Washington. While the Pisces Bill Collector caught and released three dorado, caught 16 yellowfin tuna (four released), and a nice 25lb wahoo for a group of anglers from Kingsville, Texas. We also saw a smattering of catches of different species from the pangas and boats that fished in-shore, catching and releasing roosterfish, needlefish, skipjacks and silky sharks mostly. We also saw the arrival of more wahoos in the area, as some boats landed the occasional fish throughout the week.

WEATHER CONDITIONS: Clear and calm most days, except for August 8th when Storm Javier went by and we saw heavy rain for about 3 hours.

AVERAGE WATER TEMP:  88?F, 83?F on the 9th after the passing of Javier took out energy from the Pacific Ocean and resulted in its cooling. 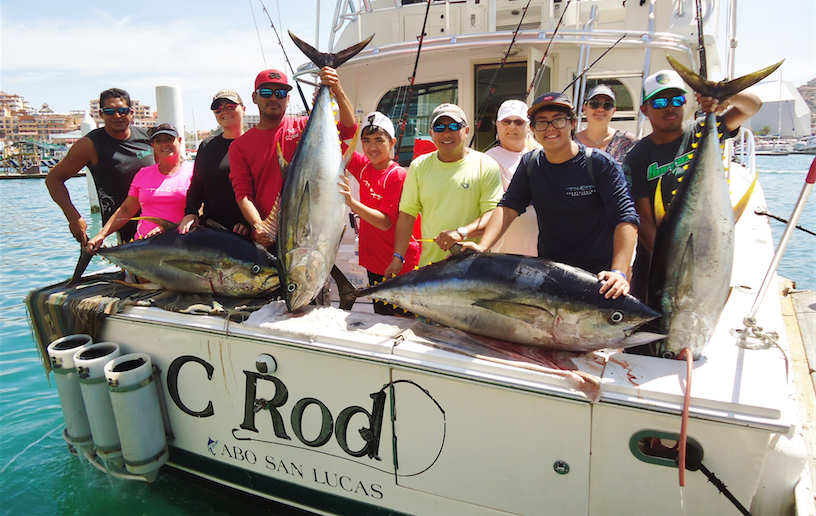 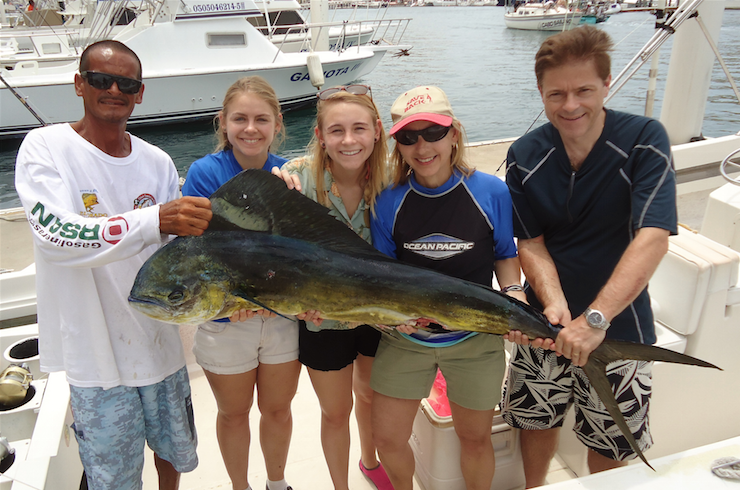