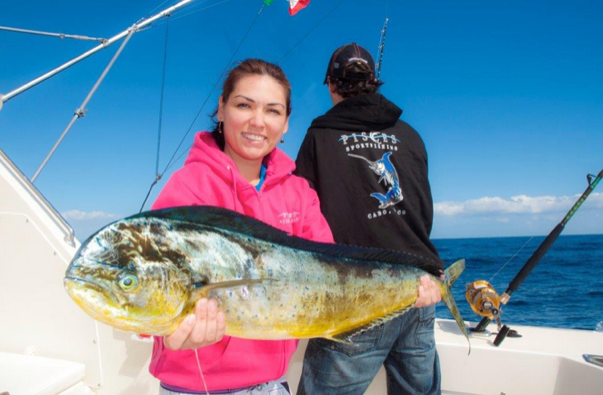 For the first full week of December we saw dorado at the beginning of the week, then tapering off into more of a striped marlin bite, we saw a very high catch success rate this week, with 98% of boats landing fish. Starting us off with the largest number of dorado was the Pisces Adriana. Captain Nicolas Winkler put these clients from Phoenix, Arizona on 10 dorado out at Pozo de Cota. We also saw a lot more small game this week, with a healthy mix of jack crevalle, roosterfish, grouper, and amberjack. The panga La Gloria managed to catch and release six roosterfish of around 10-25lbs for a group of anglers visiting from England.

Based on the catches of Pisces Sportfishing Fleet by Glenn Ehrenberg, photos by Oscar Ba?agas.