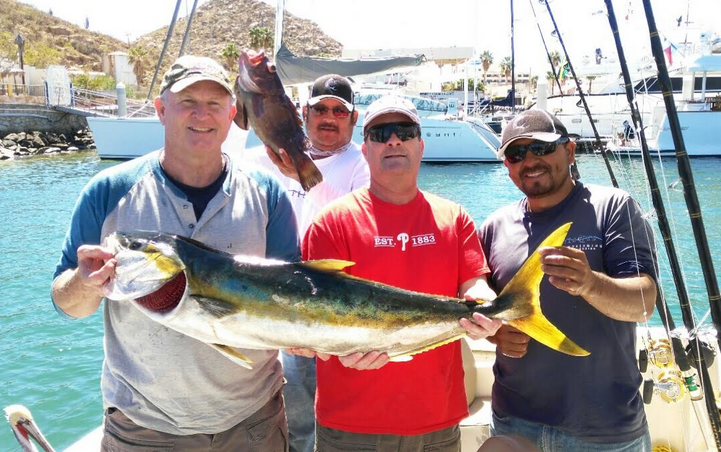 These anglers caught a nice yellowtail and a grouper aboard the Pisces La Brisa. Photo by Oscar Ba?agas.

This week saw mostly small to medium tuna action as well as a varied inshore bite, many boats landed about 10-20 tuna per boat per day. Species ranged from amberjack, grouper, ladyfish, red snapper to yellowtail and a few others. While 73% of boats that went out landed fish, we did have a non-existent billfish bite, with some boats traveling further out to go after possible larger tuna and billfish being unsuccessful. Most captains opted for going after our smaller and less well-known inshore gamefish, adding a touch of color and curious looking critters. 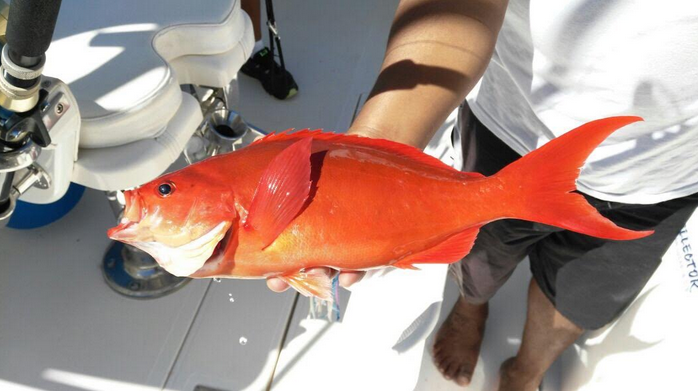 On the 19th we had the Pisces Tracy Ann, captained by Julio Castro land 20 yellowfin tuna in the 10-20lbs range, just off of San Jaime bank. All fish were caught on cedar plugs and feather lures for the Lilienthal’s from Minnesota, we’re sure that 20 tuna beats ice fishing back home. The Pisces Adriana had a nice day for the Mileski’s from Delaware, they were fishing at inshore at Migri?o when they landed a 25lbs amberjack on a yoyo, as well as catching a few ladyfish and a grouper on cut bait. While the Pisces La Brisa captained by Bruce Monta?o was fishing at the sea lion colony near Cabo, they landed two nice yellowtail, a grouper a ladyfish and two triggerfish. All fish were caught on caballito cut bait for this group of anglers from Albemi, British Columbia.

LOCATION: San Jaime bank, inshore on the Pacific side.

WEATHER CONDITIONS: Mostly clear and calm, with moderate seas some days. Air temps in the 70’s. 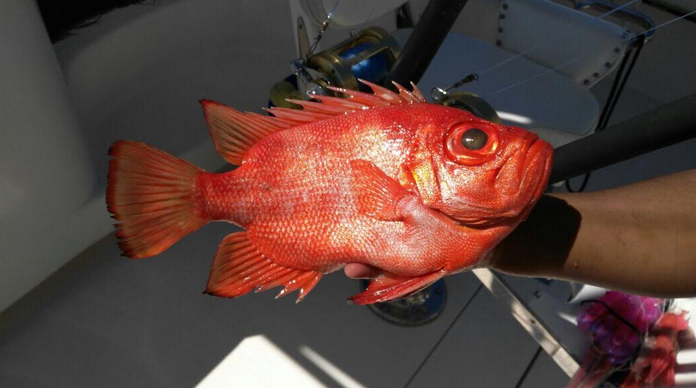