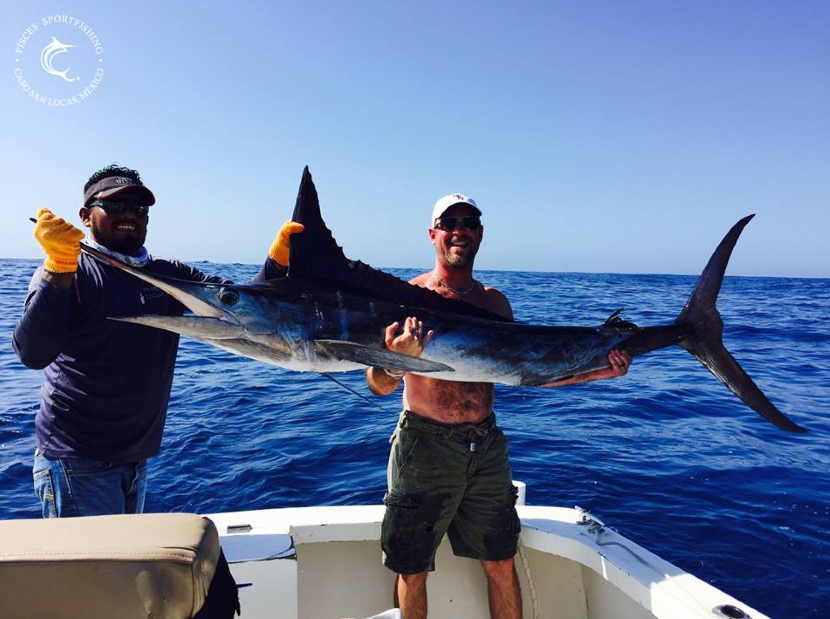 BILLFISH: This has really been a perfect showcase for Cabo summer weather. We saw really sunny, clear days and water temperatures starting to creep up a little. This has also meant that a few storms have formed further south, but don’t pose any sort of threat as they’re still quite south of us. Summer is definitely here, as we see our warm-water loving Blue Marlin catches consistent, while there have also been fairly good if sporadic catches of Striped Marlin throughout the week. Pisces Shambala started off the week well releasing a Blue and a Striped Marlin, as well as landing an 180lb Yellowfin Tuna for a group of anglers from Heath, Texas. Pisces Flora T also released a Blue Marlin around 250lb, for a group of anglers from California. The Cabolero landed a 257lb Blue Marlin around 18 miles from the Old Lighthouse, for a couple of anglers from Georgia. They attempted to release it, however the fish didn’t survive. On July 21st we had the Pisces Tracy Ann and the Shambala both catch a Striped Marlin and a Sailfish each, with all fish being released. While the largest of all billfish boated this week was a 350lb Blue Marlin, caught aboard the Tiburon for Larry from Denver, Colorado.  Pisces anglers caught a total of 37 billfish this week, consisting of 22 Striped Marlin, 13 Blue Marlin and two Sailfish. With most billfish released. 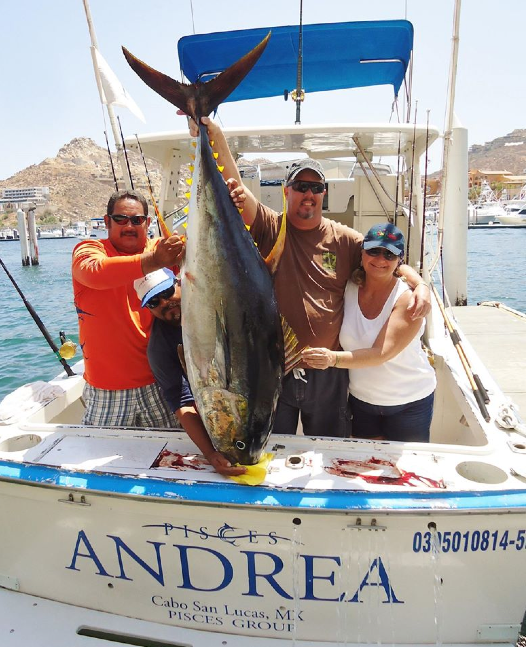 OTHER SPECIES: Yellowfin Tuna continues as king in Cabo’s fishing grounds for the moment; with Pisces boats landing a total of around 147 Yellowfins this week. The Pisces Ruthless provided a fun time for the Henning family from Ontario, Canada. Everyone got their chance at a fish with 12 Yellowfins landed. The Bill Collector continues to shine in the tuna department, with the largest one for this week coming in at 197lb, around the 95 Spot for a group of anglers from Louisiana. While also releasing a nice Striped Marlin, estimated at around 120lb. Pisces Andrea had a fun day of fishing on July 17th for the Richardson’s from Nebraska. They landed five Yellowfin Tuna this week, with one of them weighing in at 160lb. As well as one Striped Marlin released. The Pisces Tracy Ann saw a spectacular day with fourteen Yellowfins caught, one of them weighing in at 112lb, for a group of anglers all the way from Alaska. They also caught and released one Striped Marlin. One notable anomaly for this week was a 70-75lb (estimated) released Rooster Fish, while fishing inshore aboard the panga La Gloria. There was also an 190lb Hammerhead Shark that was released by Benjamin and William Smith from England. They also caught two nice Red Snapper around 10lb onboard the panga Poseidon.

WEATHER CONDITIONS: Skies mostly clear and sunny throughout the week, with air temperatures from the high-70s to mid-90s. Seas were calm all week, with swells around 5-6ft. 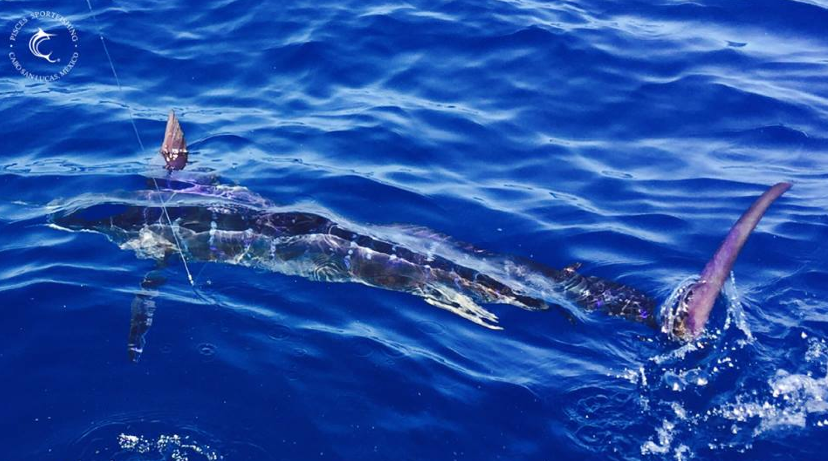