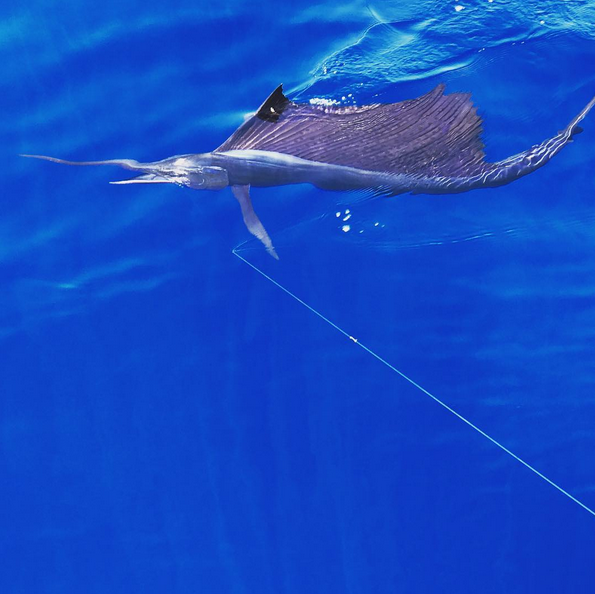 Sailfish coming in for release aboard the Pisces Hot Rod.

Fishing in Cabo has been mostly good this week, although there was a slow down with about half of boats skunked on a few days mid-week. However, when it has been good throughout the rest of the week, we’ve seen boats land a varied array of summer species. We saw another rare Pacific shortbill spearfish this week, so we doubt that anyone is going to continue to believe that they are that rare in our waters. However, we only usually see about 2-3 of these in a whole year usually. We saw quite a few sailfish this week as well, this generally signals that the summer water temperatures have arrived. There were also a number of blue and striped marlin caught on Pisces boats, some very large dorado, along with yellowfin tuna, wahoo and grouper.

Our top boats these week: 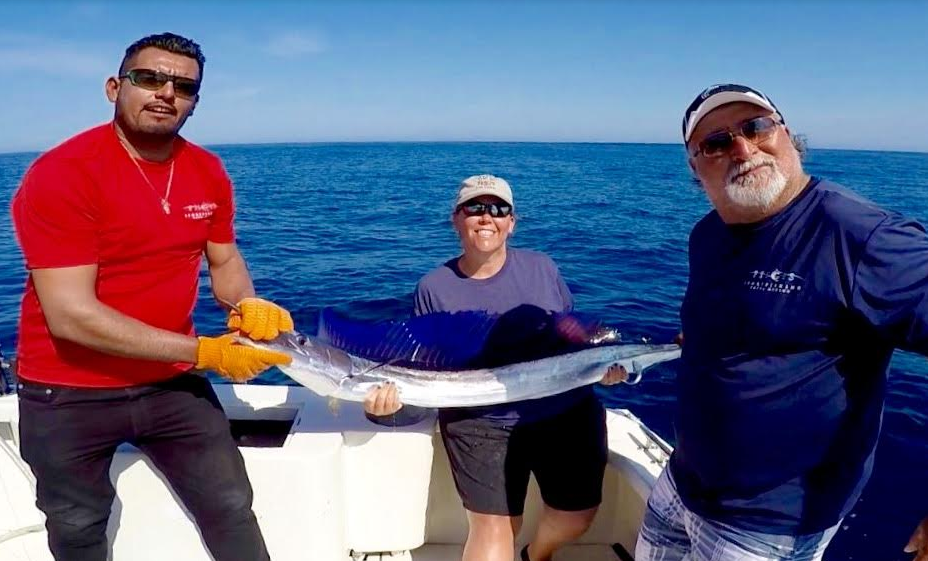 Melisa Wiler released this 30 pound spearfish aboard the Pisces Tracy Ann, to her right captain Julio.

-The 31ft Pisces Tracy Ann captained by Julio Castro and deckhand Martin took out Chad and Melissa Wiler from Ohio. Melisa was lucky enough to release a 30 pound spearfish, they also landed a 340 pound blue marlin on a petrolero lure, and a 35 pound wahoo. While also landing eleven yellowfin tuna in the 10-20 pound range, all fish where landed at San Jaime. 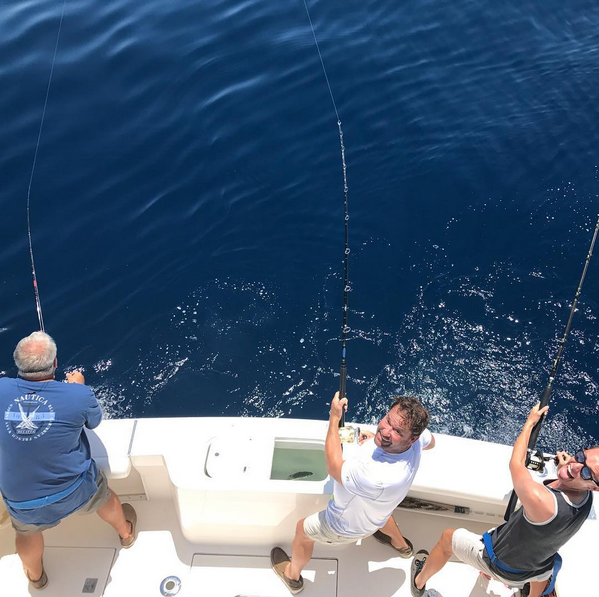 Triple hook-up aboard the Pisces Hot Rod  for these anglers from Gastonia, NC. 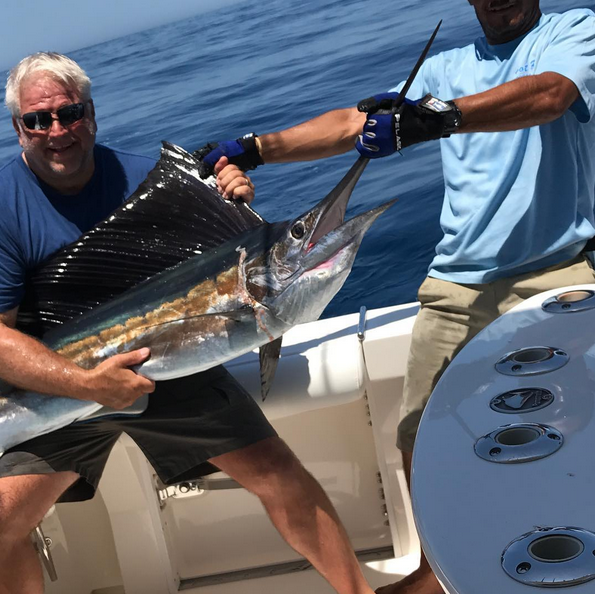 Take a snap and send it back! This sailfish was released aboard the Pisces Hot Rod.

-The 42ft Pisces Hot Rod captained by Erick Orozco, took out anglers Logan and Steven from Gastonia, North Carolina about 26 miles to the 1150 Spot. They had an incredible triple hook up into two sailfish in the 100-110 pound range, as well as a 170 pound striped marlin. They later landed two yellowfin tuna of around 15 pounds. 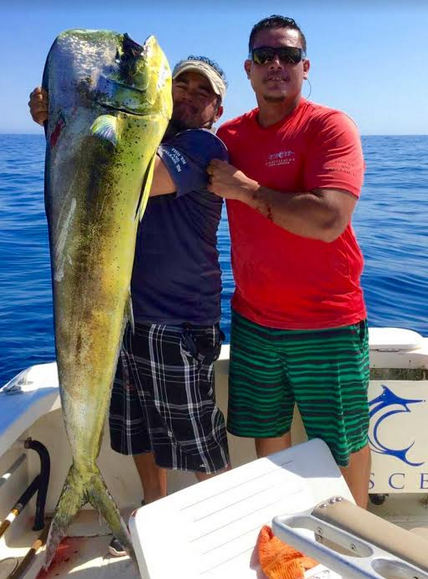 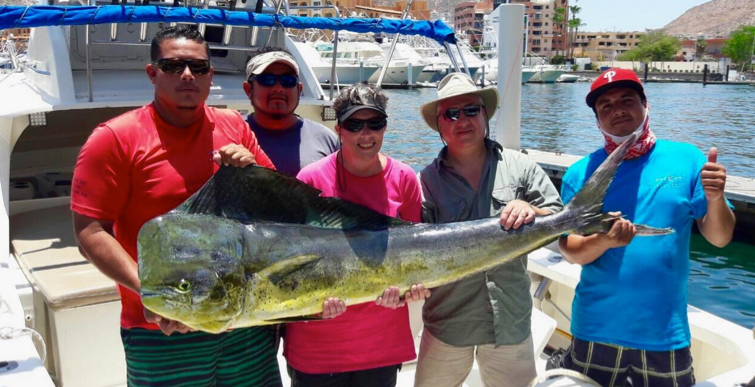 -The 31ft Pisces Ruthless captained by Beto Lira had the Giglio’s from Houston, Texas on board and headed out to the 120 Spot. Here they released two striped marlin near 110 pounds, as well as a very impressive bull dorado of 52 pounds; all these were landed on caballito live bait. They also landed two yellowfin tuna of 10 pounds on cedar plugs. 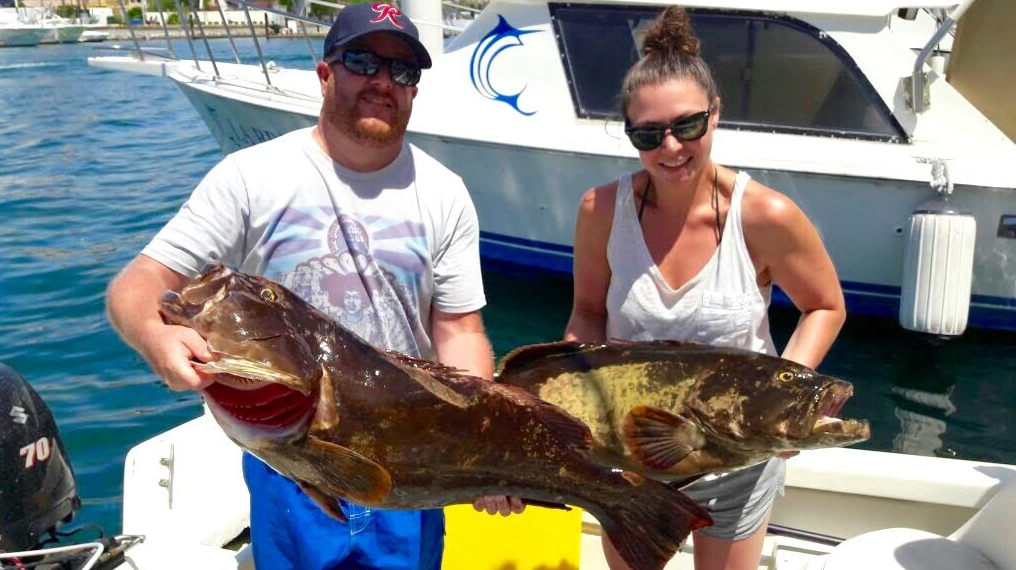 Gretchen and Ryan from Washington hold up two groupers weighing about 20 pounds each, caught aboard the panga Salsa (Photo by Abraham Herrera). 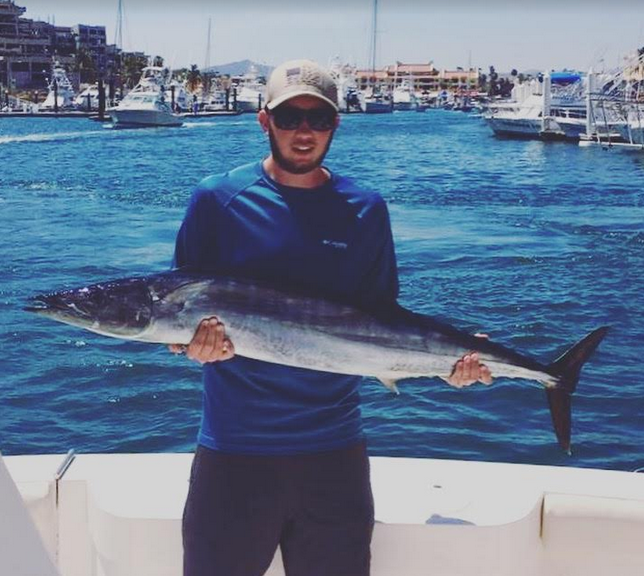 30 pound wahoo landed aboard the Pisces Knot Workin, for this angler from Texarkana, TX (Photo by Eduardo Vazquez).

WEATHER CONDITIONS: Clear skies and calm seas most of the week, air temps averaging in the 80’s.