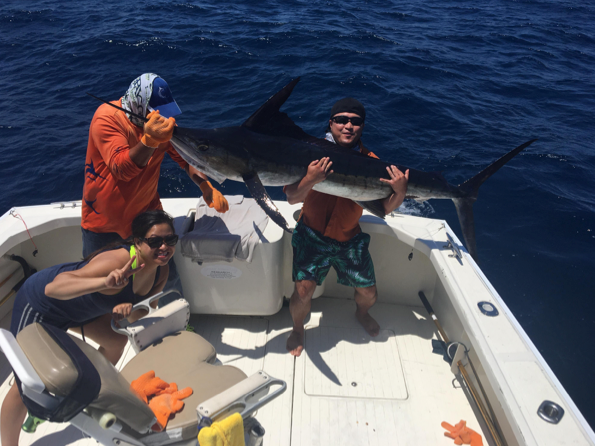 Newlyweds from California, the Uy’s pose with one of the striped marlin they released aboard the Pisces Tracy Ann.

This week it was mostly striped marlin that we saw aboard Pisces boats, with a very good catch success rate of 90% overall. It seems like the marlin bite continued most days out at the 11:50 Spot, with some of the boats landing multiple fish. In the same area were found the odd wahoo and even more rarely this week dorado. As far as other species, which made up the bulk of catches apart from the striped marlin, we saw a lot of boats landing sierra mackerel inshore, as well as roosterfish, jack crevalle, red snapper, grouper and pompano. 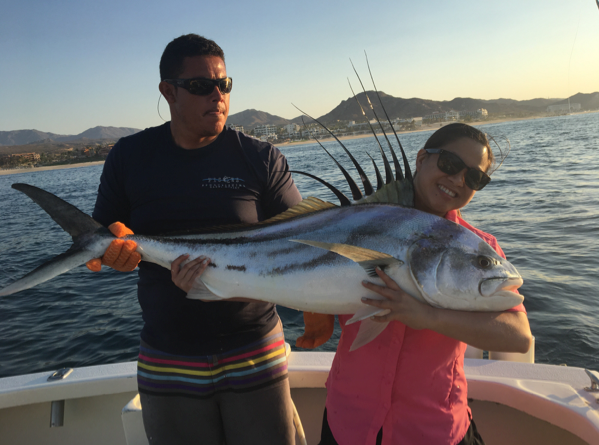 Our top marlin boat this week, without a doubt was the Pisces Tracy Ann captained by Julio Castro, they landed seven striped marlin out at the 11:50 Spot on caballito live bait for a lone angler on the 3rd. The same boat also had the second best day in terms of marlin on the 7th, on that day they caught and released four striped marlin, all near 140 pounds for honeymooners Benjamin and Jennifer Uy, from California. They fished three days in total, and we’ll leave it to Ben to sum up his experience with Pisces:

“Today, we finished our last of three Pisces trips this week. On the Tracy Ann, my wife Jennifer caught and released a big rooster approximately 30-40 lbs, and I caught and released four striped marlin with the largest being approximately 160 lbs. Another unbelievable and unforgettable day for our honeymoon!  Thank you to Pisces, especially the Tracy Ann crew (Julio, Sylvestre, Martin) and Ruthless crew (Beto and Roberto) for some of the greatest memories of our lives!  We will be back to fish with you again soon!” 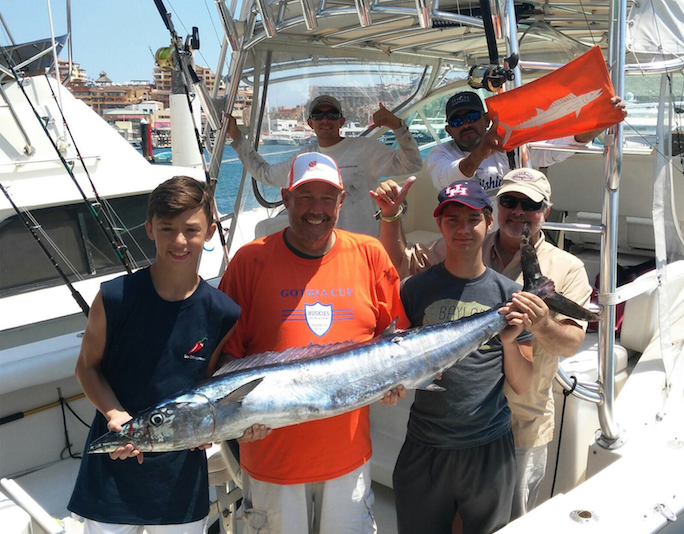