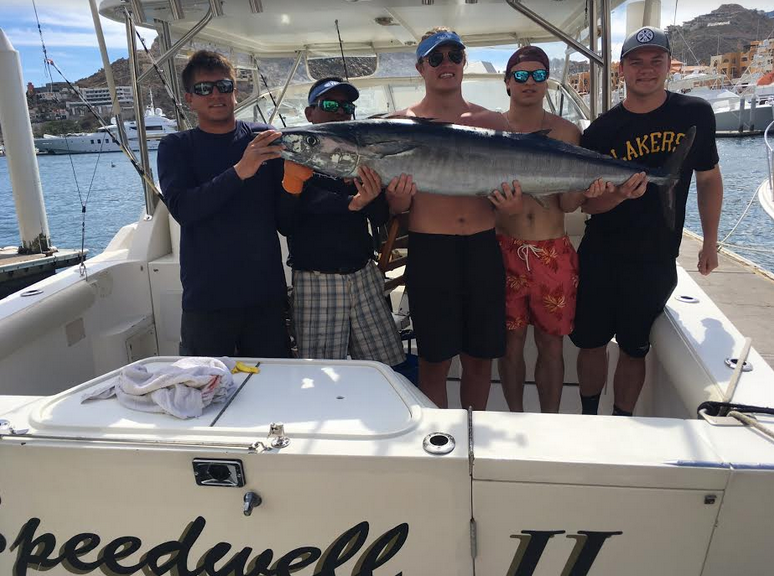 These anglers from St Paul, show off the nice 45lbs wahoo caught aboard the Pisces Speedwell (Photo by Eduardo Vazquez).

Fishing continued to be good this week with 82% of Pisces boats landing fish; they were mostly of the inshore variety. Our top species this week for inshore were: sierra mackerel, red snapper, grouper, amberjack, roosterfish, yellowtail, ladyfish, skipjack, and jack crevalle. Most of the boats ended up heading to spots on the Pacific side, however, fishing at the 11:50 spot yielded the only marlin catches this week, all of them being striped marlin near 150lbs. On the 22nd the Pisces Tiburon captained by Rosendo Gomez caught and released two striped marlin, one of 100lbs and another of 110lbs. They were both landed on macarela lib?ve bait out at the 11:50 spot, for the Cole’s from Delaware, Ohio. That same day, and also at the 11:50 Spot, we had the Pisces Ruthless, captained by JR Alucano, catch and release a 150lbs striped marlin. This fish was also landed on macarela live bait, for a group of anglers from Vista, California. 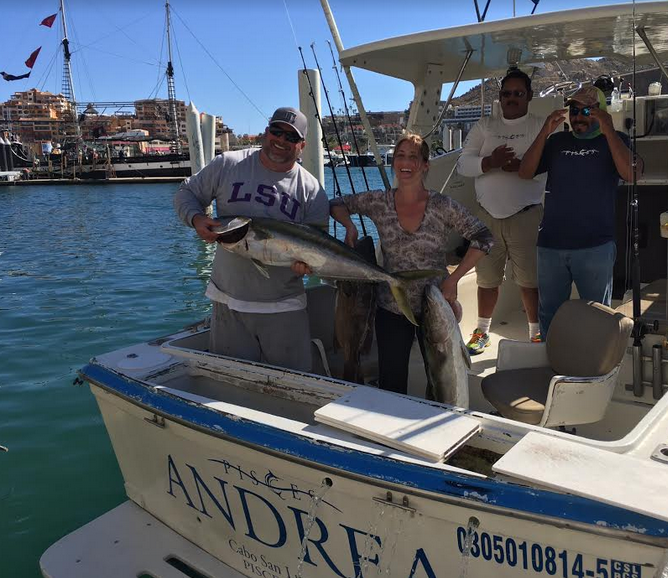 Yellowtails landed aboard the Pisces Andrea for the Breux’s of Brentwood, California (Photo by Eduardo Vazquez).

On the 20th we saw the 38ft Pisces Speedwell, captained by Victor Sandez land a very nice 45lbs wahoo on caballito live bait for a group of anglers from St Paul, Minnesota. While the Pisces Andrea had a very nice mixed bag day, landing two nice yellowtail of around 20-25lbs on macarela live bait out on the Pacific side near Migri?o. They then went on to land two grouper near 10lbs on the same bait at the same location, as well as around 20 triggerfish (most released), all of thjis for the Breux’s of Brentwood, California.

LOCATION: Mostly Pacific side, and some at the 11:50 spot.