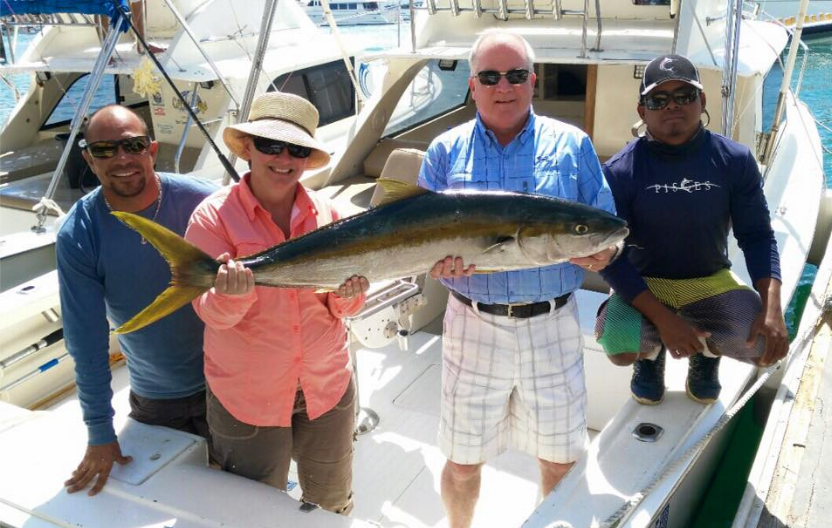 This week saw almost exclusive catches in the other category, with the main gamefish being caught by our boats in the fleet being: sierra mackerel, grouper, yellowtail, red snapper, roosterfish and amberjack. Boats remained for the most part on the Pacific side and used macarela (mackerel) for live bait, or it was cut up as bait and sunk to the bottom to coax out the groupers and other deeper water inshore fishes. Two boats this week landed marlin, one of them having gone out to the Finger Bank, while the other was lucky enough to find a marlin near the Old Lighthouse at Cabo Falso. 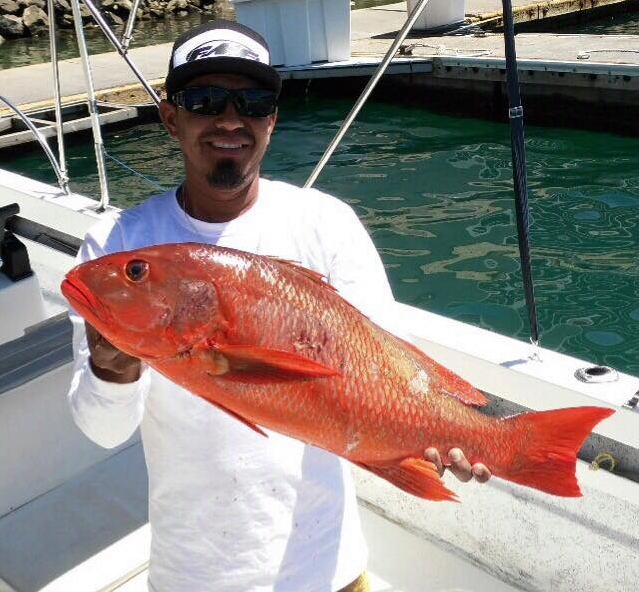 The Pisces Tracy Ann was the boat that landed the first and largest marlin of the week coming in at 150lbs, for some anglers from Massachusetts. The Pisces La Brisa had a nice day on the 8th they found themselves fishing just off the coast near the Golden Gate, where they landed 6 sierra mackerel, as well as a really nice 35lbs yellowtail. While the Pisces Tracy Ann on the 9th had a really nice mixed bag of game fish for their anglers from Houston, Texas. They were fishing near La Lobera (or the sea lion colony) when they landed nine sierra mackerel, seven groupers, and five red snappers. All of these being supreme eating fish, we’re sure that clients have been enjoying this introduction to some of the more varied and smaller game fish species in Cabo.

LOCATION: Pacific side mostly, some in front of Cabo San Lucas.