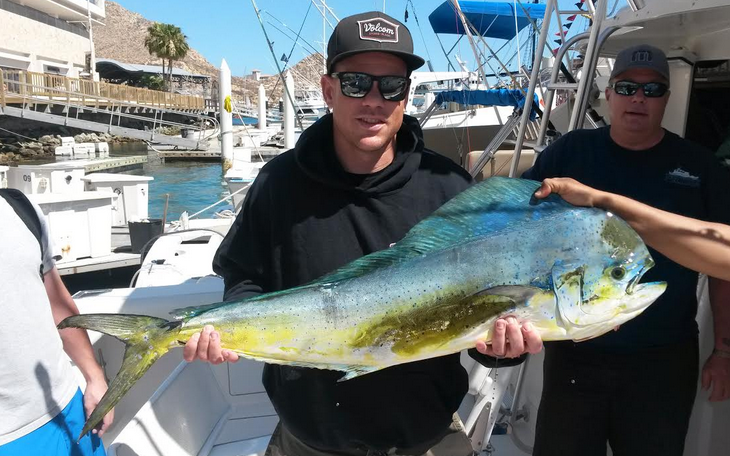 This angler from California shows off a gorgeous 35 pound dorado caught aboard the Pisces Knot Workin (Photo by Abraham Herrera).

Striped marlins are still making a return and were the main feature this week, 79% of all Pisces boats caught fish. Inshore gamefish made up the bulk of catches this week, with many boats landing roosterfish in the 10-45lbs range. Other species landed by Pisces boats included: Ladyfish, red snapper, skipjack, roosterfish, jack crevalle, hammerhead shark, grouper, sierra mackerel and sheephead. Our top marlin boat this week was the Pisces Tracy Ann, captained by Julio Castro caught and released three striped marlin for the Simons from North Carolina. The fish were landed on caballito live bait and ranged from 120 to 170 pounds. On that same day the Pisces Adriana captained by Nicolas Winkler had the Bools from Nevada on board. They were fishing on the Cortez side where they caught and released two striped marlin of 100 and 150lbs approximately, as well as four roosterfish from 15-25lbs. Tito Olascoaga, the captain of the Pisces Knot Workin put some lucky anglers from California on one of the few dorado of the week, a nice 35 pounder landed on a blue lure. They also managed to catch and release a 150lbs striped marlin and a 15lbs skipjack. 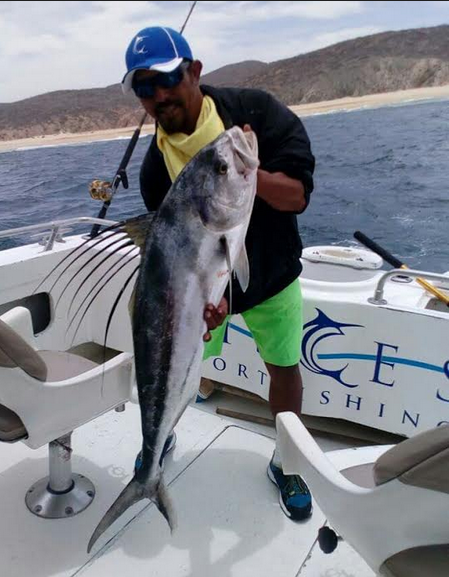 Deckhand Pablo of the Pisces Adriana holding up a massive rooster!

There were also quite a few hammerheads caught and released this week, it is also important to note that the Mexican government has imposed a temporary shark fishing ban. Making it all the more important to handle these fish with care, and that they be released safely once at the boat. Captain Orlando Murillo of the Pisces Adriana did just that, his anglers from Everett, Washington caught and released hammerhead sharks of around 80lbs, as well as getting two nice 5lbs grouper. These were all landed on caballito live bait just off of Chileno on the Cortez side. The Pisces La Brisa captained by JR Alucano decided to go in the opposite direction from most boats this week and went to San Cristobal for inshore fishing on the Pacific side. This paid of handsomely for their group of anglers from Oregon, who managed to catch and release six roosterfish of between 30-45 pounds. It seems like these large roosterfish have started to make an appearance and will surely feature in next weeks report.

LOCATION: Sea of Cortez and San Cristobal on the Pacific side. 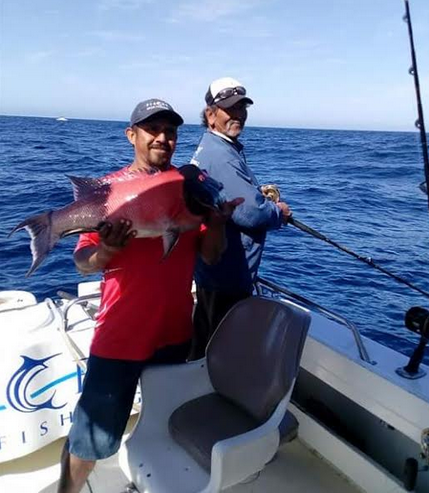 Deckhand Pablo holds up a very nice sized Sheephead, with captain Nicolas Winkler of the Pisces Adriana in the background.